Packers vs. 49ers: Updates and scores from the NFL playoffs 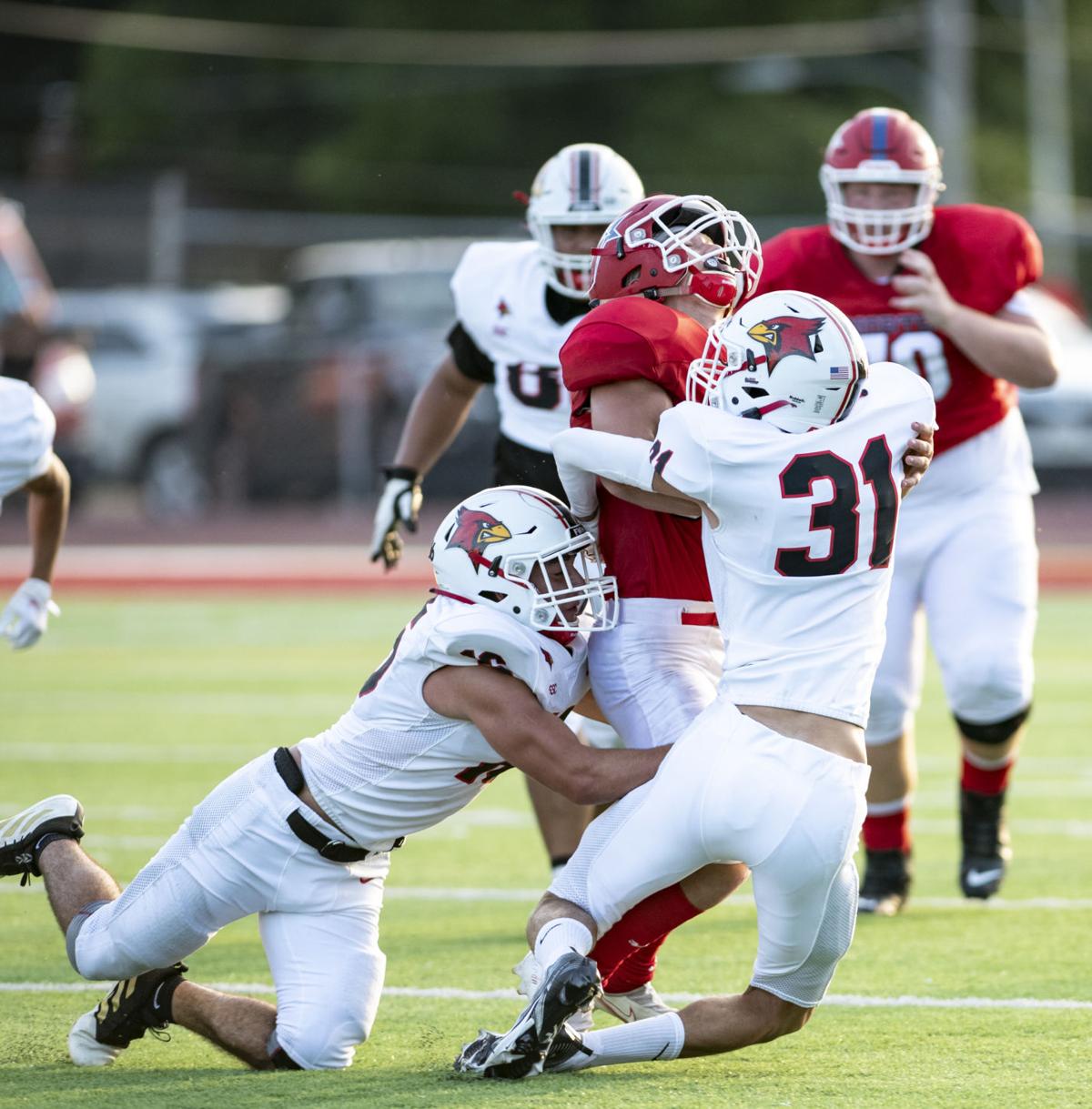 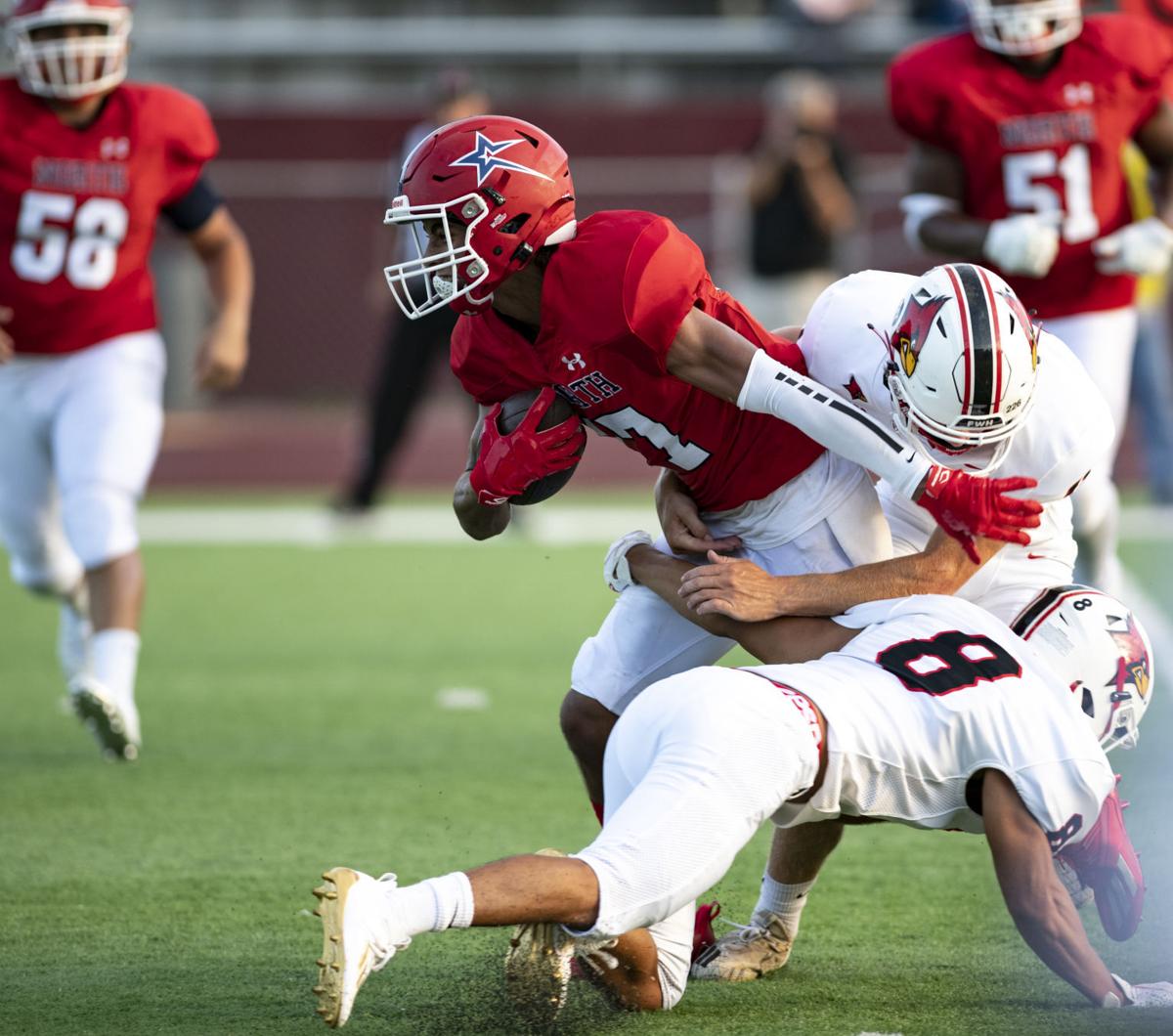 Senior linebackers Peyton Martinez and Tyler Knowles have played a key factor in the defense’s success.

Knowles and Martinez combined for 13 total tackles in Friday’s 21-0 win over Omaha Northwest, guiding their team to a shutout victory at home.

“I think we’re just building a lot of confidence and we’re having fun,” Knowles said. “I think the defensive ends are doing a great job containing the ends and that makes our job easy in the middle. That just makes it fun to play more aggressively.”

The Cardinals’ defense also recorded three takeaways, including a pair of interceptions by Marco Alvarado.

It was the second time the Cardinals won a ball game, after starting the season 0-3. The Cardinals also defeated Omaha Bryan by a comfortable margin last week on the road.

Knowles and Martinez are this week’s Metro Athletes of the Week.

Knowles and Martinez weren’t originally linebackers. They were both in the secondary.

“I think it was easy with me and Peyton, because we communicated with each other pretty well,” Knowles said. “It all worked out well for each other.”

Both were asked to move up to make the defense stronger, and neither senior batted an eye. The Cardinals’ seniors were eager to do what was best for the team, and they wanted to take on the challenge.

“Those two have been a good combination for us,” Cardinals head coach Chris Stein said. “They both run and not a lot of teams have a pair of inside linebackers who can run as well as they can.”

It seems like the pair of Cardinals have done that so far in 2021.

The two are quick linebackers, which help the Cardinals be flexible on defense.

Since the linebacker corps as a whole has speed, Cardinals defensive coordinator Jackson Dickerson has more freedom to call blitzes. Or, when the Cardinals stay back, the defense as a whole has the ability to sprint to the football to limit big-yard plays.

“Our guys are accepting what we do defensively,” Stein said.

Martinez led the South Sioux defense during Friday’s win, collecting seven total tackles, and five of them were unassisted.

Martinez also had three tackles for loss, and he sacked Northwest quarterback Nate Ayer once.

He’s been the most improved player on defense, Stein said.

“He just doesn’t miss, and as a linebacker, that’s all that matters,” Stein said. “Peyton never misses. He is where he is supposed to be.

“He is by far the best tackler we have on the team,” Stein added. “He doesn’t miss very often. Peyton has gotten better all the way around. He has really improved.”

Martinez figured out how to transfer learning how to use his leverage in wrestling, and applied that to tackling as a linebacker.

Stein said he figured out how to take wrestling into football on his own.

“We really believe that wrestling makes great tacklers,” Stein said. “We aren’t necessarily pushing the wrestling program, but we are a little bit, but when they can do both sports, we really want the younger kids to get in the wrestling room.”

The way that Martinez doesn’t miss tackles has other Cardinals wanting to do the same, and Stein has seen that both on the field and on film.

“Peyton leads the way in that category,” Stein said.

Knowles, meanwhile, is the leader by example on defense. He’s playing out of position, and moved up to linebacker after a couple players opted not to go out for football.

Knowles and Stein agreed that the South Sioux senior was versatile enough to move up to linebacker.

Knowles said the biggest adjustment he has had to make so far was reading the guards and tackles.

Stein admitted that it took a game or two for Knowles to learn the ins-and-outs of the linebacker spot, but said that Knowles has progressed well.

“He was always more of a physical safety, and that’s part of the reason why we moved him up there,” Stein said. “He has carried that through.”