SIOUX CITY — The ice was cold, the snow fell outside on Friday night, but the offense was red hot for the Sioux City Musketeers at Tyson Events Center.

The Musketeers soundly defeated Omaha, 7-3, in a game that featured plenty of offensive fireworks from Sioux City.

Two players, forward Dylan James and defenseman Tabor Heaslip, scored multiple goals for the Muskies, while Owen McLaughlin came away with three assists to push his team-leading points total to 36.

In all, Sioux City took 30 shots on goal against the Lancers, while securing its 16th win of the season.

Sioux City coach Luke Strand credited a strong week of practice for much of the team's success on Friday night. After a tough loss at home last week to Fargo, the Musketeers hit practice hard, in order to ensure they could bounce back.

“It’s a product of what the guys did this week,” Strand said. “We kind of dug in on individual, but making the we bigger than the me. I was proud of their response, and what they did.”

The game got off to a fast start, with the Musketeers and Lancers combining for five goals in the first period.

Sioux City got on the board first, with a goal from Charlie Schoen took the team lead with his 14th goal of the season, at the 3:13 mark of the first. Schoen was helped by an assist from team points leader Owen McLaughlin and defenseman William Smith, playing in his first game with Sioux City.

The Lancers tied it up three minutes later with the first of two first period goals from forward Michael Cameron, but it wasn’t long before the Musketeers took the lead again, thanks to Dylan James’ ninth goal of the season.

McLaughlin picked up his second assist on the play, along with defenseman Mikey Adamson. Sioux City made it a two-goal lead at the 7:45 mark when Tabor Heaslip scored with an assist from Grant Slukynsky.

That goal made it a 3-1 game, but Omaha pulled back within one goal when Cameron scored again.

At the end of the first period, Sioux City held a 3-2 lead over the Lancers, though Omaha out-shot them in the frame, nine to five.

James scored again at the 9:45 mark of the second period, with assists coming from Adamson and Ben Steeves, to make it a 4-2 Sioux City lead. The score was James' 10th goal of the year.

After Hunter McDonald scored for Omaha to make it a one point game once again, former Lancer Bennett Schimek hit one into the net against his old team for a 5-3 Musketeers advantage headed into the third period.

Early in the third period, Sioux City forward Griffin Ludtke scored his fourth goal of the season to put the Musketeers up, 6-3. McLaughlin and Latvian-born defenseman Ralfs Bermanis continued assists on the play, which gave McLaughlin three for the game.

McLaughlin now has 22 assists on the year to go with his 14 goals. Along with his big numbers on offense, Strand has been impressed with McLaughlin’s defensive acumen as well.

“He’s got more than offense, which I don’t know if people realize,” Strand said. “Because he’s 6-2 and long, with a good stick. But he can play both ends of the rink. That group, that combination of him, James, and Schoen have been dynamite for us.”

As a University of North Dakota commit and Philadelphia Flyers draft pick, McLaughlin is destined for higher levels, but he has made an impression on the USHL in his time with the Musketeers.

His 1.20 points per game average is 14th in the league, while his 36 total points is the ninth-most in the USHL.

“He’s a special player,” Heaslip said. “He’s super creative, and he’s not afraid to go for that risky play. Obviously, high risk, high reward. He also works his butt off every day in practice, he’s very supportive of everybody else, and he’s kind of like a leader without a letter. He’s a great guy to have around the locker room, and out there on the ice too.”

Heaslip scored the final goal of the night for the Musketeers, scoring his second of the night at the 15:57 mark of the third period, with assists from Nick Pierre and Slukynsky. Heaslip came into the game with just two goals on the season, and was happy to finally have his moment to shine for Sioux City.

“Obviously, it makes you feel a little bit better about yourself. You see that, and you know you can go out there and do it,” Heaslip said. “You kind of hold yourself to that standard every night, but I also just try to go out there and play my game, and try to not worry about points too much.”

The Musketeers finished with 12 assists along with their seven goals, while Musketeers goalie Axel Mangbo had 29 saves on 32 opportunities.

The win concludes a five-game homestand for Sioux City, which the team finished 2-3.

The Muskies will travel to Fargo next weekend, where they will play a pair of games against the arch-rival Force, who defeated the Musketeers last weekend, 4-2.

After spending so long at home, Strand thinks a road trip will be a good thing for his squad.

“There is a lot of team-building that happens on the road,” Strand said. “There is a sour taste in our mouths from a week ago when we lost to Fargo and played a pretty darn good game, but couldn’t put it away. It’ll be exciting, and we’ve got a big week ahead of us.”

Bo Koedam has emerged as one of the state’s top young wrestlers over the first month and a half of his high school career, with a 24-4 overall record, and a No. 5 ranking at 126 pounds in Class 2A, according to IAwrestle.com.

With their two wins, the Class 2A No. 5 ranked Warriors clinched the Missouri River Conference dual title.

A total of nine Musketeers players were named to the NHL Central Scouting Midterm List on Wednesday, which ranks the top players in North America that are eligible for the upcoming NHL Draft.

Caleb Holmes is a multi-tool weapon on the floor for the Blackhawks. His 255 points is by far the most on the team, and is currently tops in the War Eagle Conference. He also leads the team with 24 3-pointers and 28 steals, 2nd most in the conference.

The Chargers and Mustangs meet at 7 p.m. Saturday at Morningside, as both teams continue the GPAC season. Over the last four meetings between the two, the Mustangs and Chargers have split them, going 2-2 apiece.

SIOUX CITY — Sometimes in basketball, it all comes down to the final shot.

SIOUX CITY-- It all came down to the final match.

MOVILLE, Iowa — The Kingsley-Pierson High School basketball team held Woodbury Central to 13 points in both the second and third quarters to b…

Jeff Davenport died in 2014 at the age of 57, but the South Sioux Cardinals wanted to make sure his legacy lived on.

VERMILLION, S.D. — Even as a freshman, Grace Larkins is making a mark on the University of South Dakota women’s basketball team.

No. 6 SB-L grinds out victory 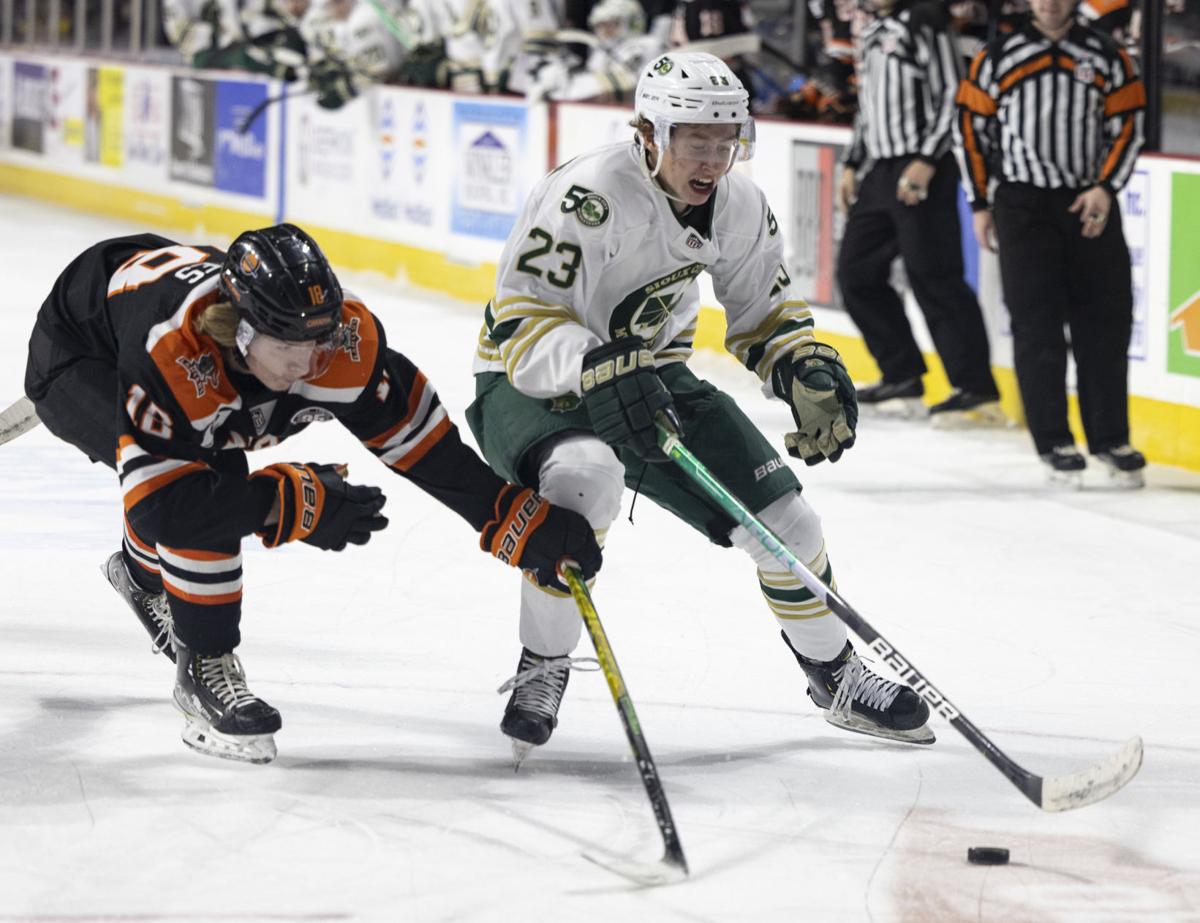 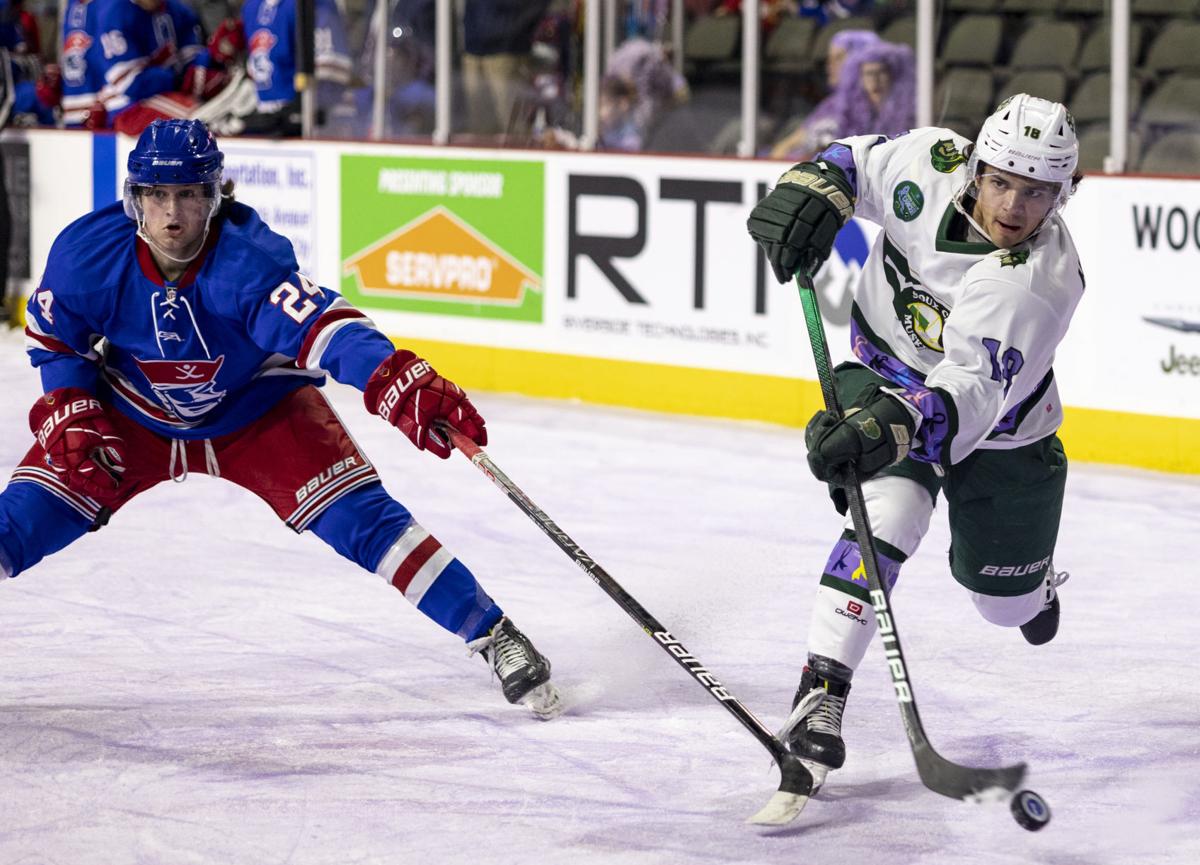 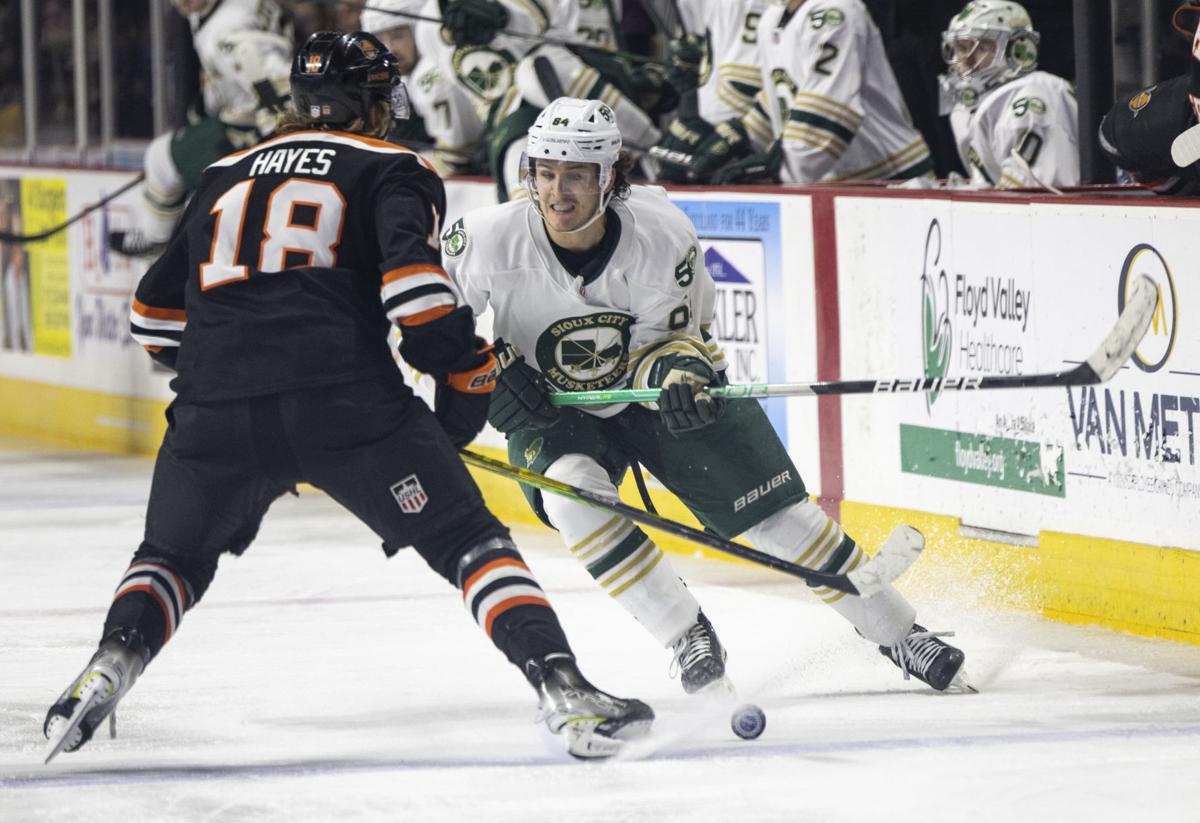