SERGEANT BLUFF — Two defending state champions were in Sergeant Bluff-Luton’s gym on Thursday, but both teams had different looks to them this year.

Still, coming into Thursday’s early-season match, SB-L was ranked No. 4 in 4A, moving up a spot from last week’s poll, and 5-1 on the season with the only loss coming against MOC-Floyd Valley, which is ranked No. 9 in Class 3A.

Western Christian was in a familiar spot in the 2A rankings at No. 1. The Wolfpack had a 5-3 record with the three losses coming at the highly-competitive Bellevue Tournament to open the season.

So Thursday’s match was still one featuring two programs with a lot of potential again this season.

Sergeant Bluff-Luton came out strong in the third set and that helped the Warriors take control of the match. The strong play carried over to the fourth set as SB-L took down Western Christian 25-21, 17-25, 25-19, 25-18.

“I know both of us graduated a bunch of seniors so it was fun for us to come out this early in the season and see what our teams could do. My team really showed up tonight.”

It’s the second season in a row that Western Christian has lost to SB-L.

Last season the Wolfpack bounced back and went on to win a state title.

“I told the girls, you can be disappointed that you lost because losses should sting a little bit,” Western Christian coach Tammi Veerbeek said. “But don’t be overly disappointed that we lost to the 4A state champs on their home court.

“I think we were disappointed that we didn’t play as well as we could’ve.”

The Wolfpack’s offense was on full display in the second set but it lacked consistency for the other three sets.

Western Christian only hit .099 for the match. Stella Winterfeld and Sienna Moss each had nine kills and Abby Verburg added eight kills.

“(After the first set) I told them to be the aggresors and they were and in set two I thought our offense was clicking. Things started to look better for us,” Veerbeek said. “Game three was pivotal and SB-L jumped on us early and I just thought we were scrambling. I just felt we couldn’t get in our offense like we wanted to and it showed up in our stats.

“I thought they served more aggressively than us and we couldn’t control where we wanted the ball to go well enough to beat a team like that.”

While the Wolfpack scrambled a bit, SB-L’s back row was keeping the Warriors offense in enough of a flow.

“Mia was everywhere,” Winkel said. “She’s solid and as our lone senior, that’s what we need. She’s the only senior leading the group. She leads through her actions and she definitely did that tonight.”

Gamet’s play in the back row helped the Warriors hit .253 on Thursday.

Hinkel had 33 assists and Madison Wilcoxon had 19 assists.

“That’s exactly what we need her to do,” Winkel said. “This is her third year on varsity and she’s the most experienced one behind Mia really. That’s what we needed her to do and she stepped up huge. It was great.”

The Warriors have plenty of offense around Salker, too.

Addy Mosier stepped up with 13 kills with at least four coming in the third set. Makayla Grote finished with nine kills, including two in the fourth that helped the Warriors pull away for the win. Isabelle Lenz had seven kills and Payton Hardy added four kills.

“Makayla has been great for us on the right side. She hits the ball well and she goes a great job blocking. She’s really found her niche over there,” Winkel said. “Mosier is just fun to watch. She has such a vertical and she just gets up. We are still working on the consistency piece

“We just need six people out there, doing their job. That’s what it takes.”

The first set started as a back-and-forth contest between the two defending champions.

SB-L held onto the lead and then a kill and an ace ended the set in favor of the Warriors, 25-21.

The Warriors had a 6-5 lead in the second set when Winterfeld put down a kill. That sent her to the serving line and the Wolfpack got the next five points with Winterfeld serving two aces.

SB-L tried to chip away at the lead but the Wolfpack didn’t allow the Warriors to go on any big runs as Western Christian went on to win the second set 25-17.

METRO ATHLETE OF THE WEEK: Taylor Wilshire provides stability in back row for Dakota Valley

The Warriors bounced back with a 6-1 run to start the third set. Mia Gamet had two aces during the run.

SB-L held onto that cushion throughout the third set and went on to win 25-19.

SB-L carried over its solid play into the fourth set with a 7-2 run to start. This time Western Christian came back and took an 11-10 lead.

The Warriors regained the lead and with SB-L up 16-15, the Warriors went on a 6-0 run that featured two kills and two block assists from Grote to go up 22-15. Grote later put away the final kill for the 25-18 victory to claim the match in four sets.

JOURNAL SIOUXLAND FEMALE ATHLETE OF THE YEAR: Olivia Granstra leaves quite the impression at Western Christian

METRO ATHLETE OF THE YEAR: Sergeant Bluff-Luton's Foley lives out her dream of winning volleyball title

Both teams are coming off losses and enter the week 3 matchup at 1-1.

Down 35-34 at the Boyden-Hull/Rock Valley 10-yard line with 11 seconds left, Smith knew what he wanted to do. But then he noticed something in the Nighthawks' defense. 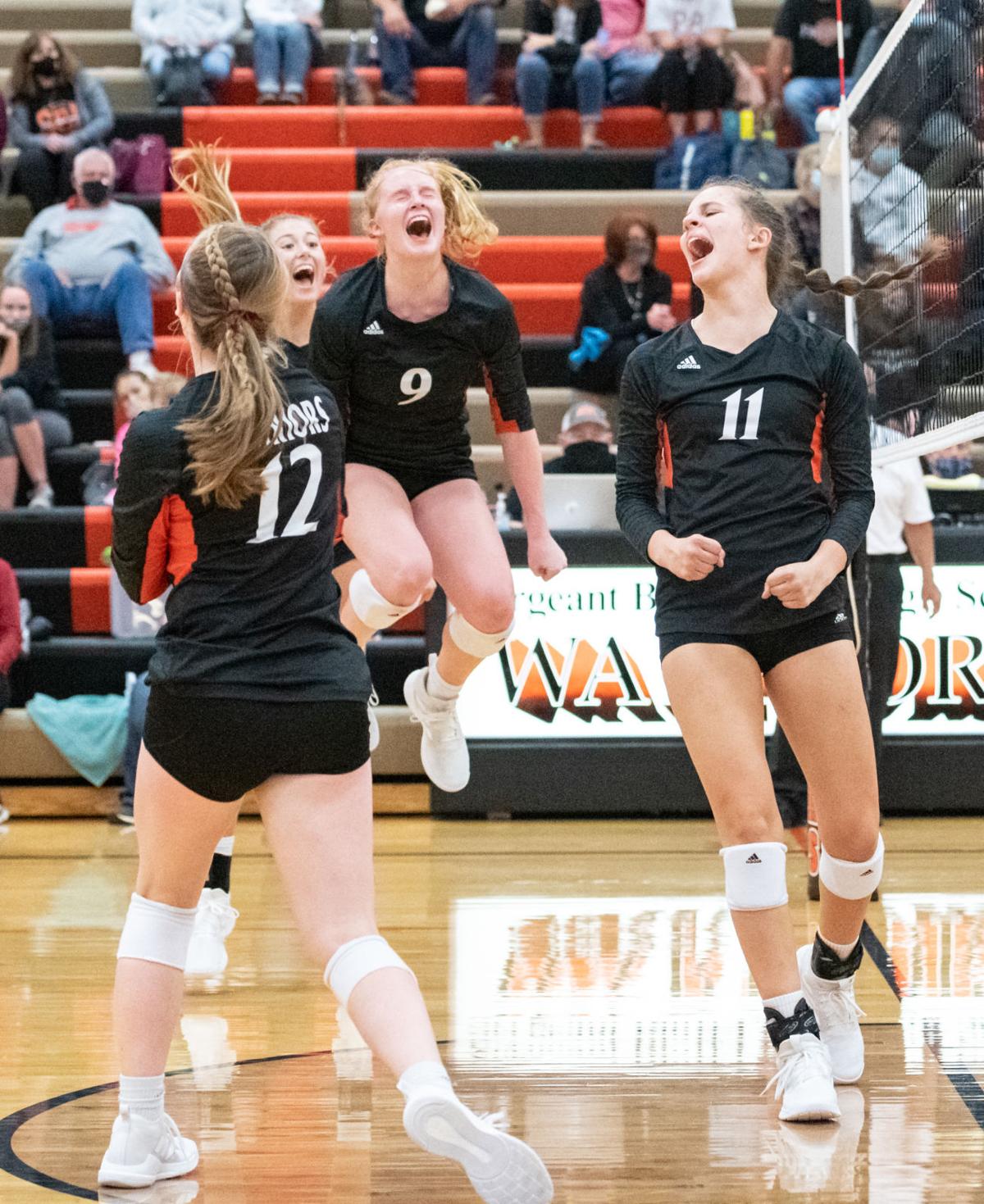 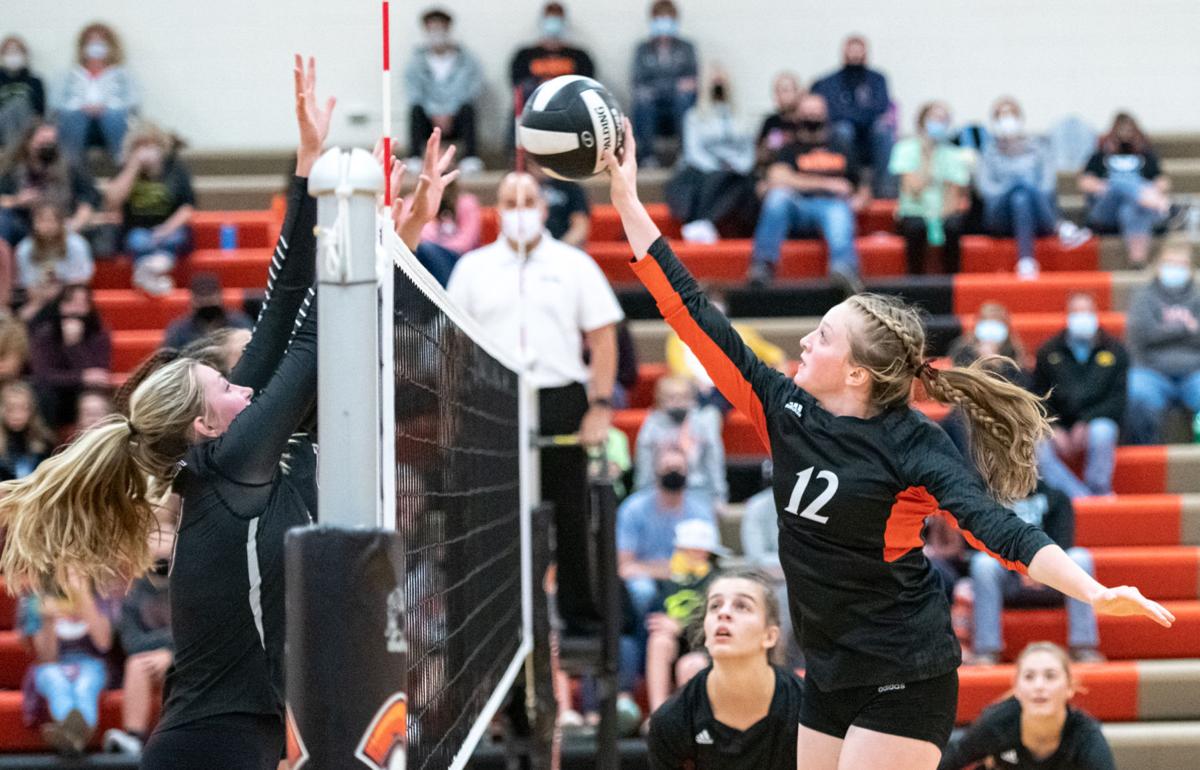 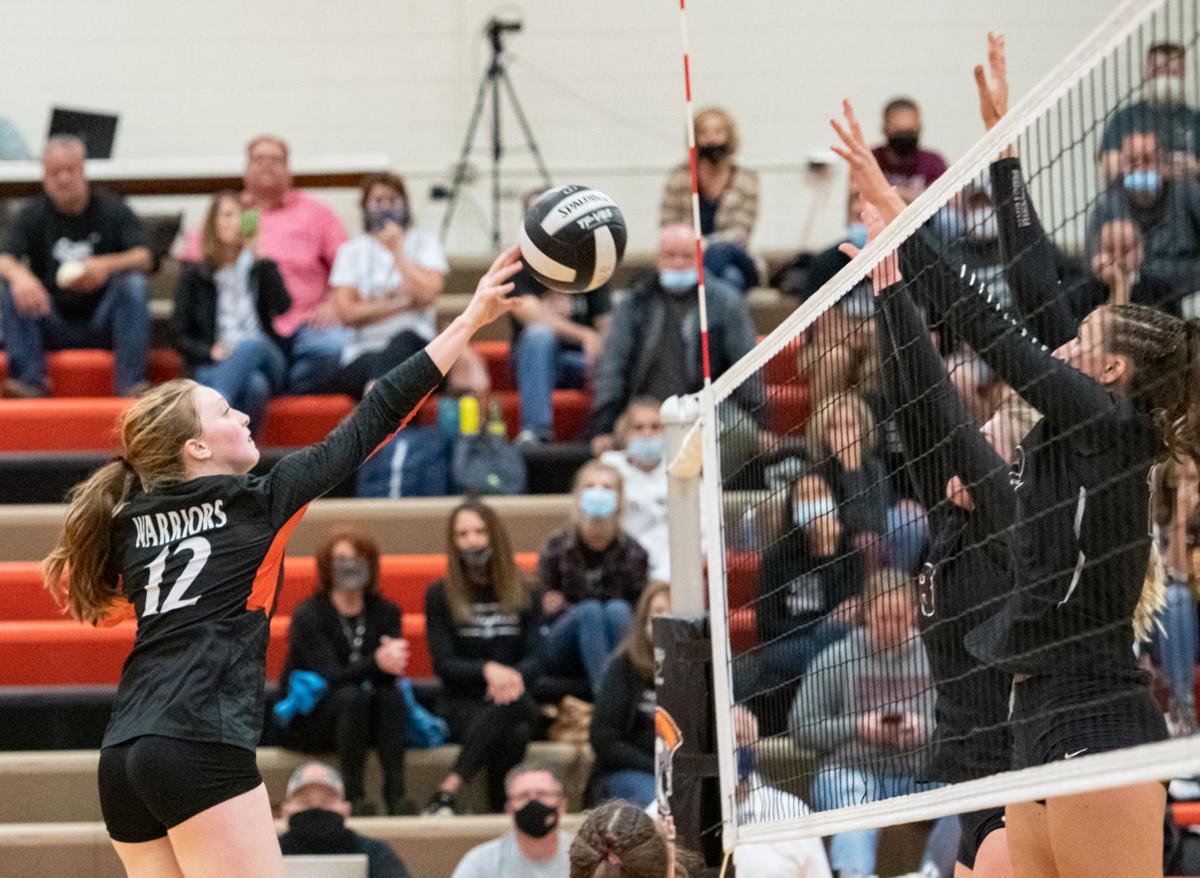 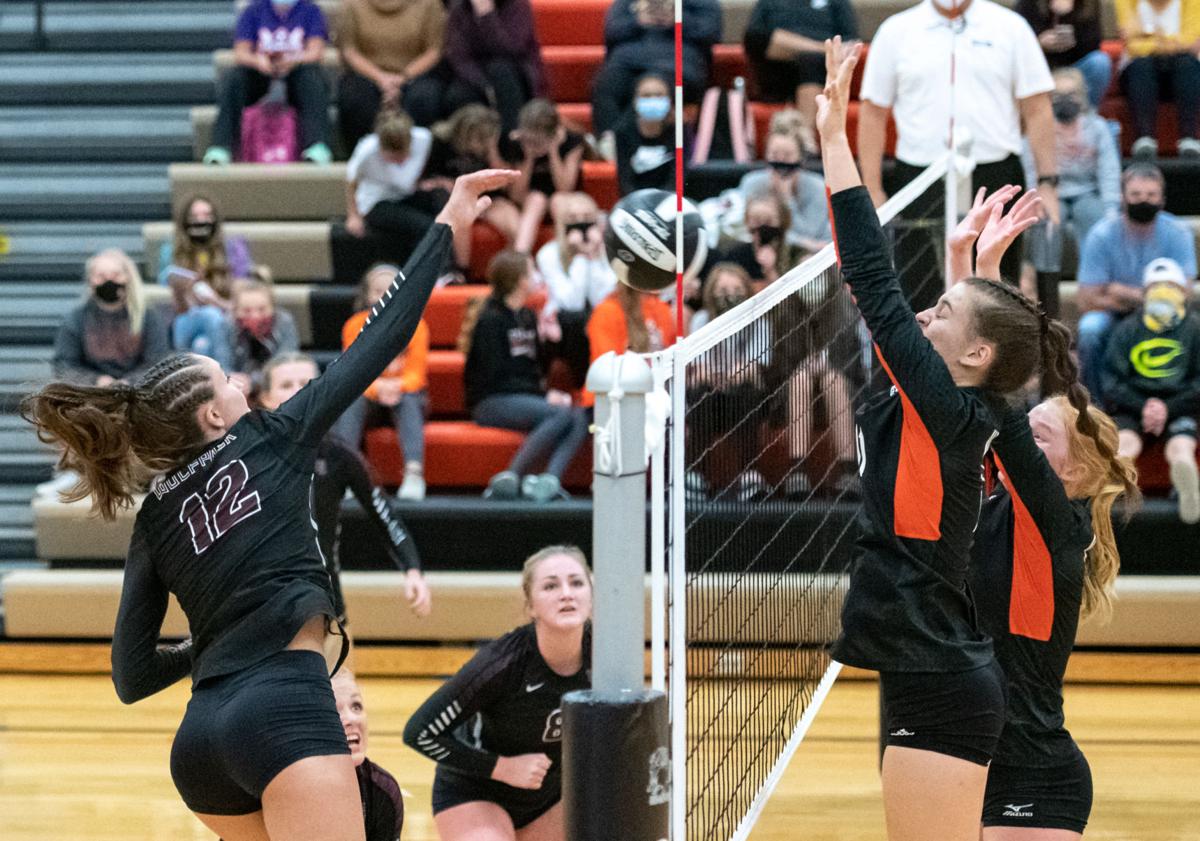