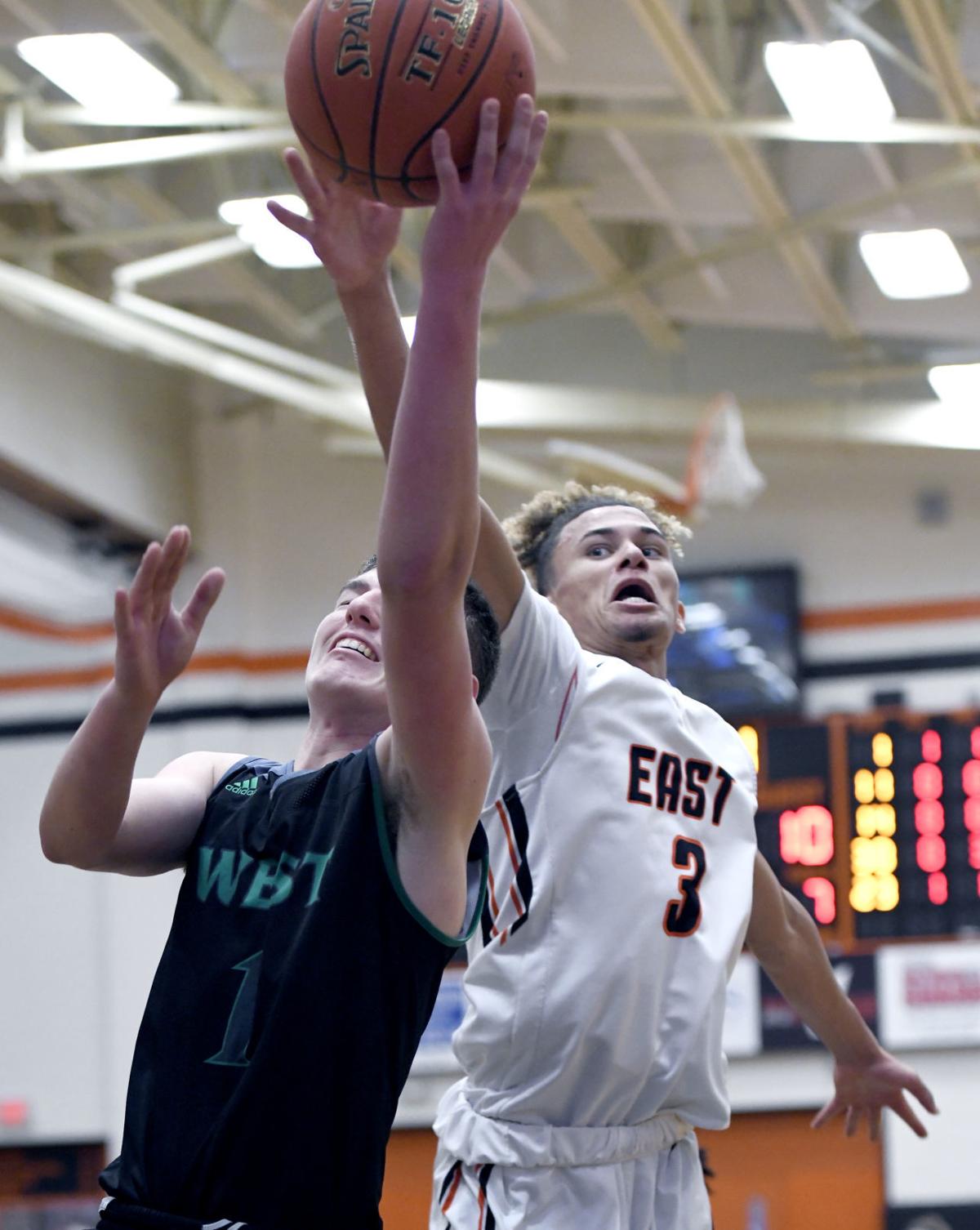 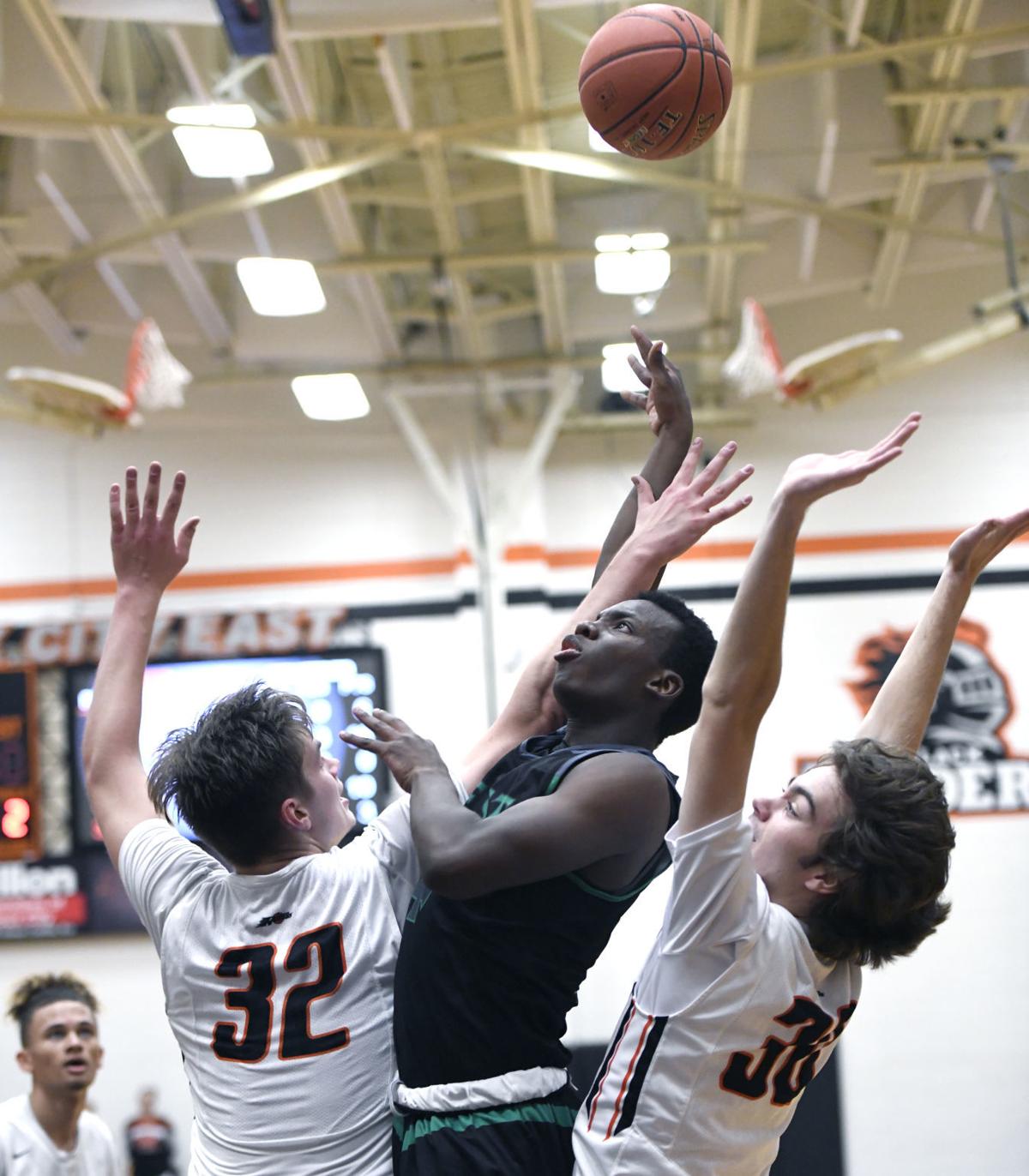 The Black Raiders pulled away in the second half, however, with a 72-61 win Friday at East High School over West in a city battle.

Much like on Tuesday for Sergeant Bluff-Luton, Vanderloo had to have a “come to Jesus meeting” and even though Vanderloo couldn’t relay what he said at halftime, the Black Raiders listened to Vanderloo’s message.

“We got some things figured out,” Vanderloo said. “It’s a coaching deal. Everyone knew it, it wasn’t a secret. We just needed to be locked in. If four guys are running the play correctly, and one isn’t, it doesn’t work. We had to have all five.” 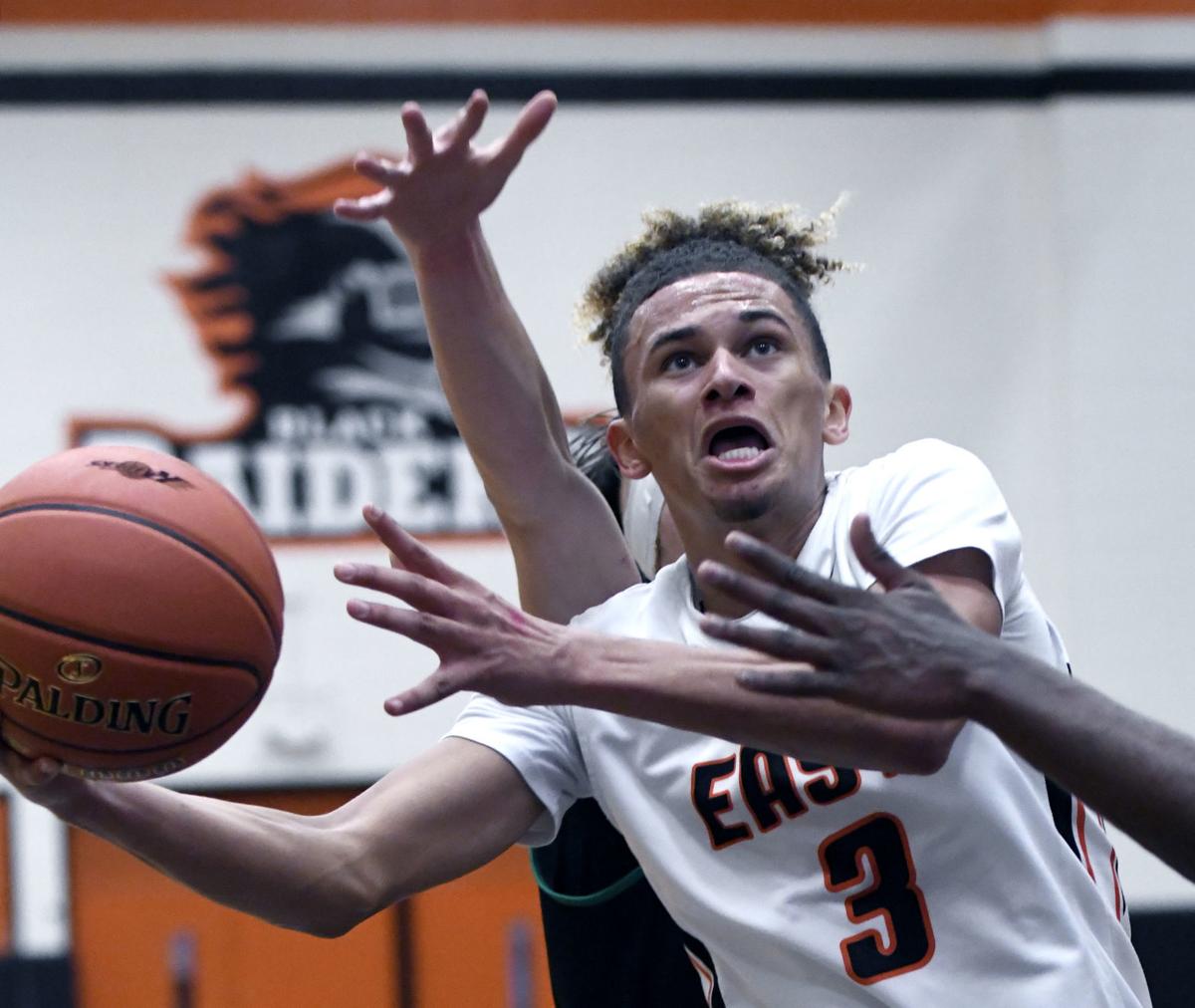 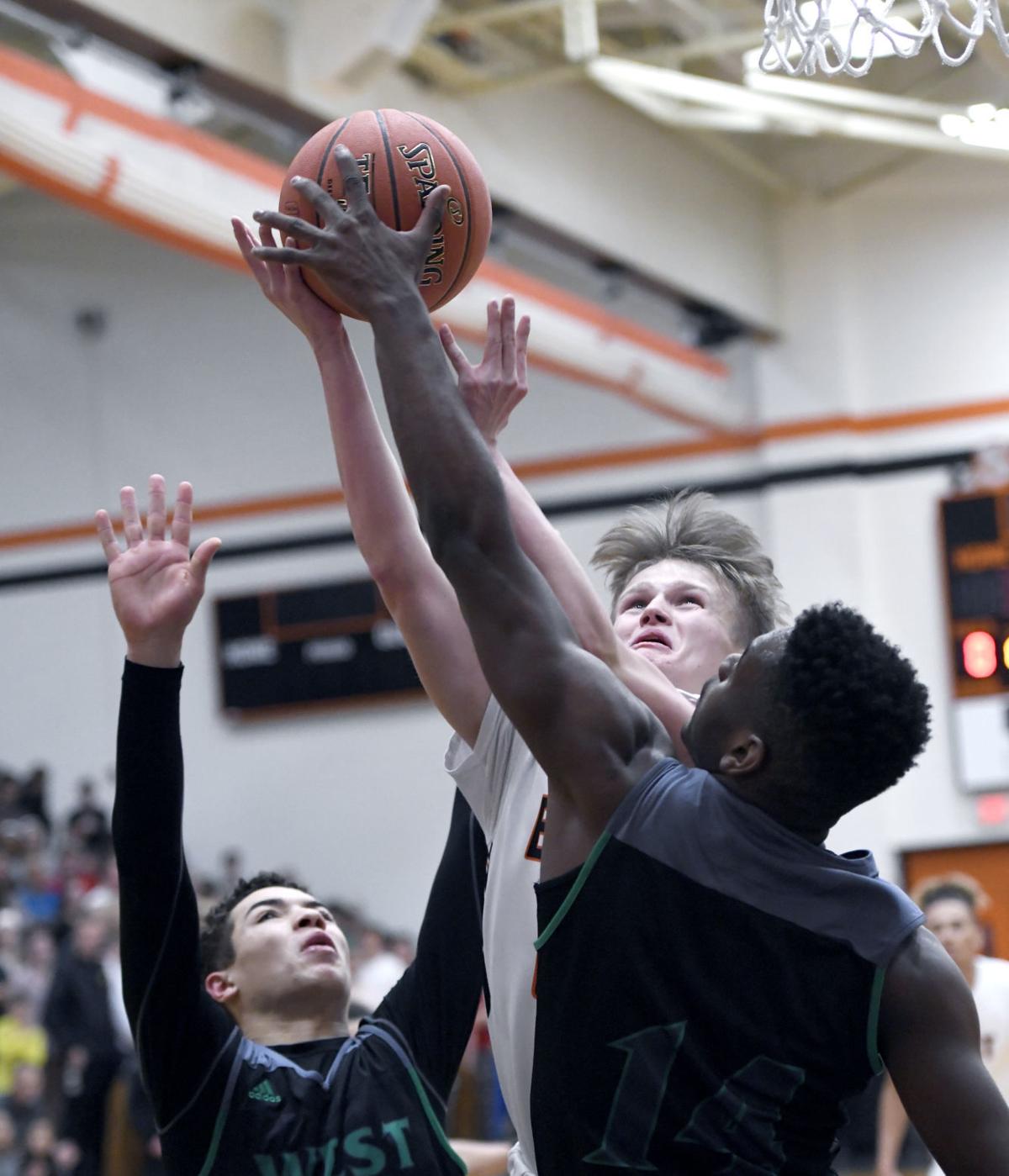 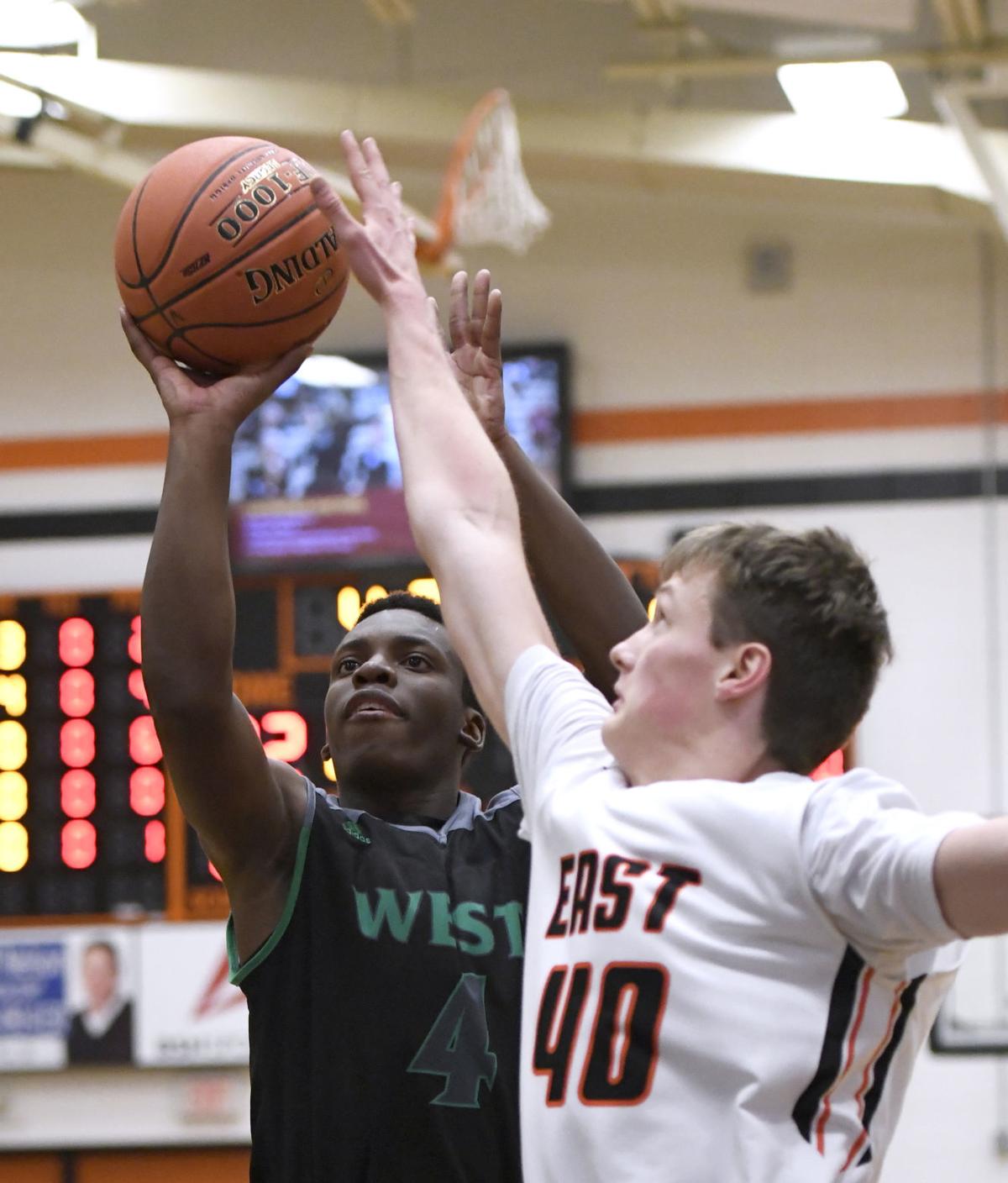 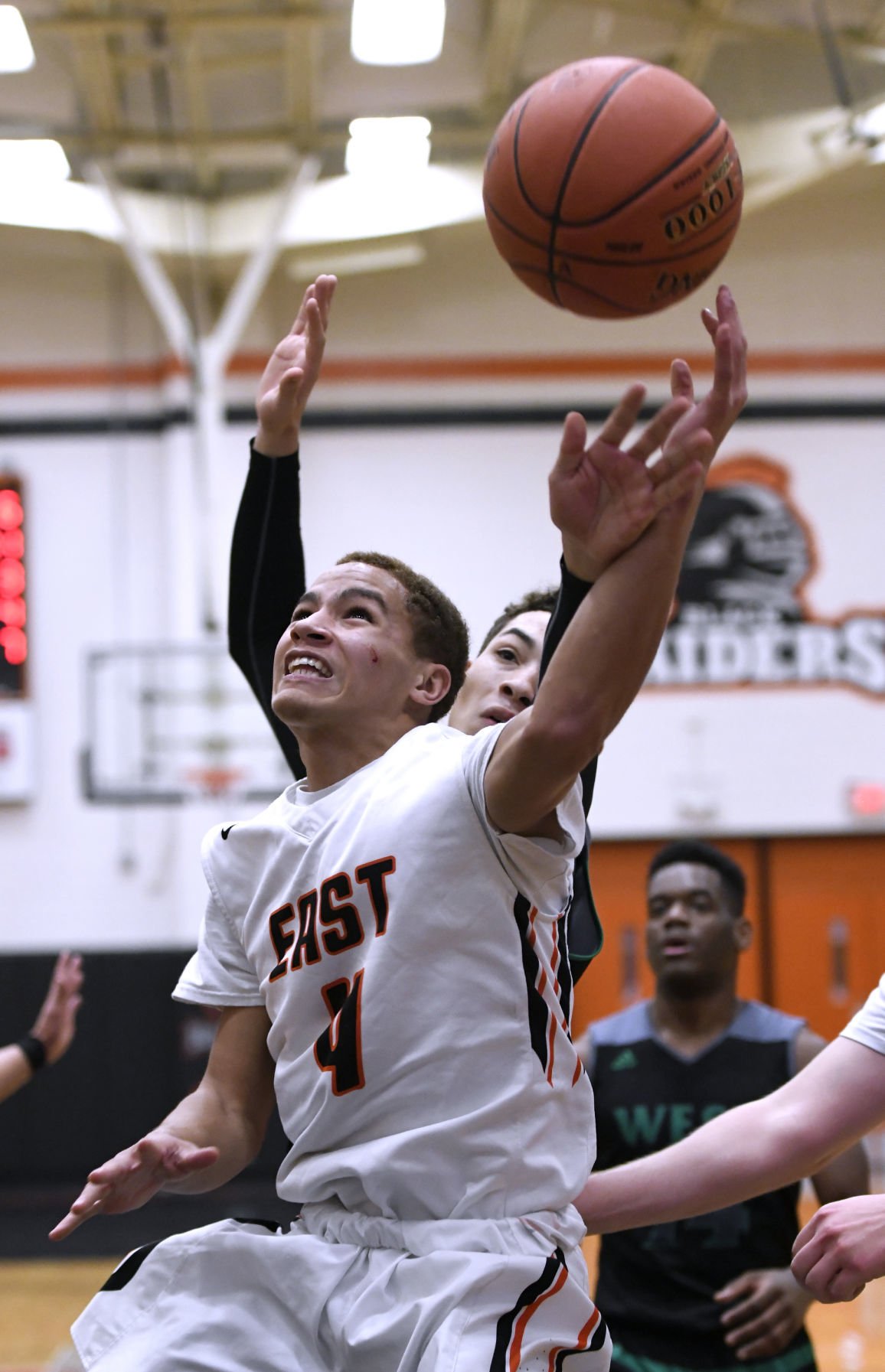 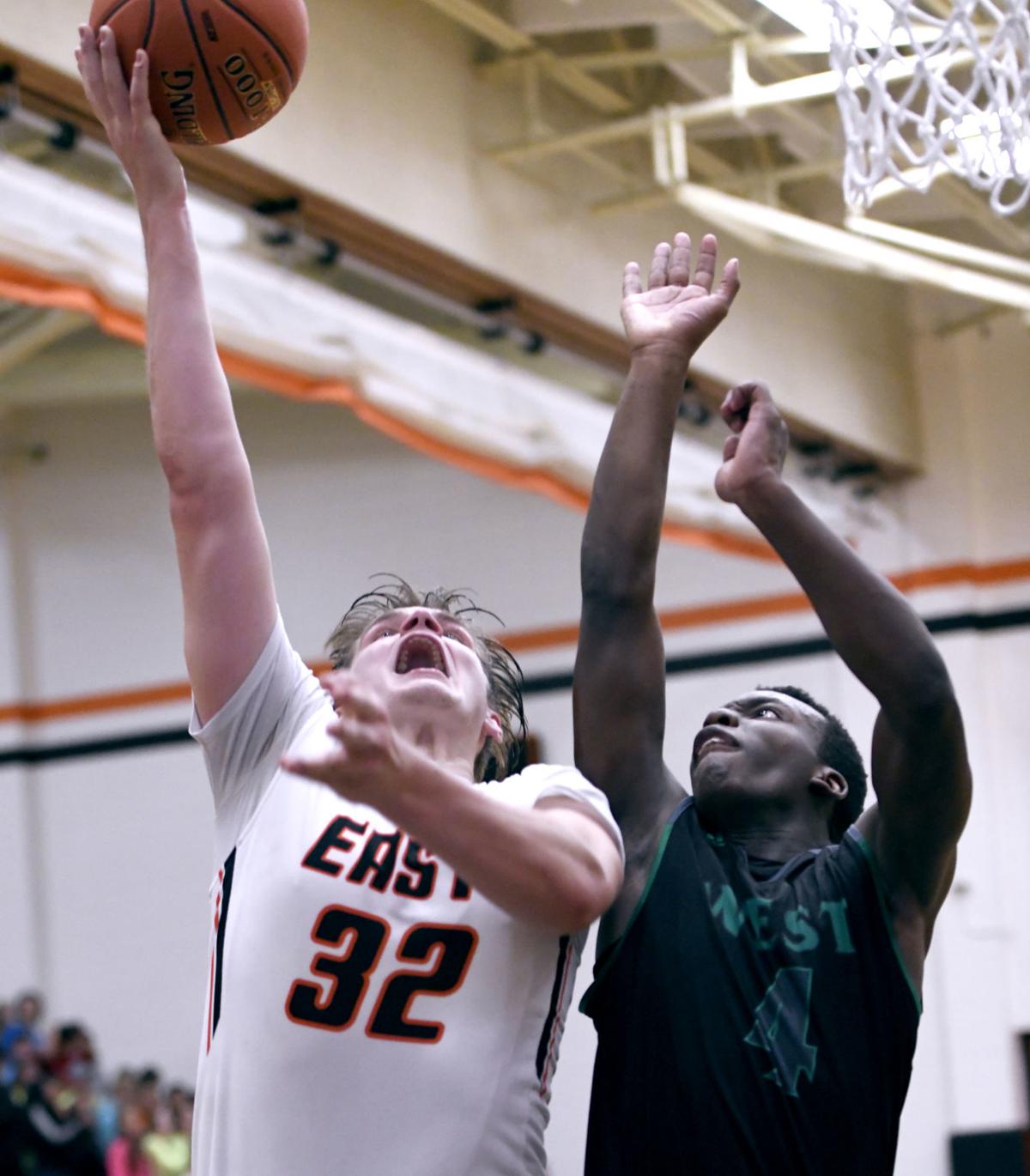 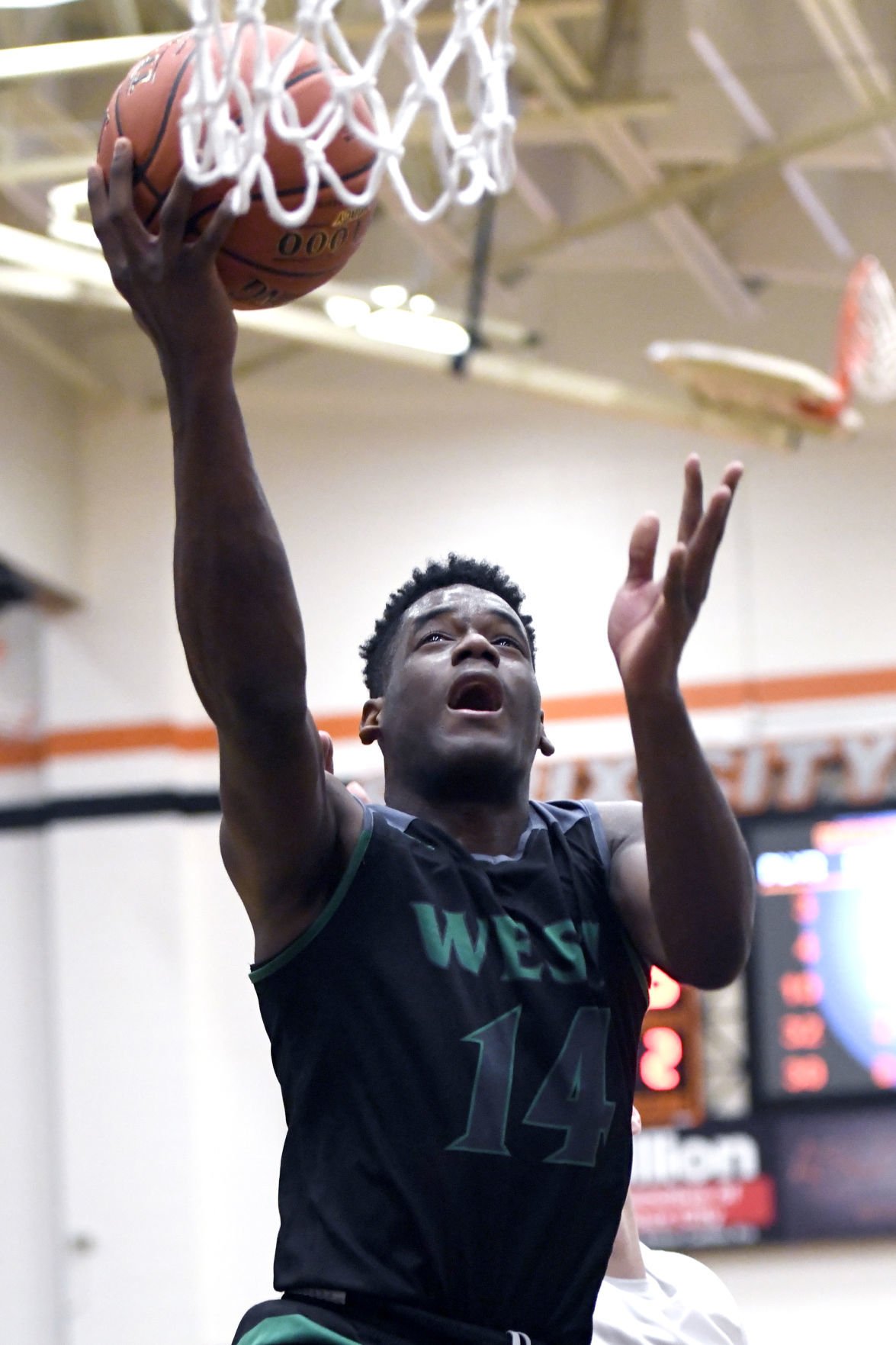 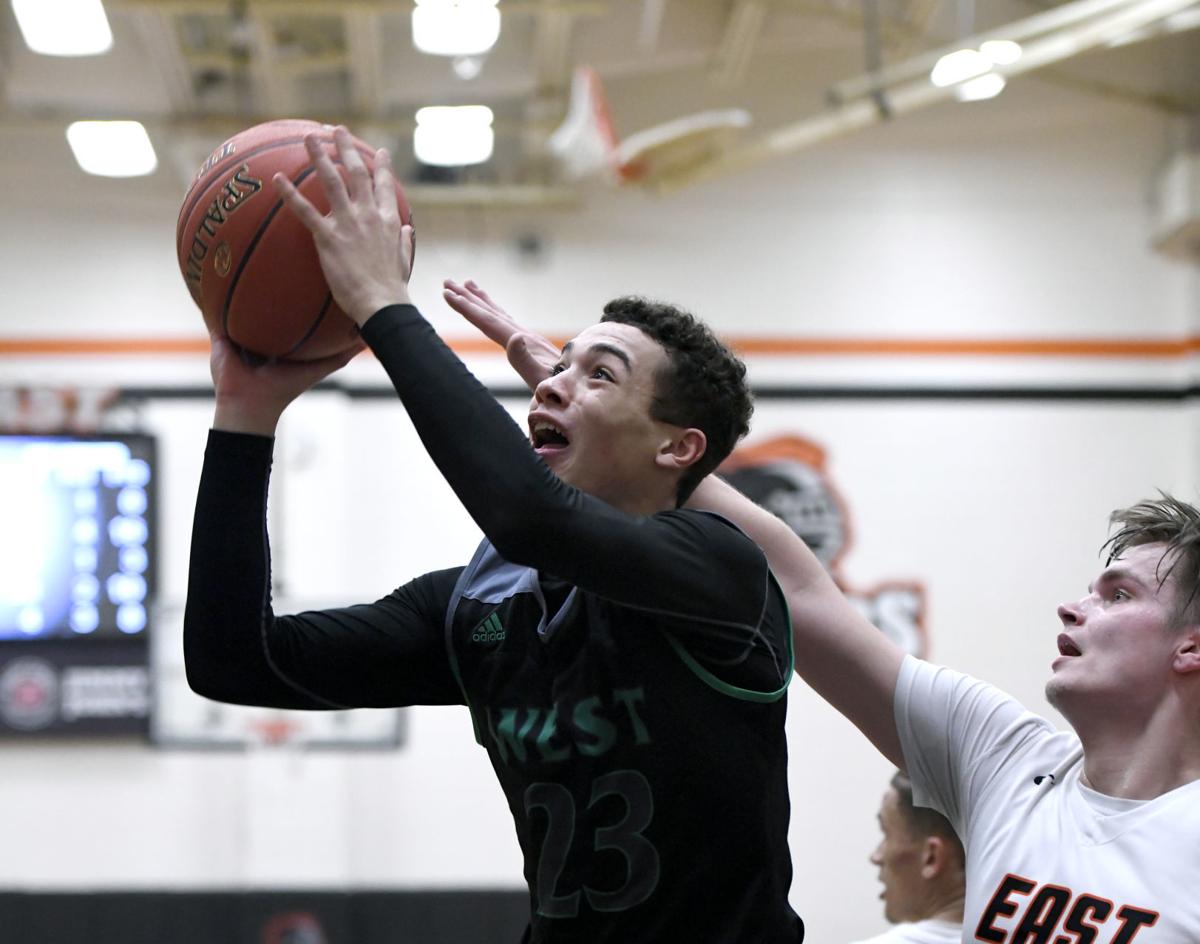 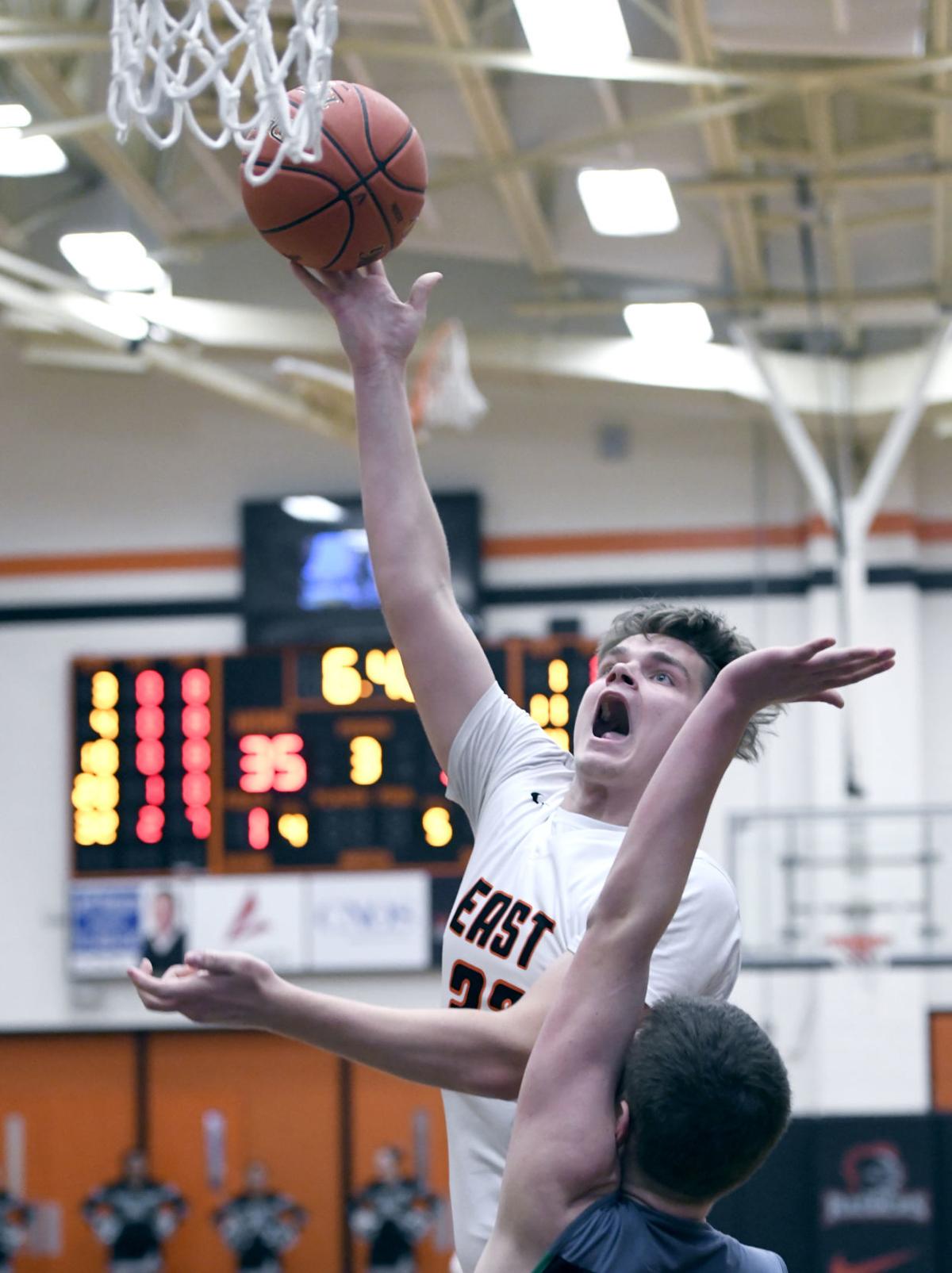 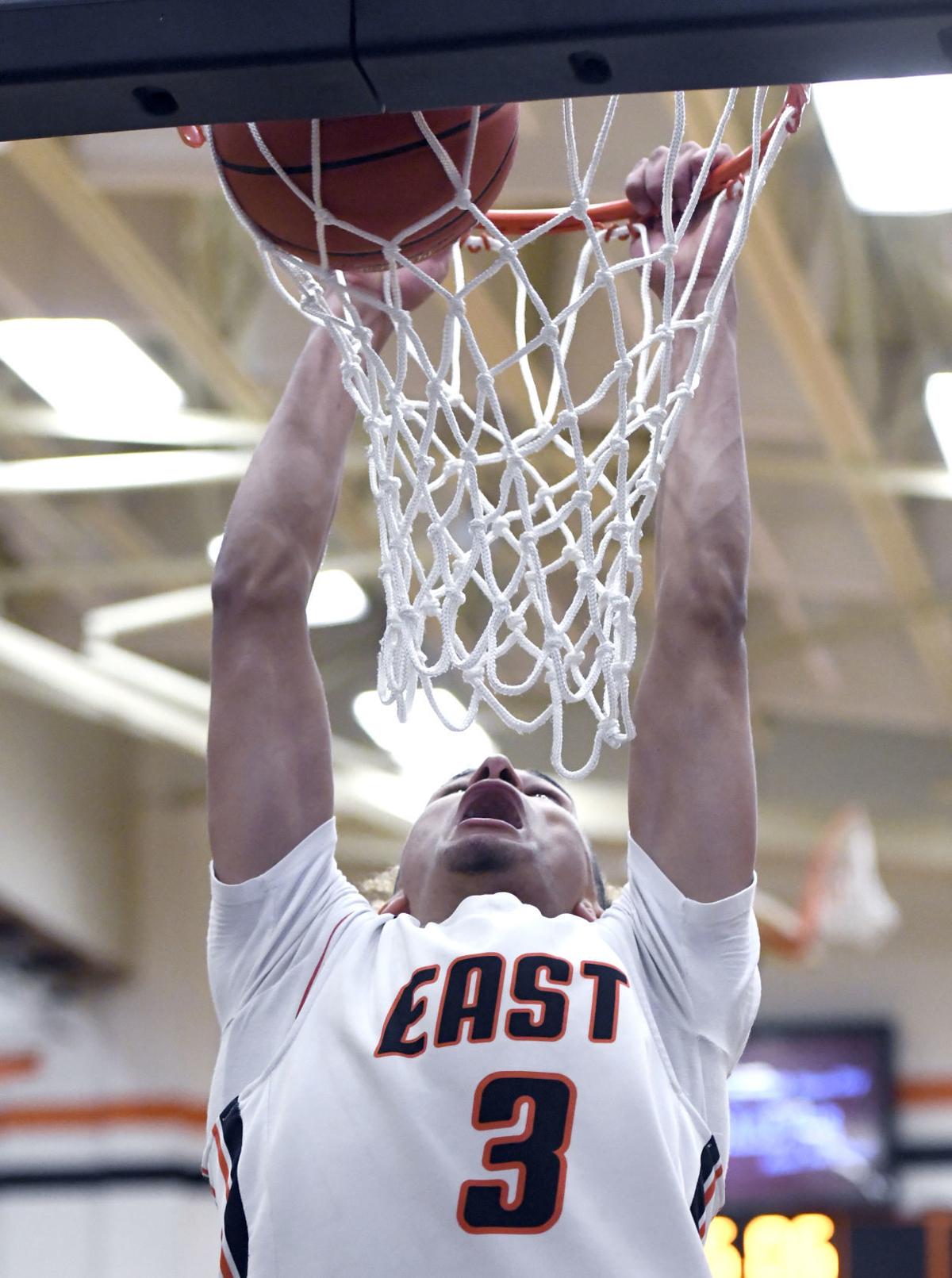 The Black Raiders scored 24 points in the third quarter, and Jaleque Dunson got East going.

Dunson only had four points in the first half, but he scored six of the first 10 points of the third quarter, en route to a 14-3 run.

Also in that run, Jacob Maxey found ways to score in the paint, and Callahan flashed to the ball on a set play for a basket near the free-throw line.

Dunson, who scored a game-high 20 points, also had a dunk on a fastbreak play set up by an Armstrong steal.

“We just told each other that we had to keep the energy going,” Dunson said. “At halftime, we had to tell ourselves to keep it up. We brought energy, we played hard and that was the difference-maker.”

West gave the Black Raiders trouble in the first half with its 3-2 zone. The Wolverines didn’t want shooters like Dunson, Danny Callahan or Sayvion Armstrong to get out to a fast start.

“It’s something we had worked on and something we had seen on video,” Vanderloo said of the Wolverines’ 3-2 zone setup. “We had a few subs in the game that may or may not have lined up correctly and that’s on the coaching, that’s on us. Once we got it corrected at halftime, we got guys where they needed to be.”

The Wolverines were called for 25 fouls; East allotted nine in the win.

“We didn’t execute on the defensive end like we did in the first half,” West coach CoCo Cofield said. “They outrebounded us, they went to the free throw line, we weren’t keeping them in front of us. That put us behind the 8-ball.”

Cofield, however, was bothered by the volume of fouls called on his team and how often East visited the stripe.

West held two leads in the game, both late in the second quarter.

West took its first lead with 3 minutes, 26 seconds left in the second quarter after Ryan Smith stole the ball on a deflection and beat all East defenders for a layup to make the score 25-24.

After trading free throws, Marcus McCray hit a 3-pointer to make the score 28-27 in favor of the Wolverines, and the half ended with a 3 in front of the East bench from sophomore Kee’on Hutton.

Vanderloo liked how scrappy the developing Wolverines played throughout the game.

“They’re athletic guys, and they play really hard,” Vanderloo said. “They have some tough guys. They didn’t come here to lose. They have a lot of pieces and they’re going to win a lot of games. If you show up not ready to play them, they can beat you.”

East shifts its focus to a 6:30 p.m. Saturday game against South Sioux in the MiniDome.

“We always enjoy playing South Sioux and we’ve been playing them for a million years,” Vanderloo said. “You see all the conference teams so much during the season, and South Sioux, we only really ever see them during the season. It’s a different face. I’m happy to go over there.”

The Black Raiders' 81 points marked an early-season high, and erased fears about a sluggish performance after a battle against West the previous night. "I thought we did an OK job," coach Ras Vanderloo said.