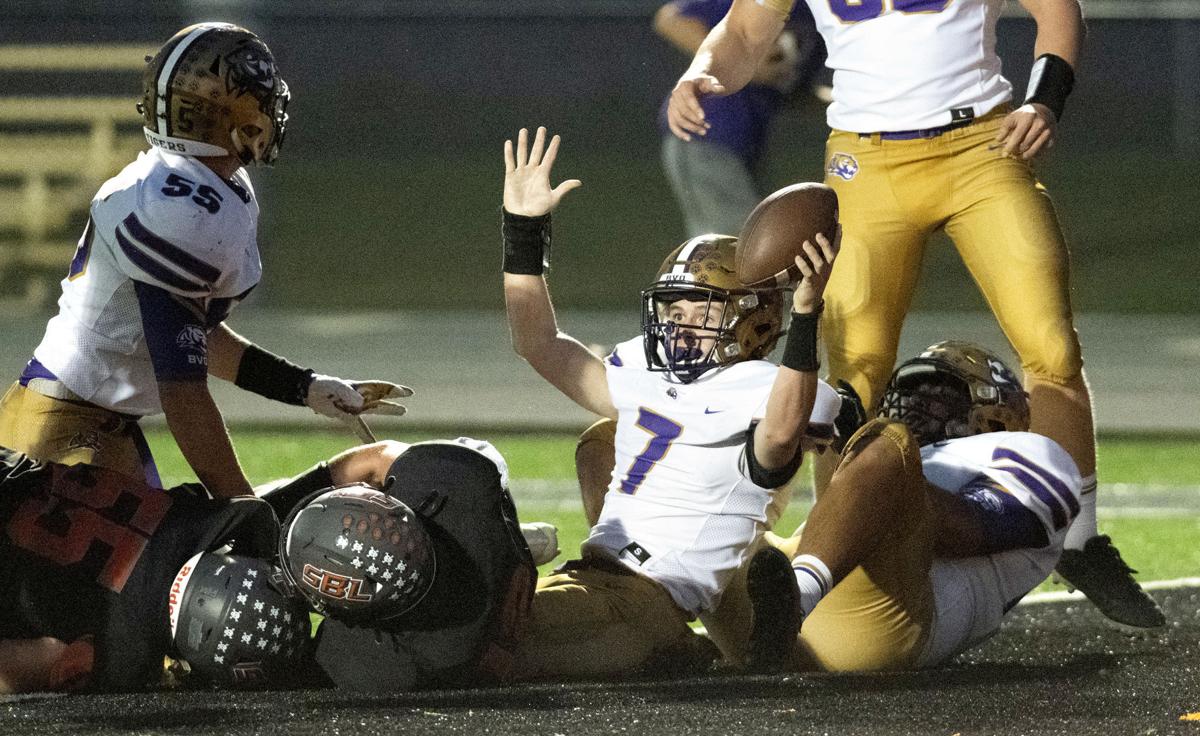 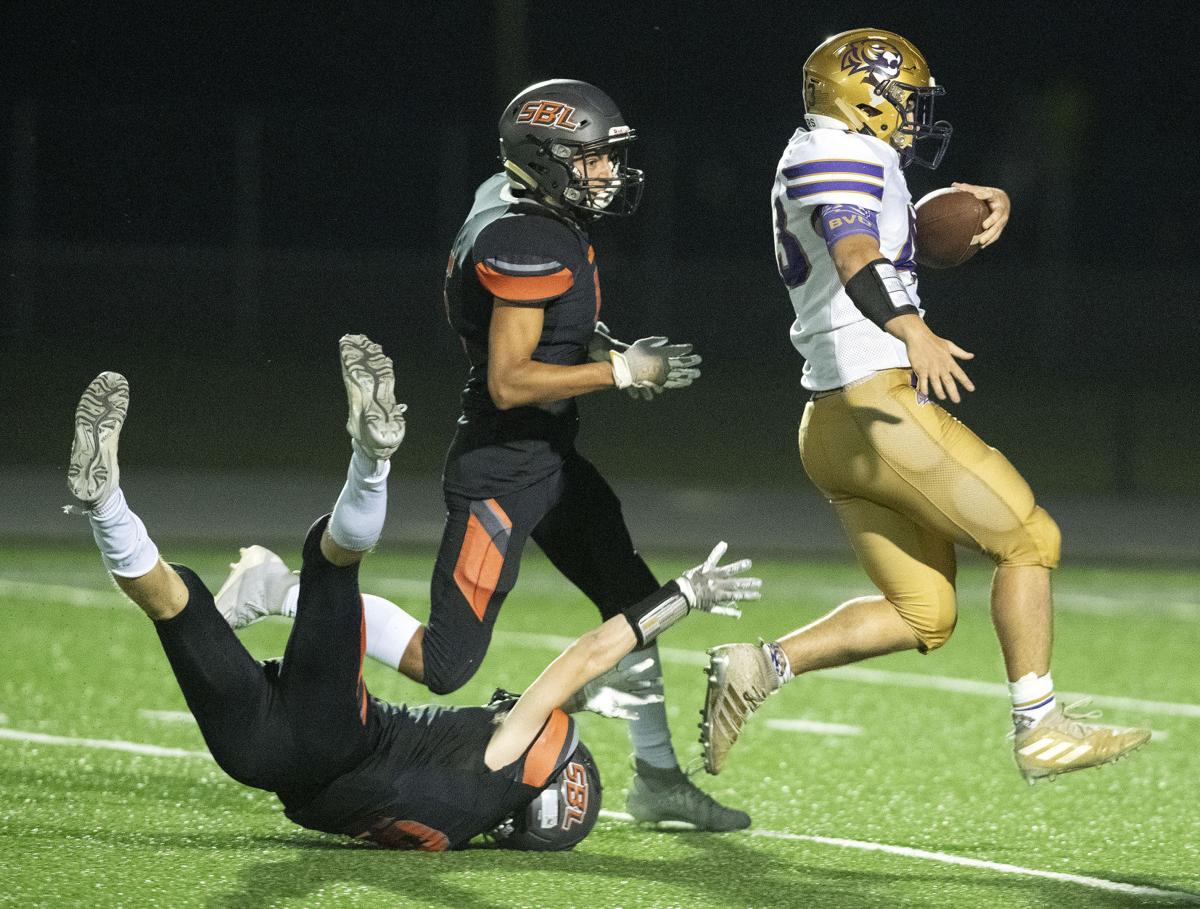 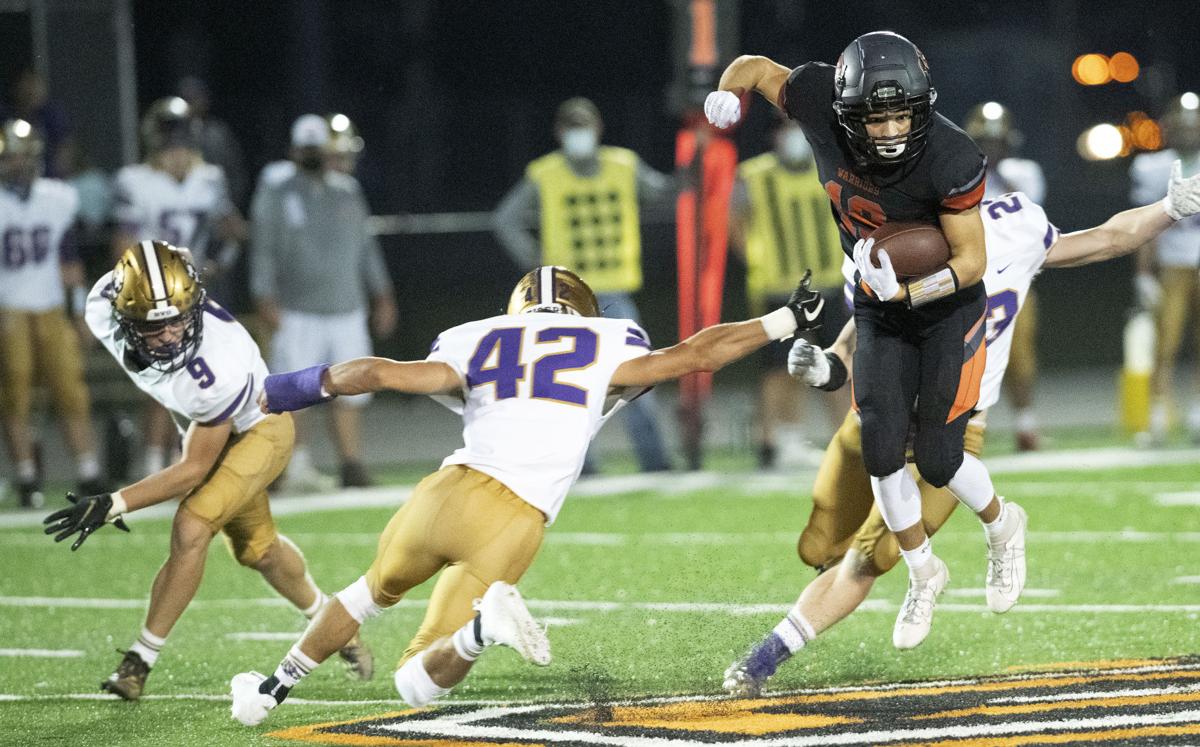 SERGEANT BLUFF -- For the second straight season, the Spencer High School football team had a long drive against Sergeant Bluff-Luton.

Turns out, that long drive ended up being the one that gave Spencer the win.

Ian Youngdahl hit a 27-yard field goal with 6 minutes, 34 seconds remaining in regulation to give the Tigers a 27-24 win at Sergeant Bluff.

The drive lasted 17 plays, 59 yards and it ate more than 10 minutes of game clock off the scoreboard.

The drive had 16 running plays in it, and the Tiger amassed for 55 yards.

The Warriors had the Tigers down to third down and five yards to go, but the Tigers used a hard count to get the Warriors to jump offsides, and that kept the drive alive.

SB-L kept the Tigers out of the end zone, but Tigers coach Jim Tighe called out Youngdahl to kick the short field goal. 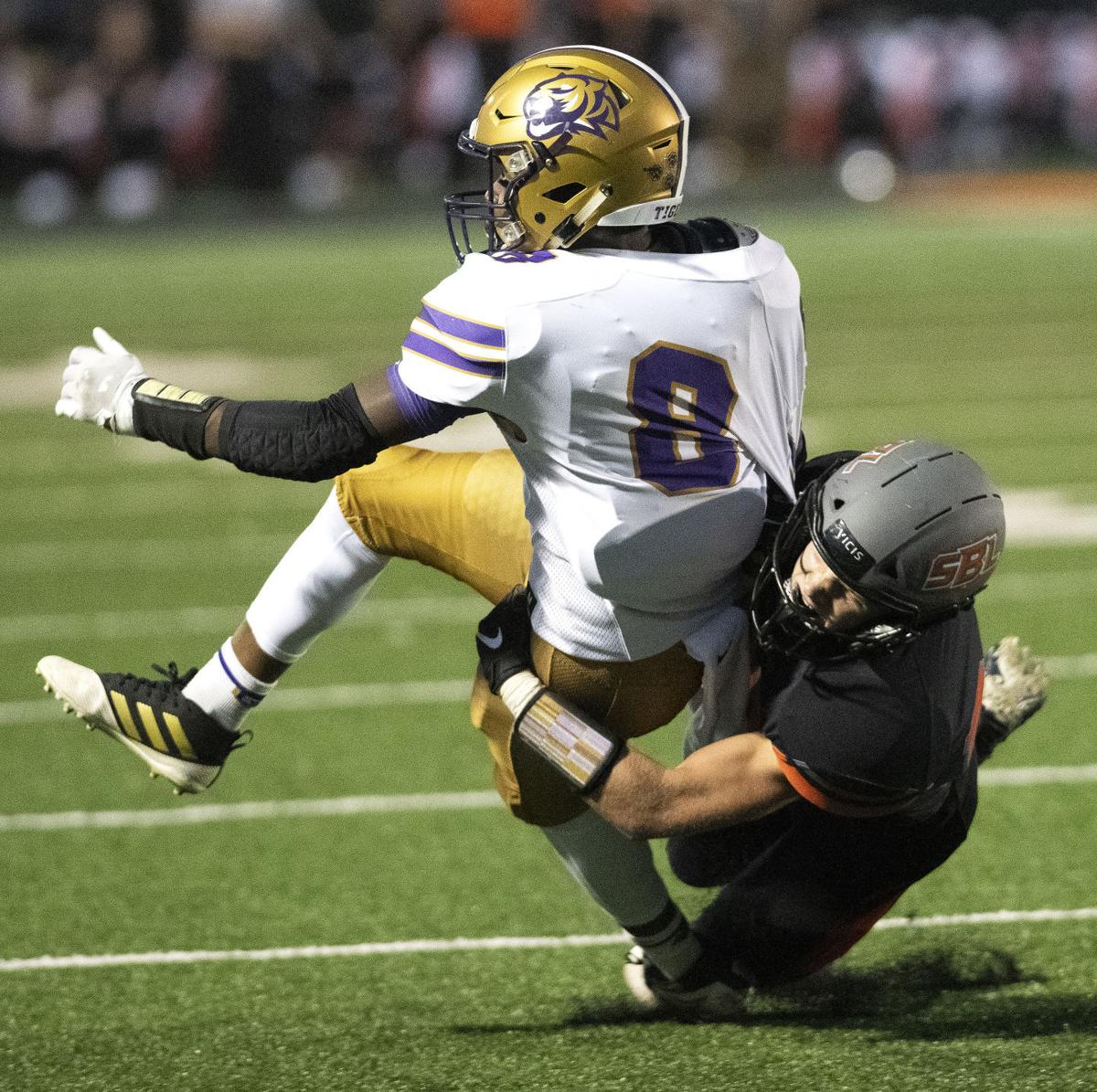 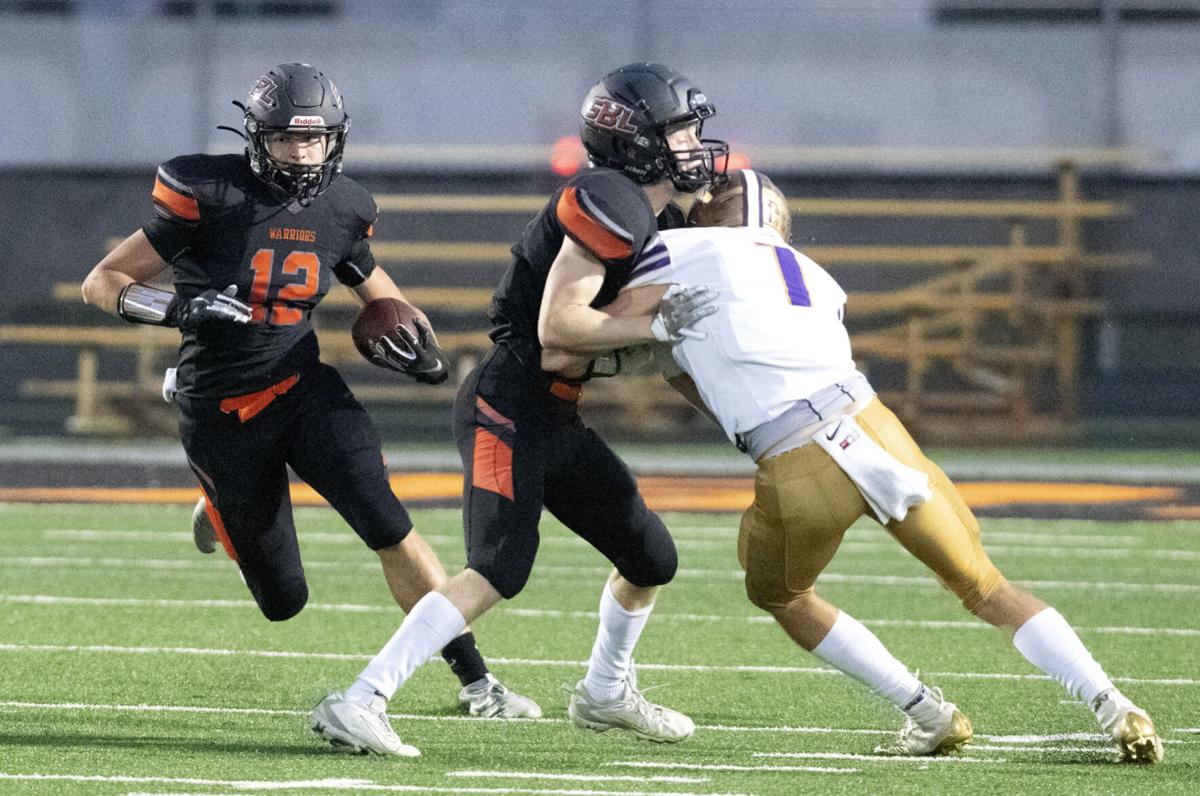 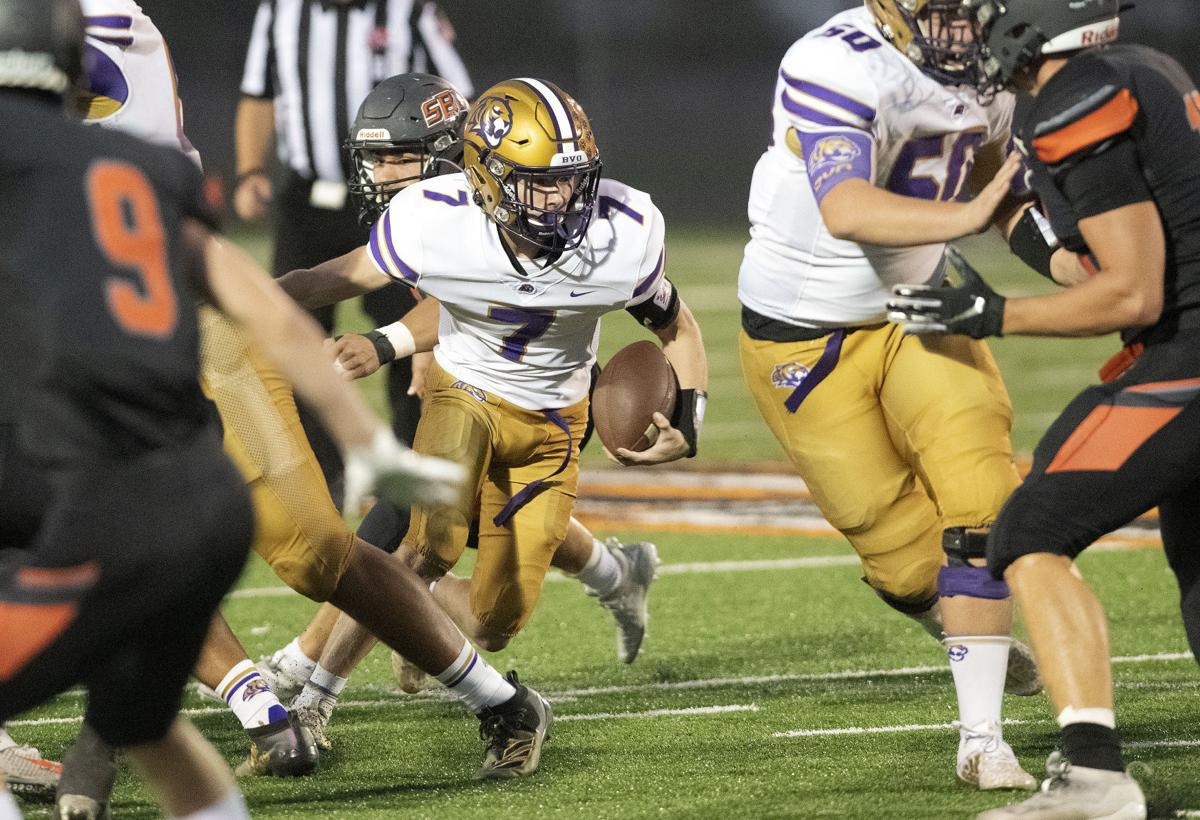 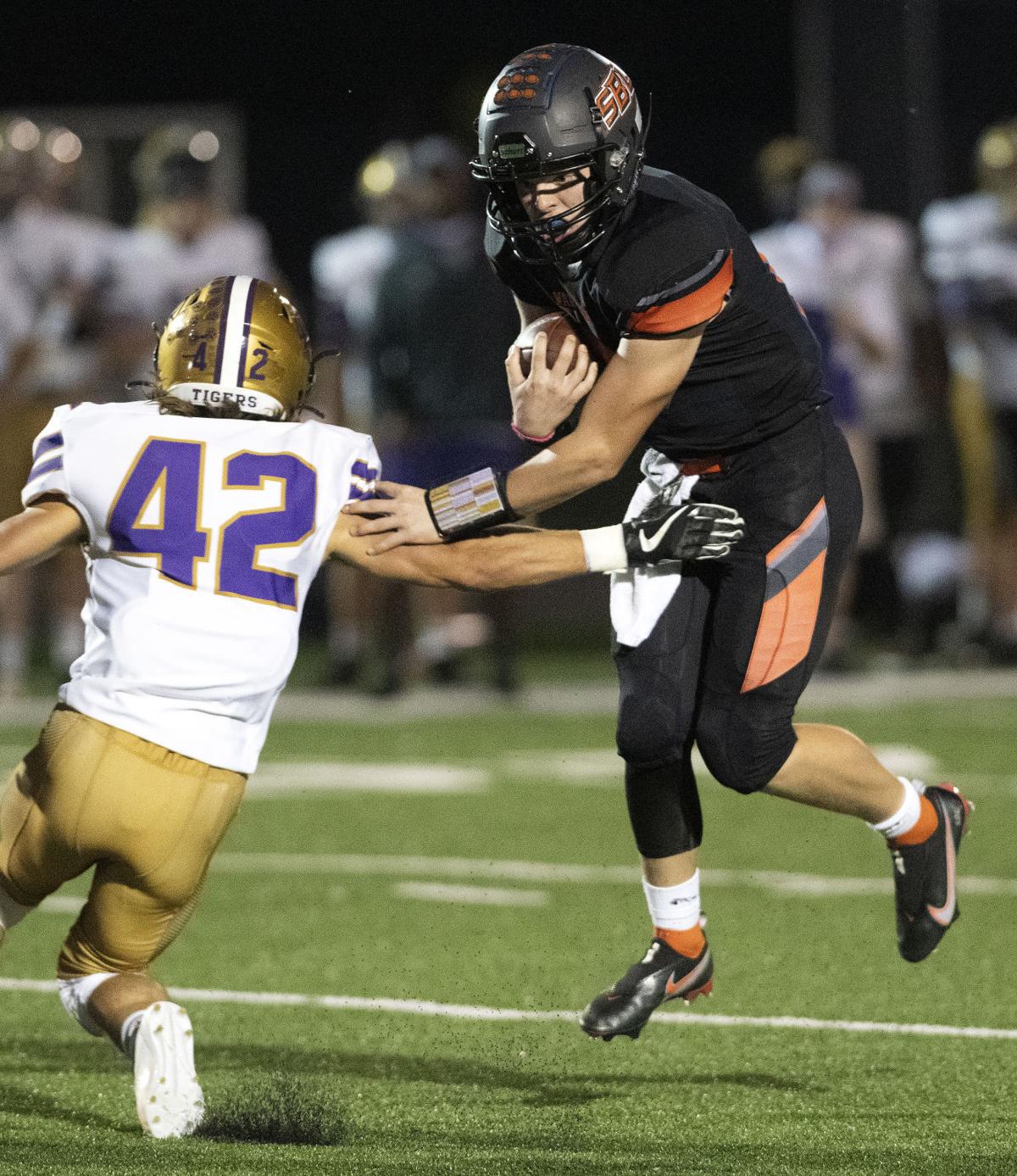 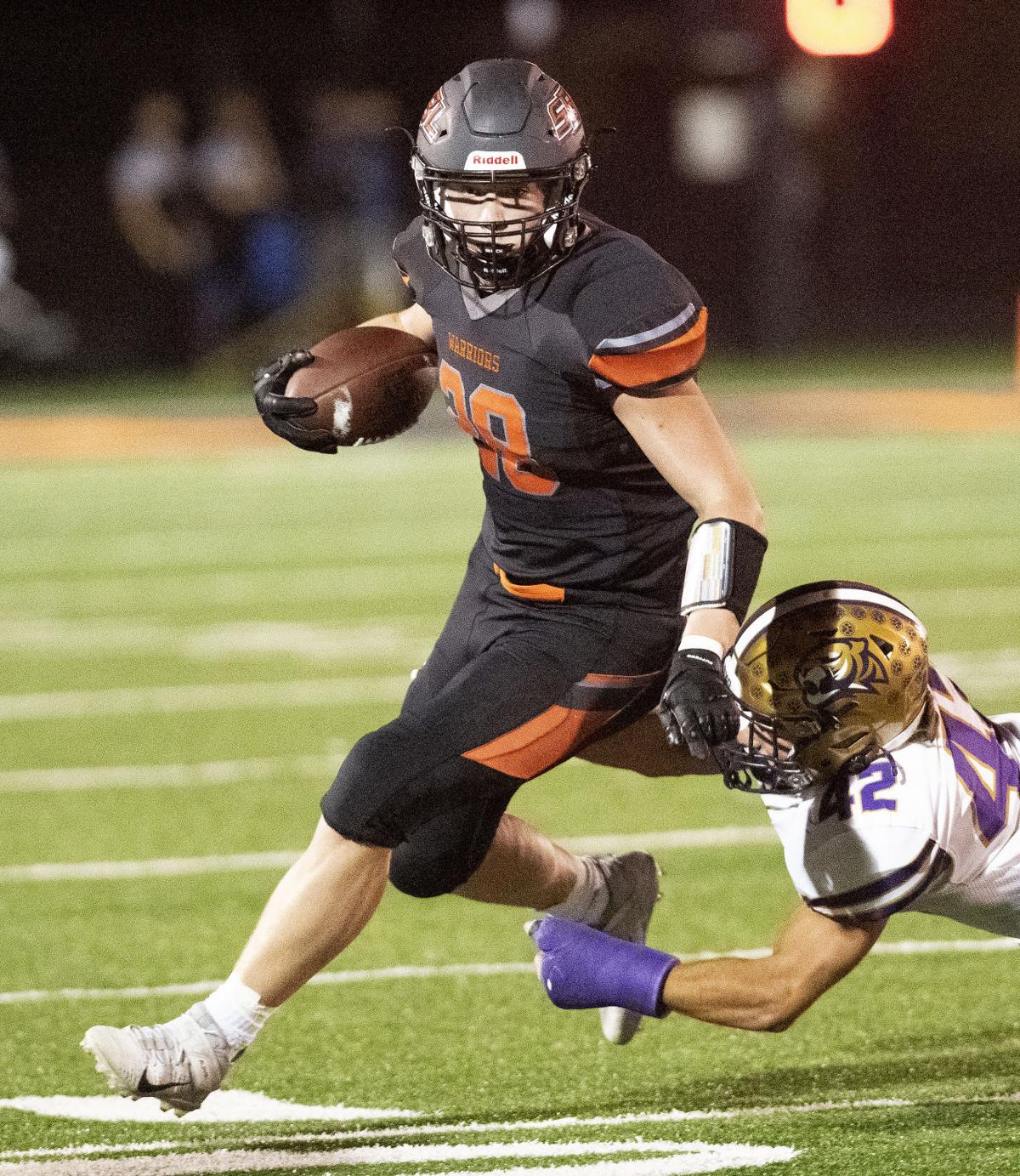 Youngdahl said he could hit a field goal from 50 yards out, but he only needed 27. That didn’t mean he wasn’t nervous but he still made the kick.

“We need to get this done and we needed to get it in right now,” Youngdahl said. “All I do is kick. I kick for an hour a day and that’s all it needs.”

SB-L had three chances to score after Youngdahl’s field goal, but they ended on a fumble, an interception and a loss on downs.

Warriors quarterback Tyler Smith ran the ball up the middle on a first down, but Cadence Hofmeyer stripped the ball from behind, and Karter Petzenhauser recovered it.

Not long after that, SB-L got the ball back on a Jackson DeWitt fumble. But, on the first play of the ensuing drive, Smith threw an interception on a deep pass attempt. Landon Ellis caught the pick for Spencer.

The Warriors’ final drive ended on two sacks made by the Tigers’ defensive line.

“The defense did everything they could,” DeWitt said. “Only reason we won was because of the defense.”

Meanwhile, the Warriors are disappointed with the outcome.

This is the first time since Week 2 that SB-L lost a game, and coach Justin Smith pointed to the mental mistakes.

“It’s embarrassing,” Justin Smith said. “We made a 100 mental errors. We knew all year that’s who we were and that’s going to come to bite you against a well-coached team like that. There wasn’t just one mental error, like I said, there were 100 and they were all important.”

In the first half, The run game played a pivotal part for both teams.

Spencer struck first with a rushing touchdown from DeWitt from 11 yards with 4 minutes, 37 seconds remaining in the first quarter. The Tigers only needed to go 43 yards after holding the Warriors on four plays.

From there, the Tigers just chipped away. DeWitt led off the drive with a seven-yard run, but the Tigers also had a 14-yard pass play from DeWitt to Kenny Rasch.

The Warriors got into the Spencer red zone on their next drive, but the Tigers stopped Kaden Helt on a third-down pass play.

Spencer responded with its strong ground game on the ensuing drive. On the first play from its own 33-yard-line, Jon Nissen ran the ball up the middle for 55 yards, and then there was a facemask penalty.

Two plays later, Tigers junior fullback Cadence Hofmeyer ran the ball in from the right side, beating the Warriors secondary to the end zone in the final minute of the first quarter.

SB-L responded with two rushing touchdowns, both from quarterback Tyler Smith. Smith’s first rushing touchdown came with 8:46 left in the half from the SB-L 8. That play ended a 11-play, 75-yard drive that lasted 3:36.

On the next SB-L drive, Tyler Schenkelberg caught a 10-yard pass, then the Tigers were called for a chop block that advanced the ball to the 12.Two plays later, Tyler Smith ran the ball in.

Smith’s second rushing touchdown was from 23 yards out, and that came on a third down. On the previous play, Tyler Smith tried to find Ashton Verdoorn on a post route to the end zone, but the Tigers’ secondary broke that play up.

On third down, Smith looked around for a split second to see if anyone was open, but then he opted to run.

He started up the middle, and he broke a couple of tackles to find the end zone with 1:14 left in the half. After Clausen made the extra point, SB-L had its first lead at 17-14.

Spencer used those 74 seconds to march down the field and tie the game.

Youngdahl made a 31-yard field goal as time expired to close out the half. The Tigers started that drive from their own 20, and Karter Petzenhauser made the big catch, good for 25 yards, to set up the game-tying, half-ending field goal.

Nissen led the running attack for the Tigers with 80 yards, but Rasch had 74 yards on Friday night, including a 54-yard touchdown run in the third quarter.

For SB-L, Tyler Smith was 20-for-28 for 222 yards and that fourth-quarter interception. Tyler Smith also led the Warriors rushing attack with 77 yards on 12 carries.

For more photos from the game, see Tim Hynds' photo gallery at siouxcityjournal.com.

Sioux City East, Sioux City North and Sergeant Bluff-Luton all received first round byes, as did several teams across Siouxland.