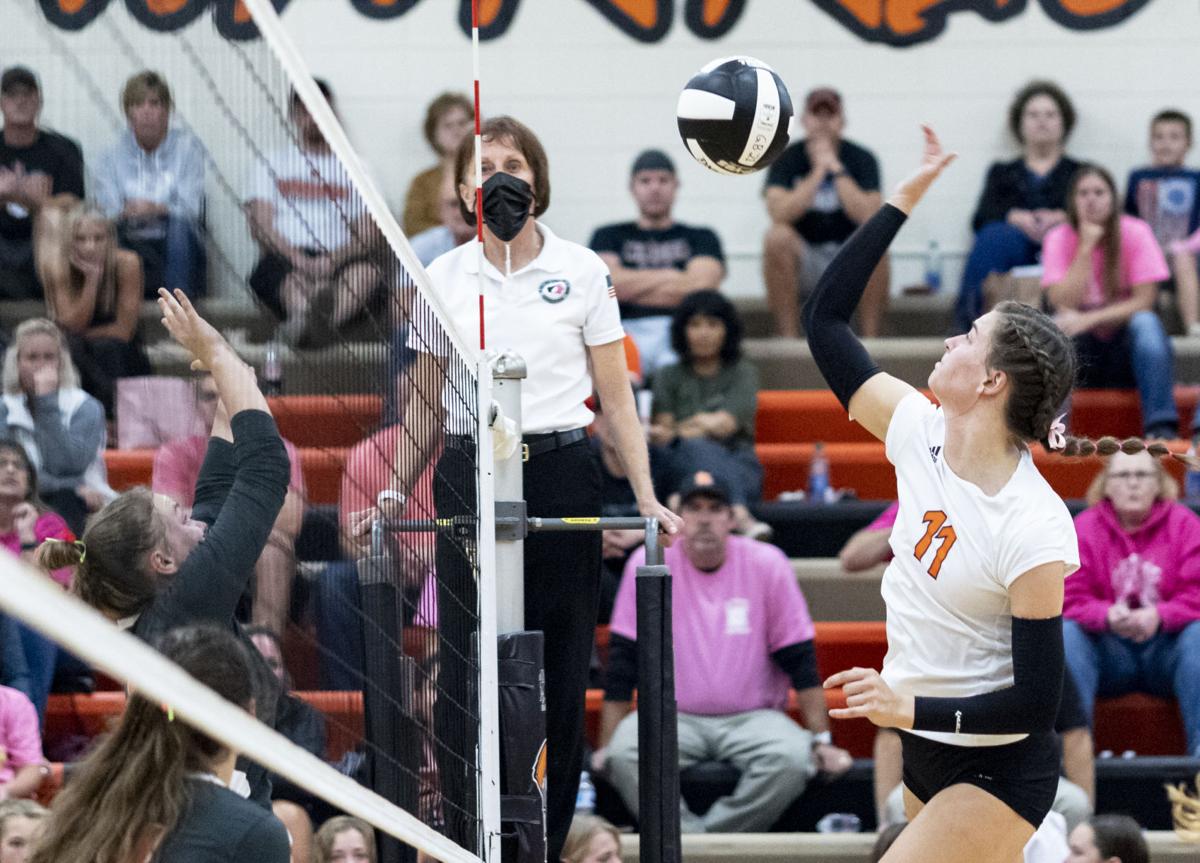 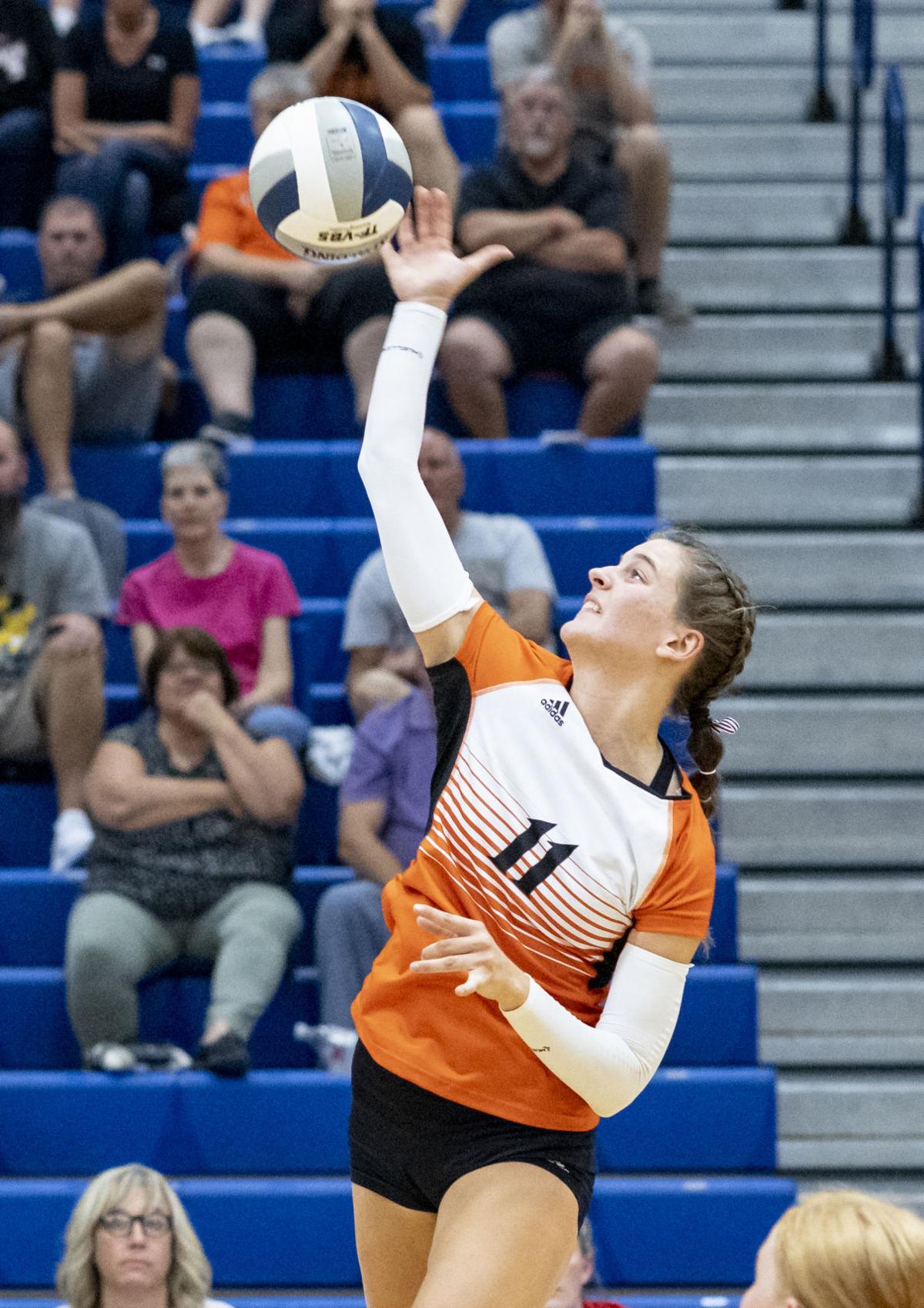 SERGEANT BLUFF — Emma Salker knew she was going to get the baton passed down to her from past front row hitters.

Salker leads the Warriors in kills and hitting percentage, and it’s helped the Warriors not only win the Missouri River Conference title, but potentially make another deep run in the Class 3A postseason.

Salker is this week’s Metro Athlete of the Week.

Salker wanted to take on the role of being a leader that everyone could turn to. When she was a younger player, she looked up to hitters like Kenzie Foley, Elle Sneller and Madison Harms.

She saw what those hitters did to get better, and she worked hard to get to their level.

“She’s grown into such a leader into this program, and she’s not the scary senior,” Winkel said. “I think she knew coming in to be that leader. She leads on what she does on a daily basis. She makes sure she’s the early bird on everything. It’s cool to see that tradition passed down.”

This season, Salker has 267 kills and hitting .365. Salker has made just 81 errors on the season.

She added to her total on Monday night in a regional first-round win over Harlan, leading SB-L with 10 kills.

The Warriors are 18-6 going into Wednesday’s regional semifinal at home against Red Oak, and there’s been one thing that Salker has noticed about her senior season: It’s gone by really fast.

“I’ve never believed people when they say it goes by fast, but it has,” Salker said. “It’s been a great season, bonding wise. Performance wise, everyone has done the best they can. I don’t take anything for granted. I just really need to live in the moment instead of wishing it away.” Hitting wasn’t the main thing Salker focused on during the offseason, however.

She focused on working on her blocking. She wanted it to be more consistent.

Salker wanted to polish her game at the net, and one thing that the Warriors senior focused on was being able to read the setter.

Salker said that it was really important to read the setter’s body language, just to see where she might be going with the ball.

She also tried to look at the pin hitter’s shoulder, and that gave her a clue where Salker needed to set up the block.

“It can be hard to read, if you’re not used to it,” Salker said. “In the beginning, I struggled with that. It’s starting to get easier, trying to practice that.

“Being able to realize that it’s going outside to close that block so it makes it easier for my defenders behind me,” Salker said. “I feel like from the support and training that I’ve had, I feel like I’ve been getting better.”

Salker started playing as a freshman, and she contributed right away.

As a freshman, Salker recorded 63 kills.

During the 2019 championship season as a sophomore, Salker had 33.

She had a career-high 263 kills last season, but with her 10 recorded Monday night, she created a new career-high in single-season kills.

“She just makes sure where sets are where they need to be, and she has worked well with Maddie (Hinkel),” Winkel said. “She’s aggressive. She wants to win. When the ball is on the net, she wants to crush it. She has that killer instinct.”

George Tsiobanos, Heelan football: Tsiobanos hit a 22-yard field goal to score three of Heelan’s nine points Friday against SB-L. Tsiobanos is 10-for-10 on PATs and has hit four FGs.

The Crusaders hadn’t played in many state tournaments after Brobst left for the U of I volleyball program, but Brobst knew those expectations would pay off down the road.

NORTH SIOUX CITY — In 2021, Jorja VanDenHul had to step up her game.

CLASS 2A VOLLEYBALL CHAMPIONSHIP: No. 1 Dike-New Hartford shows its strength against Western Christian

The Panthers are hoping to see No. 1 Sioux Falls Christian for the third year in a row but their focus is now on beating No. 6 Hamlin at 8:45 p.m. Thursday at Summit Arena.

The jitters were finally gone. The Dakota Valley High School volleyball team ended its season looking like itself one more time.

On Thursday, the Wolfpack and Wolverines meet for the ninth time in a state championship.