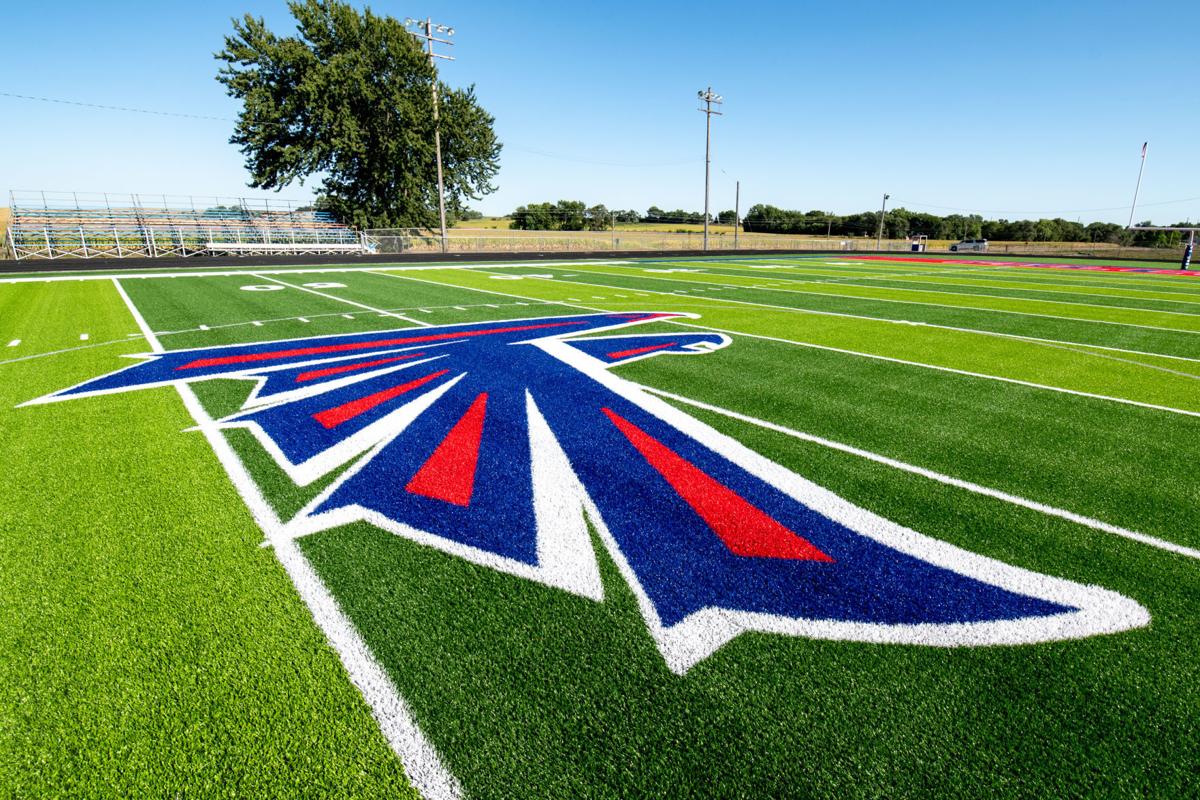 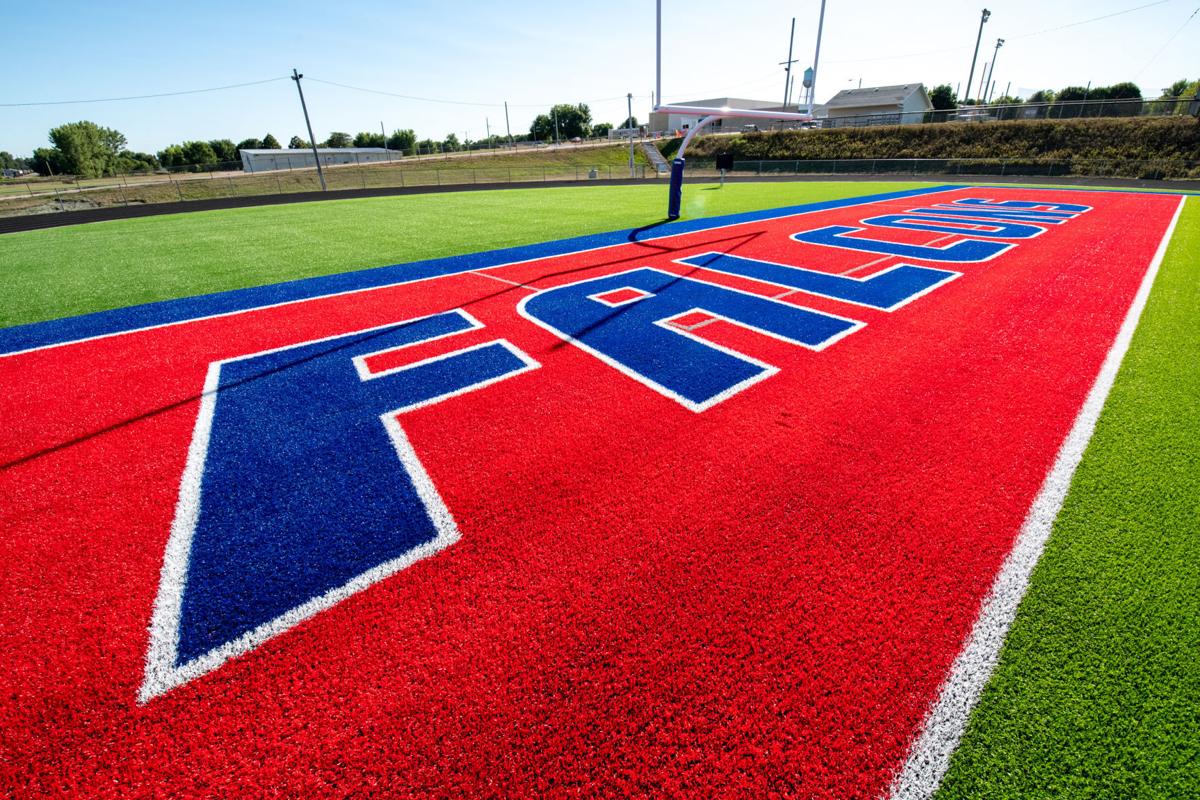 HAWARDEN, Iowa -- Ryan Schwiesow joked that the contractors who were putting in the new turf football field at West Sioux High School probably thought Schwiesow was a bit crazy because of how often the Falcons head football coach was driving by to check the installation progress in August.

"I probably drove by the field 15 to 20 times a day to watch the progress," Schwiesow said with a chuckle. "It was one of those things, I just wanted everything to turn out better than expected. I think everyone is proud of how the turf looks."

It's been a topic of conversation for about two years, according to Schwiesow. The question was whether to build a new soccer field separate from the football field or fix a drainage problem with West Sioux's football field and to also turf it.

Back in late March, the West Sioux Board of Education made a final decision on the project, voting to artificially turf West Sioux's football field, which would benefit not only the high school football team but also the West Sioux soccer programs and youth football programs.

While the project went a week or two later than expected, the new artificial turf field was ready to go for West Sioux at the end of August.

The Falcons held a couple of practices on the turf and the first high school game on the new surface was this past Friday against Central Lyon/George-Little Rock.

"It's really nice. (Athletic director Ben) Bouzma, (Superintendent Steve) Grond and the board did a great job of picking out the best surface," Schwiesow said. "It was pretty needed. The football field, the drainage was pretty much shot on it and it didn't drain well on the edges and we couldn't get the turf to grow.

"You have football in the fall, soccer in the spring and it's hard to grow grass in the summer. The school board labored over what was the best thing and after they sat down and looked at the numbers with reseeding and putting in irrigation and doing the soccer field, this was by far most financially feasible thing in the long run."

The total cost of the project came in around $950,000 and it came in under earlier estimates, Schwiesow said. The cost wasn't just for the turffing the field but to also fix the drainage issue.

The money for the project came out of West Sioux's P.P.E.L fund, so the field was paid for without taxes or a bond issue.

Now the West Sioux football team has a turf field to play and practice on along with a practice field that has goal posts.

"It's going to take a lot of burden off the practice field. We can practice on the turf a little more so less wear and tear on the practice field to get those back in shape," Schwiesow said. "I am proud of West Sioux and the facilities that we have with our practice fields and now the turf. As a coach and a dad of a player, I just want to thank the communities of Hawarden, Ireton and Chatsworth and the people in the surrounding areas.

"This is something to be proud of and I want to thank them for their commitments to the student-athletes."

The West Sioux High School football team isn't the only one benefitting from the new turf. It will be the field for the West Sioux boys' and girls' soccer teams and this puts the school in a position to host postseason matches.

The Falcons game against CL/GLR wasn't even the first contest on the new field.

"I think it's going to be huge. I think the boys' and girls' soccer programs will get a lot of use out of it and youth football had a game on it," Schwiesow said. "I know they are planning to do some baseball and softball stuff in the spring. We plan on getting a lot of use out of it. The student-athletes understand the commitment that was made to them, not only to them but to the teams.

"There was a little extra pep in their step the first stepping on the field for sure."

Both teams are coming off losses and enter the week 3 matchup at 1-1.