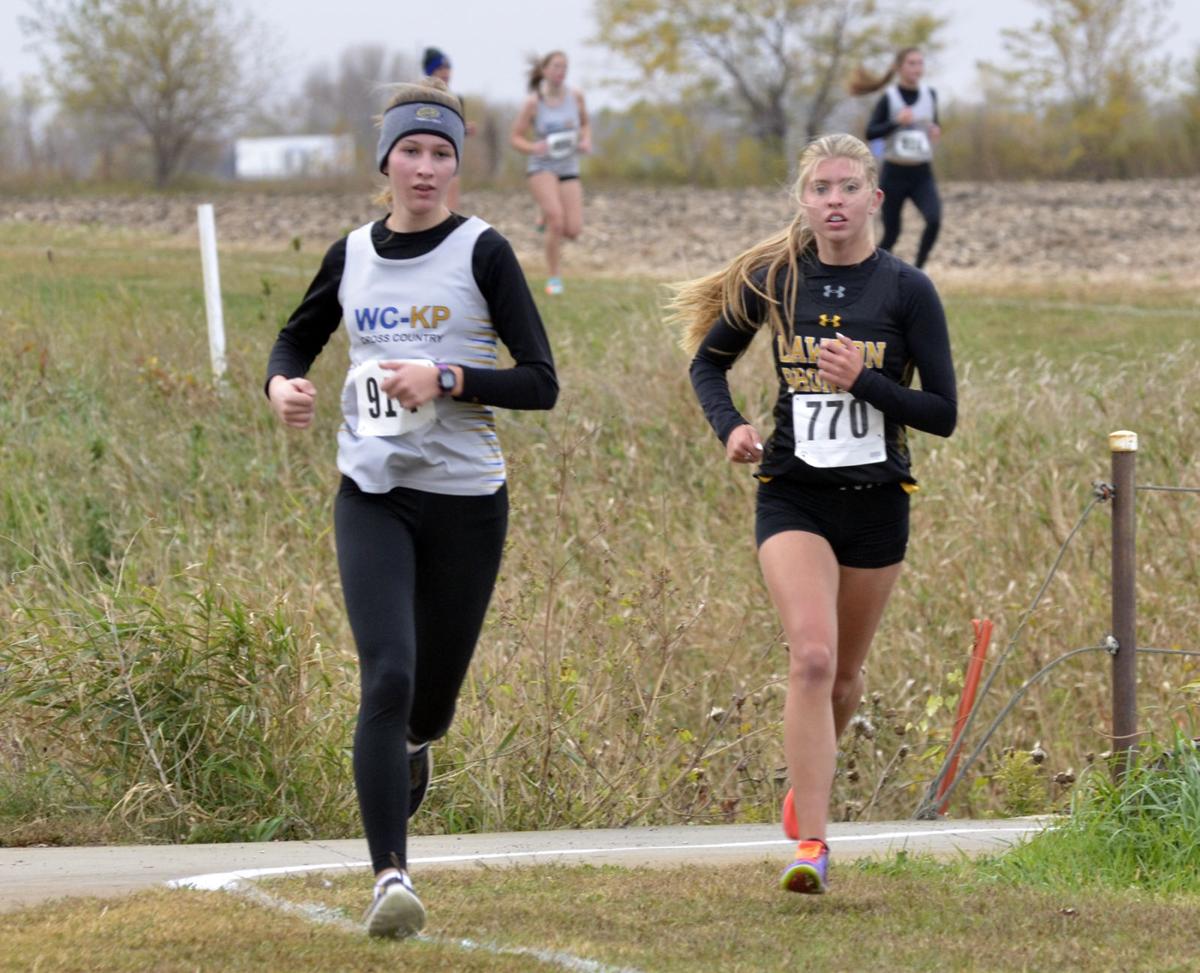 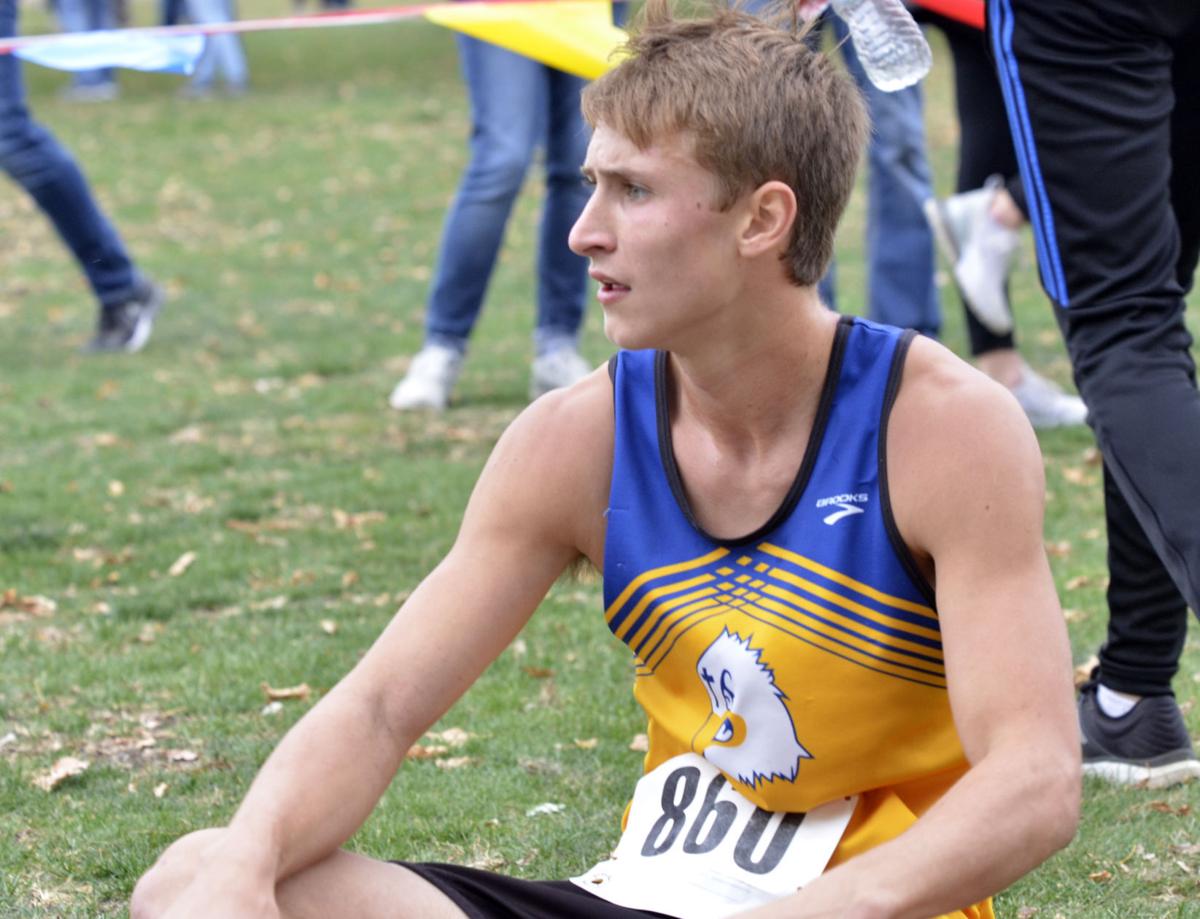 She noticed there were no hills, and that allowed her to be more aggressive during the meet, hosted by West Monona.

Kuntz, a junior on the Woodbury Central/Kingsley-Pierson co-op team, became the individual conference champion with a time of 20 minutes, 42 seconds.

Kuntz pulled away from the runner-up, Lawton-Bronson sophomore Jolee Mesz, at about the one-mile mark and kept creating distance as the race went along. Mesz finished second with a time of 20:55.

After Kuntz noticed the course was as flat as a pancake, that allowed her to shift her strategy to a more-aggressive approach.

“It’s a really flat course, and no one has ever run here before,” Kuntz said. “It was fun to just get out and see how I could get going. It was windy in some spots, but that was okay. I came in and saw everything. You don’t have to go look. There’s no hills blocking your view.

“I think legs weren’t feeling the fatigue from the hills,” Kuntz added. “I was trying to keep my pace steadier. It just carried me a little bit.”

WC/K-P ended up taking the team title, too. The team scored 23 team points, as it had all five runners score in the top-10.

WC/K-P entered Saturday’s meet ranked seventh in Class 2A by the Iowa Association of Track Coaches. The combination of Wildcats and Panthers runners have hovered around the middle of the poll all season, and they’re ready to prove that they’re one of the best in their class.

Kuntz and WC/K-P are hopeful that Saturday’s performance is a good running start at a successful postseason.

All district meets are next week with the state meet coming Oct. 30 and 31 in Fort Dodge.

Other non-WC/K-P top-10 runners are as follows for the girls race: Ridge View freshman Jaycie Vohs was fifth with a time of 21:26, Eagles junior Emma Ricke was seventh (21:48), MVAOCOU junior Hannah O’Connell was eighth (21:49), West Monona senior Mallory McCall ninth (21:50.39) and Westwood junior Katie Muenchrath rounded out the top-10 with a time of 21:50.97.

Siouxland Christian, meanwhile, took the team and individual titles in the boys’ race. Eric Brannon won the conference individual championship with a time of 17:13. Like Kuntz, Brannon created his momentum early in the race, and got stronger.

“I started out fast, and I ended up getting ahead,” Brannon said.

He won the race by 36 seconds, as Brannon beat his brother, Sam, who crossed the finish line in 17:49.

Siouxland Christian had three runners who ended up in the top-10. After the two Brannons, sophomore Alex Wilford finished in sixth with a time of 18:23.

Goetsch was a member of the Eagles football team last season, but due to low numbers, Goetsch made the switch to compete in cross country this season.

Siouxland Christian was ranked at one point during the season, and Eric Brannon hopes that his team can keep the momentum going into next week’s district meet.

Then, West Monona had three runners in the top-10, and the home Spartans were led by Jayce Runyon. Runyon finished in fifth with a time of 18:17.

Brannon notched an individual championship at the Western Valley Conference meet over the weekend, and he'll seek another win at Thursday's state-qualifying meet.