The only way the current Woodbury Central football players would know much about the last time the Wildcats made it to the UNI-Dome are stories from family members that played in the game or former Wildcat players.

That’s because none of the current players were born the last time Woodbury Central made it to the UNI-Dome -- in 1980, when the Wildcats won the state title.

The Wildcats have had some decent success since then, especially during the Kelly Manker era, but never made a return trip to the UNI-Dome until this season.

After coming back from 17 down against North Tama last week, Woodbury Central (10-1) travels back across the state to face top-ranked West Hancock (11-0) in a Class A state semifinal at the UNI-Dome on Friday, the Wildcats' first run this deep in the playoffs since 1980.

It’s also the first trip to the playoffs for Woodbury Central since 2015.

While it’s quite the accomplishment, the team is staying focused on its current run, which includes a 10-game winning streak and the comeback against North Tama last week.

After a 6-3 season last year, coach Kurt Bremer said the team had a simple goal this fall.

[More from last week: Woodbury Central comes back from 17 down to advance to the Dome.]

“I think the boys have done an excellent job of taking it in and knowing they have to keep focused on each week,” Bremer said. “Our goal going in was win each week and everything else will take care of itself. The goals were to win the district, make the playoffs and see how far we can take it.”

The run almost came to an end last week in Traer when North Tama built a 23-6 lead in the third quarter.

But Woodbury Central didn’t allow another score and came back from 17 down and went on to win 34-23. The Wildcats scored 28 unanswered points in the second half. 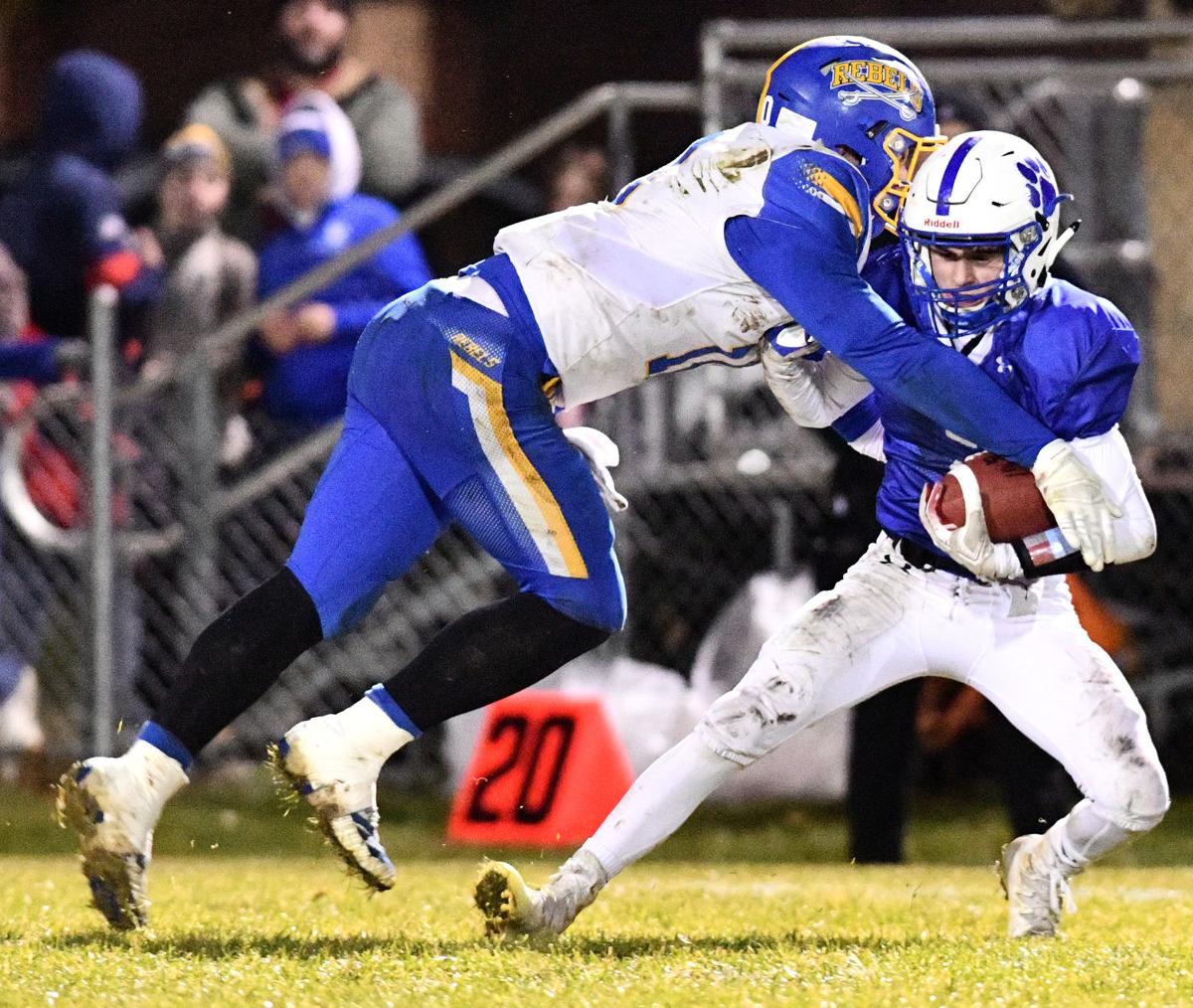 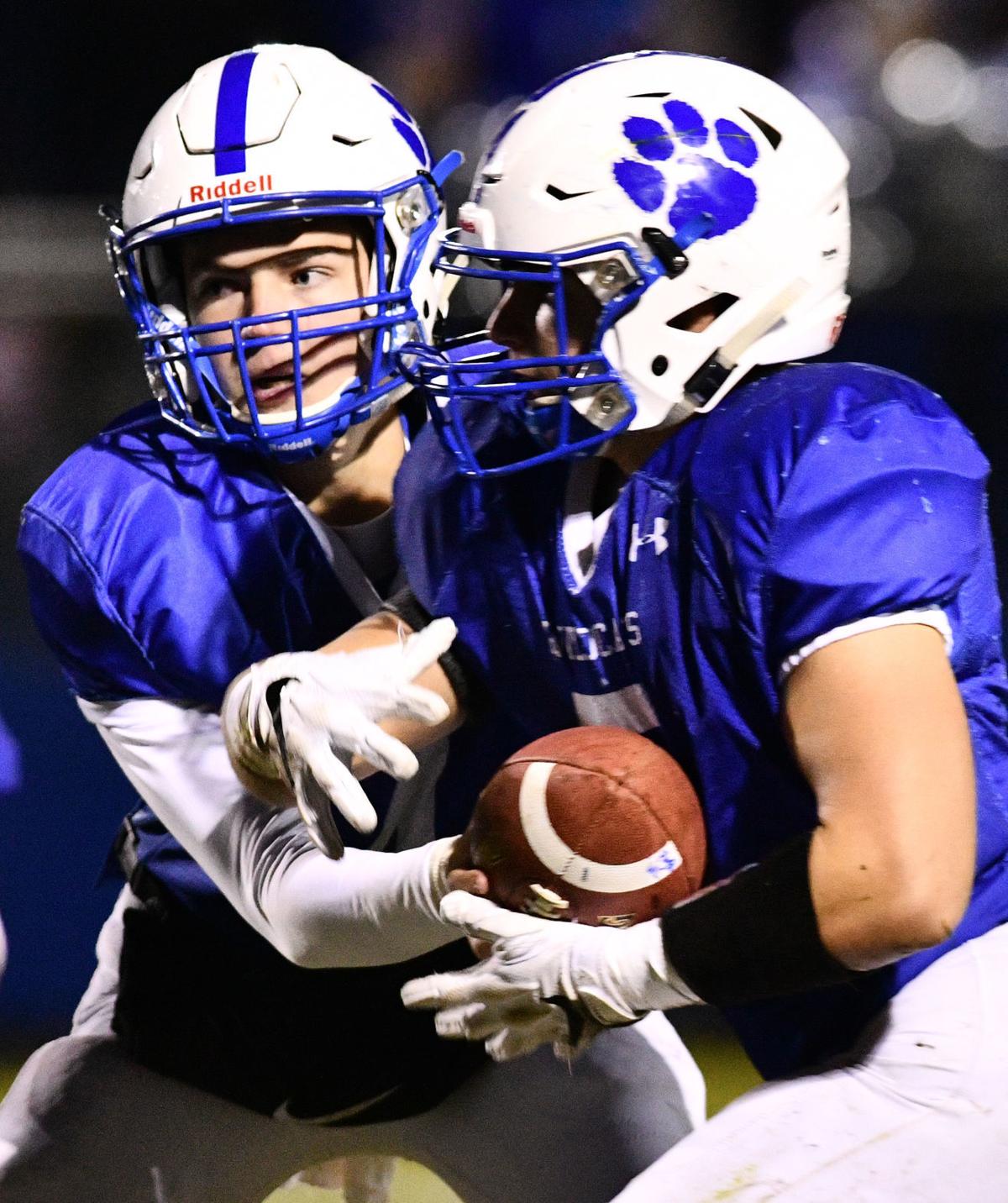 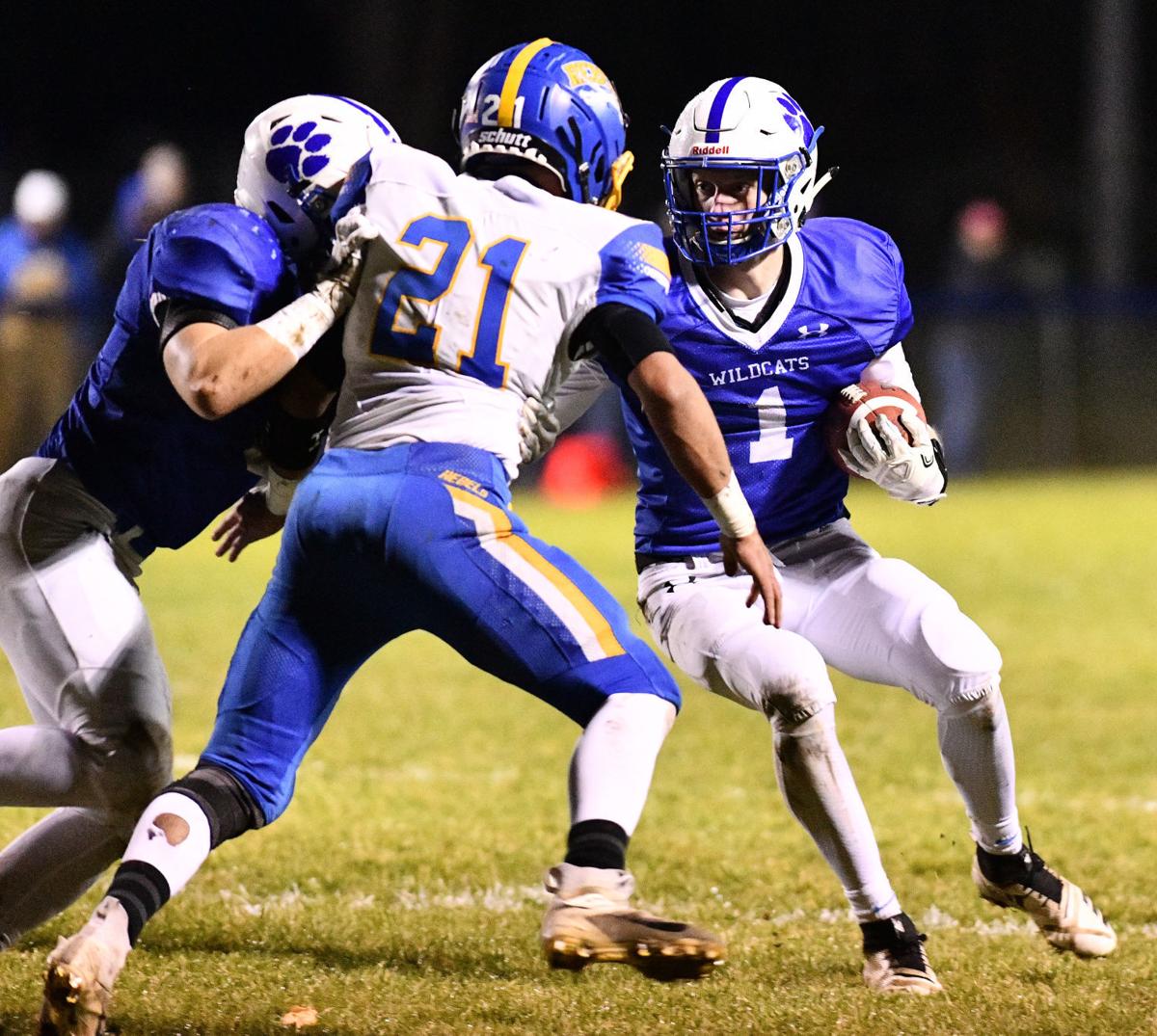 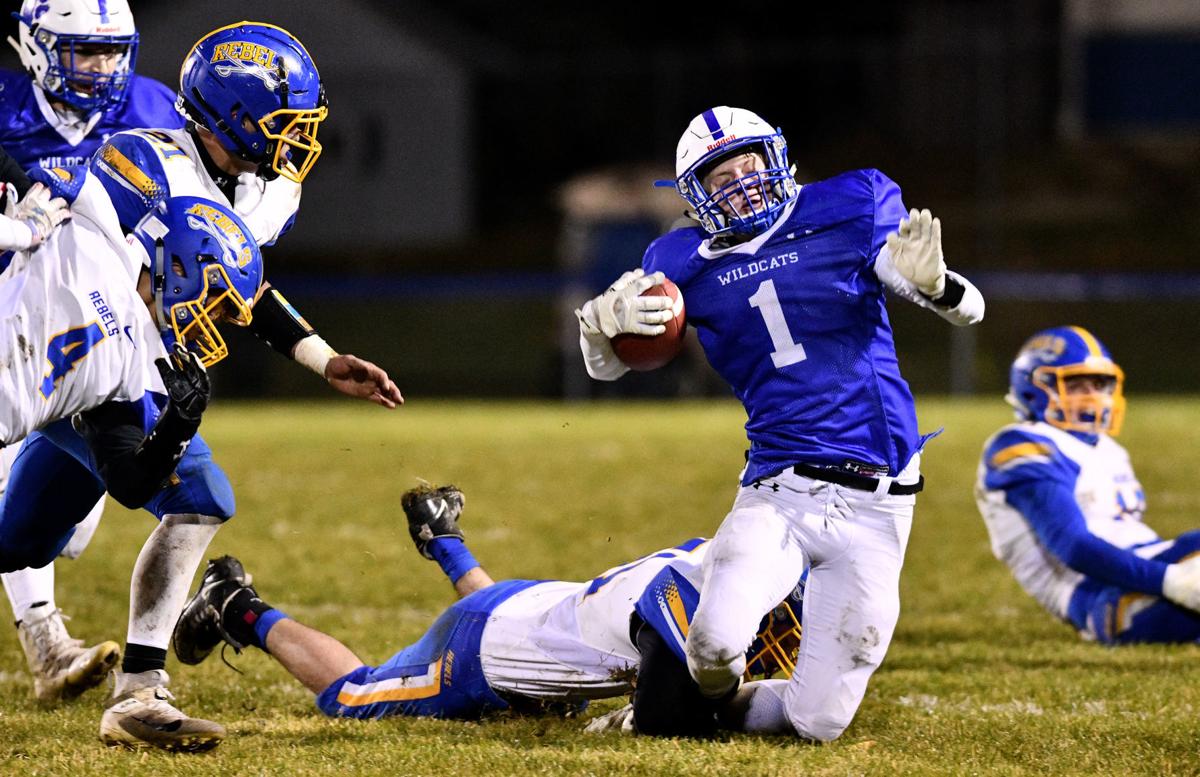 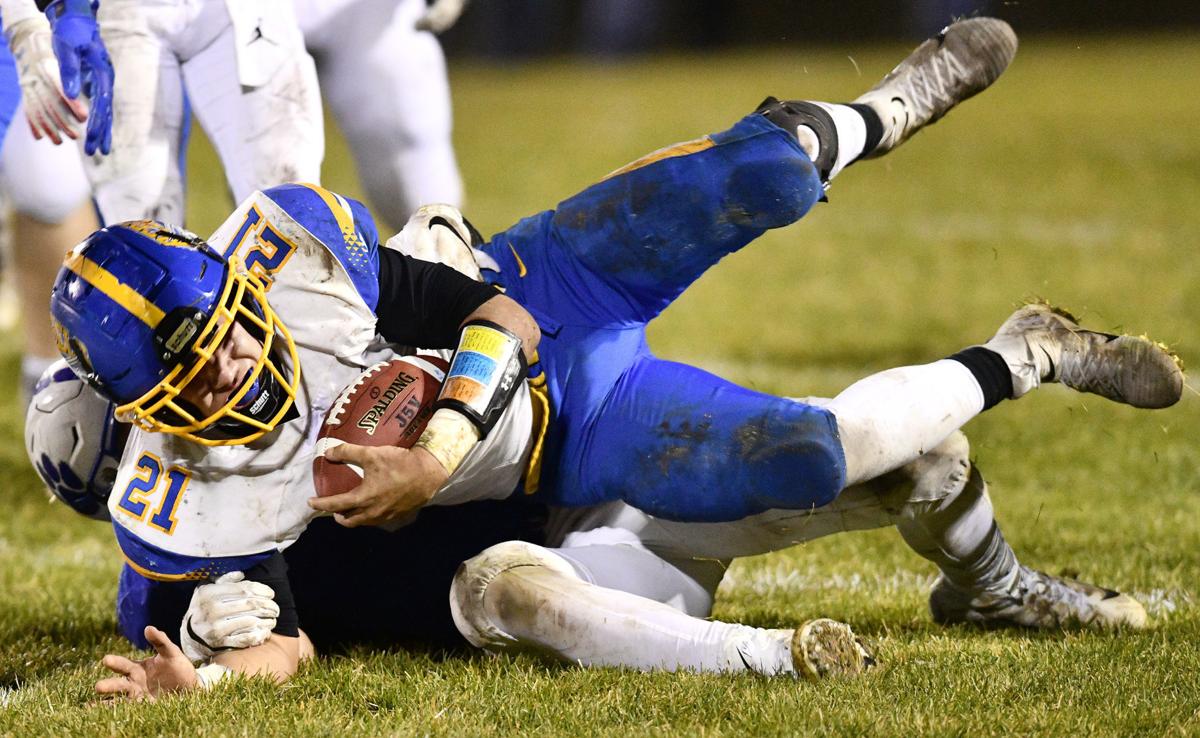 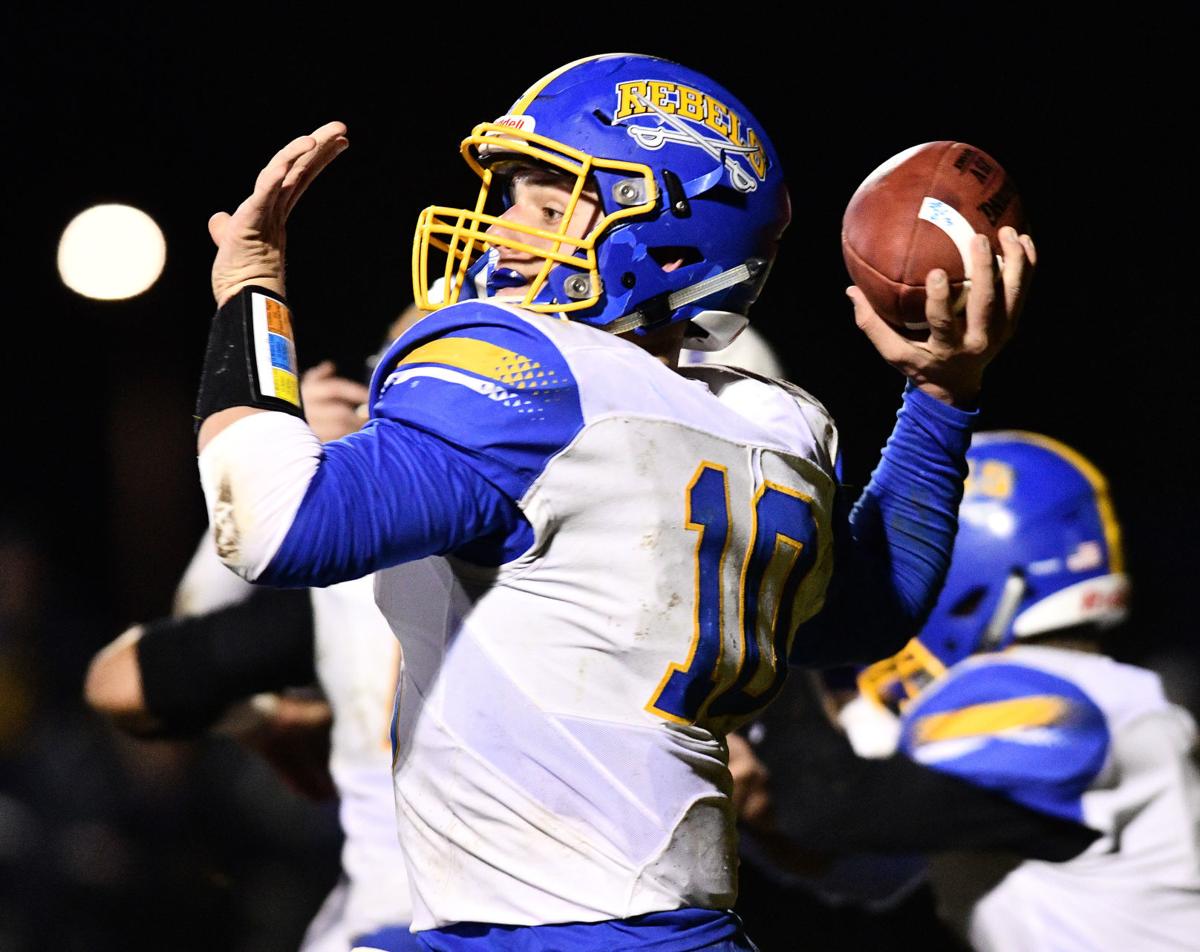 “We said to play as a team, don’t point the finger at anyone and once we execute a bit more on offense, good things will happen,” he said. “We opened up the offense more and the kids didn’t give up. I’ve been involved in football for a long time, I played in college and now coaching, and it was one of the best games I’ve ever been apart of.

“I can’t say enough about my staff and I am proud of the way the boys have worked hard every day and they believe in the system. They don’t have an ounce of quit in their bodies.”

After being held scoreless against Hinton to start the season, Woodbury Central’s offense has been hard to top, only being held under 24 points one other time this season -- a 14-2 win over Gehlen Catholic. 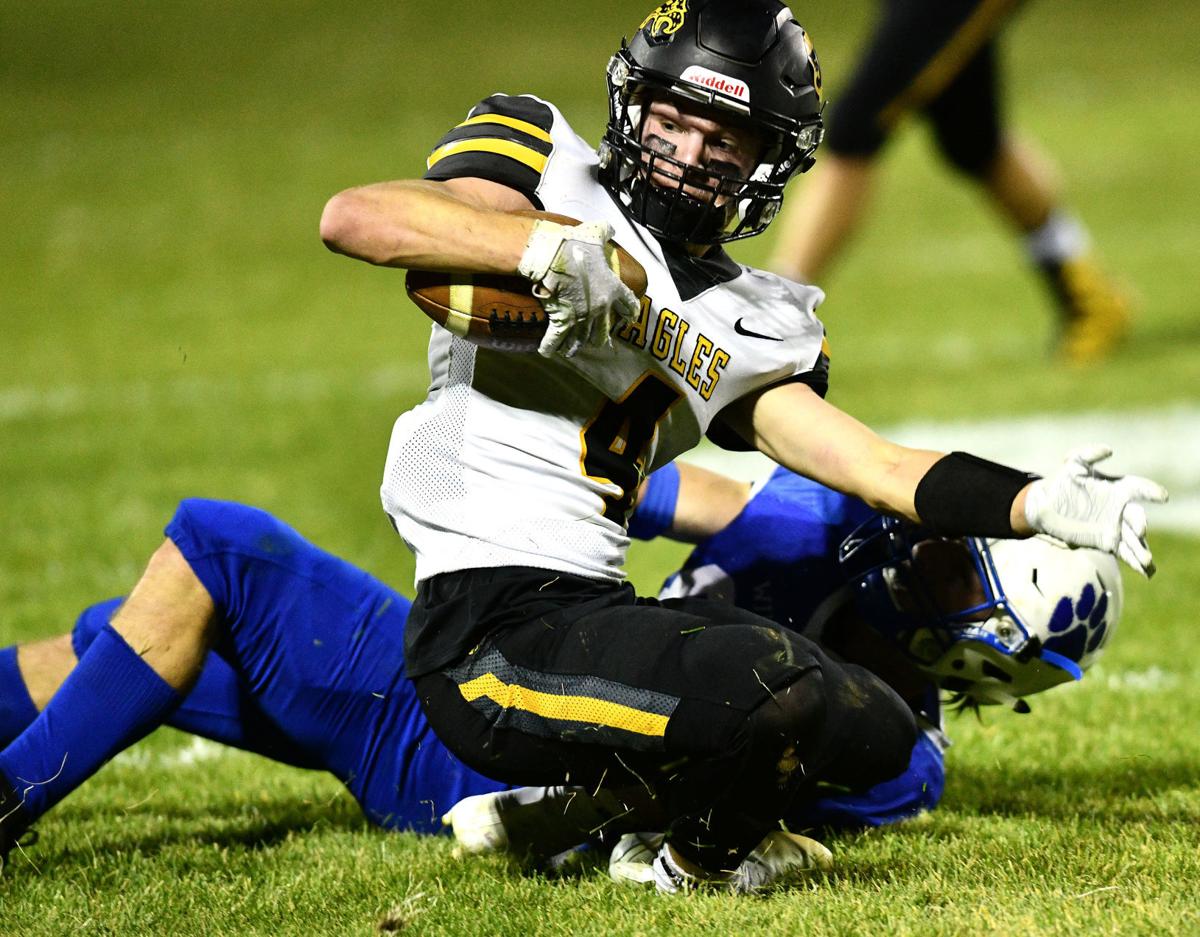 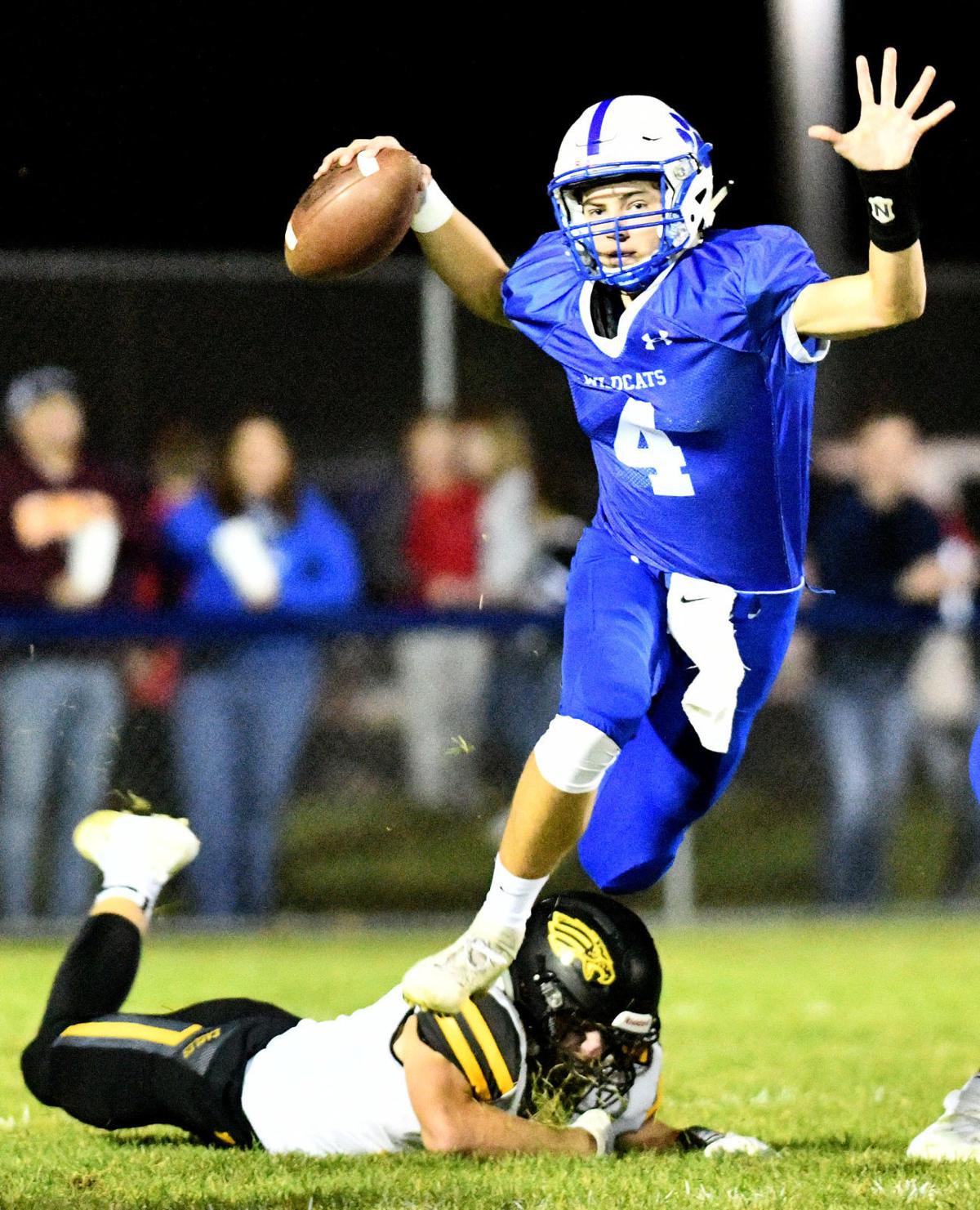 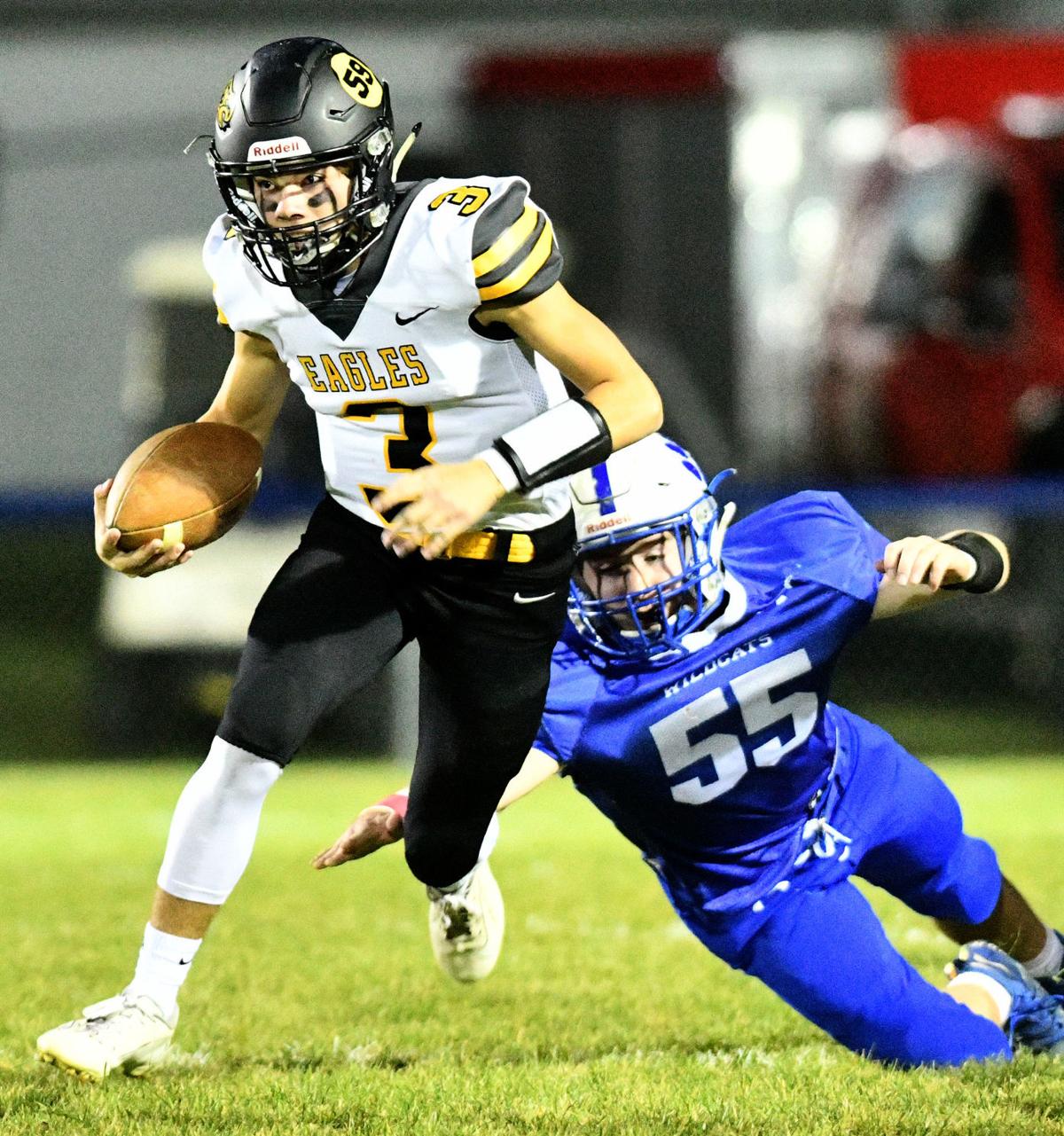 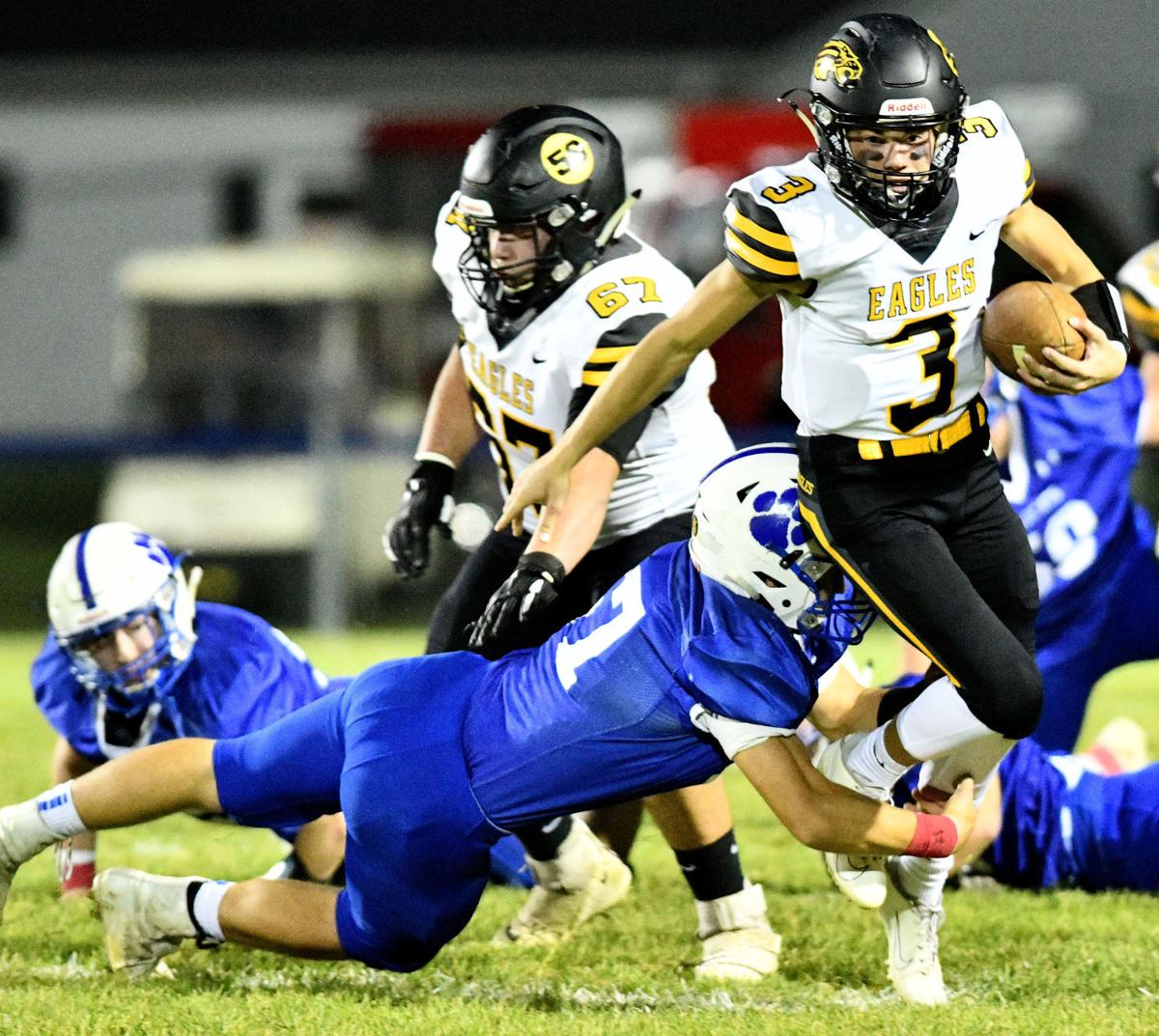 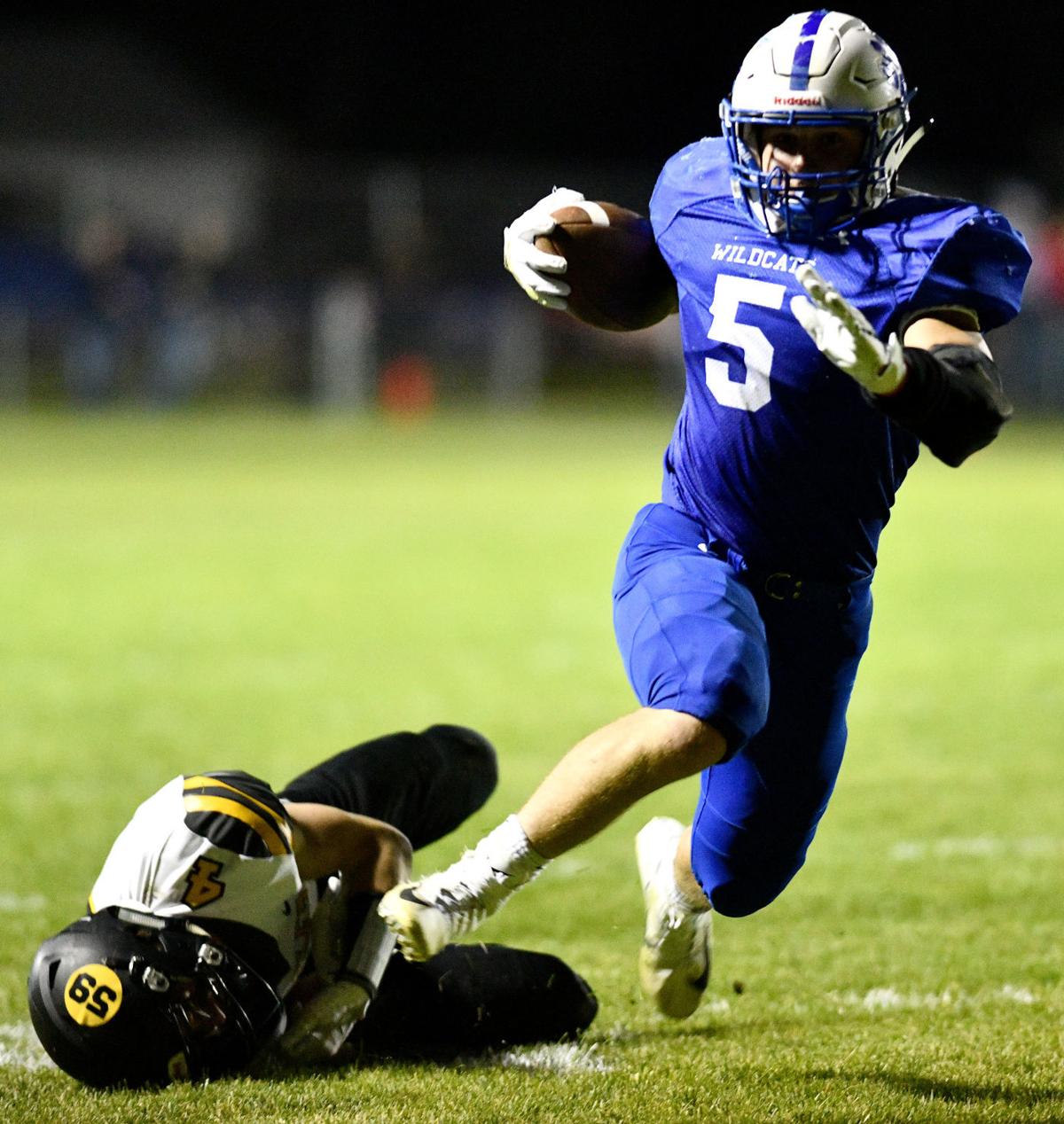 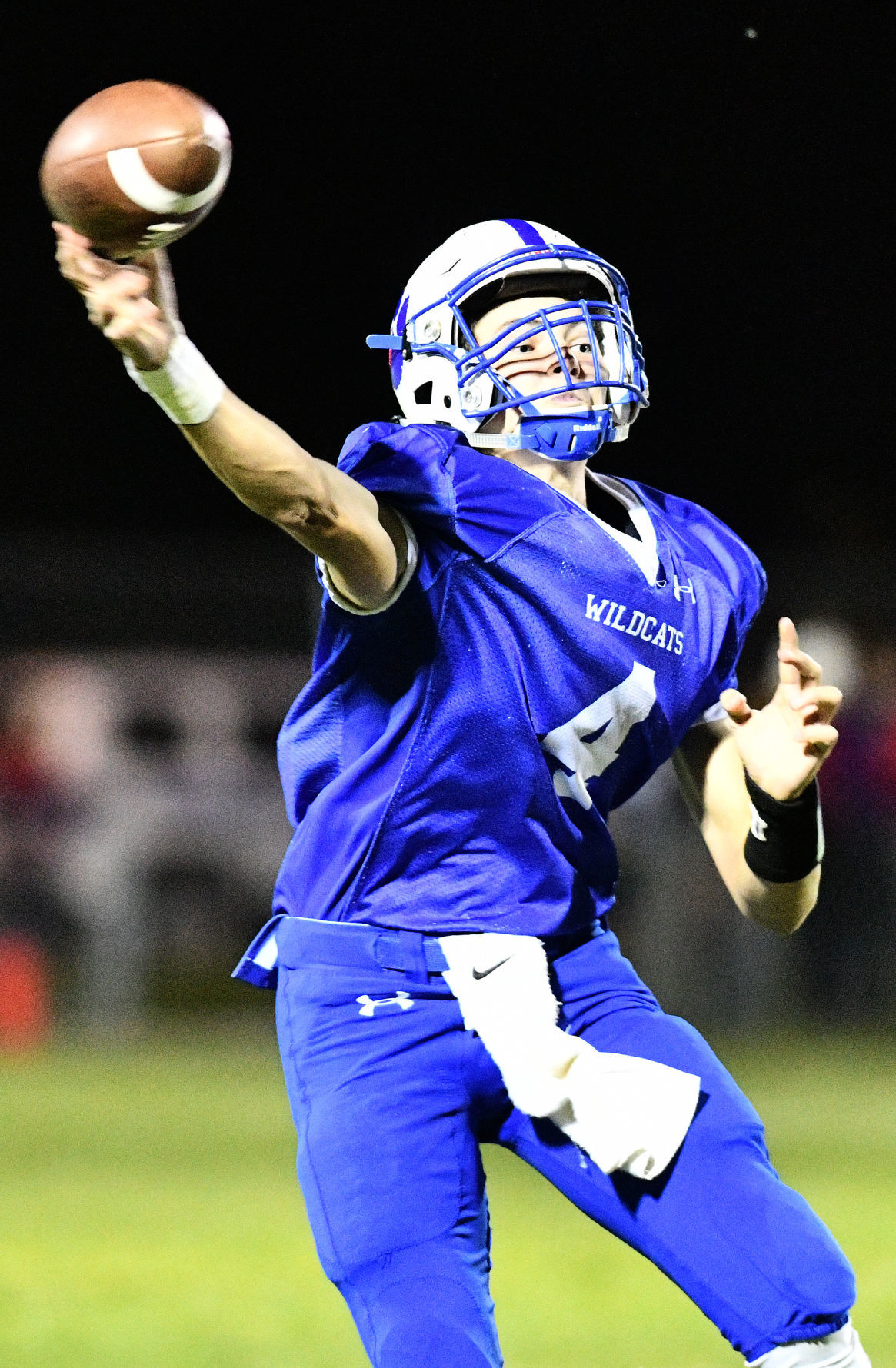 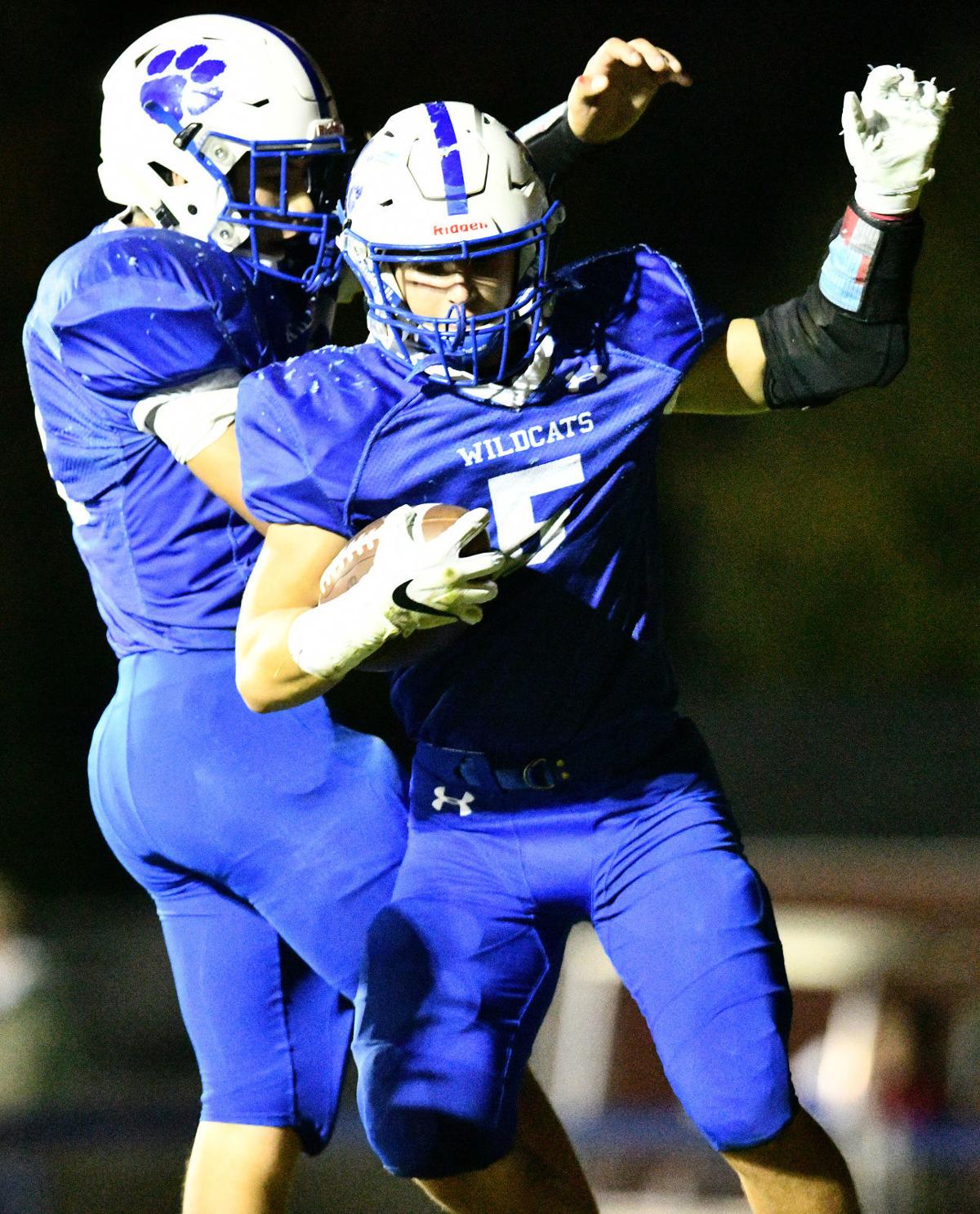 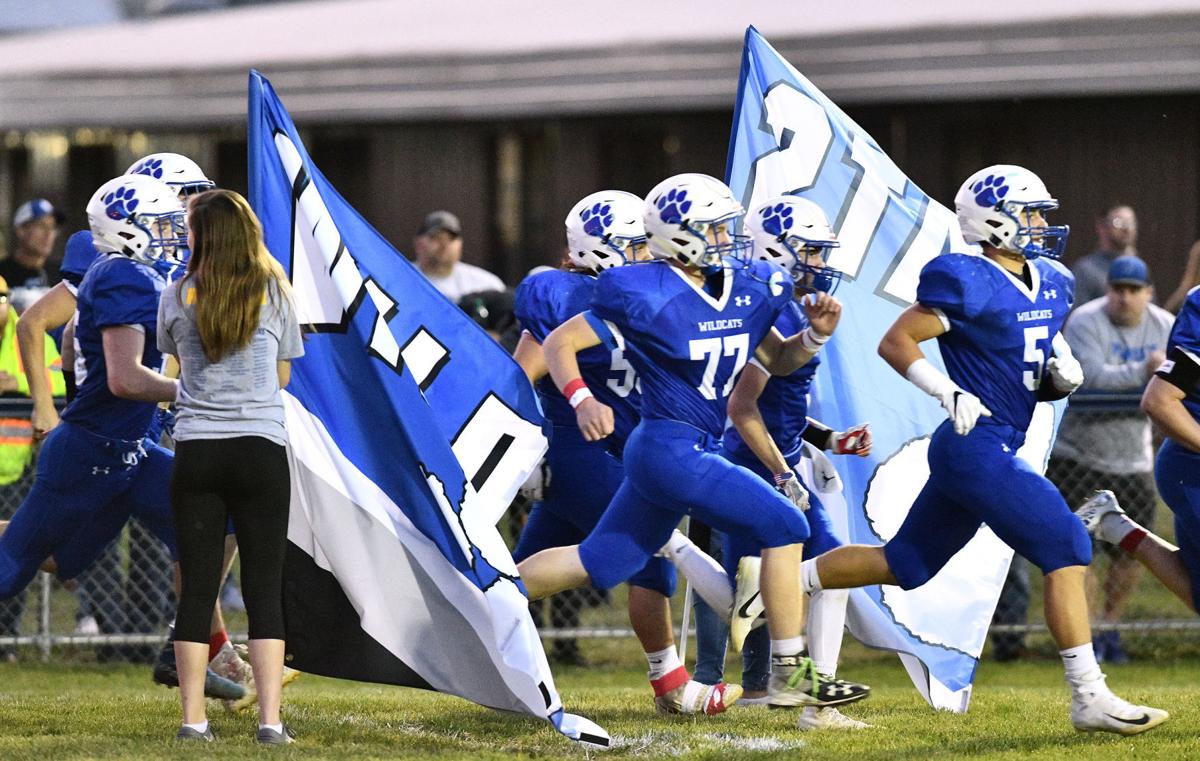 West Hancock has forced a good amount of turnovers this season: Cayson Barnes has four interceptions and the team has 13 total, plus 15 fumble recoveries.

“They have good size and they can get penetration, which is always good on defense and that causes people to make poor judgments and when that happens, that’s when you get turnovers,” Bremer said. “For the most part (we’ve taken care of the ball). Jase has done a pretty good job and is reading everything right and is taking care of the ball. We just need to concentrate on taking care of the ball and not giving them the chance to touch the ball.”

When West Hancock has the ball, it eats on time and yardage on the ground. Tate Hagen has 1,878 yards rushing with 27 touchdowns and he is one of three 1,000-yard rushers for West Hancock this season. Josef Smith has 1,067 yards and 14 touchdowns and Cole Kelly has rushed for 1,060 yards and 18 touchdowns. All rush for at least 8.0 yards per carry.

“As long as we keep doing what we’ve been doing and try and focus on making sure each and every one of us are doing their job and not overpursuing, we should be OK,” Bremer said.

Football in review: Which Siouxland teams are going to the Dome?

After a lopsided season-opening loss to Lewis Central, the Warriors put up 47 on Harlan and haven't looked back: They enter Thursday’s Class 3A semifinal against Solon in the UNI-Dome on a 10-game winning streak.

Rematch between Remsen St. Mary's and Audubon in 8-man semifinal

After a season-opening 26-25 win over Audubon, the Hawks went on to win the 10 subsequent games of their season. But Audubon is undefeated since the opening week of the season, too.

When you grow up in Iowa and play high school football, the dream is to make it to the dome. That was even the case 100 years ago when I played, although the closest we came to a dome was the light on the inside of a car.

The Warriors drove to the 11-yard line, but Lucas TePoel picked off Daniel Wright as time expired, preserving Solon’s 43-36 Class 3A semifinal win. “All but one play," SB-L coach Justin Smith said.