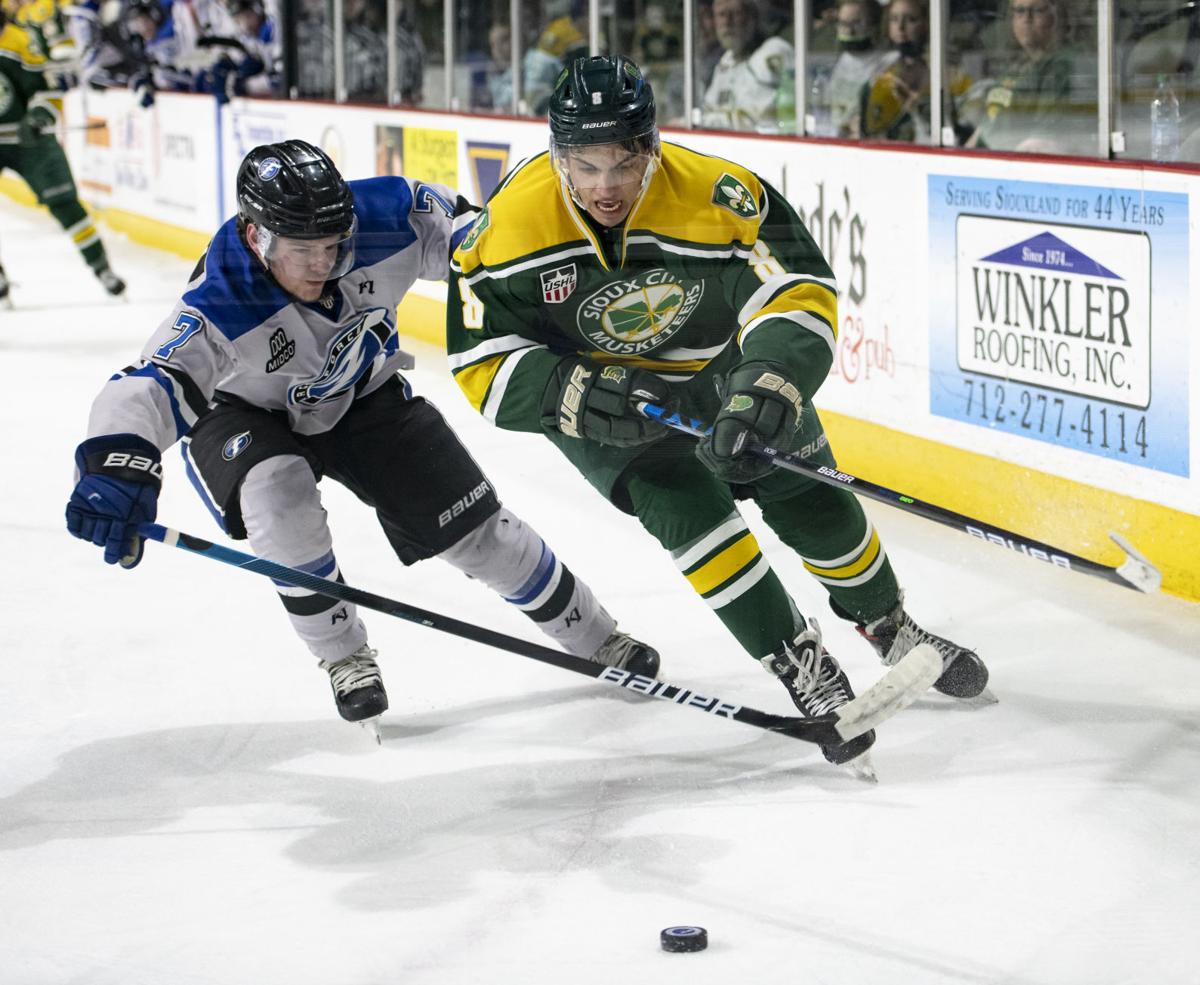 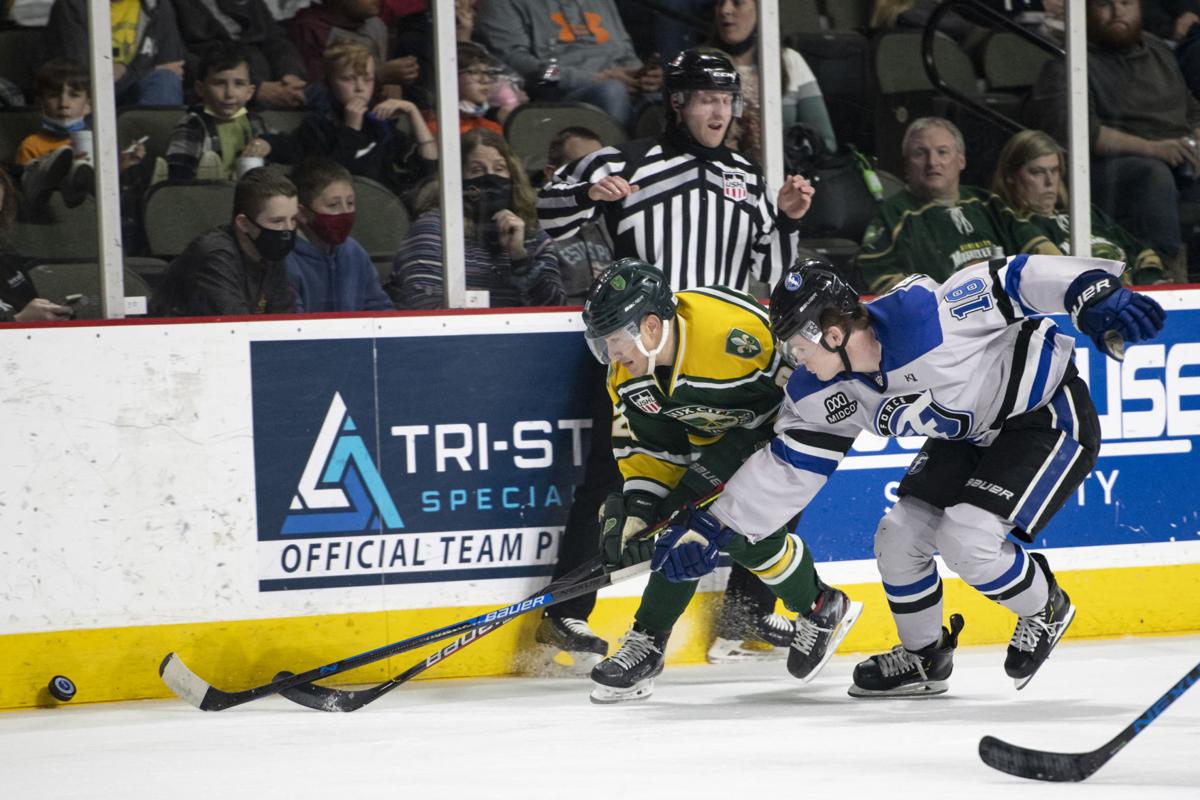 On Sunday afternoon, the Musketeers snagged their biggest win of the season, as the team took down Omaha by a 2-1 score, to sweep the Lancers aside on their home ice in the best-of-three Western Conference semifinals.

Sioux City got goals from Chase Bradley and Justin Hryckowian in the win, and standout goalie Akira Schmid came away with 28 saves.

"I'm happy for the guys," Musketeers head coach Luke Strand said. "They kept clawing and scratching and earning their way around. At the end, they played their (expletive) off for each other. It's so fun."

Bradley scored the first goal of the day for Sioux City, with a shot from the left side of the net to give the Musketeers a 1-0 lead at the 2:12 mark of the first period.

The goal came on a power play, with an assist from Sioux City defenseman Shai Buium.

Omaha tied the game up early in the second period, as Cam Mitchell hit the net, with assists from Nick Perna and Liam Devlin. Going into the final period, the game was tied at one goal apiece.

In the third, Hryckowian pushed his team to a victory, with his 17th goal of the season.

Omaha went 0-for-6 on the night in power play opportunities, as Sioux City thrived, even while shorthanded.

"We had to play defense first, but I think good defense led to offense," Strand said. "That's a select group that goes out and kills penalties all the time, and it takes a lot of commitment."

Bradley, who leads Sioux City in scoring this season, started his USHL career with Omaha before being traded to the Musketeers last March. For him, the opportunity to sweep Omaha on the road, in the postseason, was especially meaningful.

"It's super cool," Bradley said. "Especially with me playing back here, it's kind of a big game for me. To knock them out, it's a little sad seeing the guys from last year. But that is part of the game. You make new friends along your journey, you get traded sometimes, and you make some more friends. It was a good feeling."

With the win, Sioux City advances to the USHL Western Conference Finals.

Elsewhere in the USHL, No. 4 seed Fargo beat No. 1 Tri-City to win its three game Western Conference semifinal. That means that Sioux City gets home ice advantage when it plays Fargo in the next round.

This weekend though, it didn't seem like the Musketeers had even left home, as Sioux City fans flocked to Ralston Arena.

"We had more fans maybe than they did, which is awesome for Siouxland, and our community, and our organization," Strand said. The volume of people that came here to support us made it very special."

Morningside hopes for repeat win over Northwestern in NAIA semifinal

SIOUX CITY — The Bishop Heelan High School girls soccer team fell to 4-7 on the season with a 6-2 loss on Monday to Lewis Central.

The Unity Christian boys and girls track and field team swept the 2021 War Eagle Conference Meet on Monday, as the women took the team title a…

The Kingsley-Pierson/Woodbury Central girls track team came away with a victory on Thursday in the KP-WC Invitational, as KP-WC took first pla…