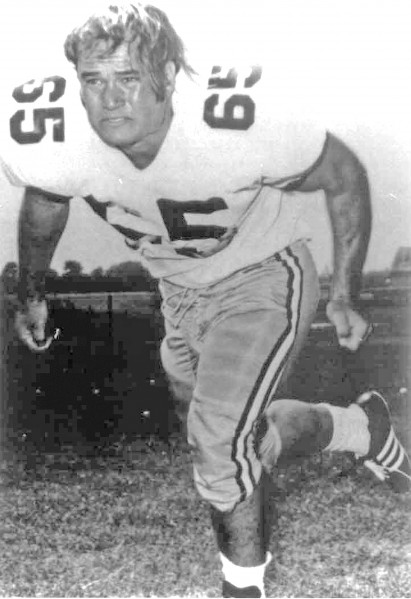 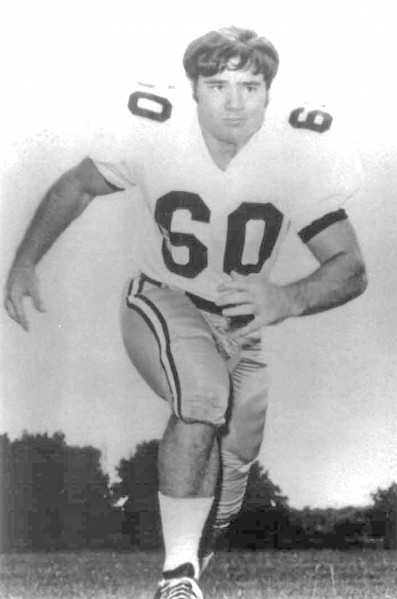 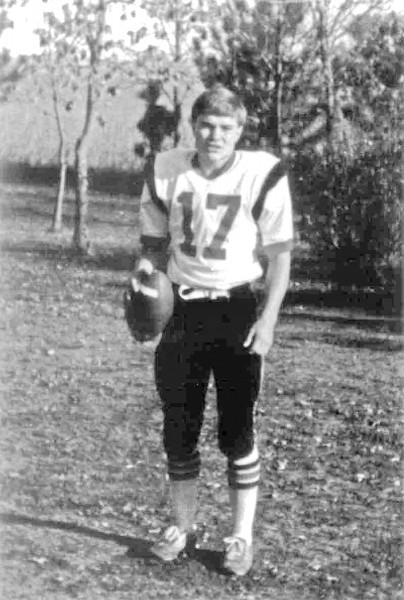 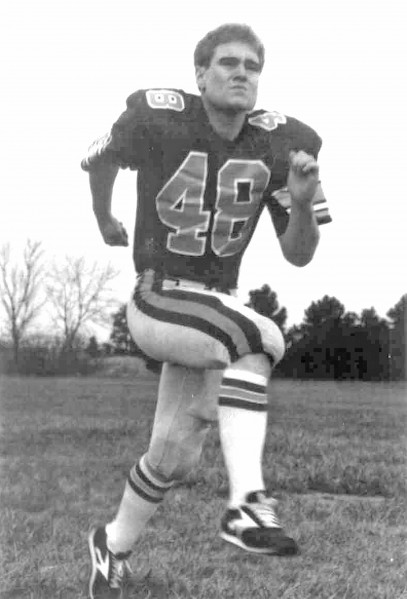 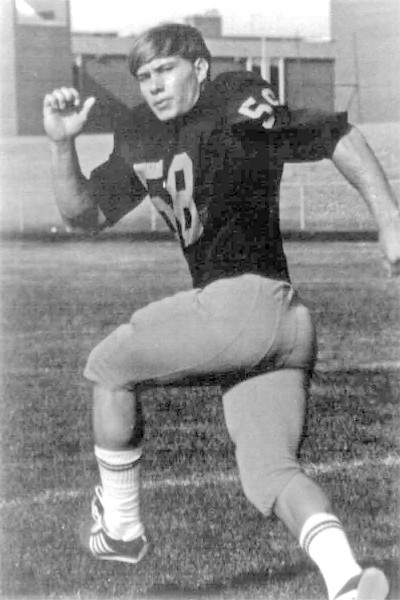 A couple of retired football coaches with impressive credentials, Matt Mottice and Ron Blackledge bumped into one another recently in their native state of Ohio, long recognized as an American football mecca.

Blackledge is known for his 14 seasons as an assistant coach in the NFL, logging 10 years with the Pittsburgh Steelers and four with the Indianapolis Colts.

He is also known as the father of Todd Blackledge, the former college and pro quarterback who is now a veteran football analyst for ESPN.

Mottice can't quite match those credentials. However, the 72-year-old from Mineral City, Ohio, left quite a legacy from his five seasons as the coach of phenomenal eight-man teams at Jefferson, S.D., guiding the Blackhawks to 39 victories in a row from 1964 through 1968.

And, as he conversed with Blackledge, a former high school rival, he was reminiscing on brothers Maurice and Marc Crevier, the backbone of that winning streak, both as four-time all-staters.

"Ron was the line coach at Ashland University (in Ohio) when Maurice and Marc were there,'' said Mottice. "I asked him, out of all the players he coached, even all of those guys he had in the NFL, if he ever ran into anyone like those Crevier boys. He said, ‘To me, those were the two toughest boys I've ever been around.' And, he's not the kind of guy who would say that if he didn't mean it.''

Small wonder the two eldest surviving siblings from a remarkable Jefferson farm family (see separate story) will be inducted Saturday into the athletic hall of fame at Ashland, an NCAA Division II school they helped catapult into decades of football prosperity.

"They were complete gentlemen off the field,'' said Mottice, undefeated at Jefferson after losing his first of 40 games at the school. "But it was a different story when they were on the field.''

Mottice found his way to South Dakota to complete work on the master's degree he began pursuing as a Kent State roommate to up-and-coming basketball coach Bill Musselman.

While the one man was launching a career with some of the best football teams he'd ever coach, the other was grabbing a college head basketball coaching job at Ashland, taking over in 1965 at the age of 25.

And, it would be the Musselman connection that not only led the Crevier brothers to Ashland, but also their cousin, Mark Bernard, who made noteworthy contributions of his own under Coach Fred Martinelli.

Maurice and Marc were among the earliest of a whopping 72 All-Americans to campaign for Martinelli, whose career with the Eagles spanned 35 seasons (1959-93) and a 217-119-12 record.

Marc, a 5-10, 210-pound offensive guard, earned All-America laurels each of his last two years, starring as a senior on an 11-0 squad that was ranked No. 5 in the 1972 Division II poll by Associated Press.

"Matt Mottice gave us the vision and he gave us the dream,'' said Marc, 60, who lives in Elkton, S.D., a community 20 miles south of Brookings that has become the home to all but four of the 11 Creviers who reached adulthood. The eldest of Ray and Patricia Crevier's six sons and six daughters, Marty, died at age 12.

"(Mottice) started us on a weight program, which nobody did in those days, and basically told us he'd get us scholarships even though we were playing eight-man football,'' said Marc, the national sales leader for the National Motor Club (AAA) the last seven years in a row.

"I had great coaches and great teammates in high school and also the players I played with at Ashland,'' said Maurice, 61, a remodeling contractor in the Minneapolis suburb of Eden Prairie. "In my heart, all of those guys are part of a hall of fame for me.''

Regardless of the game, the successes were downright remarkable for a high school whose district is now divided up between Dakota Valley and Elk Point-Jefferson. In the fall of 1967, Maurice's senior year, Jefferson's third of four consecutive undefeated teams averaged 75 points to their opponents' three.

"Everybody thought we poured the score on, but we were ahead by 40 points in the first quarter of some of those games,'' said Mottice. "One team left at halftime. We came out for the second half and they were gone.''

Mottice recalls seven opposing players sustaining bone fractures from the punishment dished out by Marc, whose strong Christian faith, shared by the entire family, has led him to a master's degree in divinity. And, despite the hard work he's obviously invested in his sales job, he will soon earn his doctorate.

"Marc never would tell you this, but one game he came in with his fingers all bandaged up,'' said Mottice. "He had a pretty good game and afterward he unwrapped his fingers. He'd gotten them caught in a corn picker and lost the tips of two fingers. I'm pretty sure because he was so strong, when that cornpicker grabbed him, it stopped the motor instead of something much worse happening.''

Jefferson's overwhelming edge, though, was the speed that helped Mottice lead the Blackhawks to state track and field titles his last three years at the school.

"There were 10 of those kids that could run a 100-yard dash in 10.4 (seconds) or under,'' said Mottice, assisted his first four years by Jim DeJong, who later coached many years at Sheldon. "I always believed track was the key to football. If you can run, you're going to have a better chance.''

"I always told the kids, I never went to a state track meet in Ohio that (former Ohio State football coach) Woody Hayes wasn't there,'' said Mottice, assisted in his final year at Jefferson by the late Roger Hansen, later a head boys basketball coach at Bishop Heelan. "Or, after him, Earle Bruce (Hayes' successor).''

Tight end Joe Trudeau, a University of South Dakota hall of famer, heads a list of other outstanding athletes who contributed to the Jefferson dynasty, but additional stalwarts included the likes of Tommy Gorman, David Roach, Rick Johnson and Tommy Allard, a 16-foot pole vaulter. Rick La Fleur, father of South Sioux City Coach Matt La Fleur, was another standout performer and his younger brother, Dan, played on the last unbeaten team as a sophomore before transferring to Heelan and later playing for Iowa.

The Creviers, though, found themselves in yet another winning environment at Ashland, playing for Martinelli.

"Fred got a lifetime achievement award from the Ohio High School Football Hall of Fame this summer and I took my two sons to see it,'' said Maurice Crevier. "He looks just like (Penn State Coach Joe) Paterno, they could be brothers. Anyway, this was his eighth hall of fame. I didn't even know there were eight halls of fame.

"I remember (Martinelli) telling us the power is decision is our own -- we have a choice to make a decision to make a difference.''

It's rather obvious what the Crevier brothers chose.

Bert Crevier has no difficulty remembering the dates when his mother and father passed away.

There are football families and then there are the Creviers and Lynches.