Houlihan advances to final in 5,000
View Comments
Share this
{{featured_button_text}}
1 of 3 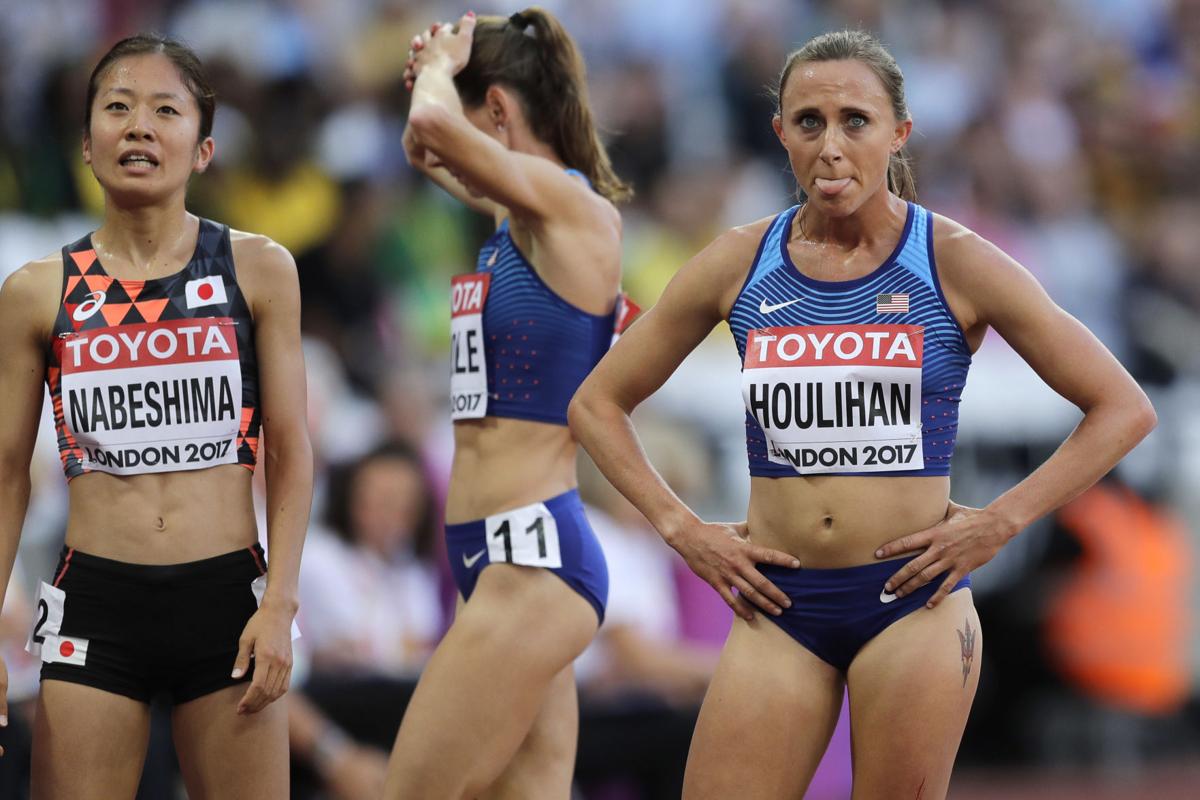 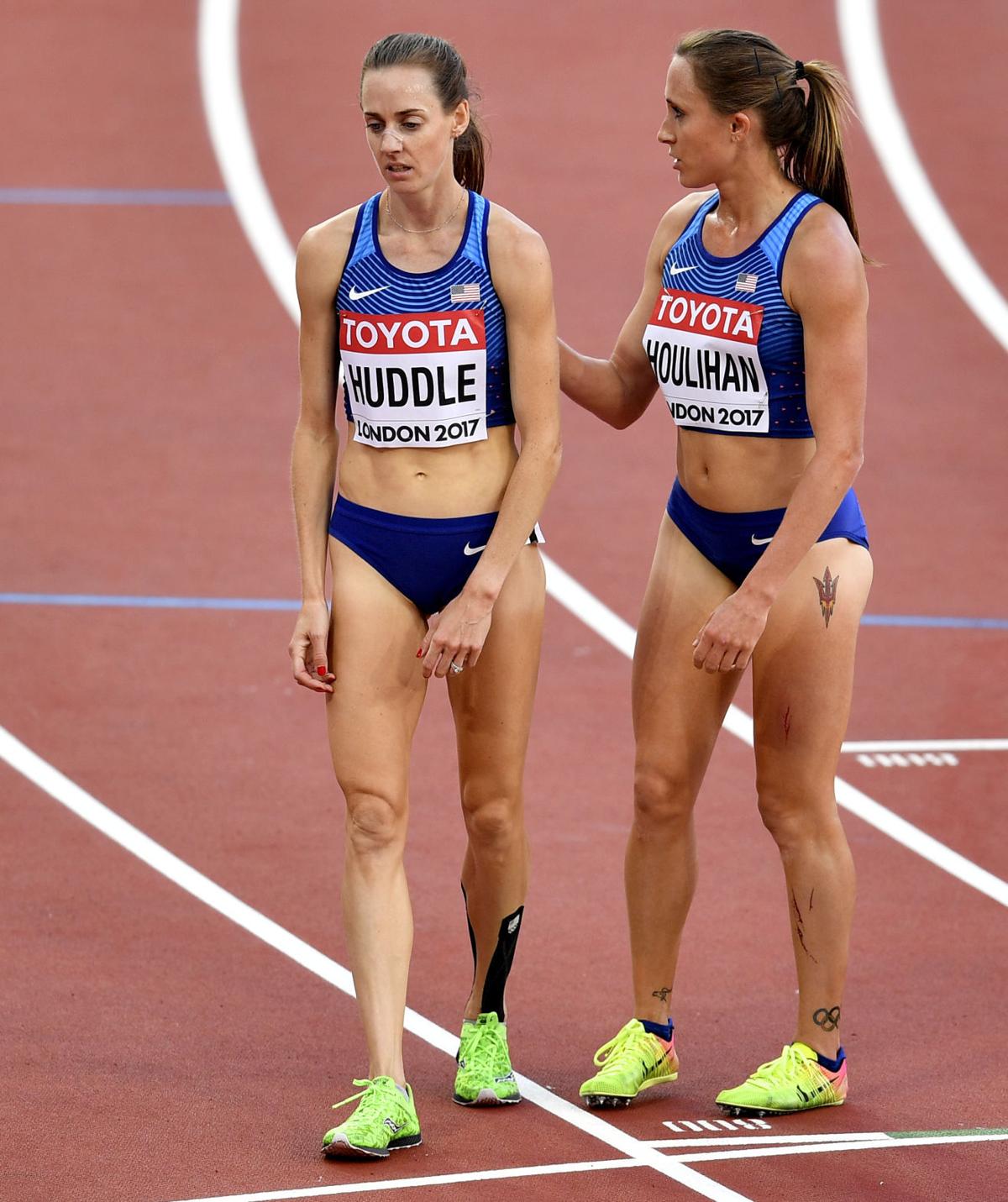 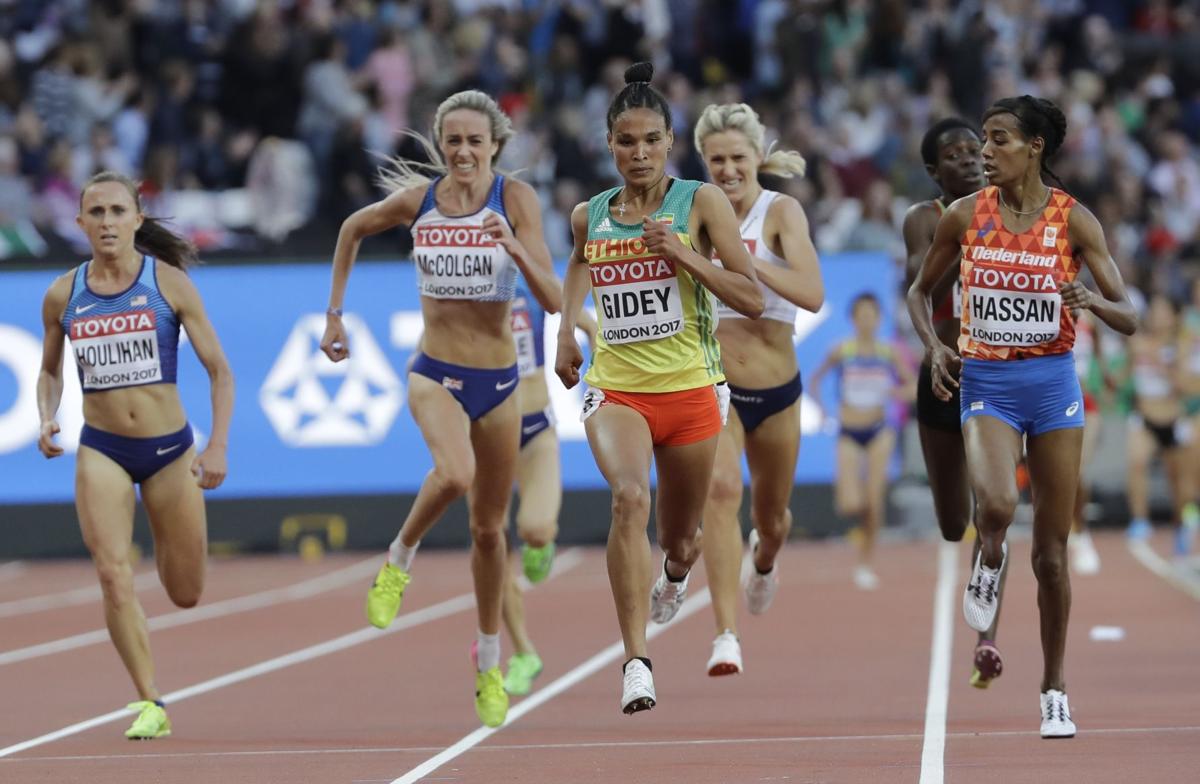 While it didn’t result in victory like it did at the USA Track and Field Championships, it did propel the Sioux City East graduate into the finals of the 5,000 which will be held Sunday.

Sitting in eighth with 1,000 meters to go in Thursday’s prelim, Houlihan, a former Arizona State national champ, closed in 2:43.27 to finish third in her heat in 15:00.37 and advance to the finals.

Houlihan's new personal-best time moves her into the 15-person final on Sunday where she hopes to improve on her 11th place showing from the 2016 Rio Olympics.

“I felt really comfortable,” said Houlihan. “I felt good, just try and conserve as much energy as possible, trust in my kick and it worked out.”

At the USA Championships in Sacramento in June, the daughter of Bob and Connie Houlihan had outkicked both Molly Huddle, the reigning 10,000-meter American record holder and Shannon Rowbury, the 5,000-meter U.S. record holder to win her first national title.

Huddle took the lead early in the second heat (the same heat that Houlihan ran in), leading through each of the first four 1,000-meter checkpoints. Huddle joined her American teammate in the final by holding on for seventh place in 15:03.60 to earn one of the five qualifying spots based on time.

Rowbury, running in the first heat, finished fifth in 14:57.55 to earn an automatic qualifying spot into Sunday’s 1:35 p.m. final.

“I don’t really think about what it’s (final) going to be, you never know until you get in there and it starts happening,” said Houlihan. “Fifteen flat is very comfortable for me and I believe I’m in better shape than that. To come away with a PR is pretty cool.”

It was a strong day across the Championships for the U.S. squad as two separate events, the women’s 400-hurdles and the men’s triple jump saw the Americans post a 1-2 finish.

The triple jump was predictable — another great fight between American teammates Christian Taylor and Will Claye.

As usual, Taylor came out on top. The two-time Olympic champion won with a leap of 17.68 meters. Claye, the runner-up behind Taylor at the last two Olympics, was 5 centimeters behind for silver.

"Will Claye makes it difficult for me every time," Taylor said. "This final was a fight, I enjoyed it. It makes the competition fun."

On another good day for the U.S. team, the Americans also got a 1-2 finish in the women's 400 hurdles.

Running in the outside lane, Kori Carter picked up speed after 100 meters and never wavered, winning in 53.07 seconds. Carter was .43 seconds ahead of Dalilah Muhammad, while Jamaica's Ristananna Tracey got bronze.

With three days to go, the United States has 19 medals overall. Kenya is second with seven. In the gold-medal rankings, the Americans lead with six, while Kenya has three.

--The Associated Press contributed to this story.

Houlihan to race at World Championships

ALBUQUERQUE, N.M. -- For the second year in a row, Sioux City native Shelby Houlihan is the American indoor champion in the women’s 3,000-meter run.