The Northwestern and Dordt women's volleyball teams have both qualified for the NAIA National Championship Tournament, and will play their respective opening round games on Saturday.

The teams are two out of the five GPAC programs that qualified for the national tournament.

Dordt will host MidAmerica Nazarene (Kan.) on Saturday at 7 p.m. in the opening round, while Northwestern will host Trinity Christian (Ill.).

The winner of the opening round bracket will advance to the NAIA championship final site, at Tyson Events Center, on April 27.

The Briar Cliff women's soccer team was selected the No. 20 overall seed at the NAIA women's soccer national tournament on Monday. The Chargers will face No. 14 ranked Lindsey Wilson on Thursday in Spring Arbor, Mich. at 4 p.m.

Briar Cliff is the No. 3 seed in the four-team Spring Harbor opening round bracket. The winner of Thursday's game will play on Saturday at 2 p.m. against either top-seeded Spring Harbor or Northwestern Ohio.

The Chargers have a 12-2-2 overall record this season, and qualified for the first national tournament in program history thanks to their regular season GPAC title.

The winner of the four-team opening round bracket will advance to the NAIA championship final site, in Foley, Ala. The championship field will begin play on April 27, with the national title game taking place on May 3.

Coyotes' high-jumper Zack Anderson set a new personal record with a jump of 7-5, which tied him for the national lead and matched the Olympic Qualifying mark. Anderson is a three-time All-American, and has helped the teams' high-jumpers to an average mark of seven feet.

In the pole vault, where the Coyotes rank second in the nation, two athletes are currently ranked in the nation's top-10, in senior Ethan Bray (sixth) and freshman Eerik Haamer (10th).

Redshirt freshman Brithton Senior rank a mark of 13.54 in the 4x100 meter relay, seventh-best in the country, while freshman Demar Francis a 400-meter time of 46.68.

South Dakota will race this weekend at the Sioux City Relays at Olsen Stadium. 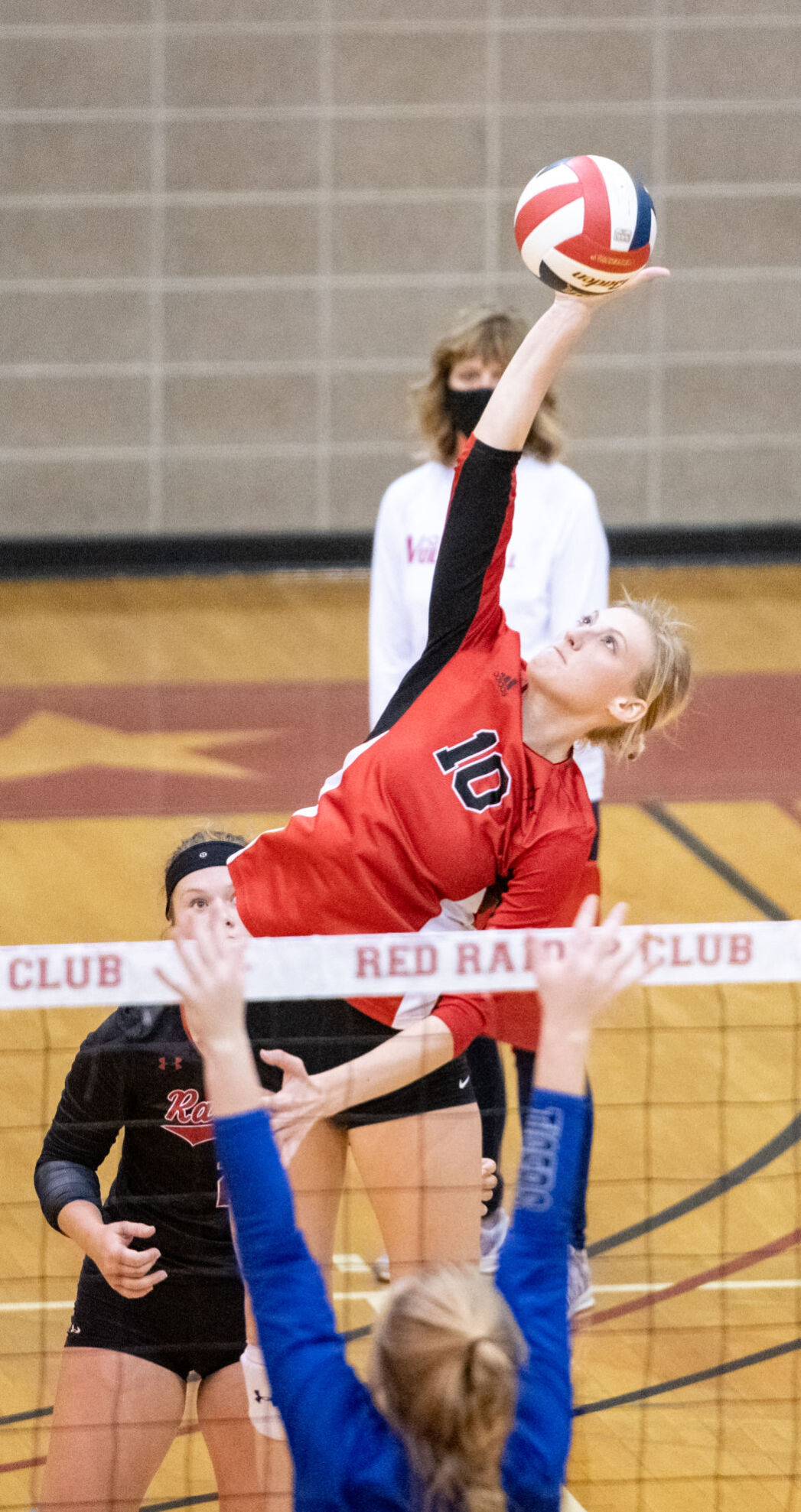 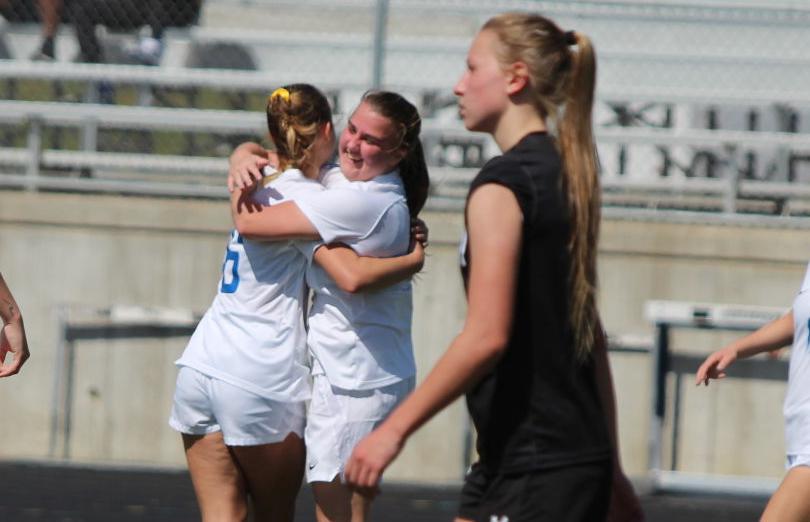 Briar Cliff freshman Hanna Shuttleworth (right) is congratulated by her teammates after scoring a goal on in last season's GPAC semifinals.  Shuttleworth assisted on one goal in the Chargers' 4-0 win over Dakota Wesleyan on Wednesday. 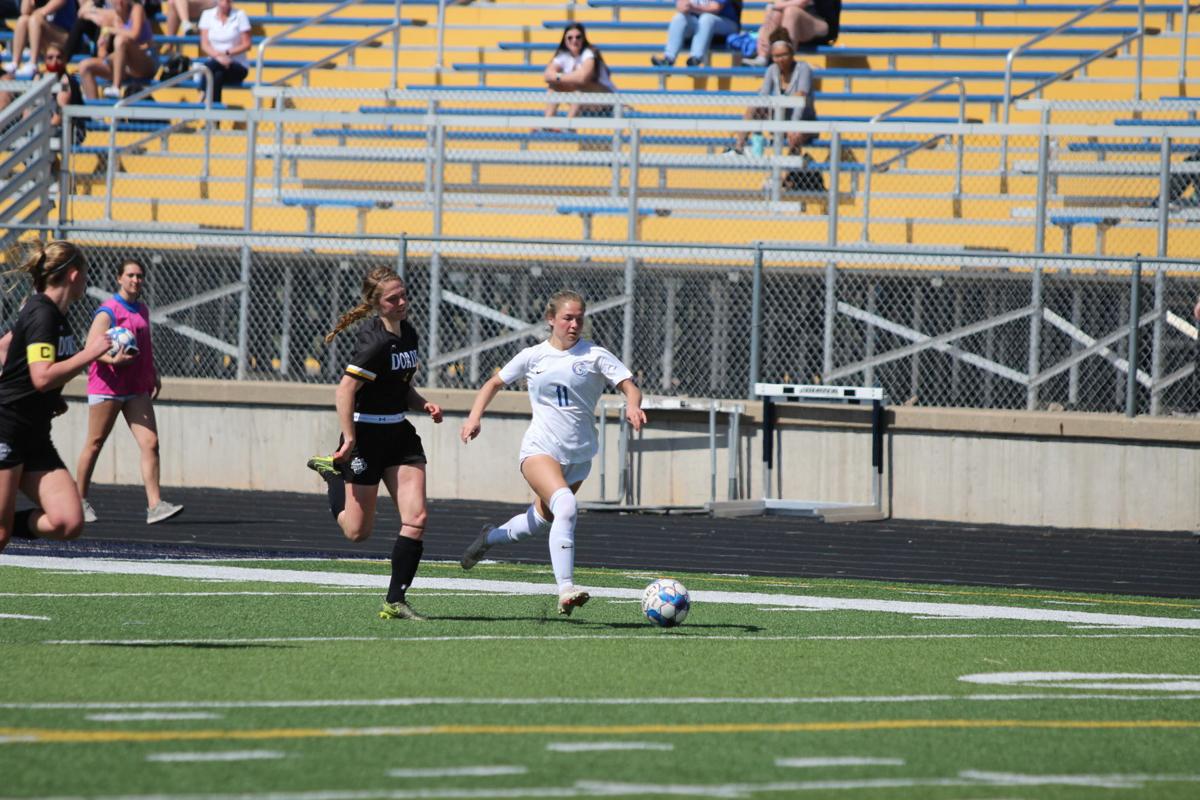 Briar Cliff junior Taylor Hill dribbles the ball up the pitch on Saturday against Dordt. Hill finished with one goal in the Chargers' 4-1 win over the Defenders.