Get the daily forecast and severe weather alerts in your inbox!

That’s the winter weather warning from Sarah Perreault, senior editor for the Old Farmer’s Almanac. Weather prognosticators in the 231st edition of America’s oldest almanac are predicting a colder than normal winter in the Heartland.

So find your snow boots, gather up the gloves and scarves, heavy sweaters, puffy polar coats and fleece blankets and prepare for what just could be some bone-chilling days ahead.

If you can’t hibernate, “go west,” Perreault said. This year’s predictions divide the country with the western U.S. expecting a “wet and mild” winter, and “shivery and snowy” weather in the East and Midwest. Potentially record-breaking cold may be paired with above-average snow totals.

The western half of Iowa is predicted to be cold and dry, while the eastern half will be cold and snowy, and the Cedar Valley appears to be on the dividing line. 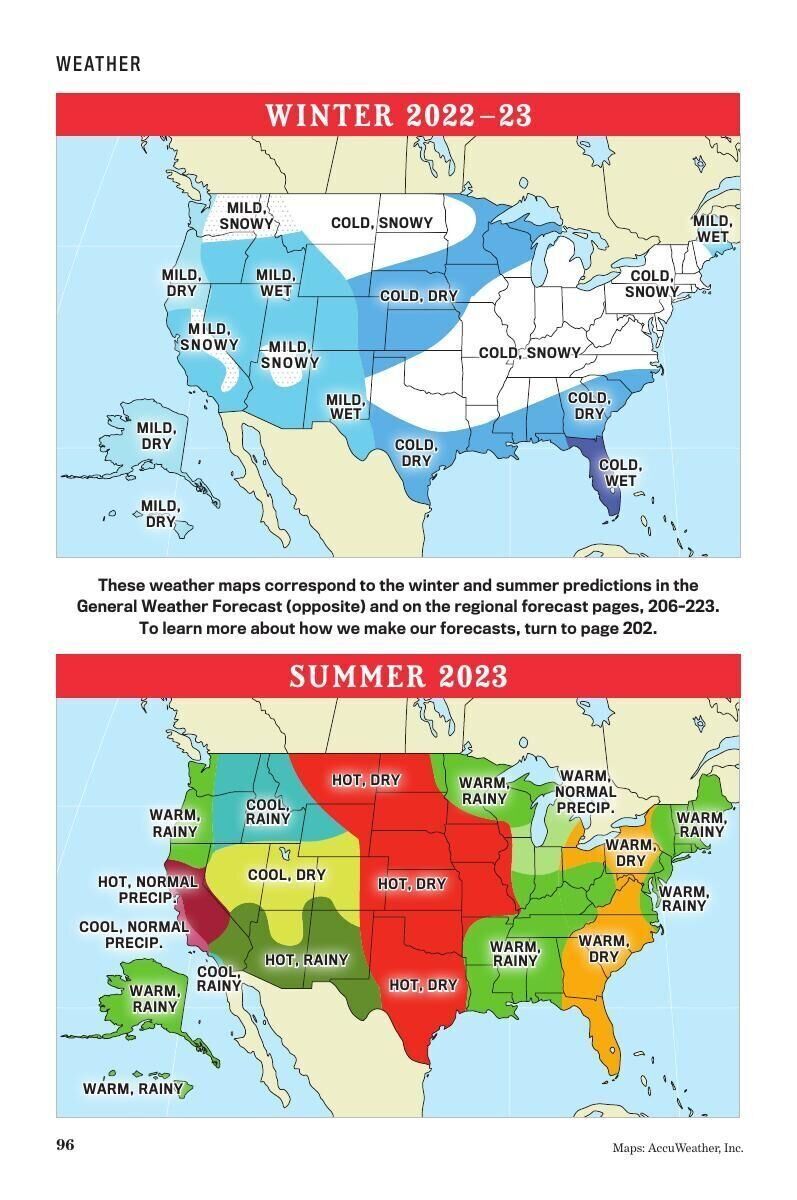 “The coldest periods will be in late November, early December and some of the coldest days in early to mid-January and mid- to late February. And you may need to put on snow tires as early as November,” Perreault suggested.

November is expected to have snowy periods and very cold temperatures from Nov. 18 to 22, followed by rain and snow showers, a few milder days, followed by more snow and frigid weather. December doesn’t look much different, with snow showers and colder temperatures arriving just in time for Christmas.

It’s enough to cause the average person to develop a weather phobia – which the 2023 Old Farmer’s Almanac also details. Fear the cold? Then you may suffer from cheimatophobia, frigophobia or psychrophobia. Do visions of snow and shoveling cause you to break out in a cold sweat? You likely have chionophobia.

Thomas believed weather was influenced by sunspots, which are magnetic storms on the surface of the sun. “Solar science, climatology, weather patterns, meteorology is still the core, but over the years, forecasting has been enhanced with state-of-the-art radar and technology and modern science,” she explained.

Forecasts emphasize deviations from averages or normals, based on 30-year statistical averages provided by government meteorological agencies and updated each decade. The predictions for late 2022 and 2023 are based on statistics from 1991 through 2020.

In the Heartland, which includes Iowa, sections of Kansas and Missouri and small slivers of Wisconsin and Illinois, snowfall is expected to be above average in the east, average or below average in the west.

Temperatures in January and February will be 8 and 9 degrees below average, respectively, and February is expected to average 2.5 inches of the white stuff, about ½ inch above normal. March will come in like a lion with snow showers and chilly temperatures before turning milder at mid-month, but not before showering eastern Iowans with 1-inch above-average precipitation.

Perreault said Old Farmer’s Almanac boasts a broad readership – “anyone from their 20s to their 80s, and we’ve got an Old Farmer’s Almanac for kids as young as eight. Reading the almanac is a tradition. I feel like it has a magical combination of wit, wisdom, optimism and fun and useful information.”

The new issue includes such topics as “The Myth and Mystery of Mistletoe,” Ukrainian Christmas dishes, tips for perfect perennials, best fishing days and times, why birds feather their nests and 2023 trends.

The 2023 Old Farmer’s Almanac is available at local retailers.

Get the daily forecast and severe weather alerts in your inbox!

The forecast is showing a hot day in Sioux City. The forecast calls for it to be a balmy 88 degrees. We'll see a low temperature of 63 degrees…

The forecast is showing a hot day in Sioux City. Temperatures are projected to be a quite sweltering high of 98. Today has the makings of a pe…

Listen to Across the Sky podcast; episode 23 coming soon!

🎧 Learn how communities prepare for natural disasters on the latest Across the Sky podcast.

Folks in the Sioux City area will see highs in the 60s today. It should reach a pleasant 66 degrees. Today's forecasted low temperature is 49 …

The Sioux City area can expect a hot day. Temperatures are projected to be a quite steamy high of 91. Today has the makings of a perfect day t…

Temperatures in the 60s are expected for the Sioux City area. It looks like it will be a mild 68 degrees. Today's forecasted low temperature i…

Temperatures in the 60s are expected for the Sioux City area. It should reach a pleasant 68 degrees. We'll see a low temperature of 52 degrees…

Alaska braces for possibly 'strongest storm in over a decade'; forecast predicts bombogenesis

The remnants of Typhoon Merbok are forecast to move into the Bering Sea and "bomb out" in a process also known as bombogenesis. 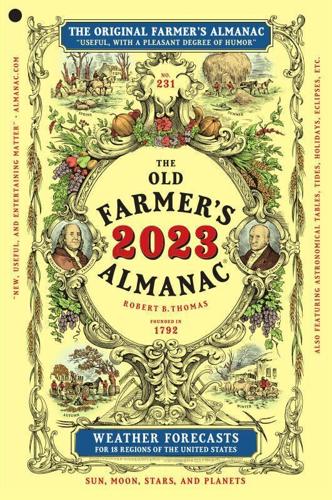 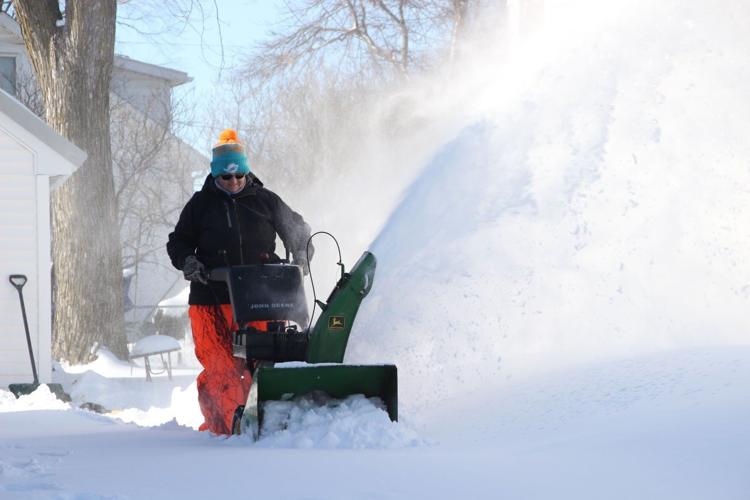 Find your snow boots, gather up the gloves and scarves, heavy sweaters, puffy polar coats and fleece blankets to prepare for a winter that potentially will be bone-chilling, according to the Old Farmer’s Almanac.