At the Ickey Nickel in Sioux City, Big Daddy Trivia is far from trivial
View Comments
Share this
{{featured_button_text}}
1 of 6 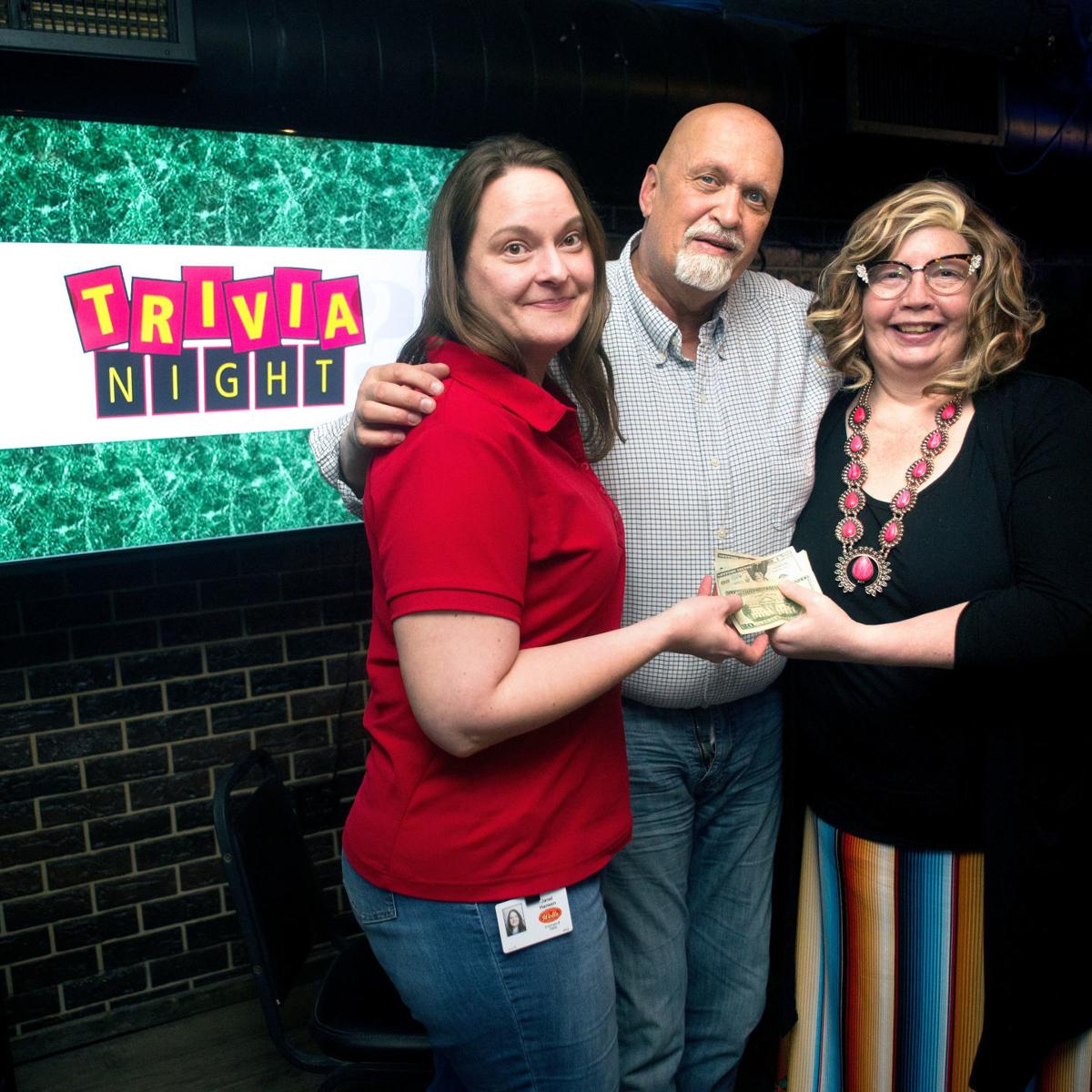 The winning team 28 Paws, with Janel Hansen of Sioux City, right, and Amy Parker of Sioux City, get their prize from Denny Anderson during Big Daddy Trivia at Ickey Nickel Bar & Grill. 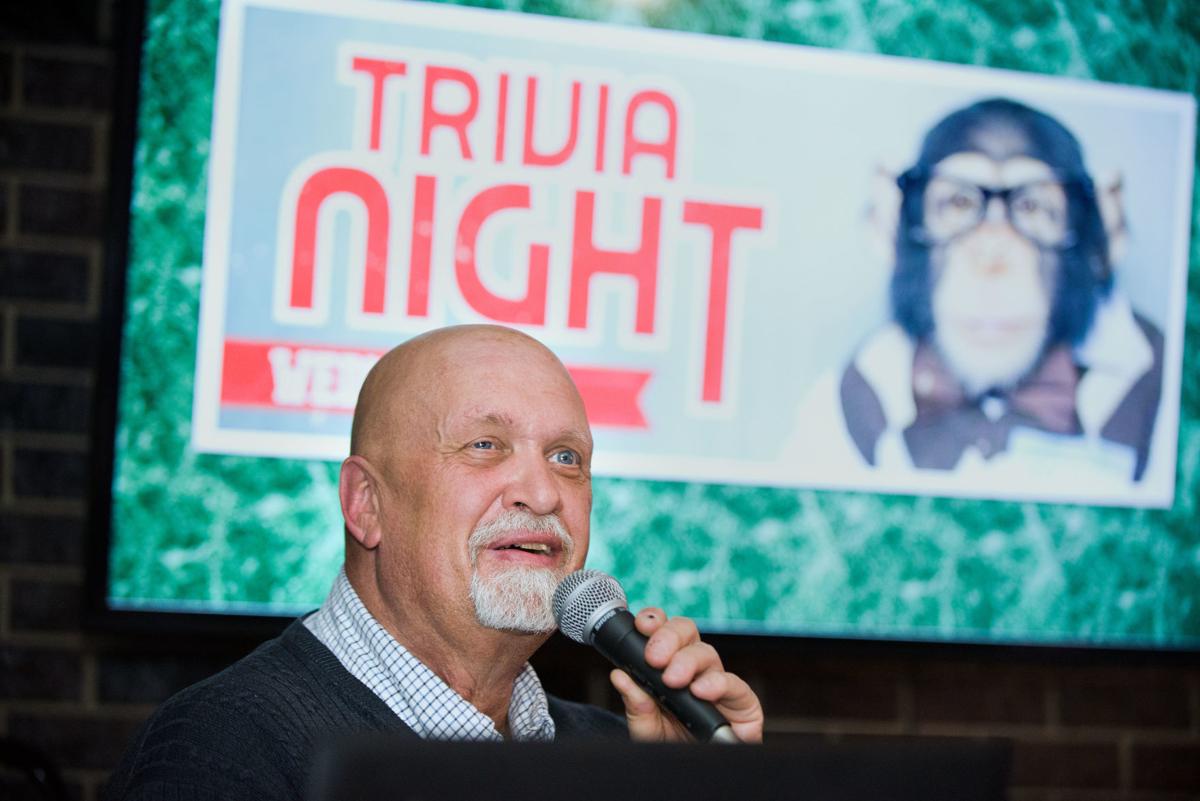 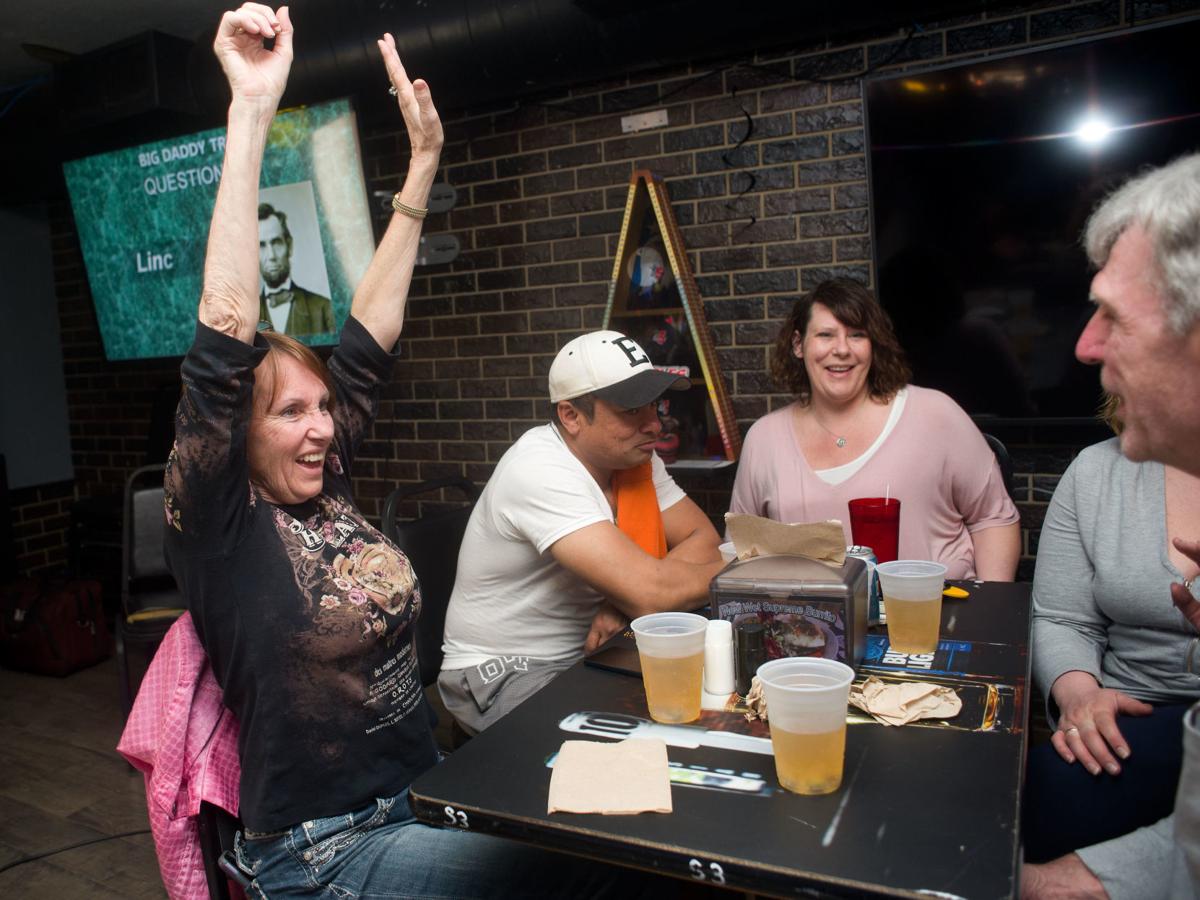 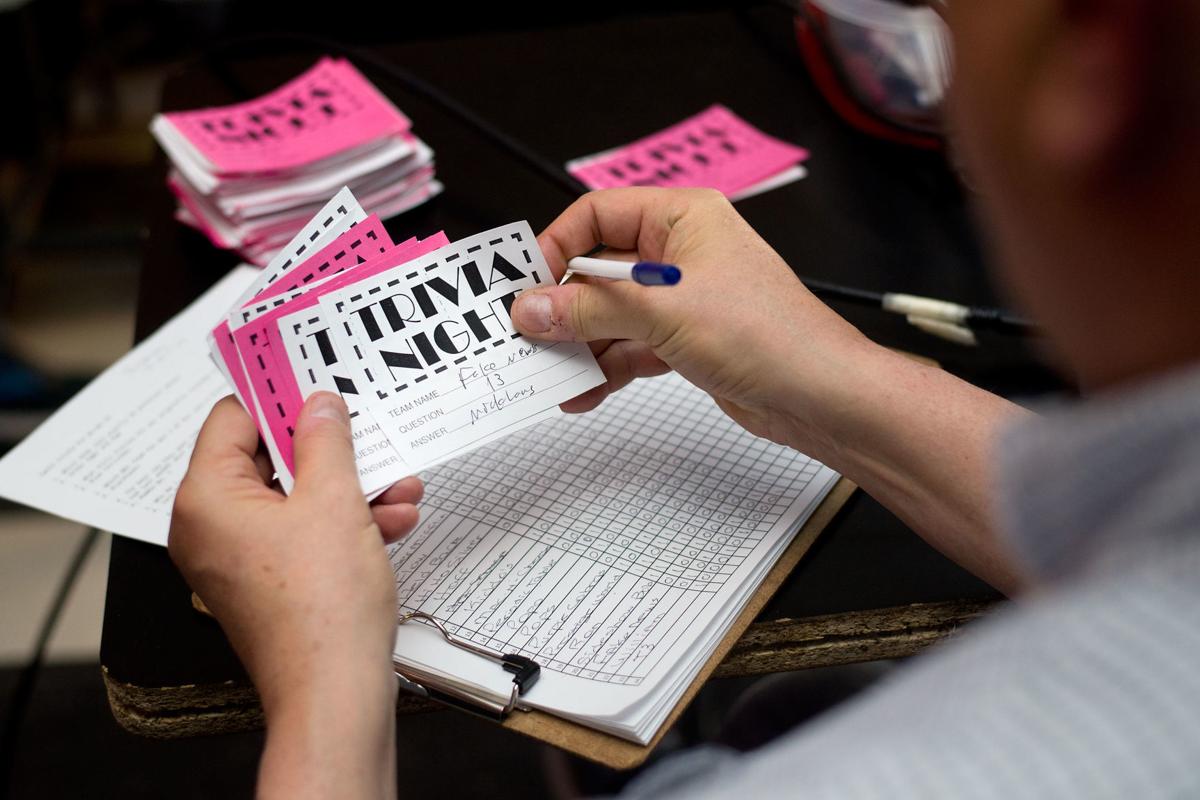 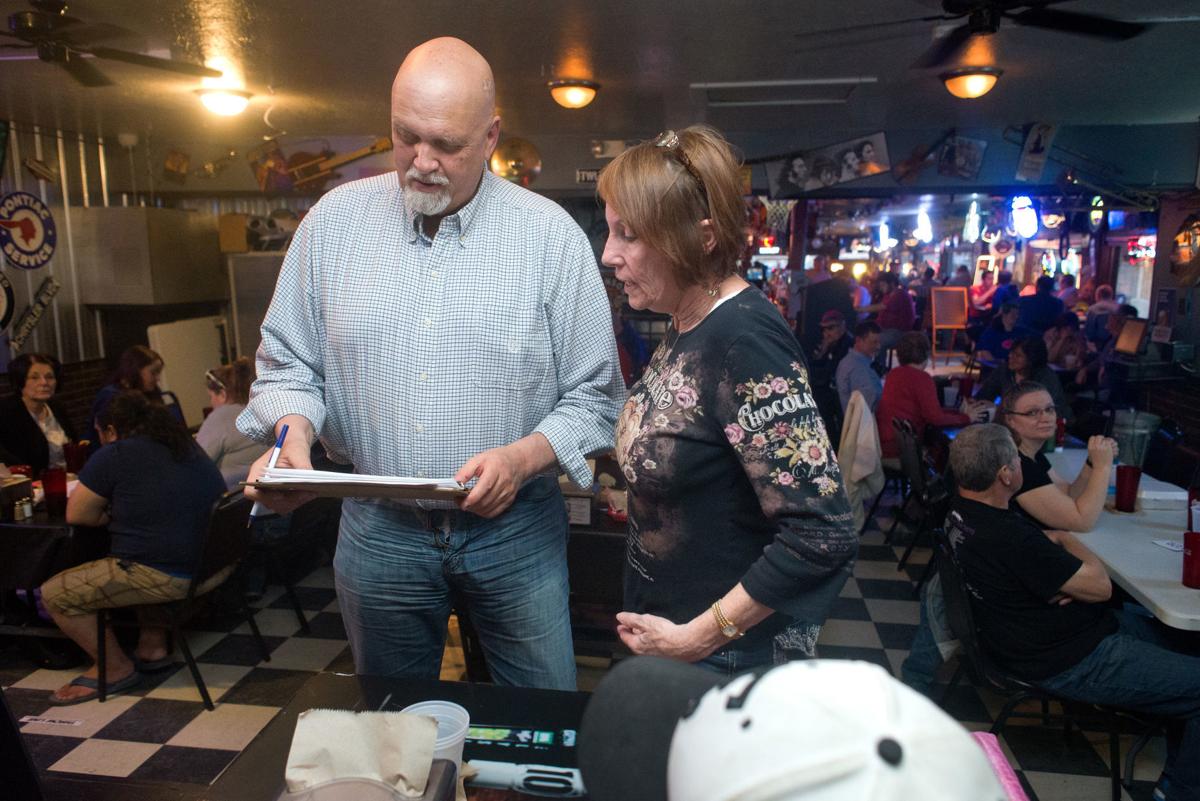 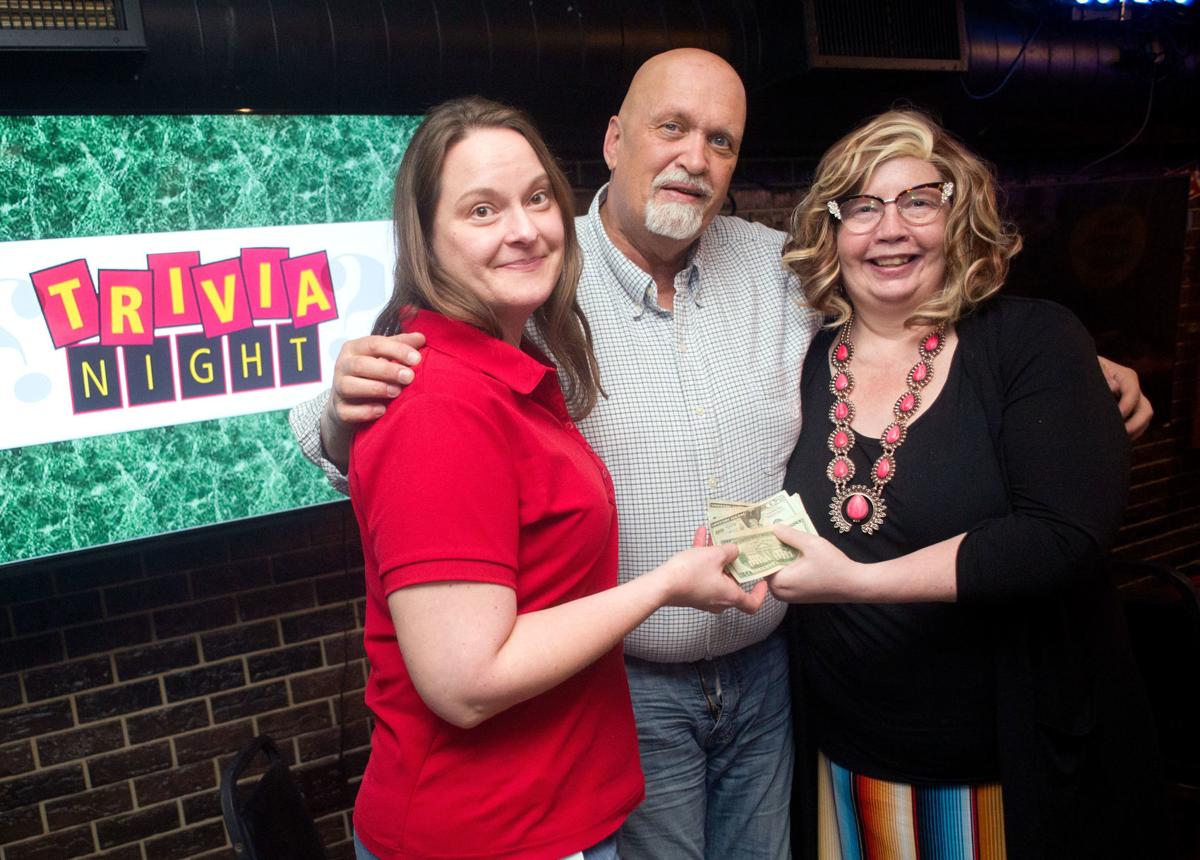 The winning team 28 Paws, with Janel Hansen of Sioux City, right, and Amy Parker of Sioux City, poses for a photo with Denny Anderson during Big Daddy Trivia at Ickey Nickel Bar & Grill.

On most Wednesday evenings, more than 20 teams make their way to Ickey Nickel Bar & Grill, 4700 41st St., for camaraderie, competition and a chance to snag $100 in cash.

Welcome to Big Daddy Trivia, where trivia is far from trivial.

"It started out as something for me and my wife to do at night," he explained. "We started doing a trivia night at (Sioux City's former) McCarthy & Bailey's Irish Pub that quickly caught on and started attracting attention."

Specifically, it began capturing the attention of competing bar owners.

A 'QUESTIONABLE' SIDE HUSTLE

After acquiring a following at McCarthy & Bailey's, Anderson was hired to begin a weekly trivia night. From there, he expanded his operations to include similar events at Castle Pub, Hard Rock Hotel & Casino's Anthem as well as P's Pizza Houses in Le Mars, Orange City and Dakota Dunes.

When Anderson isn't available to host a competition at a particular location, he'll farm out emcee assignments to some of his fellow Powell Broadcasting deejays.

Which is pretty sweet since trivia night contests are strictly sideline gigs for Anderson.

"I'm less expensive than a band and I always draw a crowd," he said. "It's a formula that works."

This is because trivia contests attract a surprisingly wide demographic from baby boomers to students to couples wanting a night out on the town.

"When you start having kids, you grab any chance at getting out of the house," said Edward Henry who, along with wife Angela, is a member of Team Flow. "Trivia night has become our version of date night."

While Angela excels at arcane pop culture, Edward is expert at all things sports.

"As long as it isn't hockey, I'm golden," he said with a breezy confidence.

Made up of East High School staff members, Team Dunder Mifflin regulars say they are tops when it comes to history-related trivia.

"Most weeks, we do pretty well," Mark Larson said, speaking for a group that consisted of himself along with fellow educators Bryan and Debbie Getchell. "We haven't embarrassed ourselves yet."

The teachers were bested by their own high school students at a recent competition. Plus it had to do with a history question.

"It had to do with the St. Valentine's Day Massacre," Larson said with a shrug. "Just a lucky guess, I'm sure."

According to Rueben Arellano, 17, of Team Dropouts, this is nothing but trash talk.

"Leave it to our teachers to talk smack," he said, rolling his eyes.

While Arellano and Daniel Ten Hulzen, both East 12th-graders, excel at history trivia, Noah Barger, also an East senior, is a scholar when it comes to sports.

Rounding out the high school quartet is Calvin Ten Hulzen, an East 11th-grader.

Indeed, Anderson is happy Big Daddy Trivia has brought couples together as well as a surprisingly number of families.

"I love it that people bring their kids with them," he said. "We strive for a family atmosphere."

Perhaps, the most dogged of trivia teams is one made of print journalists.

At one point, Team Fake News was the team to beat, Anderson said.

"They have kind of come down to earth lately," he said, diplomatically. "(The team isn't) as dominant as it used to be."

"Well, that'll do my ego a lot of good," Hayworth said, after overhearing Anderson's comments.

Hayworth said Team Fake News' success is an ensemble effort since his strength comes from music trivia while Kuester is the go-to person when it comes to animal trivia or anything related to literature.

Just don't expect to tell the difference between a 1990s child actor and a pretty boy singer-songwriter.

Looking at the TV screen which asked the question "Who am I?" Hayworth audibly groaned when the answer was revealed.

"I thought for sure that was a childhood photo of ('The Wonder Years') Fred Savage," he said.

Who knew that John Mayer looked exactly like Fred Savage when he was young?

Many of Anderson's trivia questions would have newcomers scratching their heads.

Anderson acknowledged that all of his questions come from an old radio buddy, who runs trivia contests in Denver.

"I usually do a mix of music, sports, history, geography, you name it," he said. "I like keeping people on their toes."

Still, we imagine that some of Anderson's more die- hard contestants are fully capable of keeping Big Daddy in check.

Amy Parker and Janel Hansen, both of Sioux City, were the big $100 winners at Ickey Nickel's trivia night, March 27. They also picked up another $100, the next night, by winning the Thursday night trivial challenge at P's Pizza House.

"Our advice is know stuff and lots of it," Parker said.

"I have fours dogs and Janel has three dogs," Parker explained.

ANYONE CAN PLAY ... AND PROSPER

Despite that, Anderson said no one should be intimidated.

"It costs nothing to enter and we emphasize a good time over everything else," he said. "You have nothing to lose by giving it a try."

And what can you gain? About a hundred smackers plus some bragging rights about having a bunch of random info floating inside of your noggin.

1. From Ashes to New

Alcohol and art? That's a pour in the right direction for one Sioux City artist

Linnea Colleen Johnson is a Sioux City artist who enjoys creating pour paintings with thinned down acrylics and alcohol.

For those with serious medical conditions natural medications can be the way to go, so with MedPharm, a medicinal cannabis dispensary with loc…

Have you ever had a hankering to learn an instrument, but just didn’t have enough time?

Simone Aulling Whitlock hopes to do her part for women's empowerment with the Sioux City Pretty Festival 2K19.

A weekend of amazing music at The Marquee

What in the hell is in the water in Fayetteville, Arkansas?

After many days of prepping, prom season kicks off in Siouxland

Cobain would be 52 years old

It is impossible to know what kind of music Kurt Cobain might be making if he were still alive, or if he would even be in the rock music busin…

SIOUX CITY -- Two concerts have been added to the summer offerings by Hard Rock Hotel and Casino Sioux City, covering the rock and country genres.

The winning team 28 Paws, with Janel Hansen of Sioux City, right, and Amy Parker of Sioux City, get their prize from Denny Anderson during Big Daddy Trivia at Ickey Nickel Bar & Grill. 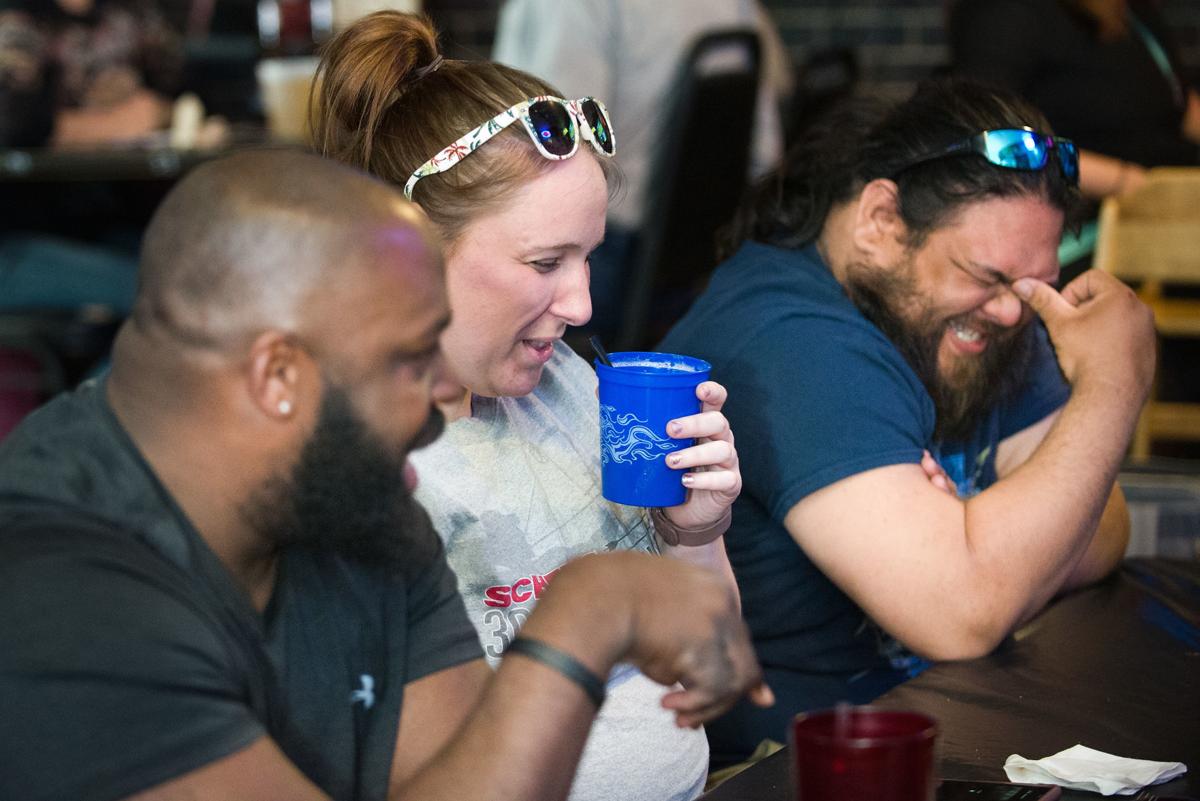 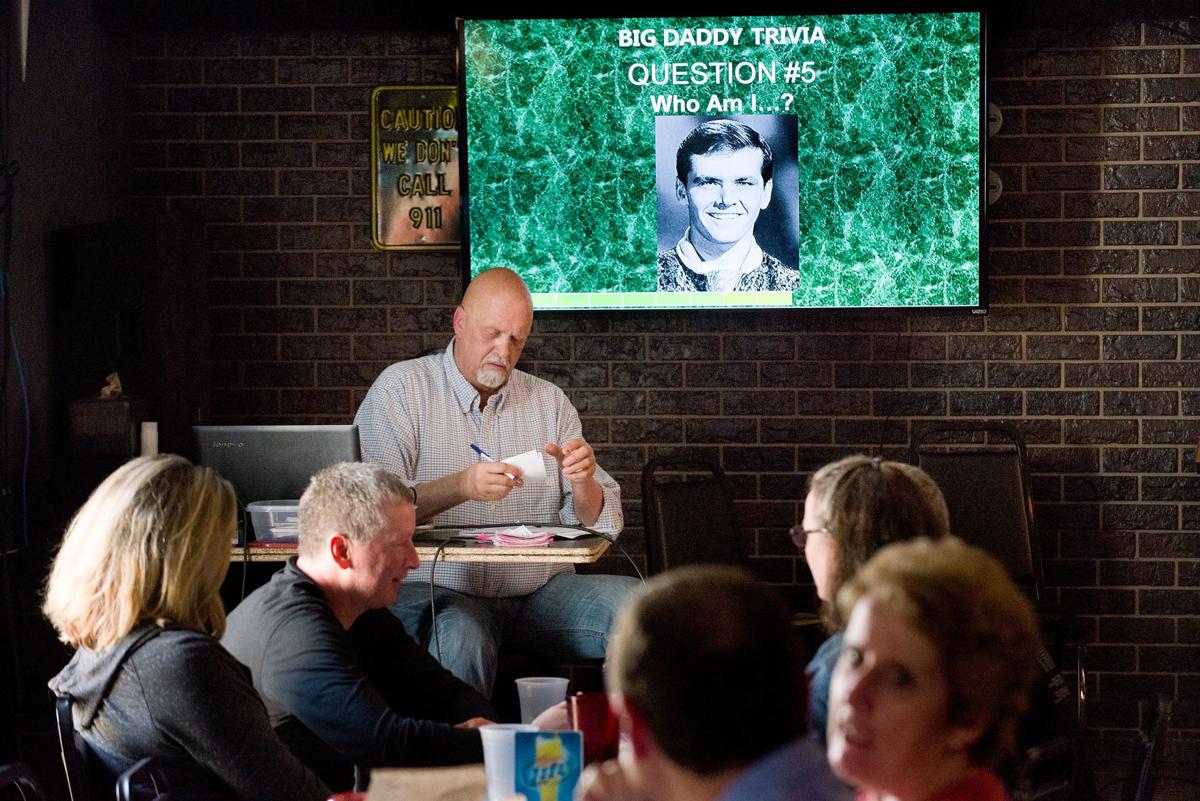 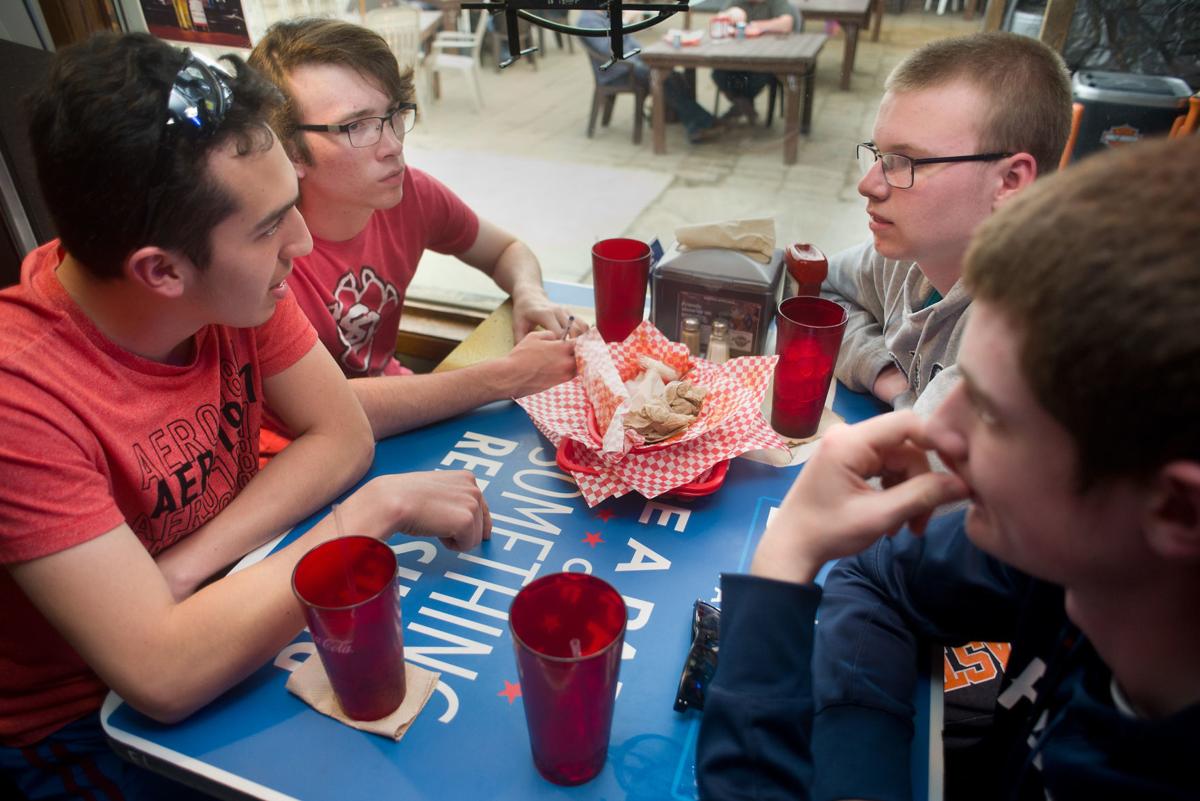 The winning team 28 Paws, with Janel Hansen of Sioux City, right, and Amy Parker of Sioux City, poses for a photo with Denny Anderson during Big Daddy Trivia at Ickey Nickel Bar & Grill. 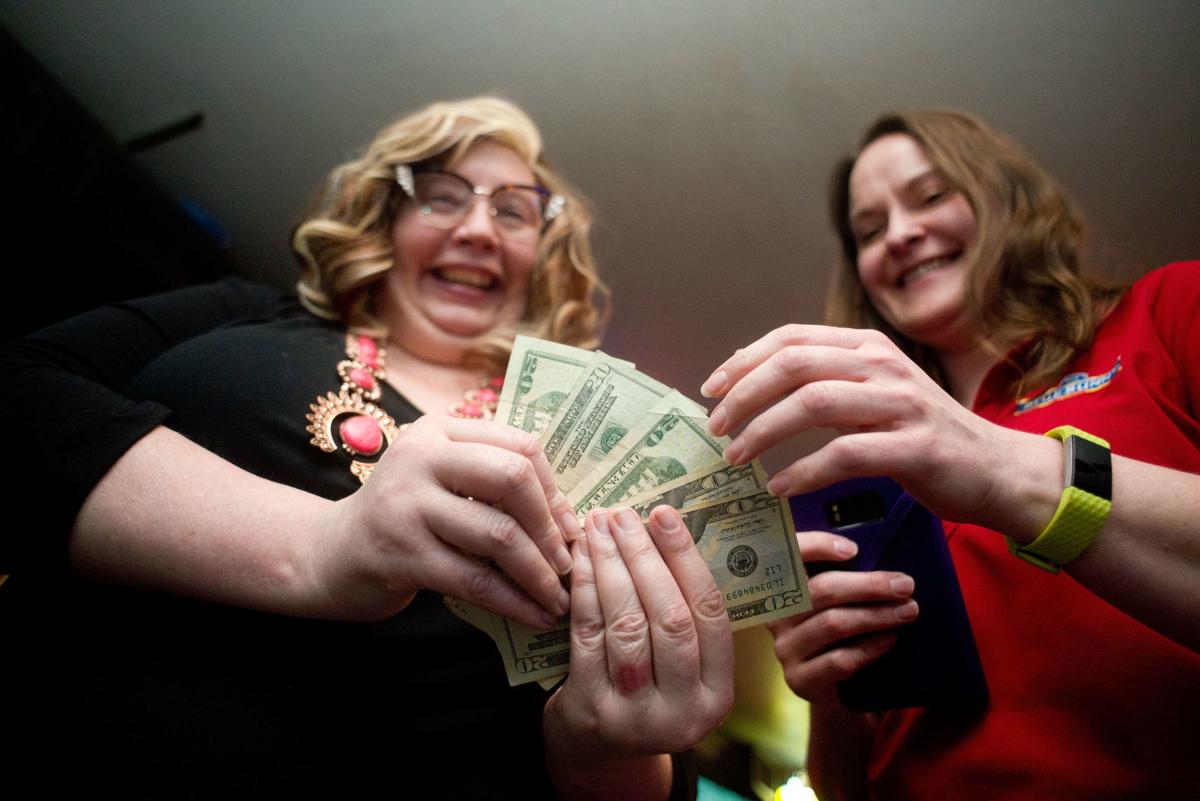