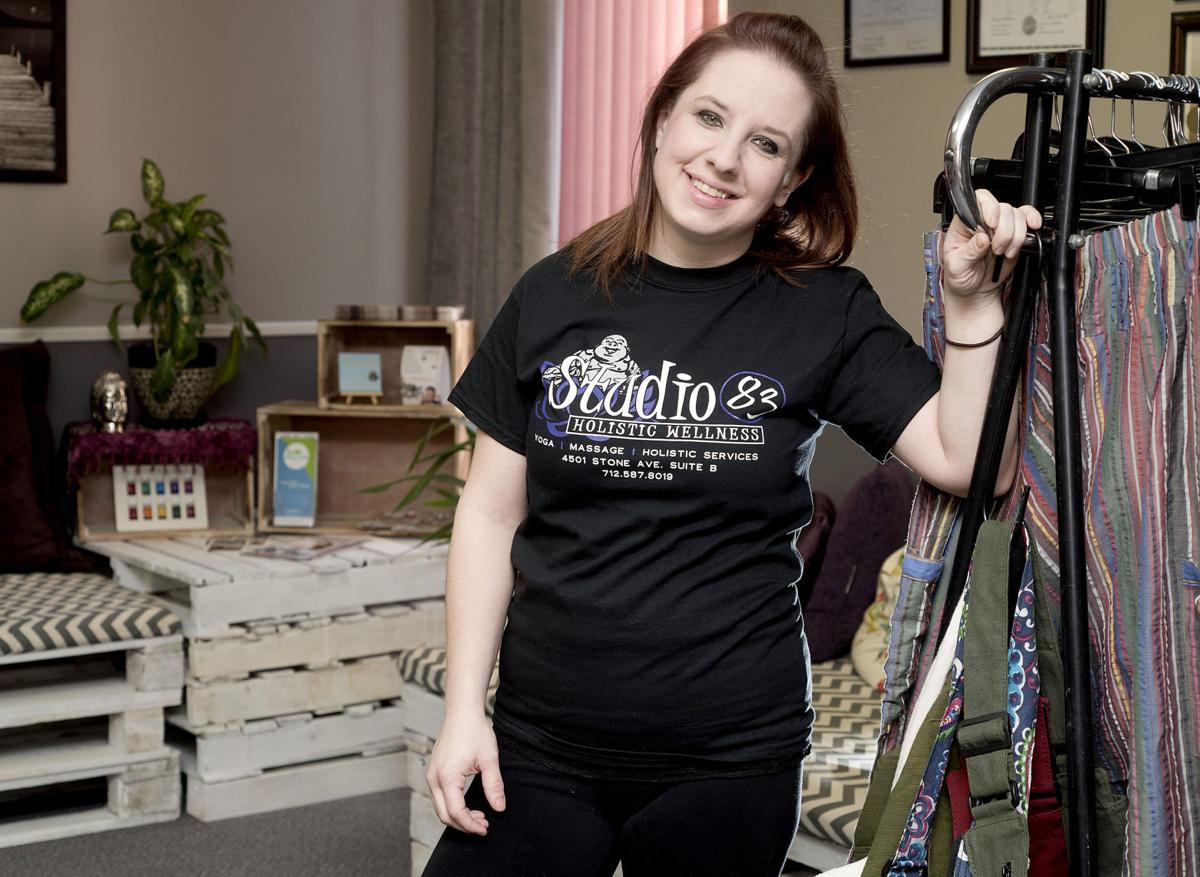 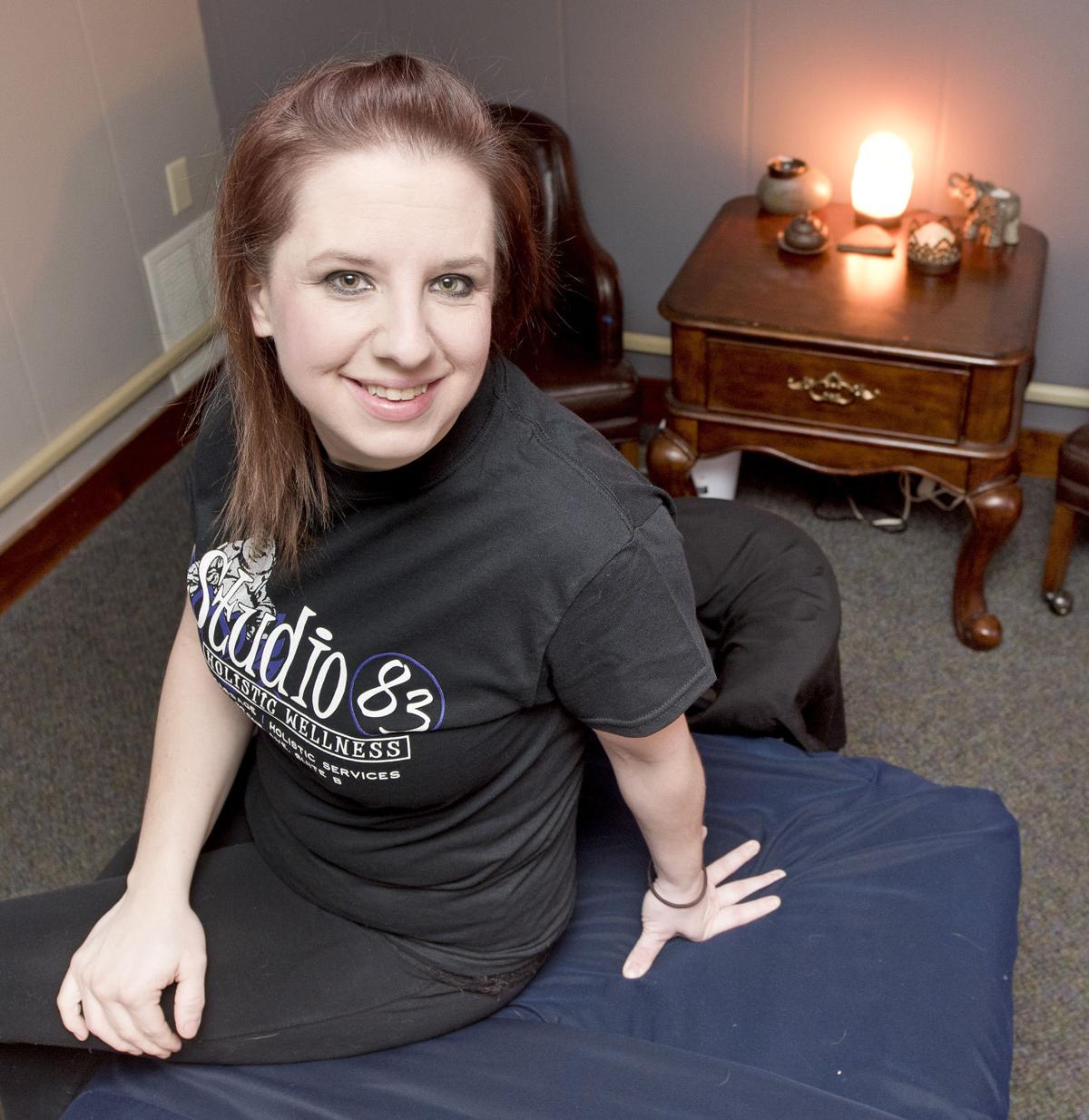 Danielle "DJ" Calhoon-Fischer, owner of Studio 83 Holistic Wellness, has started a Change.org petition opposing a set of proposed city regulations on massage therapy businesses.  Calhoon-Fischer said she believed putting new regulations on massage therapy businesses is singling them out and discriminating against the profession. 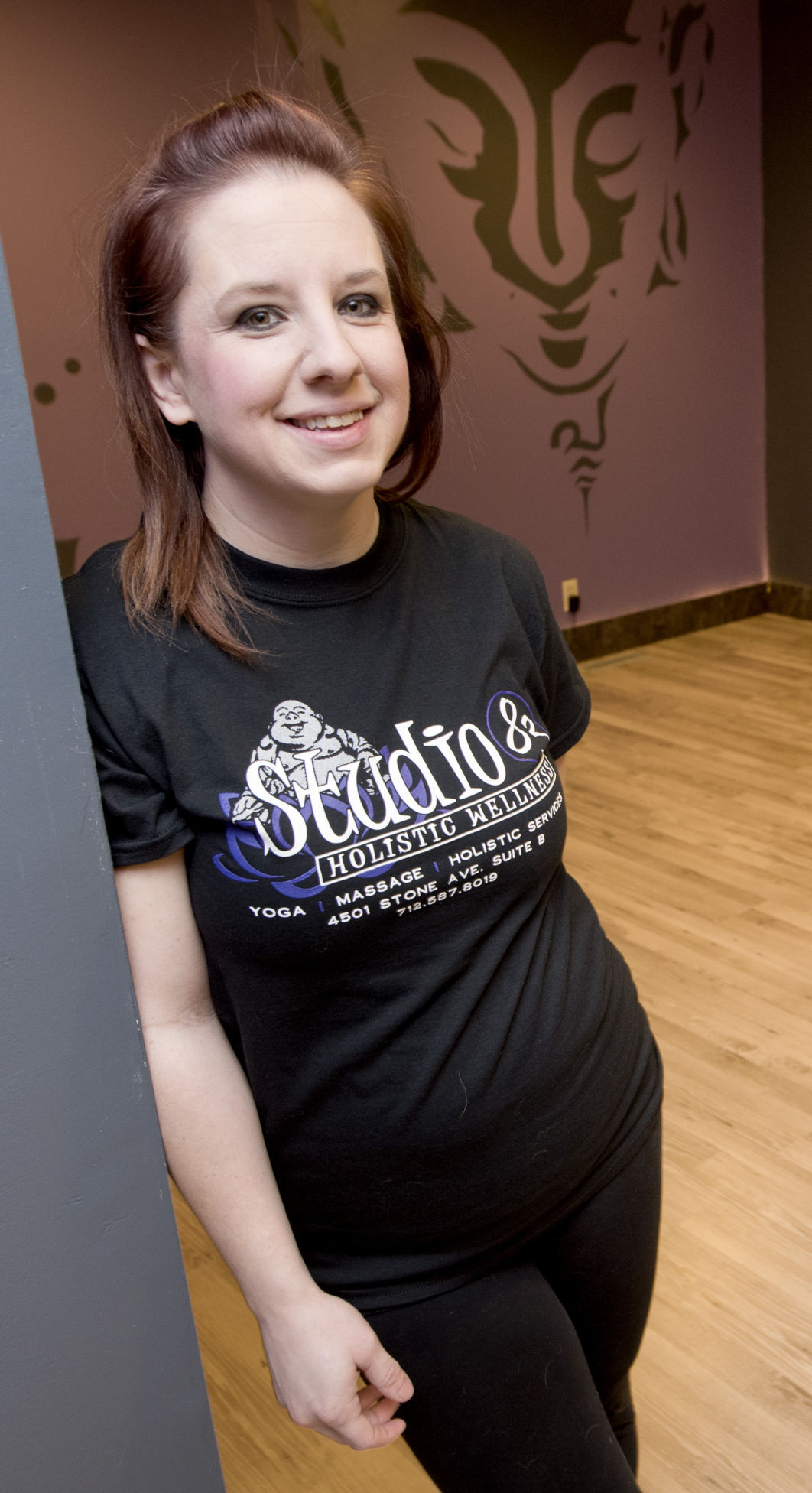 There must be some outstanding healing going on at Studio 83 Holistic Wellness if the establishment manages to win both the “yoga studio” and “massage” categories in the 2017 Siouxland’s Choice Awards.

And that’s only a fraction of what Studio 83 offers. In addition to yoga classes and massage therapy, the Stone Avenue studio also provides reiki, aroma therapy, fitness classes, therapy and consignment products and even a hip-hop infused yoga class.

Owner and massage therapist Danielle “DJ” Calhoon-Fischer opened Studio 83 in 2015 and can be found in the shop seven days a week. She keeps herself busy by booking appointments every day for customers. Three other therapists and four yoga teachers/fitness instructors help lighten the workload.

Calhoon-Fischer said although the studio’s yoga classes are becoming increasingly popular with customers, the base of the business still lies mostly with massage therapy.

“But we’re definitely growing more into yoga and trying to make it as awesome as possible,” said Calhoon-Fischer, who added that yoga classes first began in April 2016 at Studio 83.

“It becomes more like teaching rather than guiding,” said Rivera. “People are actually learning and I can spend time with people and their poses. When there are only a couple people in the class, I can really teach as opposed to a class with 20 where it’s just ‘follow me queues.’”

Rivera added that Studio 83 is geared to make yoga accessible to people who wouldn’t necessarily try the practice with its beginner and fundamental classes, as well as its themed yoga sessions.

“I think the yoga community in Sioux City is expanding so rapidly,” said Rivera. “There may be people who feel like they’re missing the boat on it. I think that this is a safe and comfortable environment with no pressure to come try it out.

“My greatest joy as a teacher has been in this studio because I’ve seen people who have sworn up and down that yoga is not for them and yet they fully embrace their practice and take it home with them and keep showing up to classes.”

Having only been in business for two years, Calhoon-Fischer said what she’s most proud of is the people that have helped turn Studio 83 into where it’s at right now.

“I got to experience the trials and tribulations,” she said. “It’s been a really wonderful learning experience and quite the adventure.”

And the winners are...

After countless hours spent crunching numbers and tallying votes, The Weekender staff can finally breathe a sigh of relief and release the 201…

Can real men do the crane pose, the cow face pose or the downward-facing dog?

Gurus and DJs: Who knew they can be one and the same?

Yoga instructors and DJs might have more in common with each other than you think.

Danielle "DJ" Calhoon-Fischer, owner of Studio 83 Holistic Wellness, has started a Change.org petition opposing a set of proposed city regulations on massage therapy businesses.  Calhoon-Fischer said she believed putting new regulations on massage therapy businesses is singling them out and discriminating against the profession.