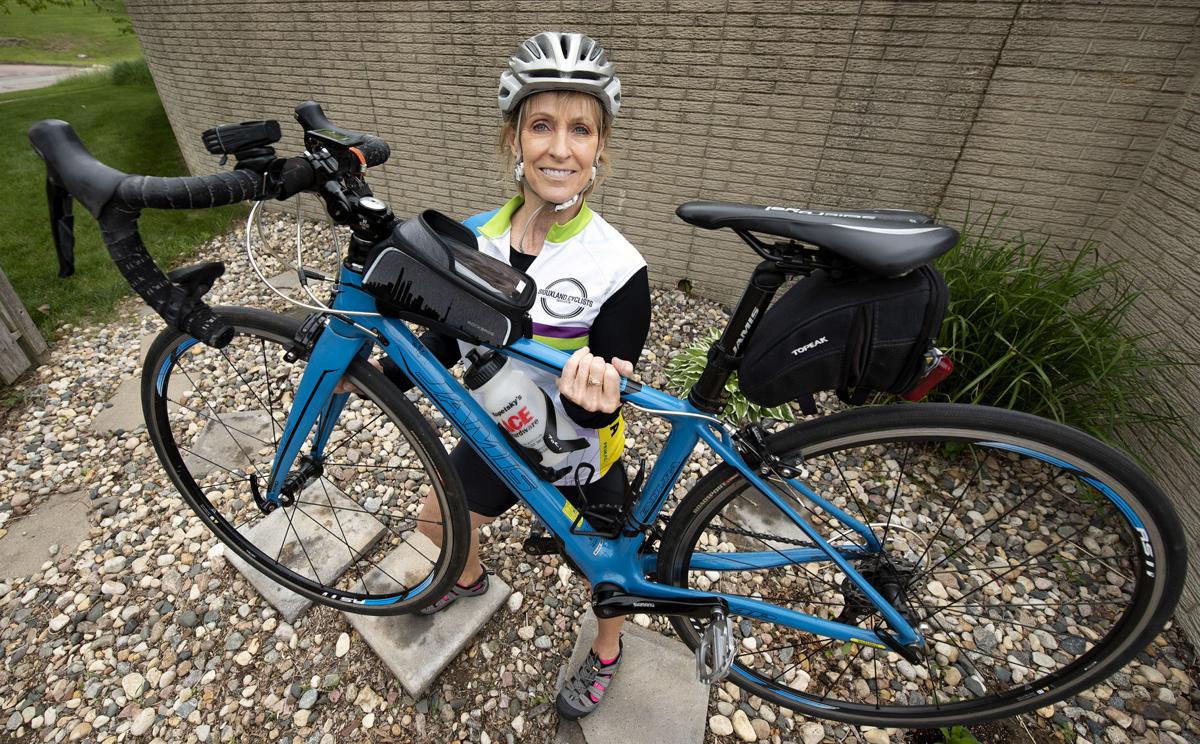 Judy Bonertz poses with her bike May 28 at her Sioux City home. Bonertz will be among the cyclists on this year's Bike SUX, which is set for Saturday. The annual ride benefits the Sioux City Journal's Goodfellows charity. 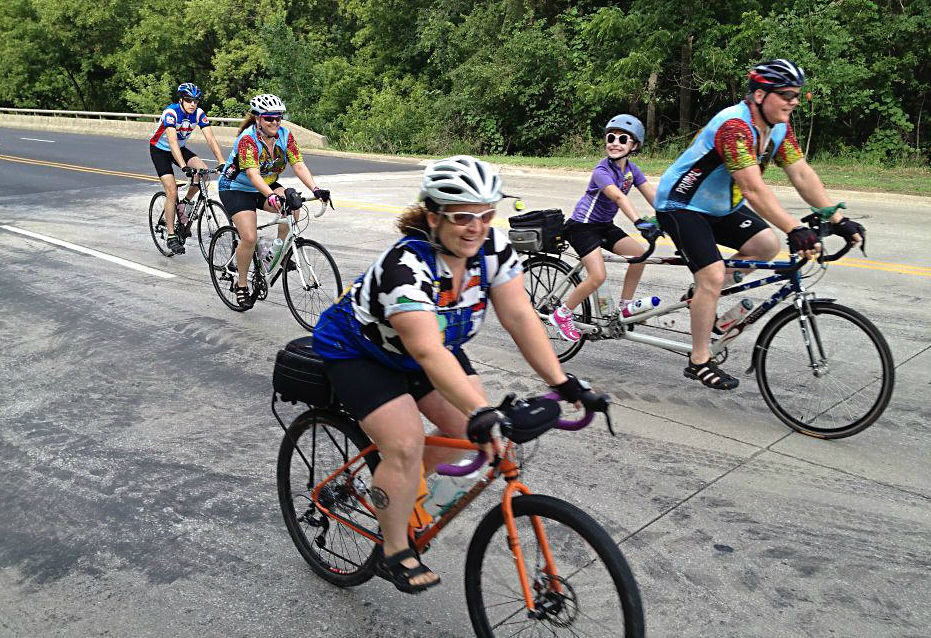 Cyclists ride in a past Bike SUX. This year's ride, which raises funds for The Journal's Goodfellow Charities, is Saturday, June 5. 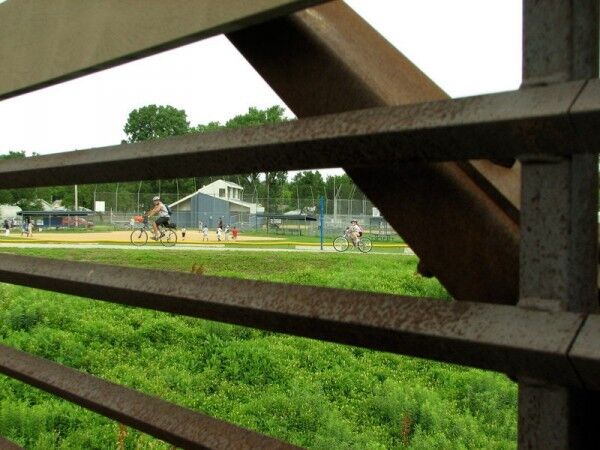 Cyclists ride over Perry Creek in Sioux City during a past Bike SUX ride. The annual ride raises funds for the Sioux City Journal's Goodfellow charities.

Bike SUX returns this weekend after a one-year hiatus due to the COVID-19 pandemic.

Judy Bonertz, who has taken part in Bike SUX for the past decade, and is looking forward to getting back on the trail for this year's ride.

The first time Bonertz took part in the ride, her bike was a bit too heavy (heavy bicycles can be sluggish and difficult to pedal), and then it started storming. But she has nothing but good things to say about her experience.

"We had somebody come and pick us up and bring us back, and we went to Minervas and had a great meal and they had a nice little raffle and it was a great time," said Bonertz, who is also a part of the Siouxland Cyclists, a local bicycle group.

In recent years, Bonertz, a dental hygienist, has helped Cynthia and John Donovan organize the ride. The Donovans started Bike SUX in 2009. Cynthia Donovan is a retired classified and digital director for the Journal. (The Donovans have stepped back from the ride this year.)

Each year, Bike SUX raises somewhere in the neighborhood of $13,000 to $18,000 for Goodfellows, the more-than century-old tradition that gives Christmas presents to needy children. It's the only major fundraiser this time of year for the Christmas-season charity.

Ashley Stokely, a Bike SUX board member and a Journal advertising specialist, said the ride is expected to attract around 100 cyclists on Saturday, or possibly somewhat more.

"So far we've had a lot of very good feedback, a lot of people are really excited to get out on the trails again, and it's just a really fun family event," Stokely said.

The ride traditionally ended at Bambooze, a bar along the Big Sioux River, but the bar is currently closed. Bambooze, part of the Missouri River Boat Club's clubhouse, had a difficult year after erosion on the river caused part of the structure to collapse at the beginning of 2020. Fundraising and repairs are ongoing.

"I think we're planning on having somebody there, like some volunteers with water and stuff like that, and raffle tickets, and then they can turn around and go back," Stokely said, although some of the more-seasoned riders proceed on their own to the Adams Homestead and Nature Preserve in North Sioux City.

Lunch for the riders will be served at One Eyed Jacks, 3091 Hamilton Blvd., but riders must arrive by 1:30 p.m. to get the lunch.

Cyclists on the roughly 19-mile round-trip trek make a series of (optional) stops at bars along the route; as Cynthia Donovan put it nine years ago, “You can make it into a drinker bike party or you can be very serious about it. It’s all up to you.”

"They don't have to stop at the bars but, a lot of people do," Stokely added.

Last summer, with Bike SUX, RAGBRAI other, smaller rides called off because of the pandemic, Bonertz and her bicycling friends did some informal, socially distanced rides on their own.

"We just kind of made up our own, did our own thing," she said.

Bonertz said her favorite part of Bike SUX is comparing bicycles with other rides and comparing the number of miles ridden.

"It's just a way to get together with a lot of people," she said.

Sux 6: The Best Things to do in Siouxland

It is readily apparent that Peggy La is a natural at making a sale.

Judy Bonertz poses with her bike May 28 at her Sioux City home. Bonertz will be among the cyclists on this year's Bike SUX, which is set for Saturday. The annual ride benefits the Sioux City Journal's Goodfellows charity.

Cyclists ride in a past Bike SUX. This year's ride, which raises funds for The Journal's Goodfellow Charities, is Saturday, June 5.

Cyclists ride over Perry Creek in Sioux City during a past Bike SUX ride. The annual ride raises funds for the Sioux City Journal's Goodfellow charities.