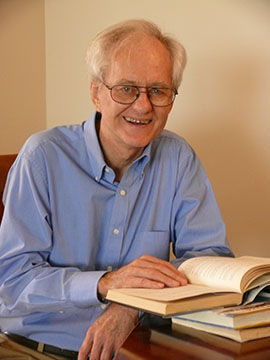 Newton, Iowa native Bob Brink is following the same career trajectory as Florida-based print-journalists-turned-crime-novelists Carl Hiaasen and Edna Buchanan. In the recently-released "Blood on Their Hands," Brink has discovered real-life and suspense fiction is much more colorful in the Sunshine State. 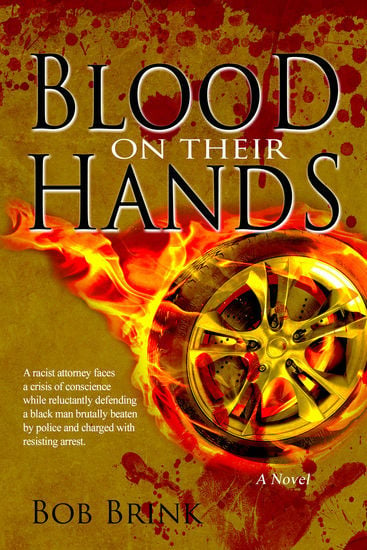 In reality: His car carried an "Obama for President" bumper sticker on it.

"People who think racial animosity was a thing of the past have never been to Florida," novelist Bob Brink said, discussing his newest legal thriller, "Blood on Their Hands," which is now available for purchase.

Following in the same footsteps of such esteemed novelists as Carl Hiaasen and Edna Buchanan, Brink knows the "Sunshine State" attracts much more than just alligators, pink flamingos and retirees.

To be honest, Florida has a surprising number of shady characters, especially for a state best known for its abundance of sun.

Also like Hiaasen and Buchanan, Brink, a Newton, Iowa, native, spent most of his career as a print journalist. After stints with the Joliet (Ill.) Herald-News, the Milwaukee Journal Sentinel and the Associated Press in Chicago, he secured reporting positions with the Tampa Tribune and Palm Beach Post.

An award-winning features writer for Palm Beach Illustrated, Brink's first foray into crime drama was a 2015 novel, "Murder in Palm Beach: The Homicide That Never Died," which was a fictionalized version of a man convicted in an oil executive's murder.

I know your first novel, "Murder in Palm Beach" was based on a well-known, real-life crime, right?

"You know what they say, 'Truth is stranger than fiction.'"

So, is "Blood on Their Hands" also based on a true story?

"Not as directly. Alec Monceau is based on a computer tech person I know."

But what about your book's criminal defense attorney Hiram Garbuncle? He has a great name by the way.

"Why, thank you. Hiram, or 'Ham' as he's known in the book, is the type of attorney any trial reporter has met many times. He's all about money and power and the law. In Ham's case, he's also miserly, alcoholic and, yes, racist."

It is interesting that you're not afraid to take on the legal system as well as the racial attitudes many people still harbor.

"One of my favorite movies is (2008's) 'Gran Torino,' in which Clint Eastwood (playing a Korean War veteran) who still harbored resentment from the past. It wasn't until Southeast Asian people moved into the neighborhood that his attitude changed. Ham had a similar experience after meeting (Alec Monceau)."

If I'm not mistaken, you drew additional inspiration in Ham's character from another movie.

So, "Blood on their Hands" also has humor in it.

"It has humor, steeped in suspense and intrigue. Perhaps more importantly, it is a story of redemption."

The makeup show is currently slated for for July 19 at the Grandview Park Bandshell.

SUX 6: The six best things to do in Siouxland this weekend

Here's what's on tap for the holiday weekend.

Manager Brent Stockton said officials are taking steps to make sure that patrons are safe and comfortable. It offers everything from social distancing to volunteers wearing masks during open mic nights.

Newton, Iowa native Bob Brink is following the same career trajectory as Florida-based print-journalists-turned-crime-novelists Carl Hiaasen and Edna Buchanan. In the recently-released "Blood on Their Hands," Brink has discovered real-life and suspense fiction is much more colorful in the Sunshine State.