"People think making craft beer is a dream gig," he said, inside his 607 Fifth St. tasting room. "Don't get me wrong. It's great but you end up doing a lot of grunt work by yourself."

Seems like Winslow could use a beer. Thankfully, he was in the right place for something sudsy.

"We first opened our doors four years ago," he said. "We're now into our fifth year."

However, Winslow is never one to rest on his laurels. He's always conjuring up ideas for new brews.

"I enjoy having a beer selection that's constantly changing," he explained. "I don't like drinking the same beer over and over again. Neither do my customers."

Ordinarily a fan of a hoppy India Pale Ale (IPA) or a nice dark stout, Winslow is acquiring a taste for sour beers.

That included his own SCS Blackberry Rhubarb, which is made with kettle sour as well as a blackberry puree and rhubarb that he grows himself.

"It makes you pucker but it is very easy to drink," Winslow explained. "Perfect for summertime."

What else is good for hot weather drinking? Believe it or not, he recommended a beer that combines the flavors of Mexican chocolates and chilies.

An imperial stout with chocolates, chilies, cinnamon and vanilla, the Weather Vane Stout is both sweet and spicy.

"Brewers are always looking for flavors that fit together," Winslow said. "Sweet and spicy or light and citrus-y. You're looking for interesting combinations."

[SUX 6: The top six things to do in Sioux City this weekend.]

Well, how 'bout beer that tastes like a flower? Local beer fan Liliana Madrid was the inspiration for Frambuesa Y La Flor, which is a fruity Saison that is aged on pureed raspberries and purple hibiscus flowers sourced from a South Sioux City grocery store.

"I'm not ordinarily a Saison fan but this beer is really tasty," Winslow said.

Surprisingly, one of his favorite beers is one that can be described as a better version of a mass market beer. 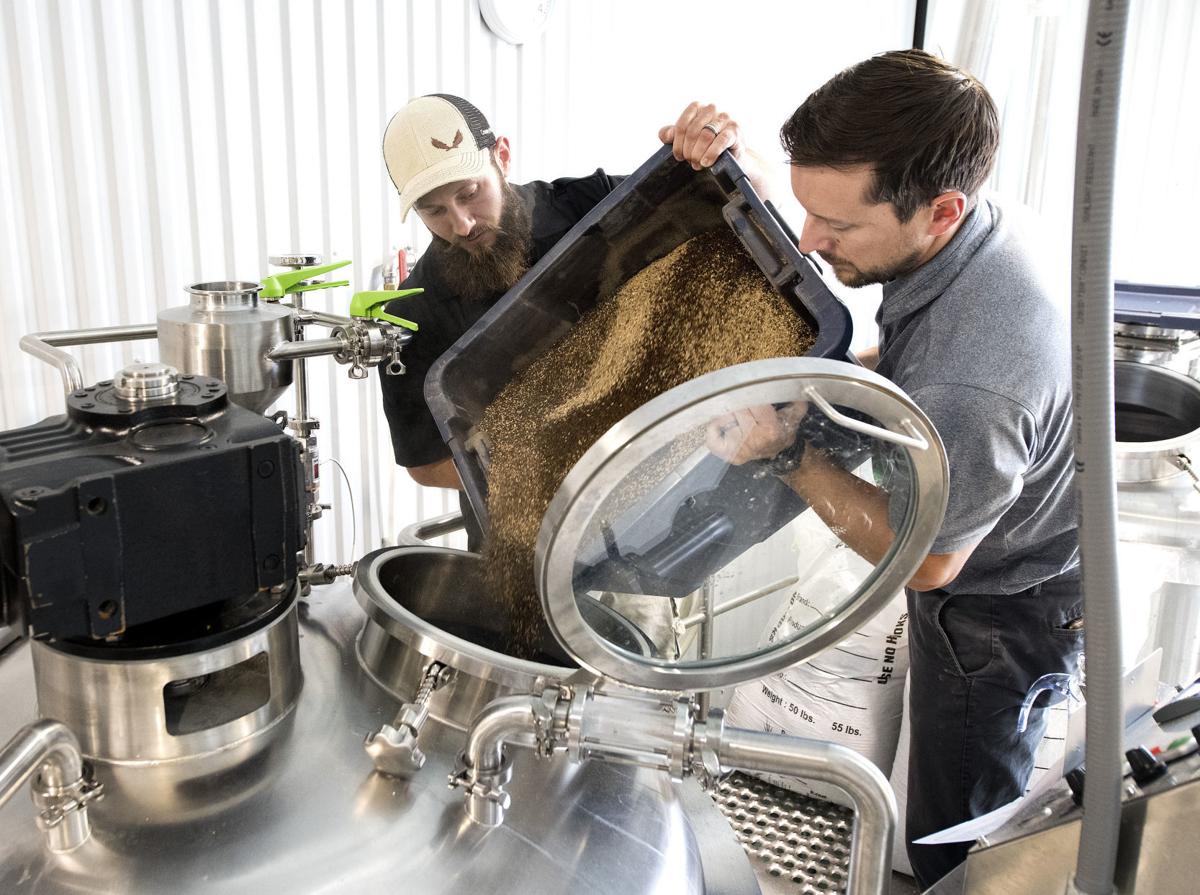 Ben Sitzmann, left, and Matt Lancaster pour a bin of specialty malts into the brew kettle while making a brown ale Tuesday, at Wise I Brewing Company in Le Mars, Iowa. The two, both co-owners and brewers, expect to open in early September. 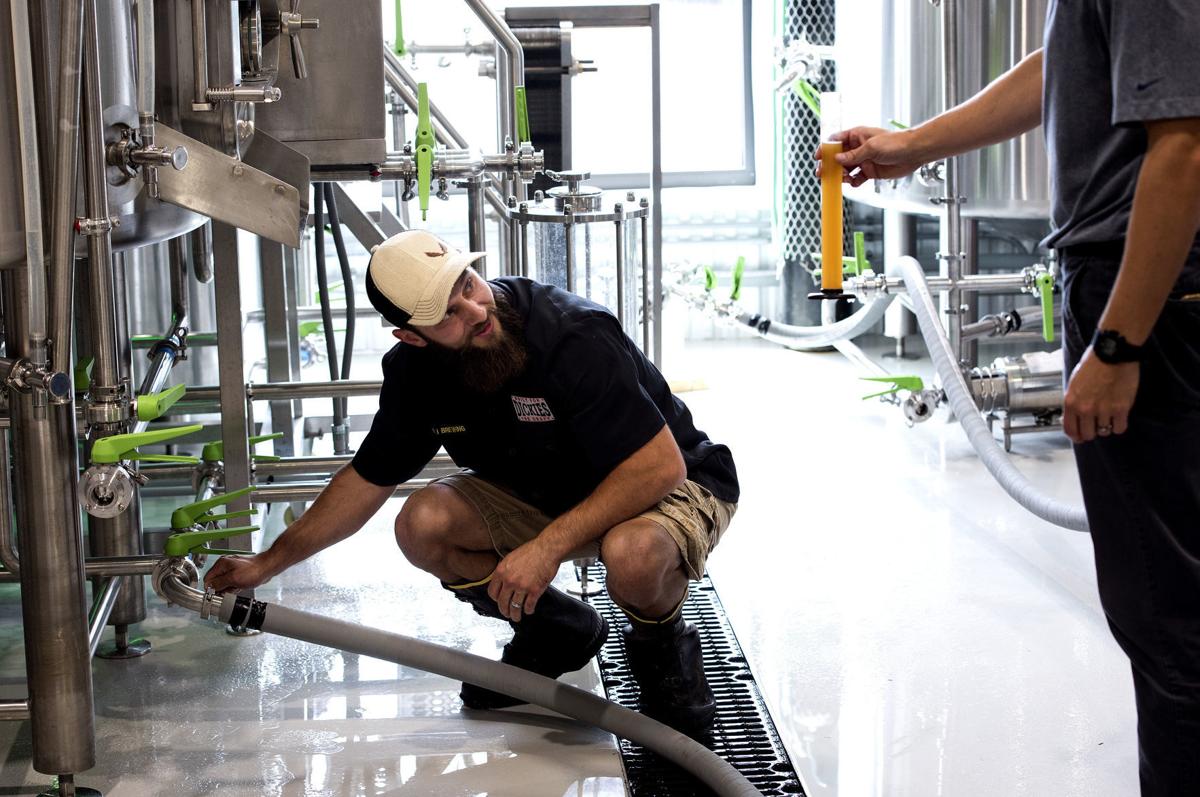 Matt Lancaster hands a graduated cylinder of a still-fermenting French-style Saison to Ben Sitzmann to taste. 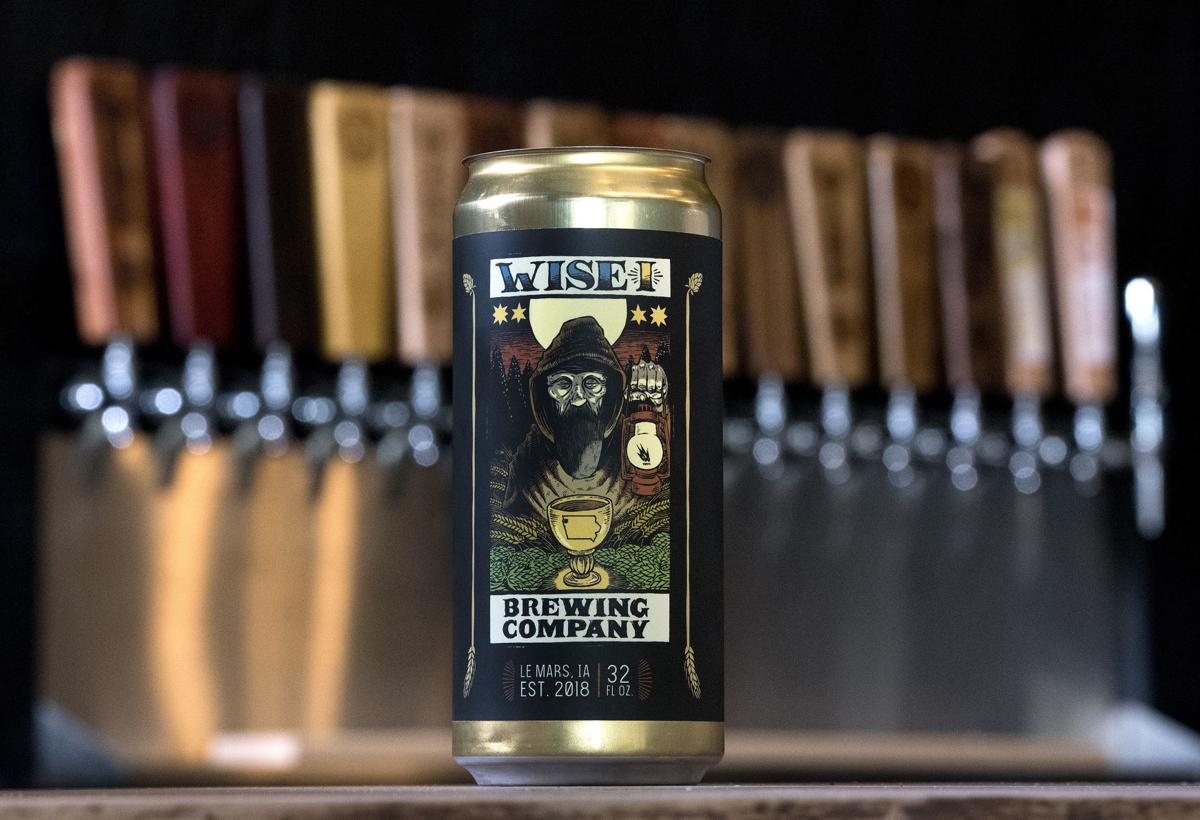 A Wise I Brewing Company Crowler sits in the taproom of the Le Mars, Iowa, brewery. The brewery features 16 taps and sell beer to go in Crowler cans and growler bottles. 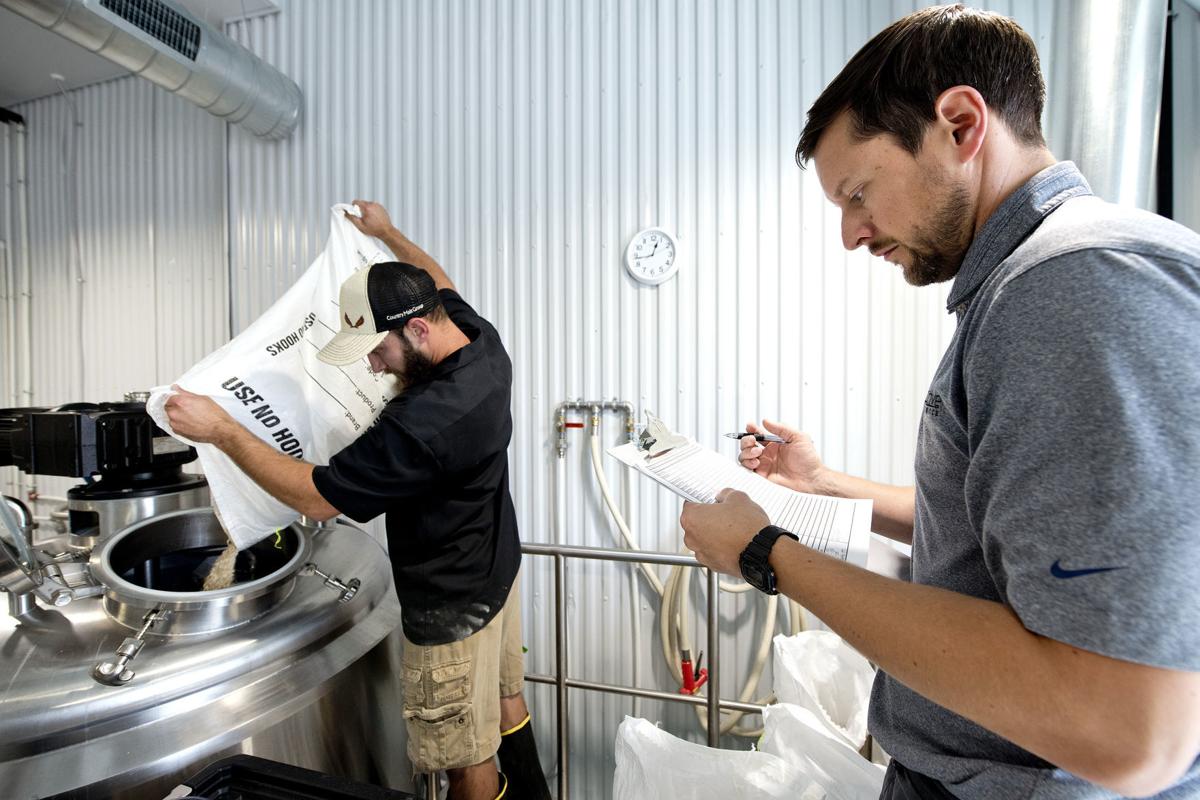 Ben Sitzmann pours a bag of base malt into a five-barrel brew kettle while making a brown ale as Matt Lancaster takes notes Tuesday, Aug. 13, 2019, at Wise I Brewing Company in Le Mars, Iowa. The two, both co-owners and brewers, expect to open in early September. 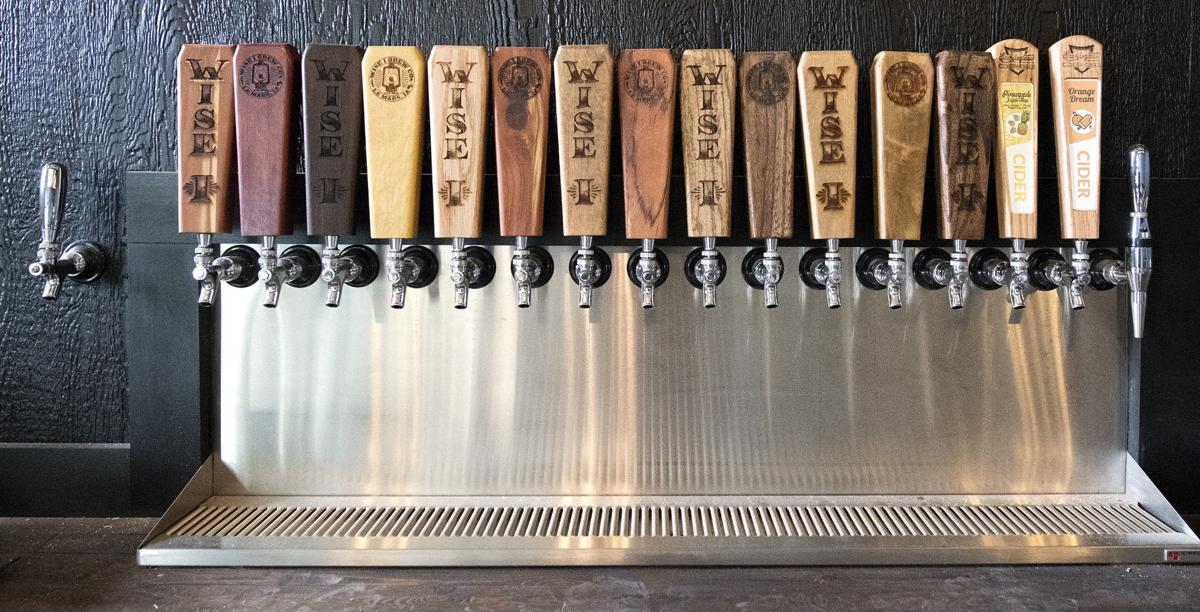 Tap handles are shown in a tap room under construction at Wise I Brewing Company in Le Mars, Iowa, Tuesday, Aug. 13, 2019. 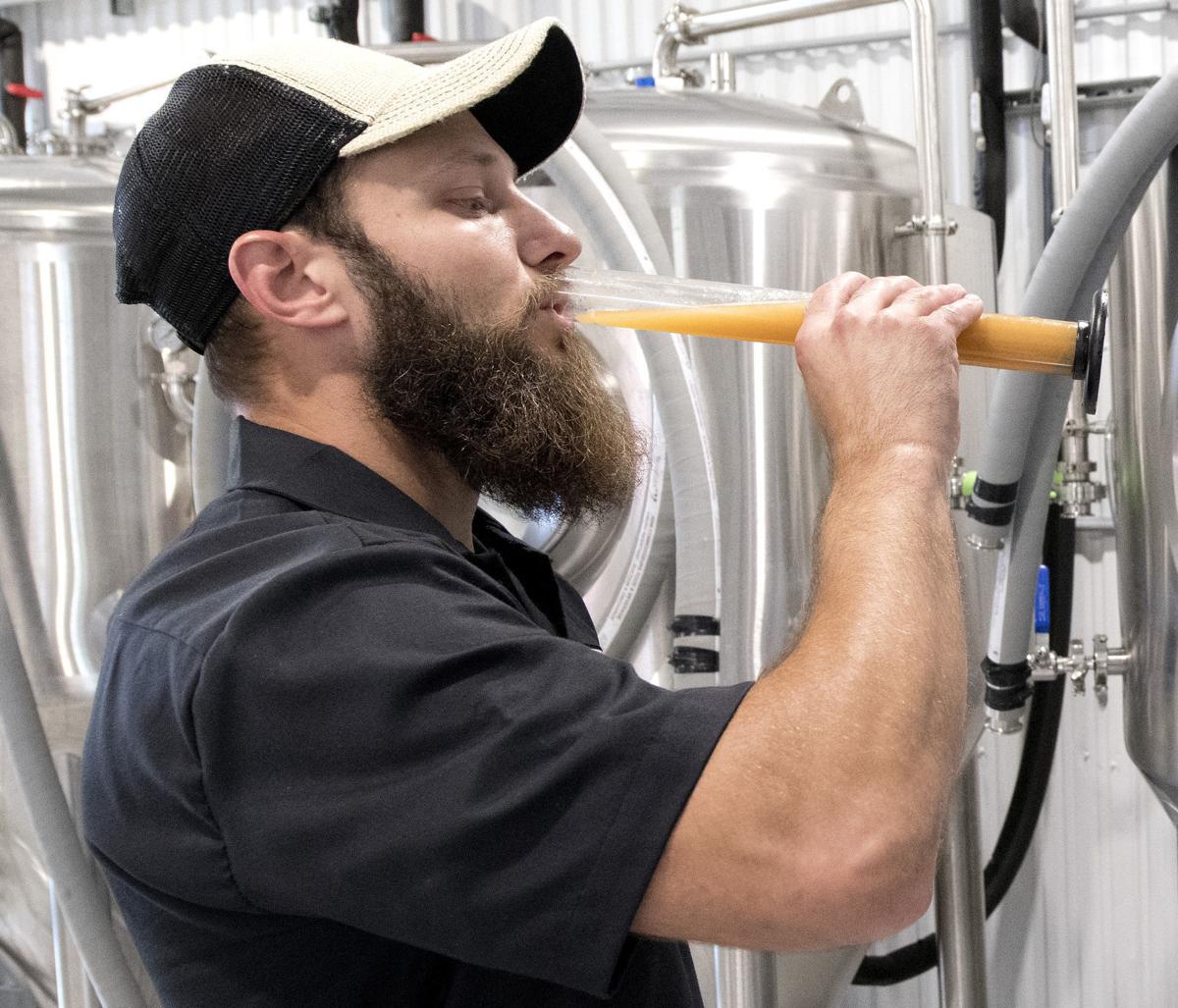 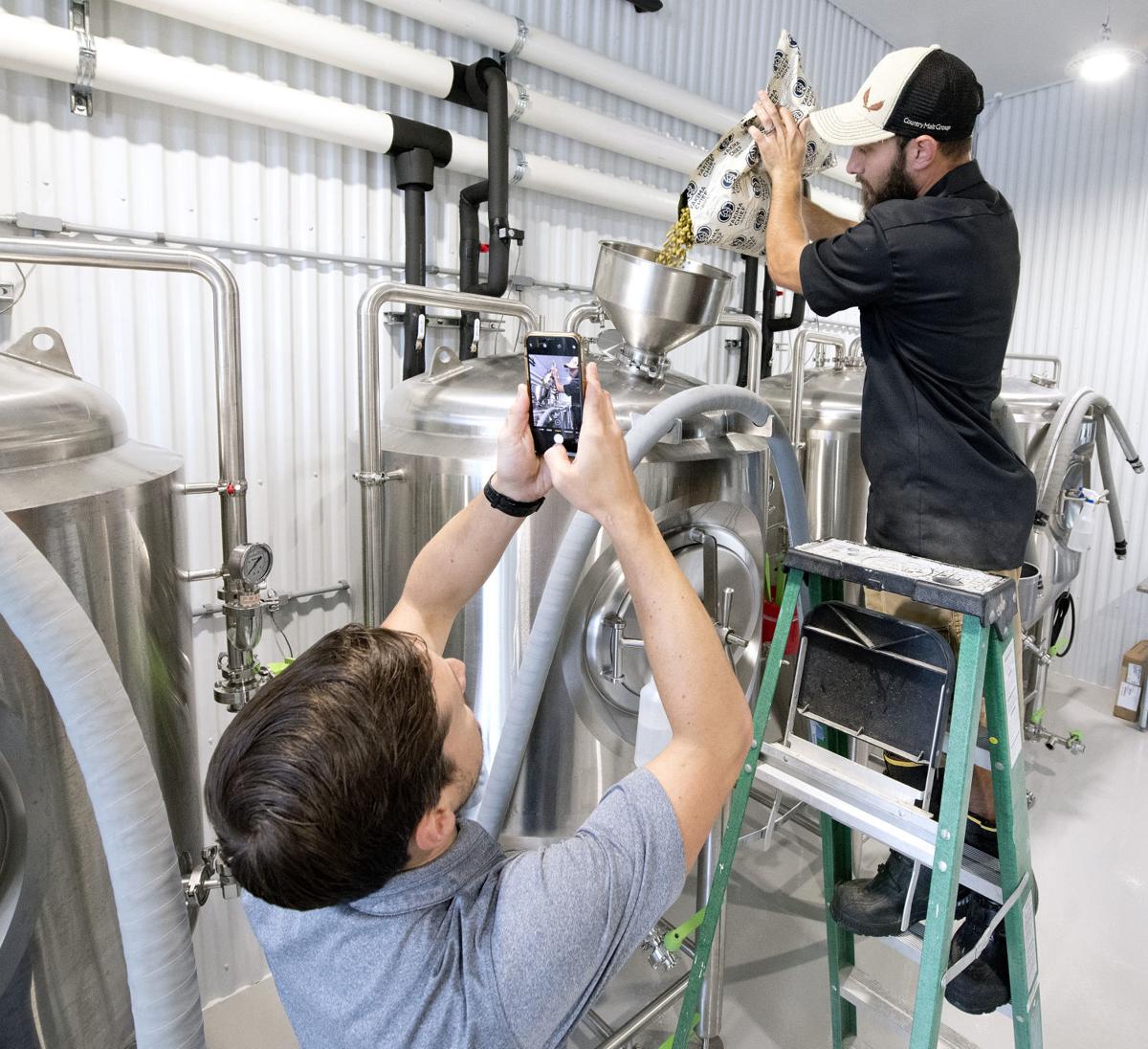 Wise I Brewing Company co-owner and brewer Matt Lancaster takes a photo as co-owner and brewer Ben Sitzmann pours a bag of Citra hops into a fermentor at the Le Mars, Iowa, brewery Tuesday, Aug. 13, 2019. When the brewery opens the week of Sept. 8, it will become Iowa's 100th brewery 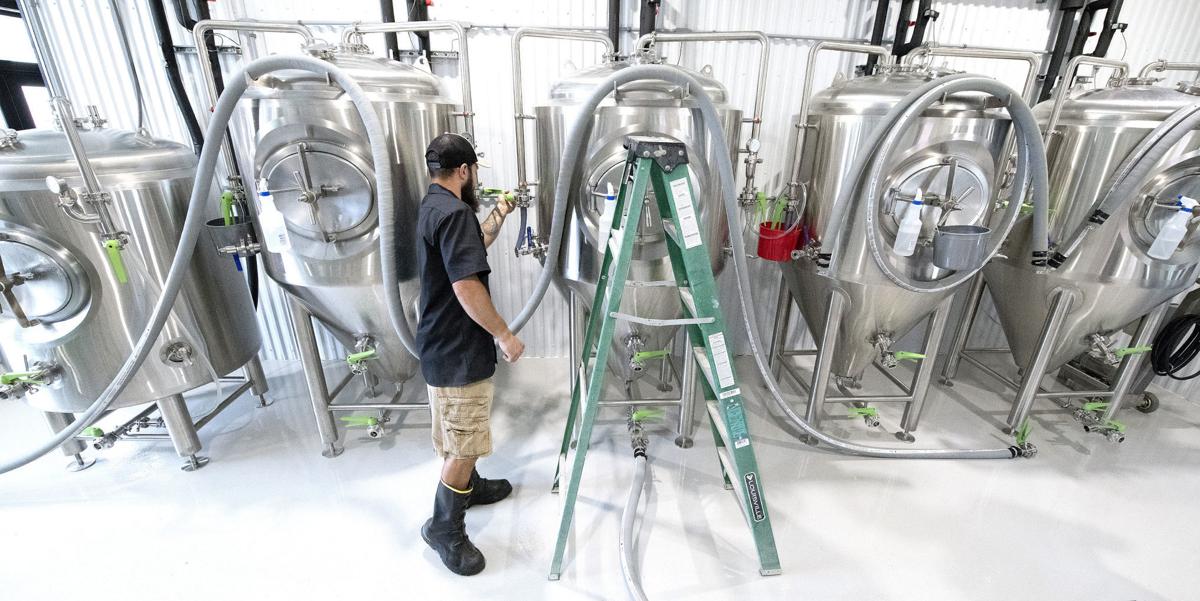 Brewer Ben Sitzmann, brewer and co-owner of Wise I Brewing Company, closes a valve on a fermentor before pouring in a bag of Citra hops to dry-hop the Le Mars, Iowa, brewery's Ringo Kid IPA Tuesday, Aug. 13, 2019. The brewery is expected to open in early September.

"I think the Park Avenue Pilsner is the type of beer that brewers will drink late at night when something too heavy won't hit the spot," he said.

Perhaps it isn't too surprising but there are a bunch of guys just like Winslow.

Don't believe us? Check out these numbers, courtesy of the Brewers Association for Small & independent Craft Brewers.

7 of the best bars in Sioux City (according to Facebook) 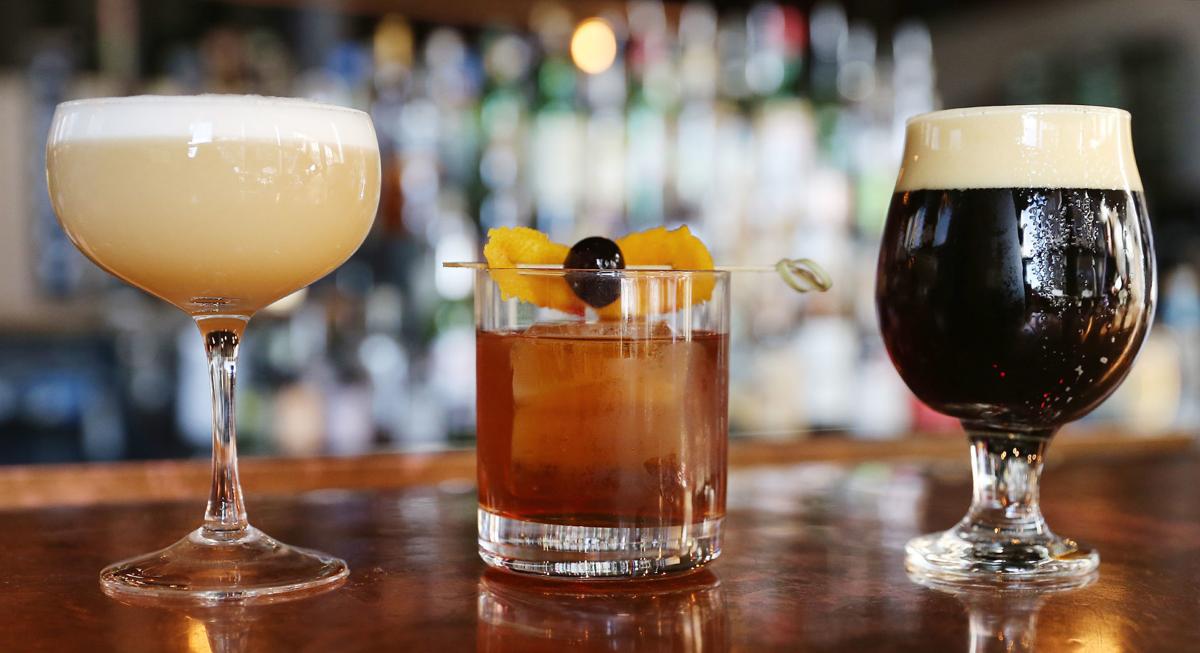 The Diving Elk has you covered from dark beers to Whiskey Sours, and earned a strong 4.7 stars from 206 users. Wrote one reviewer: "Excellent beer selection and the bartender was really helpful in guiding my wife to a Saisson." 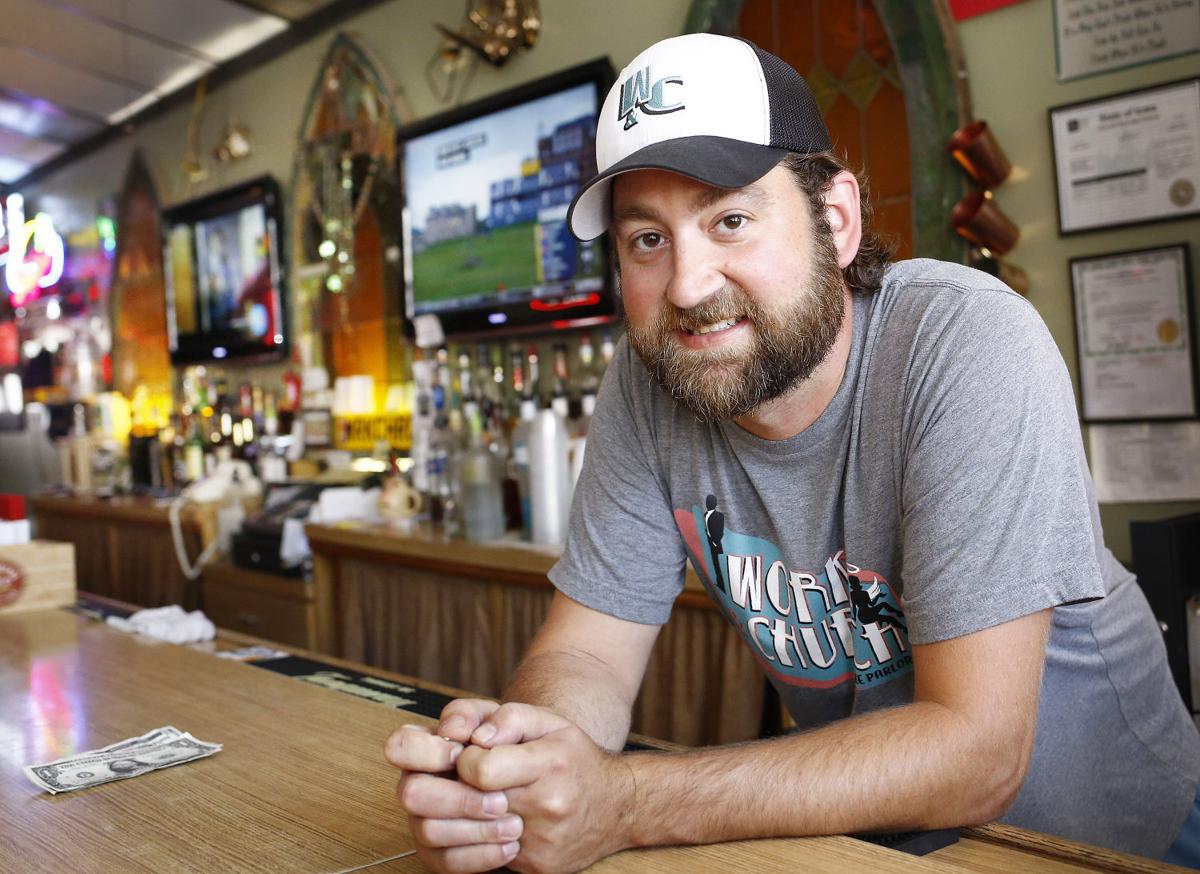 Co-owner Mac Dolan and company have earned 4.7 stars from 139 reviewers on Facebook. People complement the karaoke, Bloody Mary concoctions and the Sunday atmosphere. 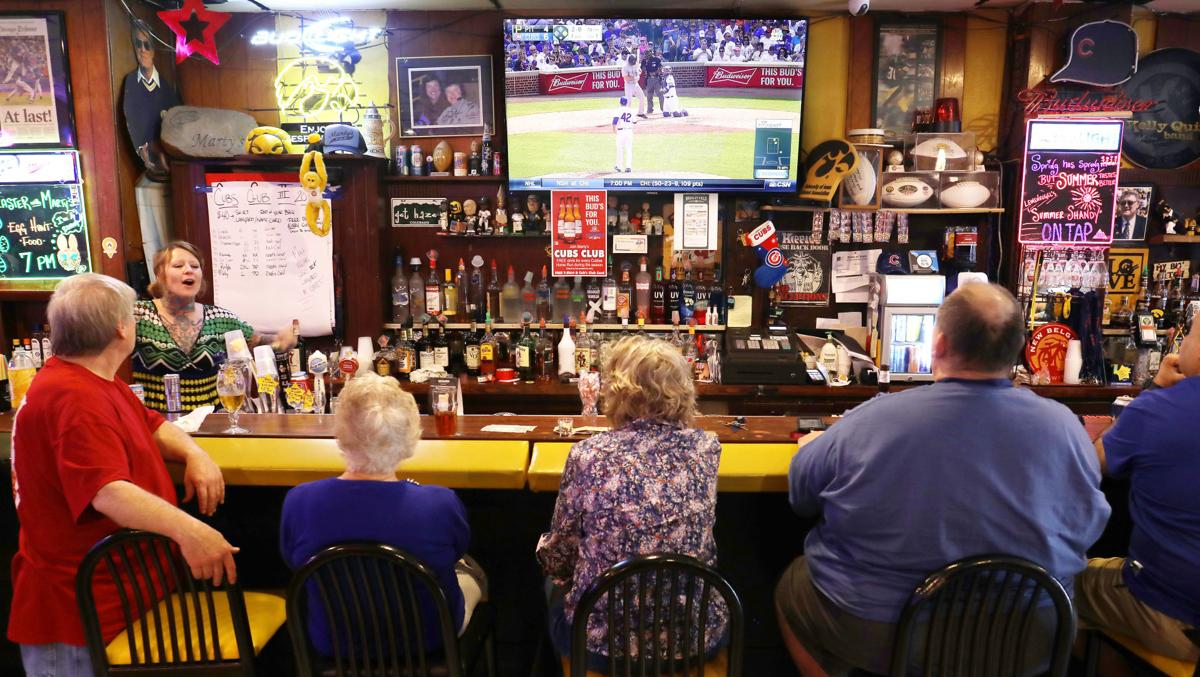 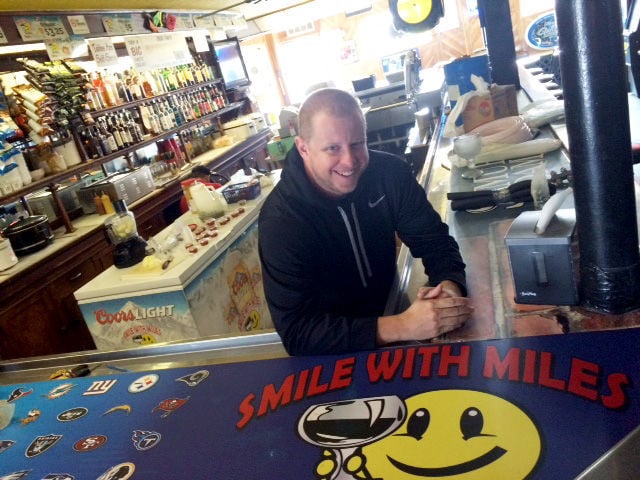 Miles Inn owner Brett Lias has gotten his bar to a 4.6 rating on Facebook from 525 reviewers. Fans of the bar laud the Charlie Boys, atmosphere and quality of service. 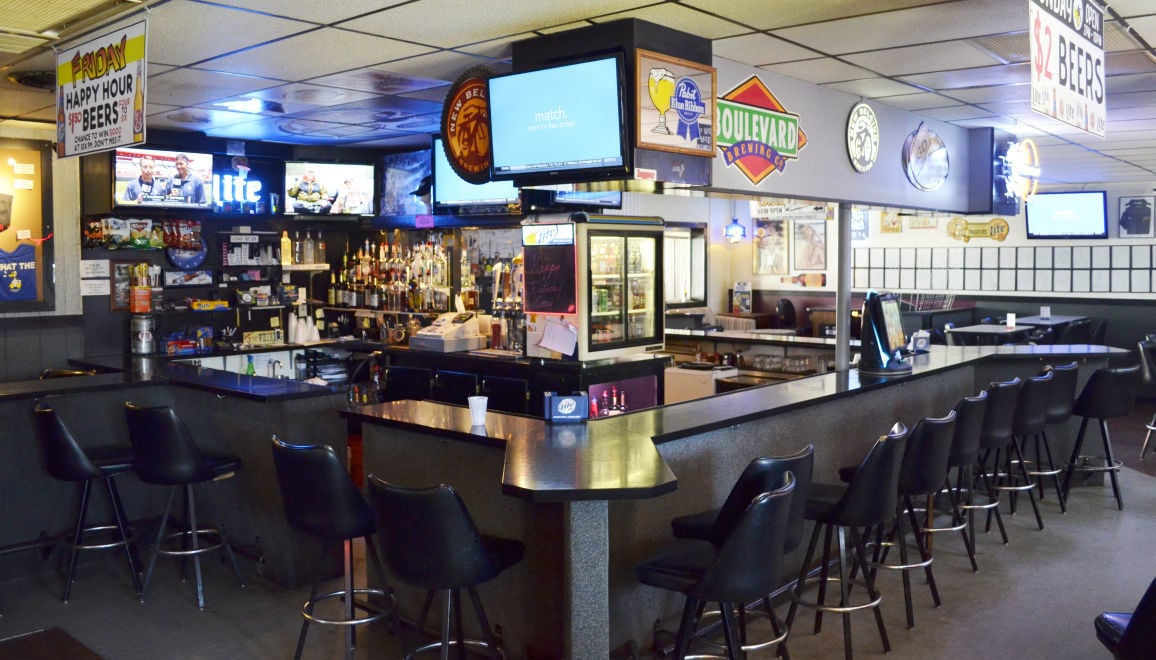 Jim's Lounge, at first glance, might not be the most spacious of bars. But there's plenty of room -- and Siouxlanders are big fans, giving it 4.6 stars on Facebook. 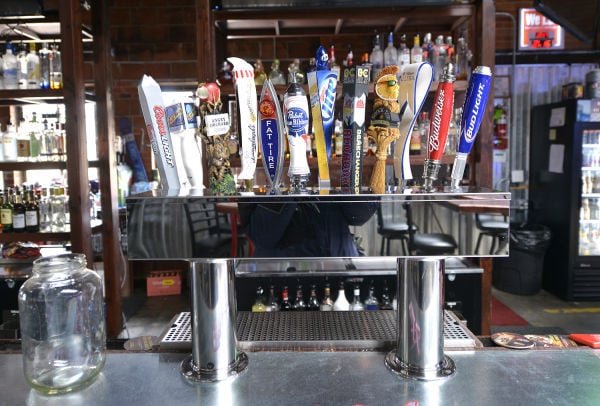 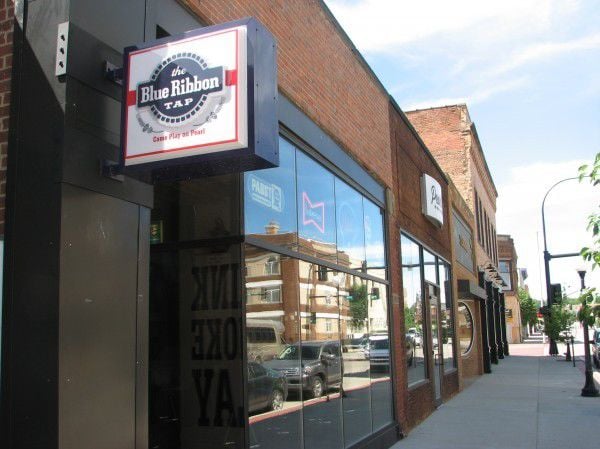 Blue Ribbon Tap draws praise on Facebook for big crowds, a nice atmosphere and good service. It has a 4.4 rating from 81 reviews.

If you thought there seemed to be a whole lot of craft breweries opening up, you're right. There were 7,346 breweries that were operating in 2018. This number included 4,521 microbreweries; 2,594 brewpubs and 231 regional craft breweries.

Over the past year or two, Brioux City Brewery and Marto Brewing Company have opened in Sioux City. Le Mars, Iowa's Wise I Brewing is slated to opened in the Plymouth County seat as early as next month.

Winslow doesn't mind the competition. He actually thrives on it.

"Everybody works harder and tries harder when there's competition," he said. "It keeps you on your toes."

That's especially true since Winslow needs to satisfy the tastes of the beer aficionado as well as the newly converted craft beer fan.

Plus Winslow is trying to capture the 20something market with beers that contain cocoa nibs, vanilla and a host of sweet and aromatic add-ons.

"We call those our pastry stouts and they're sort of like beer smoothies," he said. "Personally, I'm not a fan but customers seem to like them a lot."

"People ask me if it seems like it's been four years since I opened Jackson Street Brewery," he said. "To be honest, sometimes it seems even longer thatn four years."

But that doesn't mean Winslow has lost his passion for experimentation or desire to play with flavors.

"I've had some good ideas plus I've made a few mistakes," he said with a smile. "But I'm always learning. There will always be something new when it comes to beer."

SUX 6: The top six things to do in Sioux City this weekend

My taste buds were going crazy with the flavors of berries, Oreo cookies and heaps and heaps of maple syrup.

SIOUX CITY -- After hearing about the project many months ago, Kortney Barbee immediately noticed new lighting along the Historic Fourth Stree… 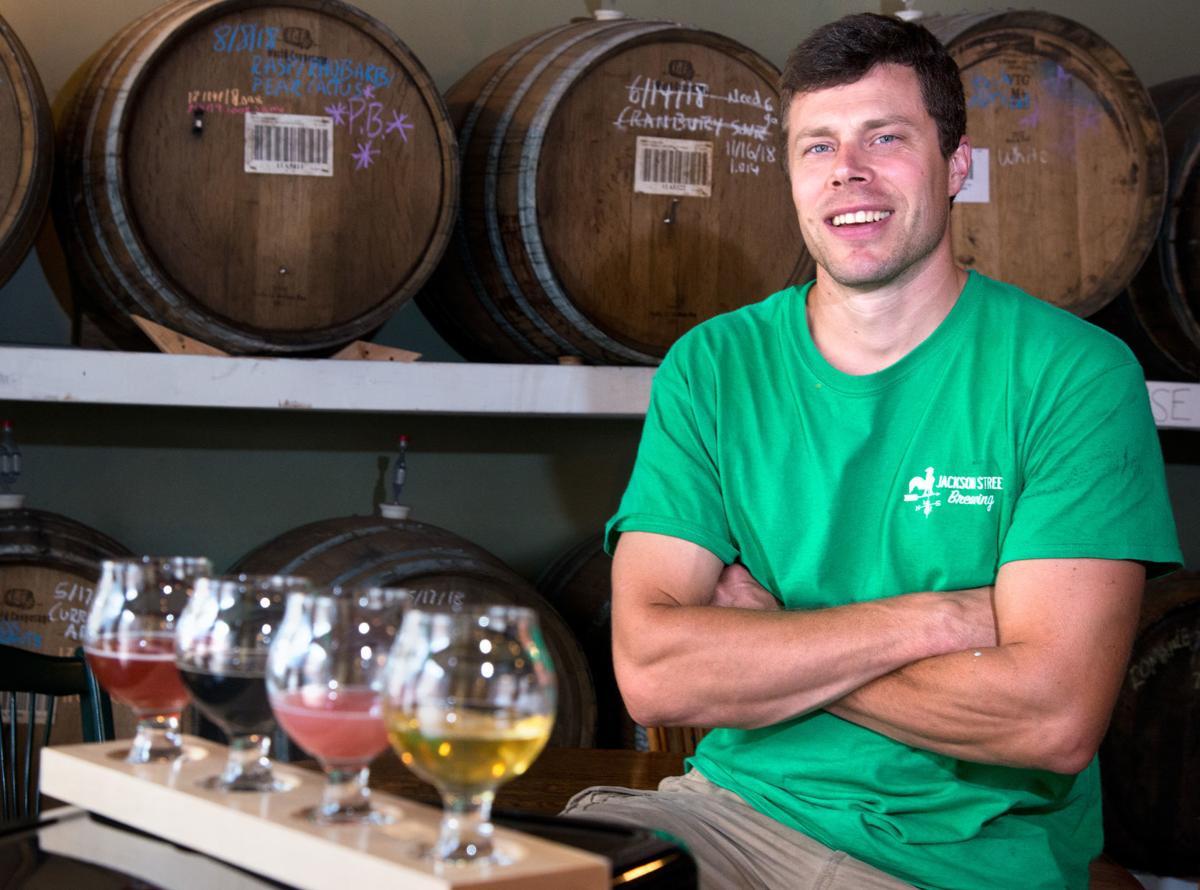 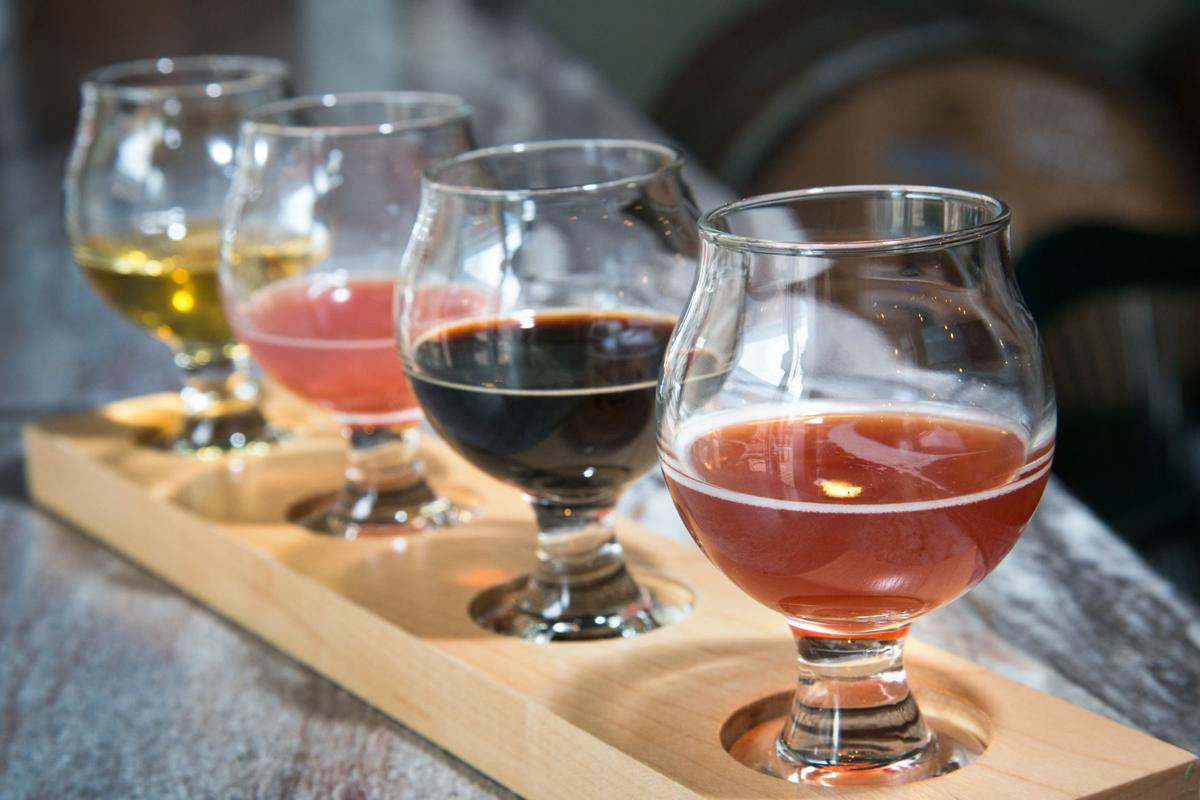