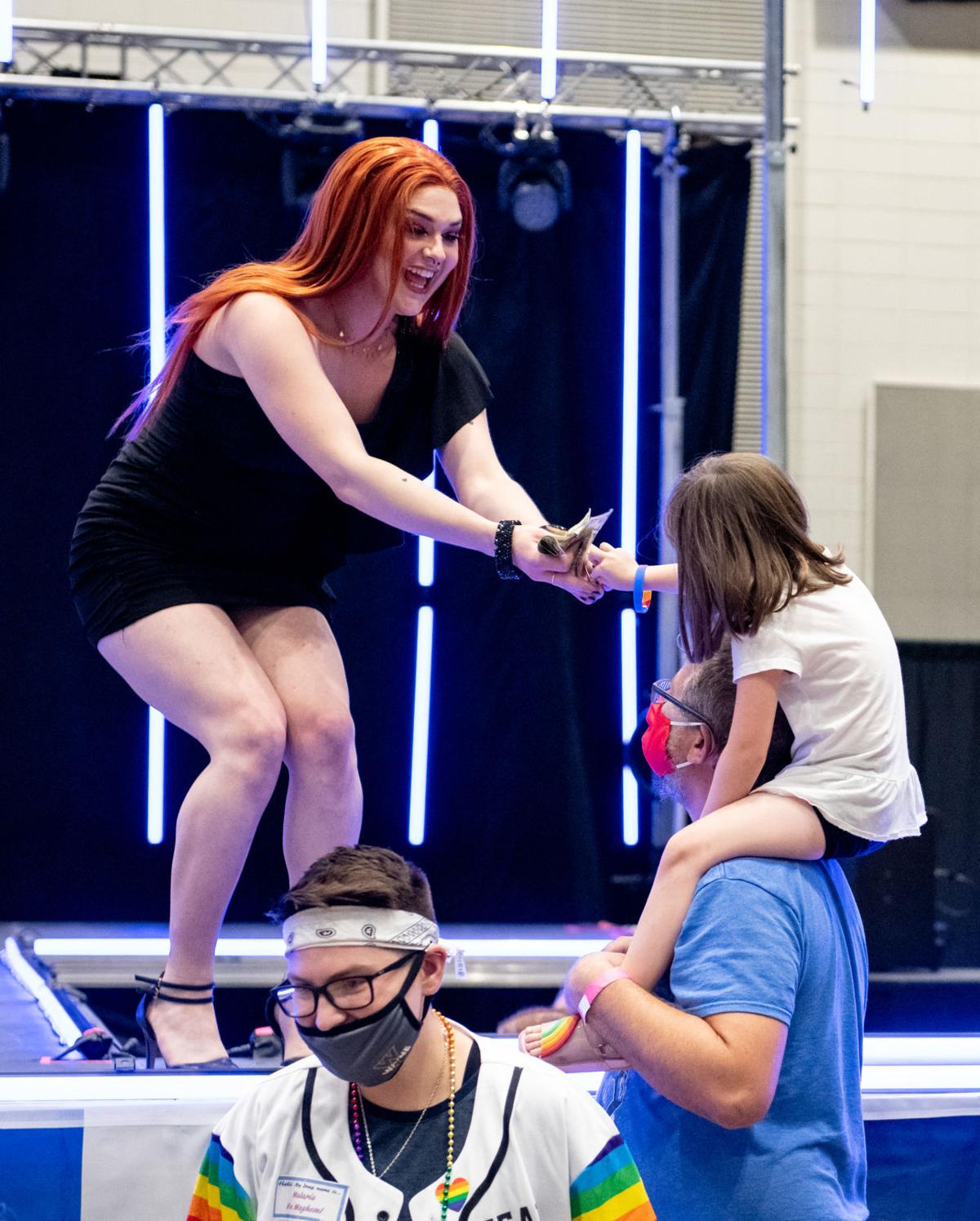 Jeff Johnson and his daughter Lilly Johnson, 5, hand a tip to Naomi Poppins on stage at the SUX Pride festival at the Sioux City Convention Center on Aug. 22. This year's festival is set for Saturday. 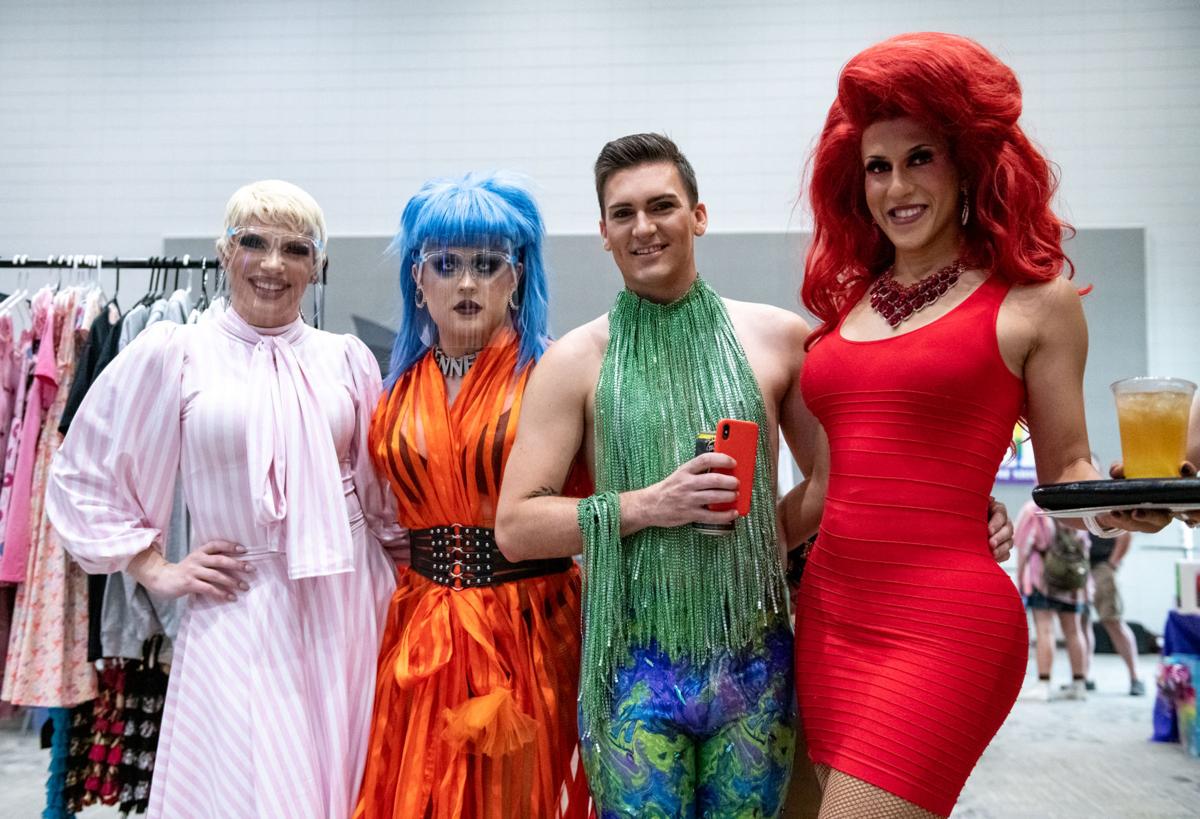 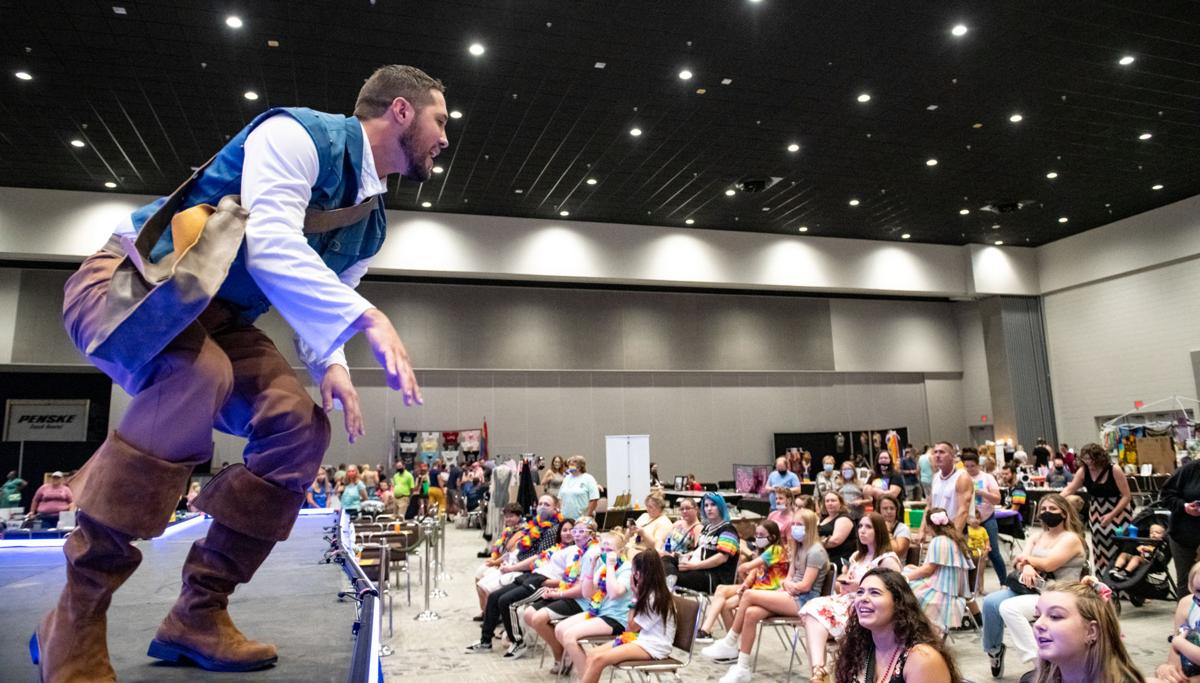 'Flint' performs at the SUX Pride festival at the Sioux City Convention Center on Aug. 22. This year's festival starts at 11 a.m. Saturday.

The SUX Pride Festival returns to Sioux City this weekend.

And, for the first time, the festivities will be extended an extra day.

The two-day event kicks off on Friday evening, with SUX Pride, Downtown Partners, and Explore Sioux City hosting a Give Back Night on Historic Fourth Street. Each business will offer its own specials and attractions.

Joe McCulley, executive director of SUX Pride, said the event is designed to give back to the community and to showcase the various attractions and entertainers in the area.

"Basically what we are doing is helping people create a custom night on Fourth Street," McCulley said.

McCulley highlighted this year's outdoor painting activity called "pride rocks," where kids can pick a rock and paint it any way they want, bring it home with them, and it could be featured on social media.

"We're asking those children to take a picture of it, create a story and submit in to our Facebook page," he said.

The festival will also have drag shows every hour and drag story time at 11:30 a.m.

"It's going to be a really good time," McCulley said. "There's lots of stuff to do for everyone of all ages."

The activities are free and open to all ages until 6 p.m. After that time, the festival will switch to events for those 21 and over, with a $10 admission charged.

Among the evening events are drag queen bingo, lip sync battles, and an all-star show with national headliners that begins at 9 p.m.

SUX Pride is traditionally held in June but last year's festival was postponed until August because of the pandemic.

McCulley said he is excited to return to the normal schedule this year and continue to expand the event. He expects this year's edition to have the largest turnout ever.

"It feels great to be back to doing it in June and to actually be able to expand and do our largest one ever," McCulley said.

The festival is not only a celebration of sexuality and SUX Pride, but it also recognizes the diversity of Sioux City and the great people that live in the area, he said.

"We really want to encourage people to come out and have a great time, enjoy this festival and reconnect with people," he said.

Jeff Johnson and his daughter Lilly Johnson, 5, hand a tip to Naomi Poppins on stage at the SUX Pride festival at the Sioux City Convention Center on Aug. 22. This year's festival is set for Saturday.

'Flint' performs at the SUX Pride festival at the Sioux City Convention Center on Aug. 22. This year's festival starts at 11 a.m. Saturday.