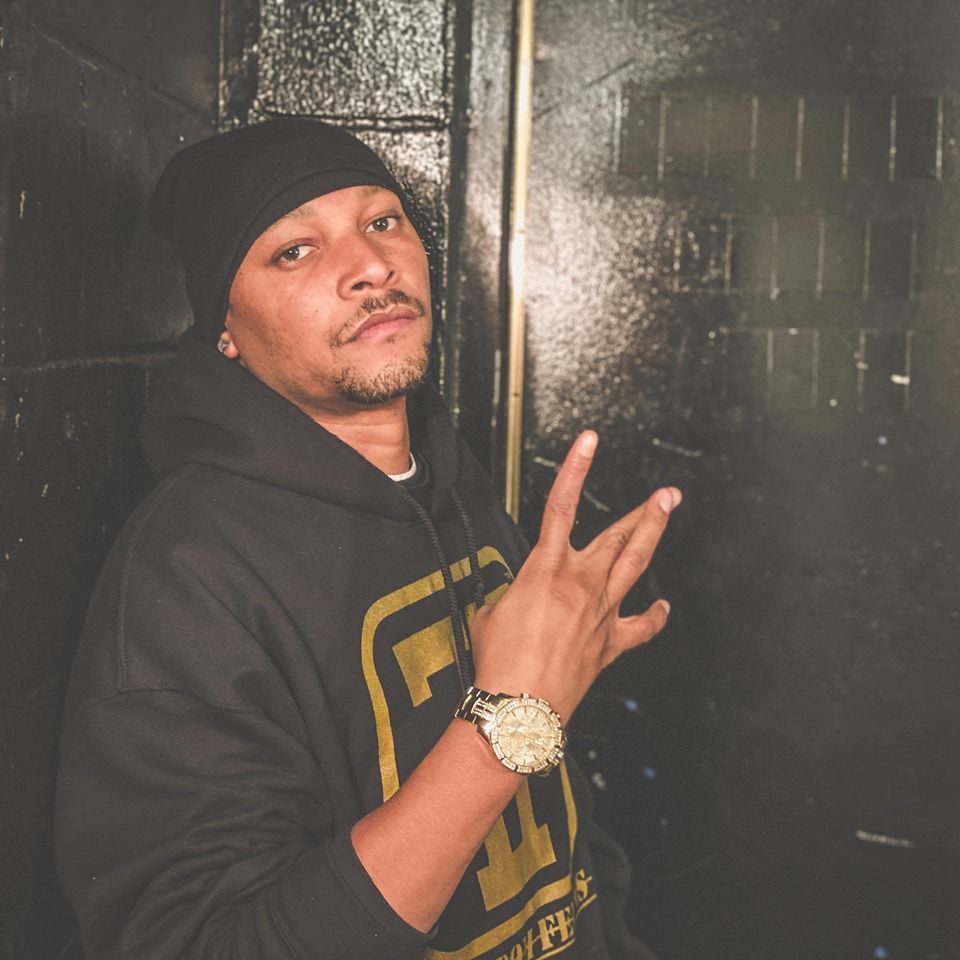 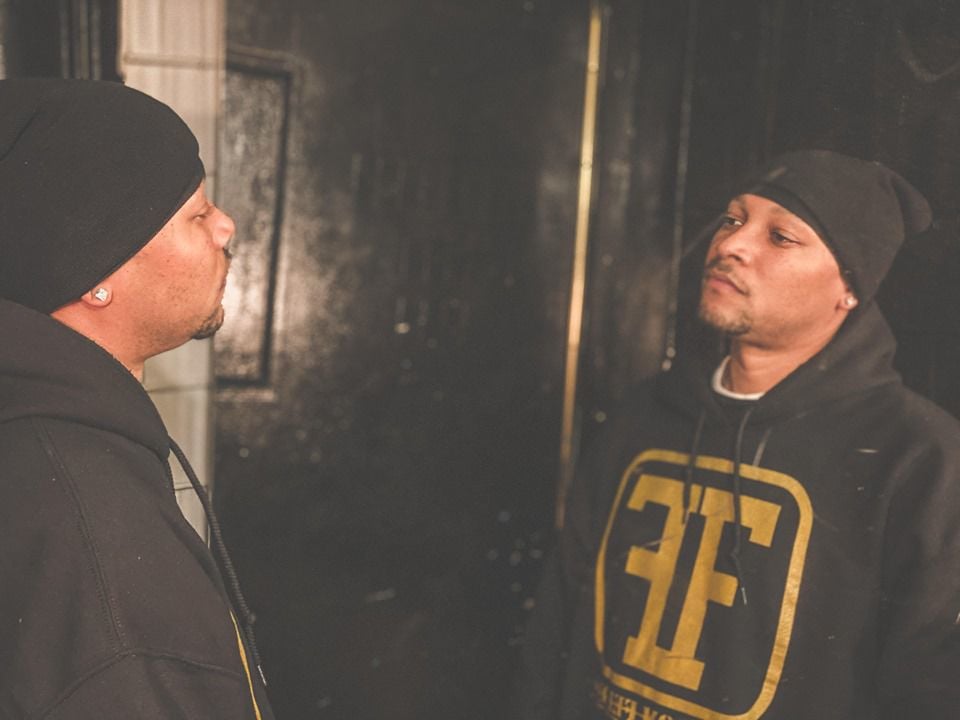 Raised on the streets of Logan Heights in San Diego, California, Latifu Sams, aka Eternal of the Wu-Tang-Clan's West Coast Killa Beez has overcome adversity to become the successful MC he is today, and will be headlining a show at Club Riviera (714 Fourth St.) starting at 9 p.m. on Nov. 9.

From an early age Eternal knew he would have to make a way for himself in this world as his mother had a long-time addiction to crack cocaine and his father wasn't in the picture. He went from foster home to foster home throughout his childhood after he was taken away from his mother when he was between 6 and 7 years old.

"I had a rough upbringing," said Eternal. "My mom was a heavy crack smoker from the '80s to the early 2000s. When I was six or seven I was taken away from my mom and became a foster child. From the age of 7 to 18 1/2 I was probably in 13 or 14 foster homes, six or seven boys homes and four orphanages."

He had to start working at a young age just to be able to feed himself. He landed his first gig when he was only 6 years old after a manager at a KFC took pity on him.

"When I was 6, I copped my first job," said the rapper. "We didn't have any food. Every other week I'd have some different (expletive) in my house I'd be calling 'Daddy.' I always had a daddy of the week buying me baseball cards, or giving me a quarter or 50 cents. I was quick to call them 'dad' if they gave me money. I was hustlin'; I was even breaking into cars at 6 years old.

"When I was 6 and a half, I went to KFC and told them I was hungry. They gave me a broom and let me sweep the parking lot. They gave me a couple pieces of chicken and a biscuit. I was only able to do it a couple times because it was illegal for a child to be doing work like that. The day they told me I couldn't keep sweeping the lot, they gave me a strawberry parfait. That was the first time I'd ever had one of those things."

During that time he started living with his grandmother, but didn't have running water or electricity. The Latina women in the neighborhood used to help "Badass Latifu" (as the folks in the neighborhood called him) by giving him warm tortillas to eat.

Growing up, he started taking a liking to music. He was first introduced to the Wu-Tang-Clan in 1993.

"I was actually in a group home when I copped a tape from a big-brother type person," said Eternal. "He would pick me up and buy me clothes and give me money sometimes. That's when I went and picked up a copy of '36 Chambers.' I also picked up a copy of Vanilla Ice's second album, 'Mind Blowin'."

Eternal's influences don't stop with rap, as he has been influenced by rockers like Metallica, KISS, Duran Duran, Tears for Fears and Tool, among many others. However, some of his hip-hop influences include The Fat Boys, L.L. Cool Jay, Run DMC, Beastie Boys, Sugar Hill Gang and KRS One, again among many others.

"The first record I ever bought when I was young was KISS 'Destroyer,'" said the MC. "My grandma had sent me to the store to buy milk. I think I was 8. I walked past this garage sale on my way to the store and this record caught my eye. I recognized it from the cards that came in the 25 cent 'Grand Bags' I used to get at the ice cream truck. I had to have that record."

Years later, in 1997, RZA of Wu-Tang-Clan formed the West Coast Killa Beez. Eternal ran into a member of the Killa Beez who was opening for GZA (also of Wu-Tang fame) at a show. Another of Eternal's friends was also opening up for GZA and wanted Eternal to film his set.

"I was on stage and ended up making my way backstage," said the rapper. "Some of RZA's group was back there freestyling and doing their thing. I jumped in the middle and started blowin' motha (expletives) away. They asked who I was and I told them I was the camera dude. I brought them a tape I rapped on, and they took me in as a member of Wu-Tang's Black Knights. When they heard me spit, I reminded them of a couple other people and they thought I'd be a good fit. I was in the right place at the right time."

By now, he has been in the rap game for 27 years, and his name is tied to platinum and gold records. But why does he call himself Eternal?

"I was afraid of dying; scared of death," he said. "I was also a fan of Bone Thugs 'N Harmony at the time. My rap name before was 'Baby Nuts.' As I got older, I wanted to go with something different.

"I bust my ass to make it; to provide for my family. I've always been a leader; the one to take charge and put ideas together. I want people in the future to say that I was the guy that was real; the guy that looks out for the little dude. I'm approachable. I'm a regular dude. I want to get local artists to open my shows. That's just who I am; I've never experienced that with anyone, so I wanted to be different. It's all about not biting the hand that feeds you."

Eternal believes young MCs just getting into the game could use a bit of advice before jumping in fully.

"Stay independent," said the MC. "Own all your publishing. That's where the money's at; in the publishing. Everybody wants to be cocky today and call themselves rappers, but they need to put in the work. I remember selling tapes at malls and passing out flyers. People need to keep it in the street, rock as many stages as they can and be heard by as many people as possible. If someone offers you the opportunity to perform, just rock it; crush it."

Sioux Cityans can expect a taste of Wu-Tang's legacy when Eternal stops by Club Riviera on Nov. 9.

"I'm about to bring that raw Wu-Tang style," he said. "If you're a fan of Wu-Tang, a fan of lyricism, I'm about to bring it. I'm going to give fans a bomb-ass show. I'm going to take they asses back to the days of 'Shaolin.' I'll break out my sword and start slicin' and dicin'. This is going to be real; none of that mumble-rap or skinny jeans. The lyrics will touch the mind and the heart. You are going to leave that place saying that's the realest (expletive) you've ever heard."

1. From Soldier Field to Anthem's Stage

Siouxland Strange: 'I told you it was stolen'

After being pulled over in Sioux City on suspicion of driving a stolen vehicle, a woman called someone to say she was headed to jail. This person's response: "I told you it was stolen when I gave it to you."

Question of the week

'Do you think Iowa should legalize the recreational use of marijuana, and why?'

My favorite story I ever did was an interview with Randy from "Trailer Park Boys." The actor that portrays Randy agreed to do the interview in…

Siouxland Strange: A fender-bender and a handgun

Talking to the other driver after a fender-bender is awkward enough as it is -- brandishing a handgun won't make matters any better.