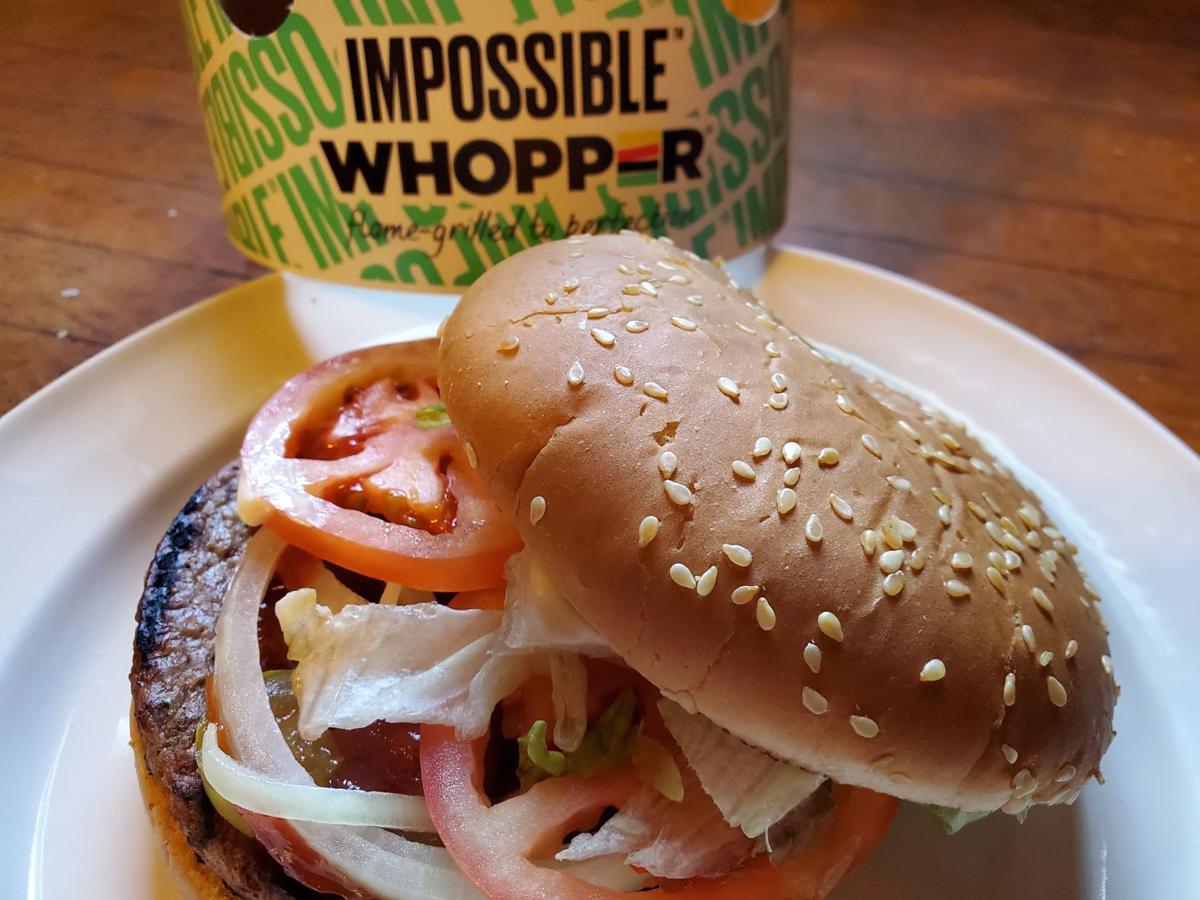 Burger King has unveiled a new, plant-based Impossible Whopper. Though the patty contains no meat, this sandwich is not vegan. 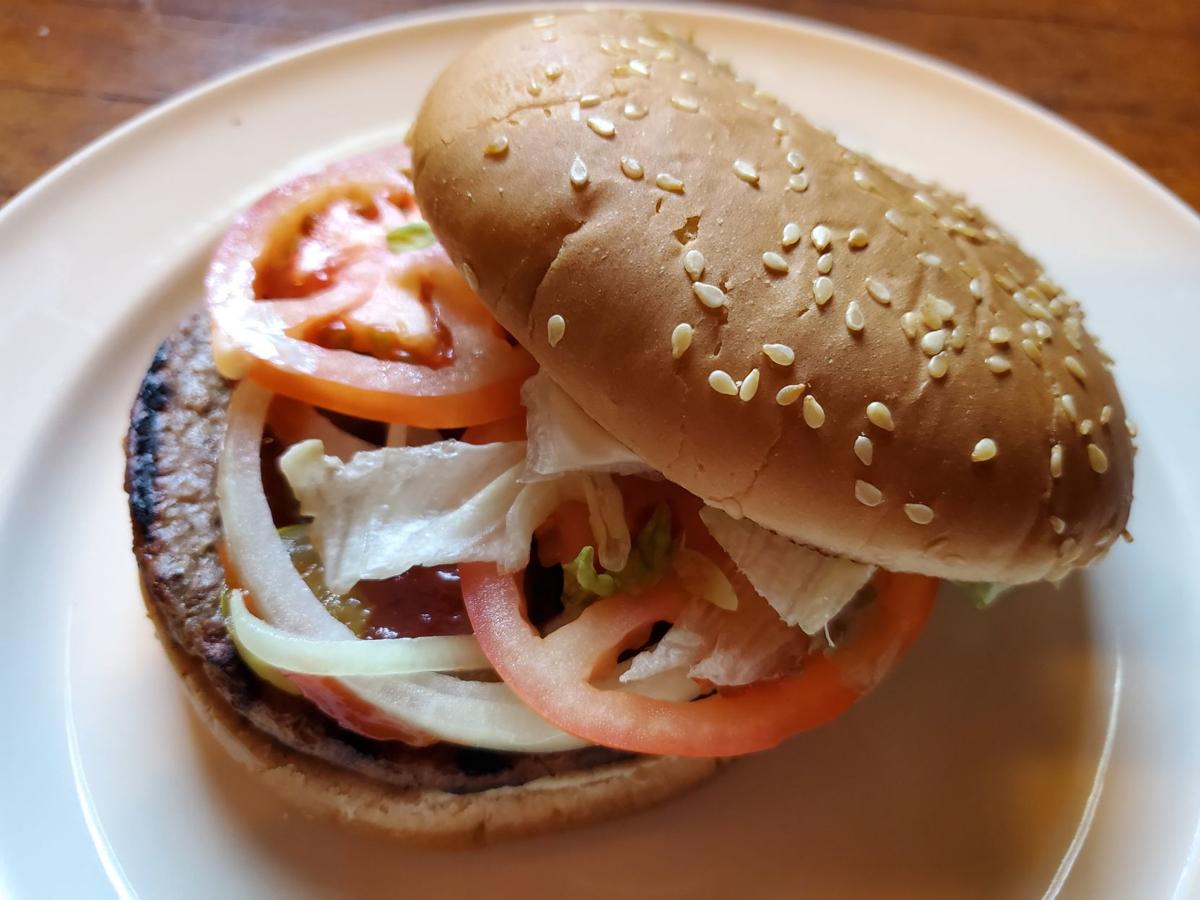 When I was just a kid, Burger King was still doing its kitschy "Have It Your Way" TV commercials.

I even remember the stupid little jingle: "Hold the pickle, hold the lettuce, special orders don't upset us."

Fast forward some 40 years, and BK will still let you forsake both the pickle and the lettuce. Nowadays, the burger chain will even allow you to chuck the meat.

Yup, Burger King has been incrementally rolling out its plant-based (read "veggie") Impossible Whopper, nationwide. Thus far, early results have proven favorable. For instance, BK states that locations serving the non-meat sandwich have seen an 18 percent spike in foot traffic over those that didn't carry it.

Celebrate Independence Day by going to the (hot) dogs

Plus the third-place burger chain has garnered plenty of free media with its 100 percent meatless version of its flagship sandwich.

OK, news stories aside, how bad is it?

Well, surprisingly enough, the Impossible Whopper isn't horrible. Especially for those of those of us who remember the bland, hockey puck-like veggie burgers we suffered through in the past.

WITH PHOTOS: 7 Siouxland restaurant and food reviews in the Weekender

Clearly, teaming up with the Redwood City, California-based Impossible Foods was an inspired idea.

Founded in 2011, Impossible Foods unveiled its Impossible Burger -- sold at a handful of upscale eateries -- in 2016 with considerable acclaim.

The company then took its winning formula for fake meat, transferring it to BK's beloved Whopper.

Here are our findings.

IT MUST BE HEALTHY, RIGHT?

Um, not really. Hitting the scales at 630 calories, 34 grams of fat and 1,080 mgs of sodium, the BK Impossible Whopper is surprisingly similar, nutrition-wise, to its beefy big brother. Neither one is actually good for you.

Attention Harold and Kumar, these microwaveable White Castles are awesome (and meat-free)

First impressions mean a lot. In the past, veggie burgers didn't smell like meat. Instead, they had a hard-to-describe, bean-y, laboratory-like aroma that didn't excite anyone's olfactory.

The Impossible Whopper's plant-based patty, on the hand, had no discernible smell or aroma. That was a conscientious choice. In terms of texture, the veggie patty had a burger-esque texture, but the taste of the sandwich was derived from the toppings.

SO, HOW DID IT TASTE?

Anyone familiar with a Whopper can probably taste the crunchy pickle, the raw onion plus the tag team condiments of ketchup and mayo without taking a bite.

Add the slightly salty chair-broil flavoring and you have all the makings of a Whopper, right?

The same holds true for the Impossible Whopper. Crunchy veg? Check. Goopy condiments? Yeah, they were there and they will be running through our fingers soon. Char-broiled taste? It might just be our palates but it is less aggressive on the Impossible Whopper than it is on the meatier mainstay.

WOULD WE MISTAKE THE IMPOSSIBLE FOR THE REAL DEAL?

If we didn't know, we probably couldn't tell the difference. That's a huge accomplishment for folks who had less-than-satisfying experiences with veggie burgers.

The texture of the Impossible Whopper was on point. So long, mushy patty or hockey puck-like meat disc. This had a nice mouth feel that was acceptable to both meat or non-meat eaters.

WOULD WE GET IT AGAIN?

That's a hard question to answer. As carnivores, Weekender taste testers like meat. If we wanted lighter fare, we'd go with a salad. The Impossible Whopper isn't actually lighter or healthier than a regular Whopper. The biggest change is a plant-based patty.

Having said that, we'd pick it up again and put it into our regular fast food rotation.

Color us stunned! The Impossible Whopper really did lives up to the hype. It's tasty and you won't feel guilty the next time you see a cow.

REVIEW: How good are 'booze-sicles' this summer at The Marquee?

Everyone has wonderful childhood memories of slurping on flavored ice-sicles on a sweltering summer day.

It doesn't happen very often, but I sometimes get "SpongeBob SquarePants" flashbacks while walking down the snack aisle at Hong Kong Food Market.

Burger King has unveiled a new, plant-based Impossible Whopper. Though the patty contains no meat, this sandwich is not vegan.