Best friends since the first grade, Ellie Ernster and Molly O'Neill have based their relationship on a mutual love of education, crafting and cookies.

Ellie and Molly, both 18, began baking shortly before Christmas 2018.

"It started as a school assignment," Ellie explained. "We needed to create a project, documenting it step-by-step."

"We thought making cookies would be a fun, visual step-by-step project," Molly added. "Once we started ... we were hooked."

Indeed, the two girls decided to turn their newfound hobby into a business.

Flour Power by Molly and Ellie features the pair's custom-made sugar cookies as well as specialty cakes and cupcakes.

Specifically for Valentine's Day, the girls have created a mouth-watering assortment of cookies in the shape of hearts, lips and letters that spell out the word "love."

In fact, the girls have cookie decorating down to a science. Ellie is better at lettering in frosting while Molly shows off her expertise by creating detailed art.

"There are so many sites out there that it's easy to be inspired," Ellie said. "Plus we're becoming more confident in our designs."

More importantly, they're having fewer mishaps.

"When we started, we'd make mistakes and have to do it over again," Molly admitted. "That's happening less and less often."

Which isn't to say that the girls would ever throw away cookies.

"No, we never have to worry about leftovers or people willing to taste-test our products," Ellie said. "Everybody likes cookies."

To be honest, the girls hope that never changes for a couple of reasons. The most ironic reason revolves around their future occupation.

"Both Ellie and I will be going to the University of Iowa next year," Molly said. "And we both want to become dentists."

"People say that dentistry is where art and medicine meet," she said. "There's plenty of detail work required when you're working on teeth." 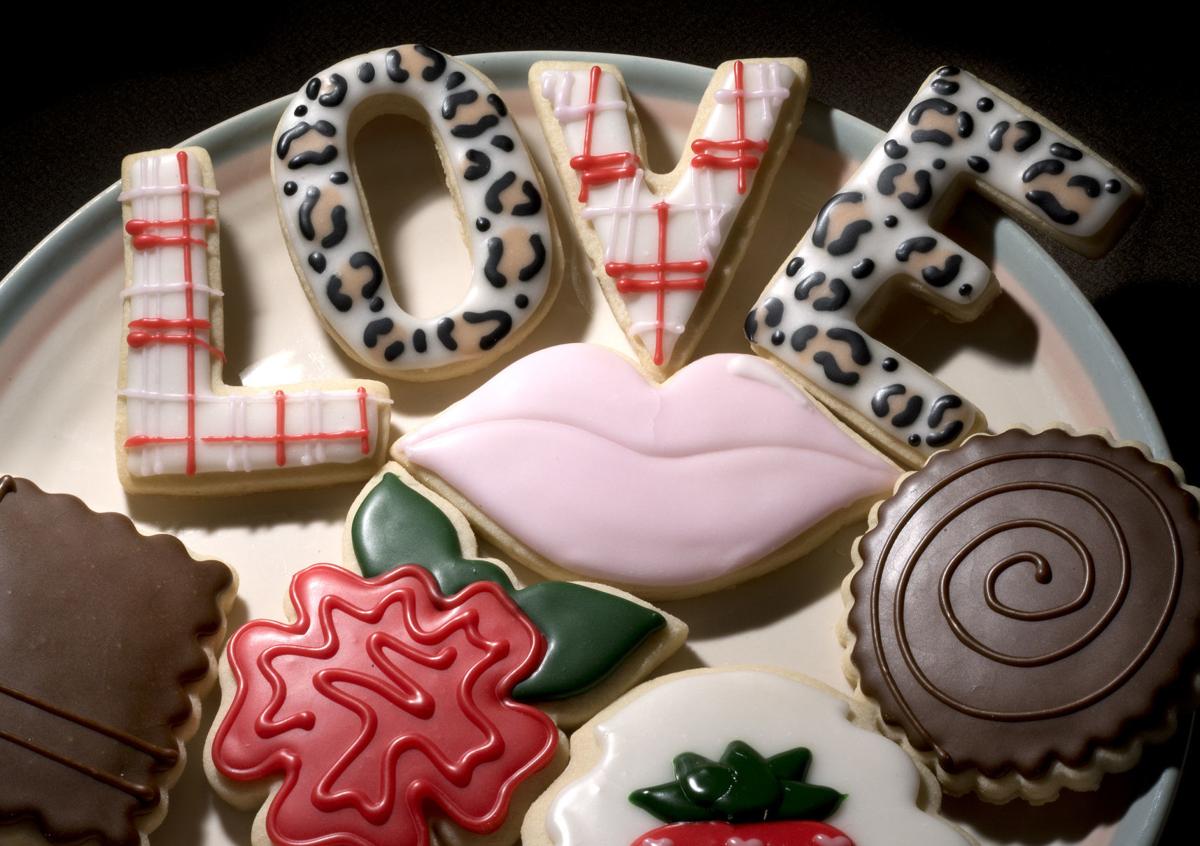 Cookies baked and decorated by Ellie Ernster and Molly O'Neill, seniors at Heelan High School, are shown Tuesday. The women bake cookies and market them through their Flour Power Facebook page. 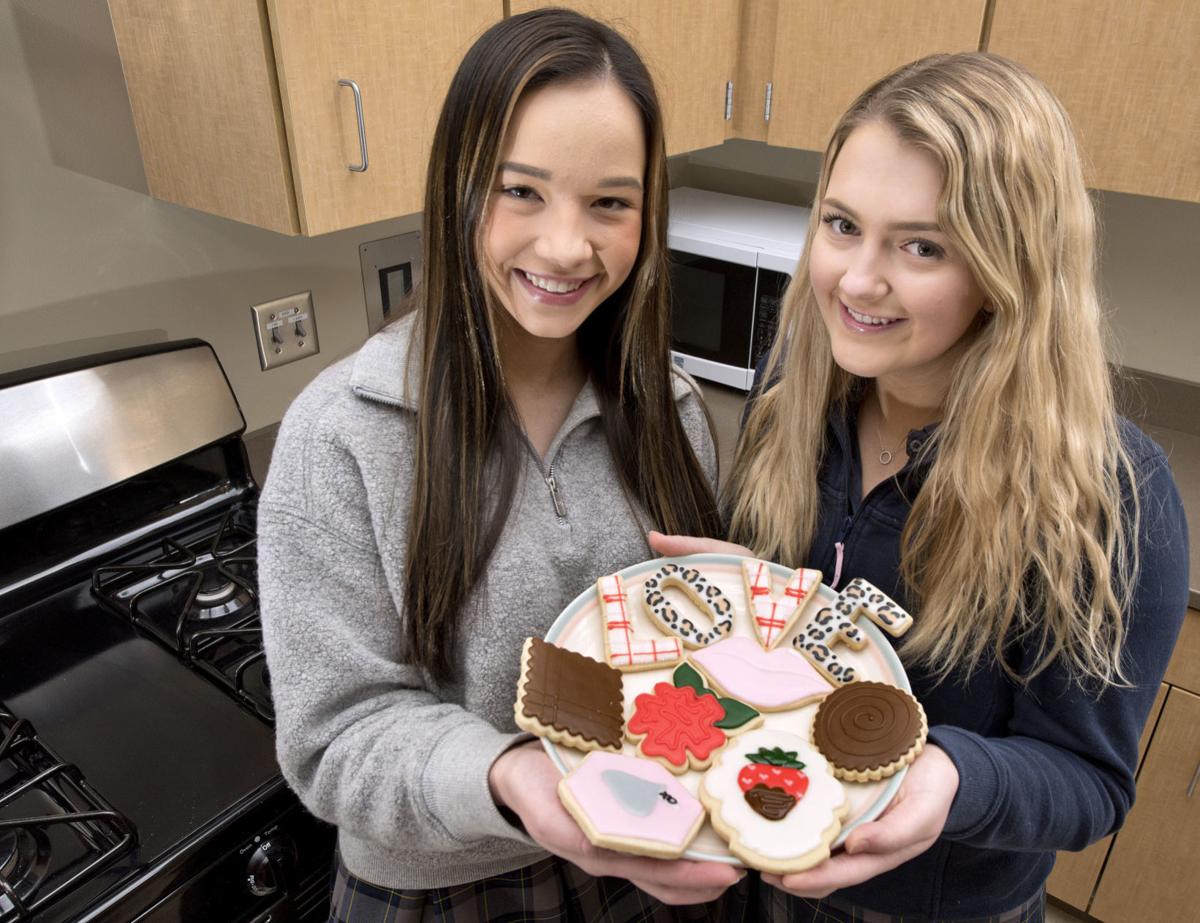 Ellie Ernster, left, and Molly O'Neill, seniors at Heelan High School, display a plate of cookies in a foods classroom at the Sioux City high school. The women learned how to bake for a school assignment. They enjoyed the experience so much that they've turned cookie-making into a business.