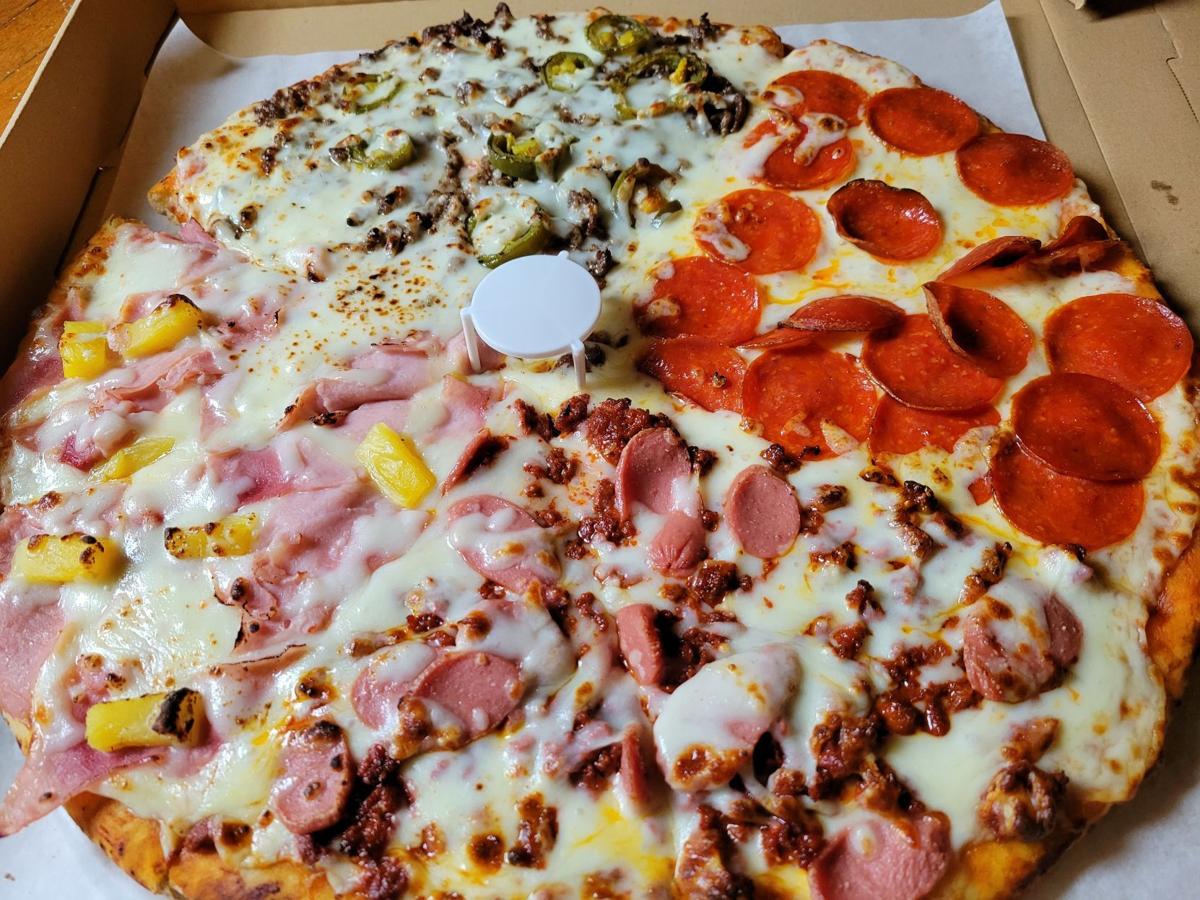 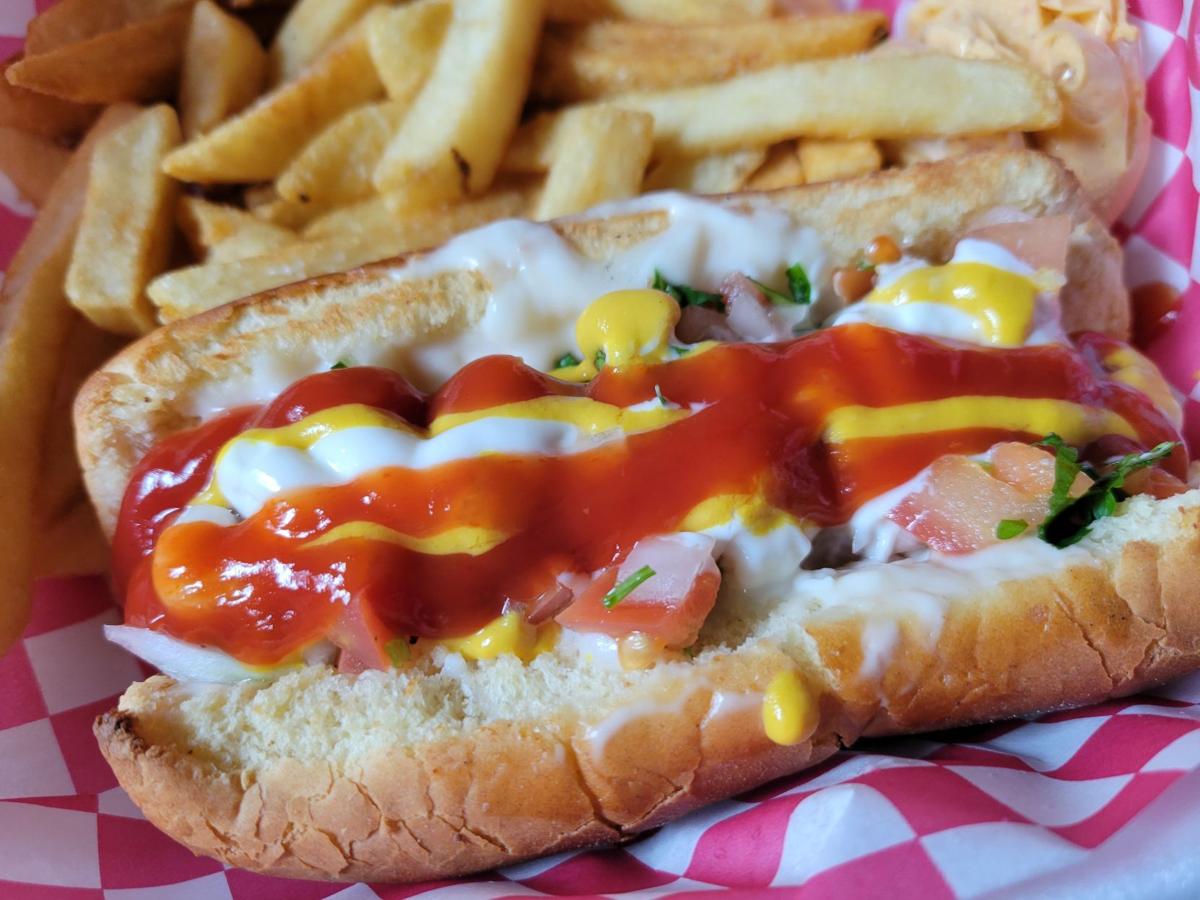 Served with zesty fries, Chilangos Mexican Pizza offers a Mexican Hot Dog that is so good it will make you howl for more. 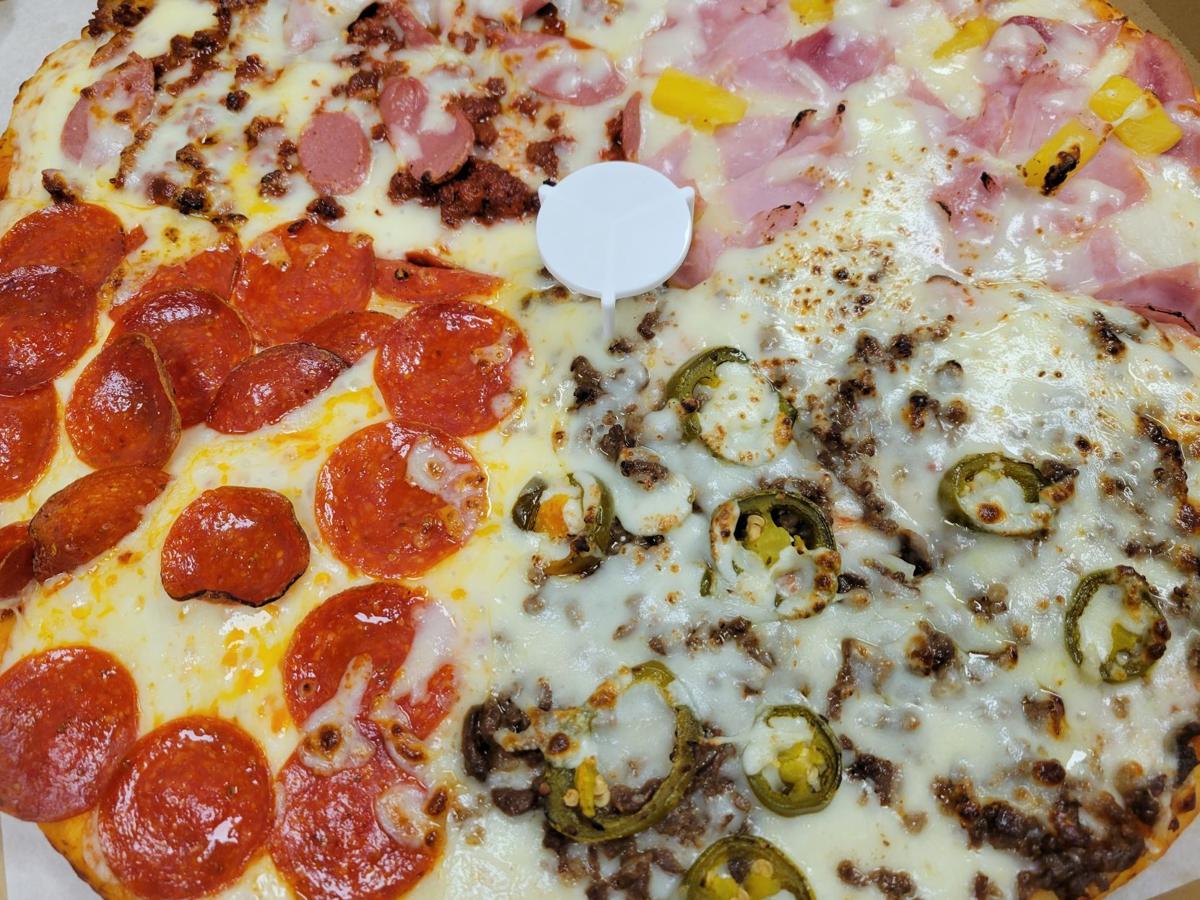 Chilangos Mexican Pizza's "Everything On It" House Special drew rave reviews from Weekender taste testers. Other popular pies at the new South Sioux City eatery include a Mexicana and a Buffalo Chicken pizza.

That's a lot of pie for a food which historians say dates back to the Stone Ages.

However, the modern pizza -- actually a flatbread -- was likely conceived in the kitchens of family chefs living in Naples, Italy in the early 1800s.

The pizza was further refined in the United States with endless variations of New York, Los Angeles as well as a Chicago Deep Dish styles of pizza.

So, what is the most popular pizza made at Chilangos Mexican Pizza, a new pizzeria which recently opened at 112 E. 19th St. in South Sioux City?

Perhaps not too surprisingly, Chilangos' Home Special is topped with tons of asada and chirizo while drizzled with cheese and a zesty salsa.

But the pizzeria's best selling pie also contains many things one wouldn't expect in a Mexi-pizza. Namely, plenty of pepperoni, ham and pineapple.

Uh-huh, this south-of-the-border pizza is actually something of a world traveler.

And believe it or not, Weekender Taste Testers say this "Everything On It" pizza is nothing less than a meaty masterpiece.

Made with slow-cooked beef, a birria pizza is actually an inside-out pizza since the meats and cheeses are cooked while nestled in a layered, flour tortilla crust.

Chilangos pizzas don't have as unique of a crust. Instead, it uses a crust similar to a New York pizza. A taste tester described as being less floppy.

"This pizza is strong enough not to bend under a ton of toppings," the taste tester said.

Indeed, the House Special drew nothing but raves from the Weekender's staff of pizza fanatics.

"I love that they don't skimp on any of the ingredients," one taste tester said. "This pizza just won't stop."

Hmm, we never thought of putting beans in pizza. Maybe, next time?

Containing an all-beef sausage, this Mexi-version of an American fave has a multitude of toppings like onions, tomatoes and bacon.

But its crowning achievement is an artistic zigzag of ketchup, mustard and Mexican crema which comes with each dawg.

Add a ginormous amount of fries, this is one Best of Show bow-wow, according to our cadre of foodies.

"I've had Mexican hot dogs before," said a taste tester. "This is as authentic as you can get."

Statistics show that more than 5 billion pizzas will be sold around the world in 2021.

But some of the quirkiest international pies can be found right here in Siouxland.

And who knows, maybe the good folks at Chilangos will slip in a few more pineapple slices in your next Mexican pizza.

Served with zesty fries, Chilangos Mexican Pizza offers a Mexican Hot Dog that is so good it will make you howl for more.

Chilangos Mexican Pizza's "Everything On It" House Special drew rave reviews from Weekender taste testers. Other popular pies at the new South Sioux City eatery include a Mexicana and a Buffalo Chicken pizza.