The gourmet chef became a bit of a gourmand.

"I had time on my hands," Burger explained. "So, I decided to check out a few of the new places."

You see, Kahill's was closed for 12 weeks during this period. The redo began after the former Marina Inn became a franchisee of the Marriott chain of upscale hotels in 2017.

Located on the second floor of the renamed Delta Hotels by Marriott South Sioux City Riverfront, Kahill's -- a longtime destination restaurant for residents and an upscale amenity for travelers -- was ready for an update.

CHANGING THE AESTHETICS OF A CLASSIC SIOUXLAND RESTAURANT

However, the property did provide some challenges for designers, according to Kahill's food and beverage director Chad Schoenfelder.

"The designers were somewhat limited because we're in an older building and the basic footprint of the restaurant couldn't be changed," he said. "But everything that could be changed has been changed."

This included the restaurant's color scheme, which is now wood, white and blue.

"The white and the blue give out a relaxed elegance while the wood accents bring out warmth," Schoenfelder explained.

"That's the one thing which impresses everyone." Schoenfelder said of the dining room, which reopened in late September. "Everywhere you look, there is an open sight line. Somehow, it is open and intimate at the same time."

Burger said he's just as enthusiastic about the redesign as Schoenfelder. But the menu is also getting a reboot, right?

STICKING WITH A WINNING FORMULA

"(For instance), you see more craft food around," he said. "Now, I like the craft food scene just as well as anyone but that isn't the type of cuisine people expect from Kahill's."

What people expect from Kahill's are its sumptuous steaks, porterhouse pork chops and straight-out-of-the-sea lobster tail.

Just hungry for an app? Then check the restaurant's Salt & Vinegar Calamari or its Cajun Beef Poutine or the Black and Blue Nachos.

Want something even lighter? How about a salad? At a chophouse!?!

Yeah, it sounds crazy to us but Burger likes it.

SALAD AT A CHOPHOUSE? CRAZY BUT DELICIOUS!

Kahill's Caprese Salad is made with Barrata cheese and heirloom tomatoes, walnut pesto and a balsamic vinaigrette.

"Food should look as good as it tastes," Burger said.

Having said that, um, is that really blue rice on Burger's next dish?

Kahill's Seared Ahi Tuna is made with sushi-grade tuna, veggies, a teriyaki and wasabi glaze, along with basmati rice that has a sky-blue tint.

"Andrew uses a liqueur that is colored blue to make the rice pop off the plate," Schoenfelder said. "It's eye-catching."

And so is everything at Kahill's.

"We wanted the redesign to reflect the character of the restaurant," Schoenfelder said. "Judging by the reaction we've gotten from guests, we're still the Kahill's that they love. We've just had an elegant makeover." 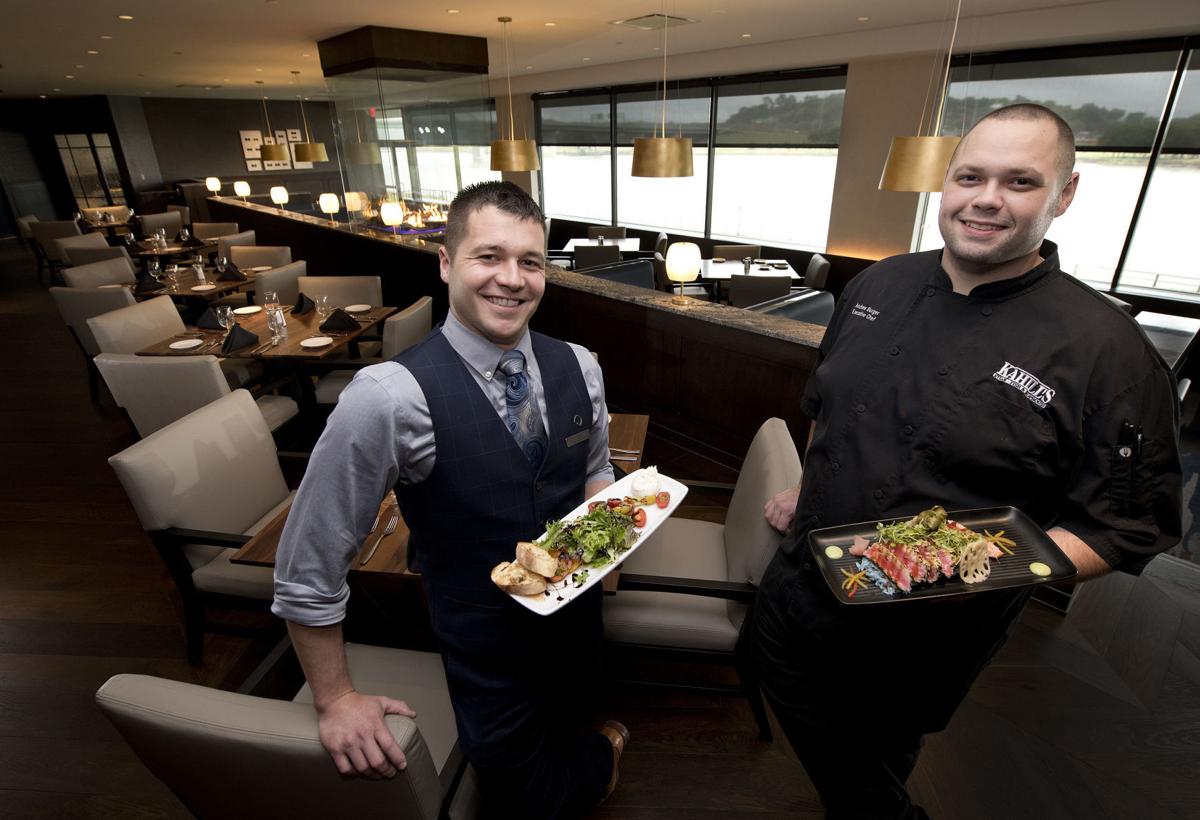 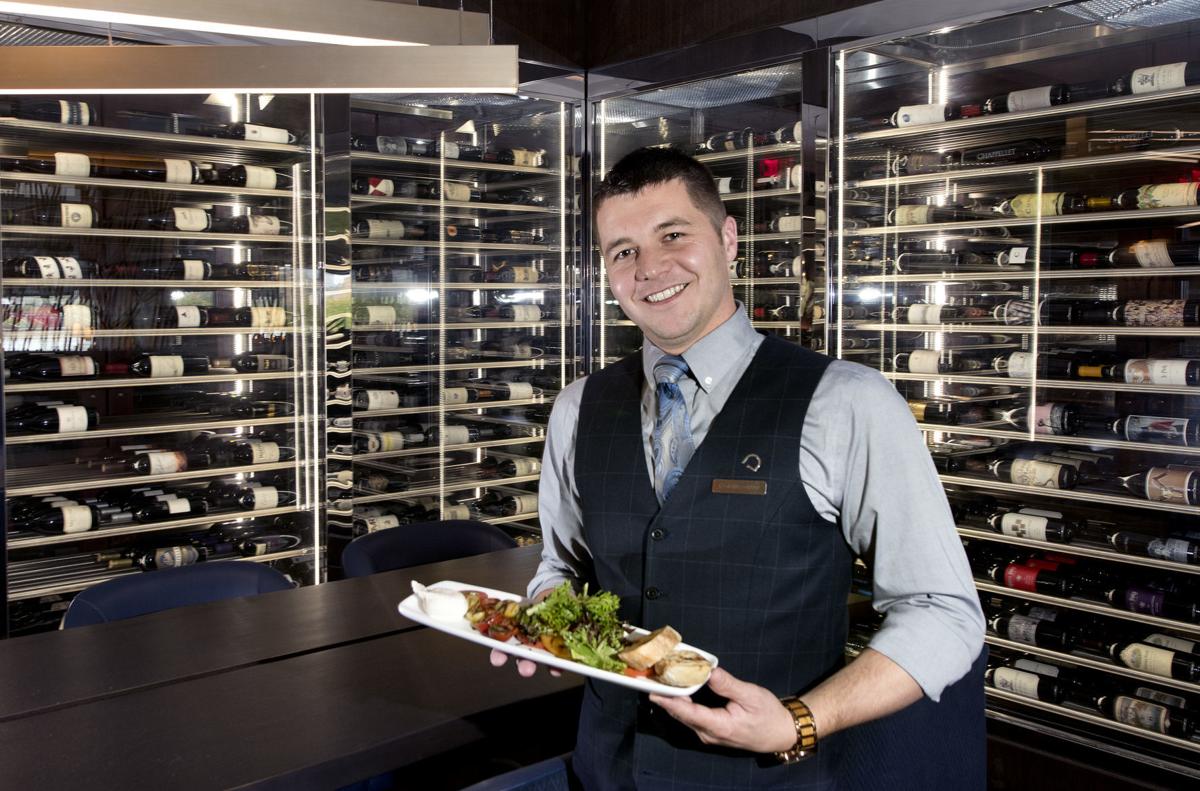 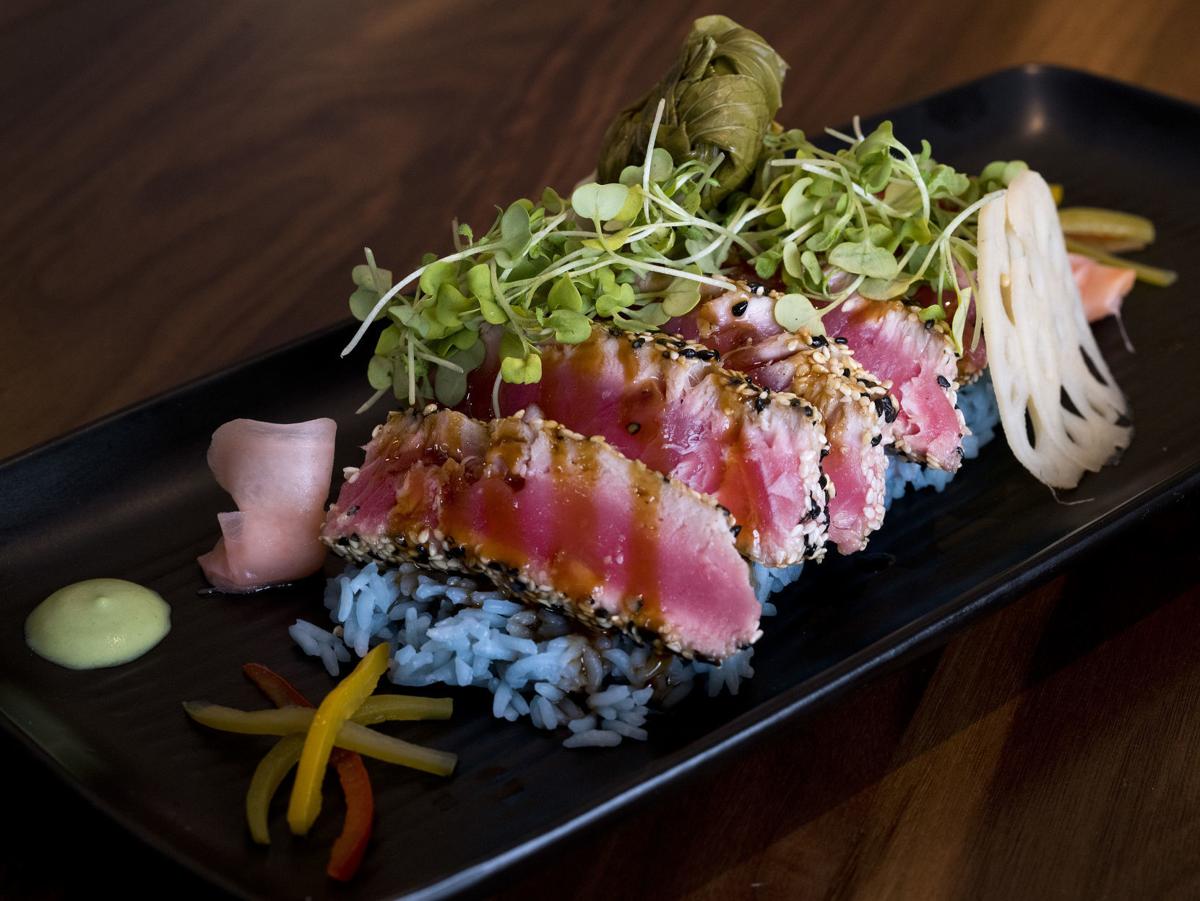 One of Kahill's Chophouse's newest menu items is its Seared Ahi tuna. Made with sushi-quality tuna, crudite veggies, a teriyaki and wasabi glaze, it also comes with Basmati rice that is covered with sesame seeds. Yes, the rice is supposed to be blue. 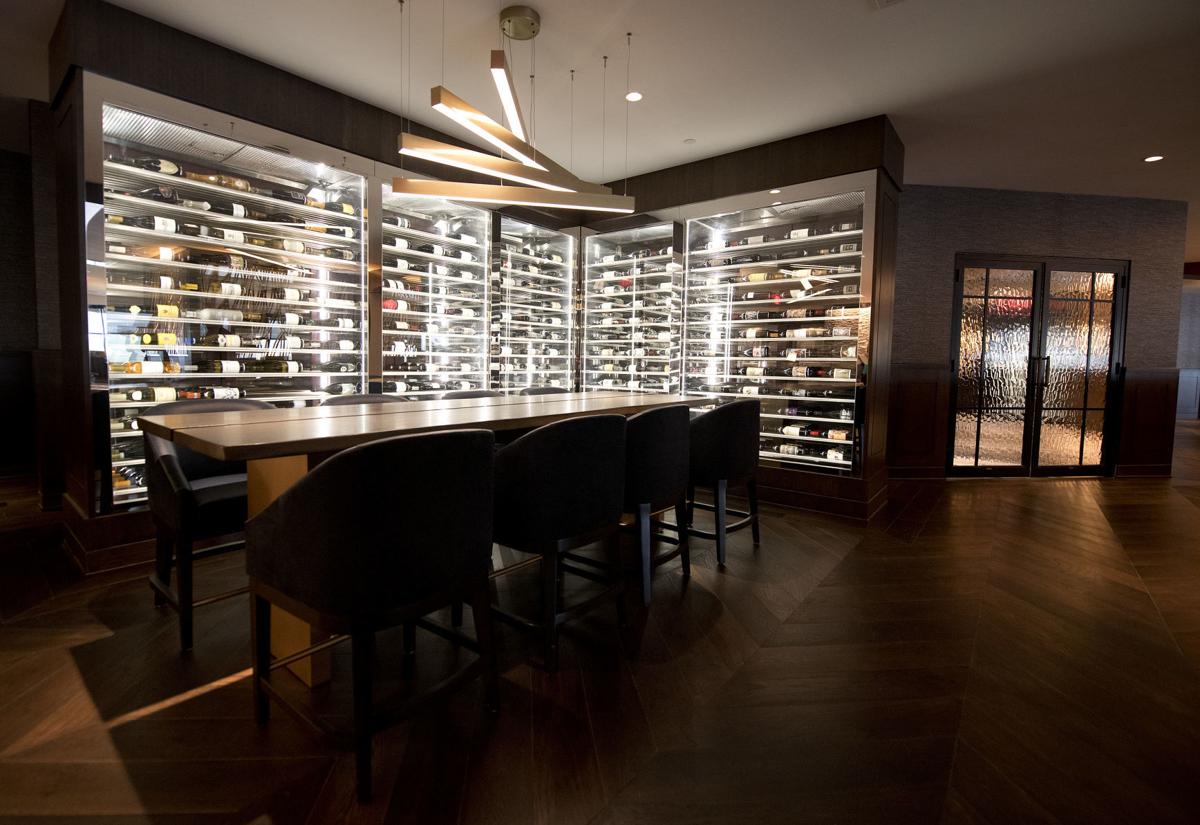 A wine cellar space is shown at Kahill's Chophouse inside the Delta Hotels by Marriott South Sioux City Riverfront in South Sioux City, Nebraska. The restaurant recently reopened after an extensive remodeling. 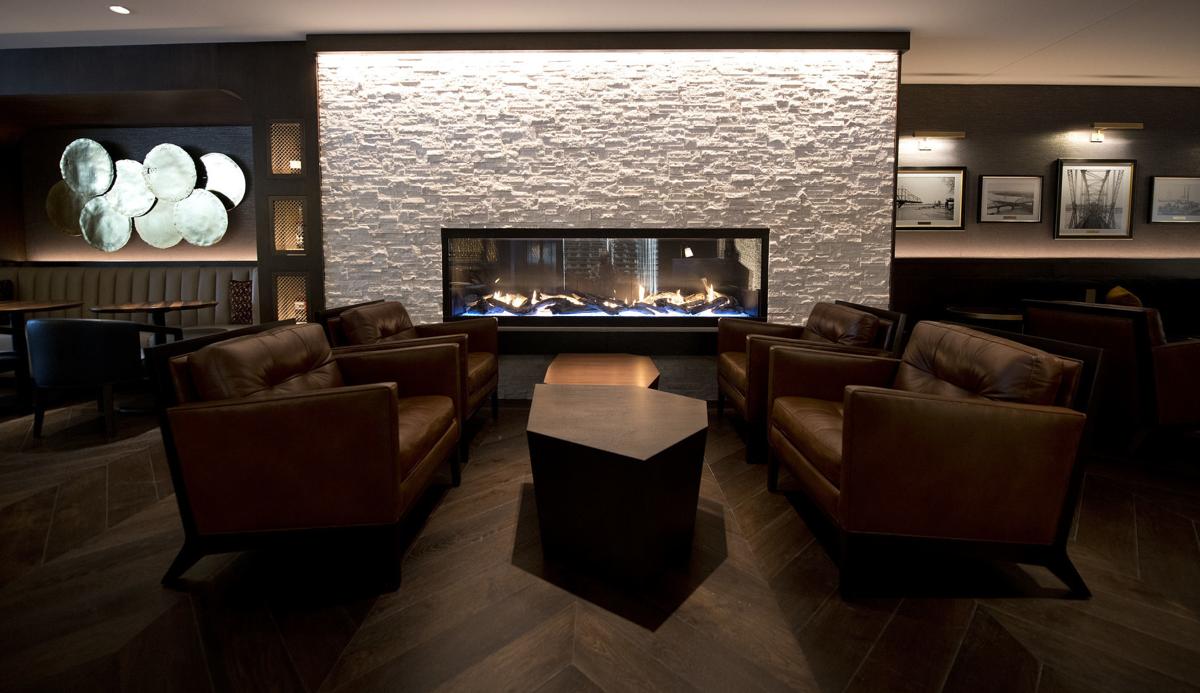 Soft, club-style seating is shown in the bar area at Kahill's Chophouse inside the Delta Hotels by Marriott South Sioux City Riverfront in South Sioux City. The upgrade is art of a multi-million dollar renovation performed at the hotel that was formerly known as The Marina Inn. The 385 East Fourth St. facilities became a franchisee of Marriott International in 2017.