A lifelong film fanatic who lists "The Graduate" (1967) as a personal fave, Tom Schoening says he longs for the days when movies made you feel good about yourself after the flick stopped playing.

"I love movies," the veteran newspaper editor and retired truck dealership marketing director said. "But I don't love the sex and the violence you see in so many Hollywood movies nowadays."

This is why Schoening founded the Siouxland Inspirational Film Festival, which will features positive, uplifting and thought-provoking short-subject movies from local directors as well as from across the country and around the world.

The 11 selected films, which are between 3 and 15 minutes in length and run the gamut from drama to news-style documentary, will be shown from 6 to 10 p.m. Friday and Saturday at the Bishop Heelan Catholic High School Auditorium, 1231 Grandview Blvd.

The first part of the family friendly program will consist of the screening of the films as well as a Q&A portion with the directors and moderated by Schoening, along with the voting of the audience's favorite selection.

Following an intermission, the 2018 feature-length movie "I Can Only Imagine" will be shown. It traces the inspiring true story of Bart Millard, head singer of the American contemporary Christian group MercyMe.

Featuring an all-star cast that includes Dennis Quaid, Cloris Leachman and Trace Atkins, "I Can Only Imagine" is one of the highest-grossing movie biopics in Hollywood's history.

This was a pitch that struck a chord with the social committee of Mater Dei Catholic School, the film festival's official sponsor. It also made sense to James Kunz, Heelan's band director, who will be helping out with the technical aspects of the program.

A 2007 Heelan graduate, Kunz actually has a bit of film acting in his background. He appeared in a student film made by his high school classmate Patrick Bottaro, who is now a Los Angeles-based writer.

Schoening's own involvement with film occurred behind the camera and was strictly related to work.

"I started making videos for work and posting them on YouTube," he said.

Even after retiring in 2017, Schoening is still interested in video.

Plus he's encouraging other budding director wannabes to discover their inner Spielberg.

It also set a good precedent for a second year of the Siouxland Inspirational Film Festival.

Behind the lens with director Mike White

Mike White didn't envision "The Ghost in Her" as a movie.

Instead, the Wayne State College film professor thought the slice-of-life take of a cynical rebel coming to terms with a past girlfriend had the makings of a great short story.

A prolific writer, White quickly turned it into a fun read.

Faced with the challenge of producing a film for his program, White dusted off his short story, expanded it a bit, and the 13-minute-long "The Ghost in Her" has been a hit on the Midwestern Film Festival circuit ever since.

Its appearance at the Siouxland Inspirational Film Festival will mark the film's ninth festival showing.

Are people still surprised that movies are actually made in Siouxland?

"They are. That's because filmmaking is much more common in Central and Eastern Iowa than it is in Western Iowa. You have to remind folks that we're still here."

"It does. When I was going to college (in the early 1990s), movies were made in Los Angeles and that's it. Technology has changed all that. Add the proliferation of Netflix, there's a big demand for product that can be made outside of the major market and without big budgets."

So has the film festival circuit, I imagine. Filmmakers can market their films without the need of a major studio.

"They can. That is why the Siouxland Inspirational Film Festival can prove to be a good training ground for film students. They can learn how to act, how to dress and what a film festival is really like. Filmmaking used to be nothing but a dream. Now, it is becoming more viable to more people."

Here are the 11 short movies chosen for the inaugural Siouxland Inspirational Film Festival:

The Death of a Tooth Fairy, 16 minutes

The Ghost in Her, 13 minutes

Sioux City students get a behind the scenes look at moviemaking 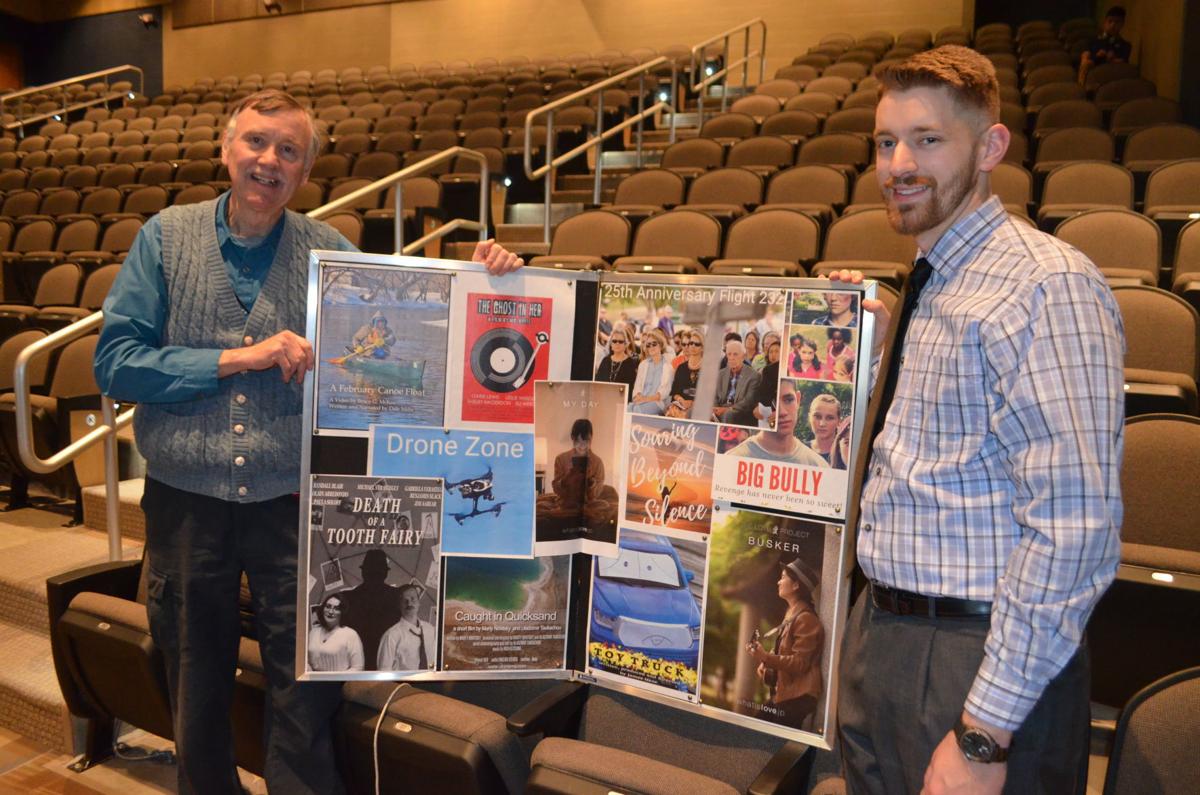 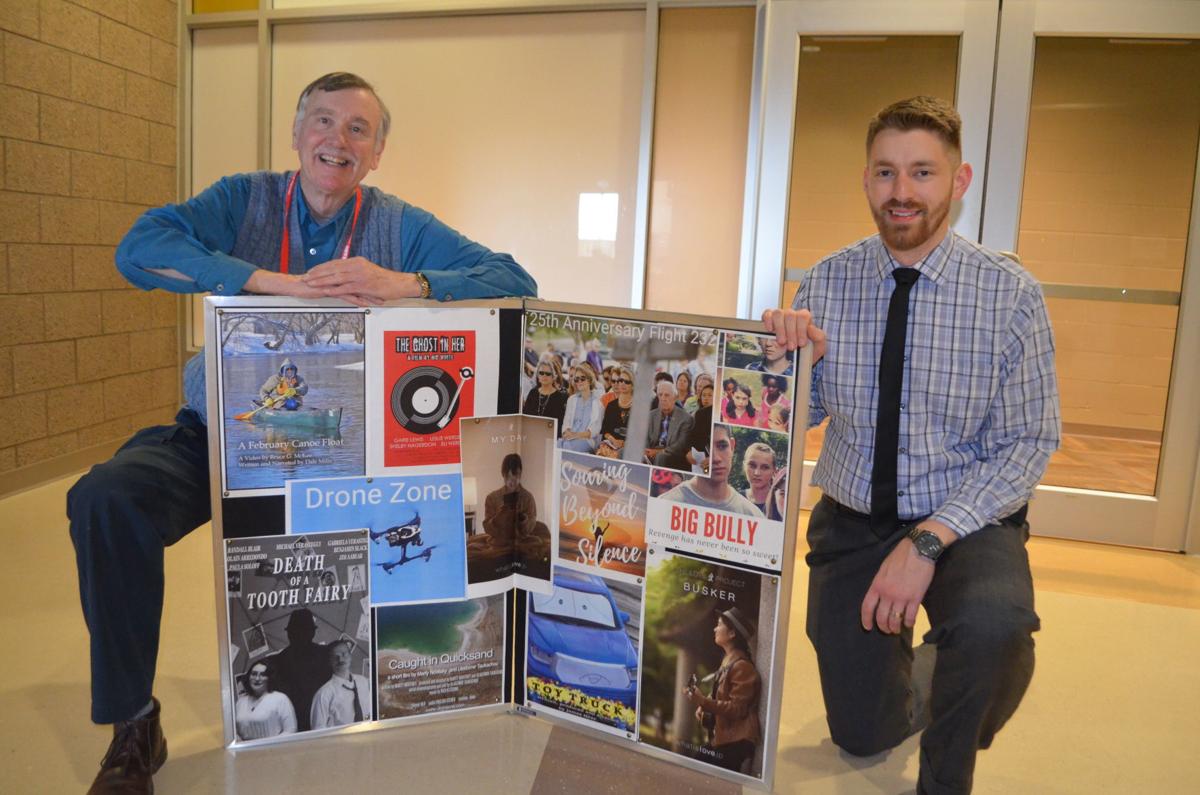 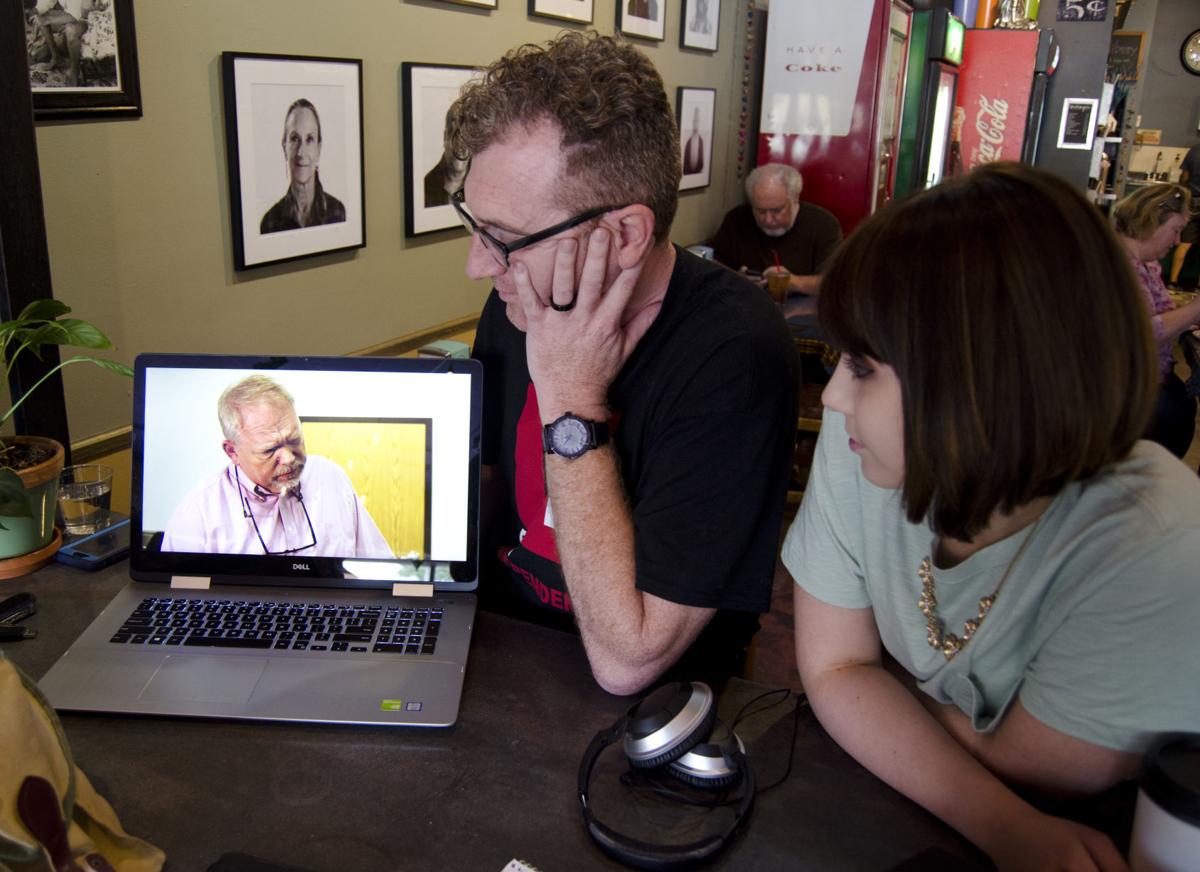 Filmmaker and teacher Michael Gerard White and actress Shelby Hagerdon look at a laptop with Tim Hess, an actor in "Ever Fallen," a feature-length film by White. White's short subject movie "The Ghost in Her" will be featured at the Siouxland Inspirational Film Festival.