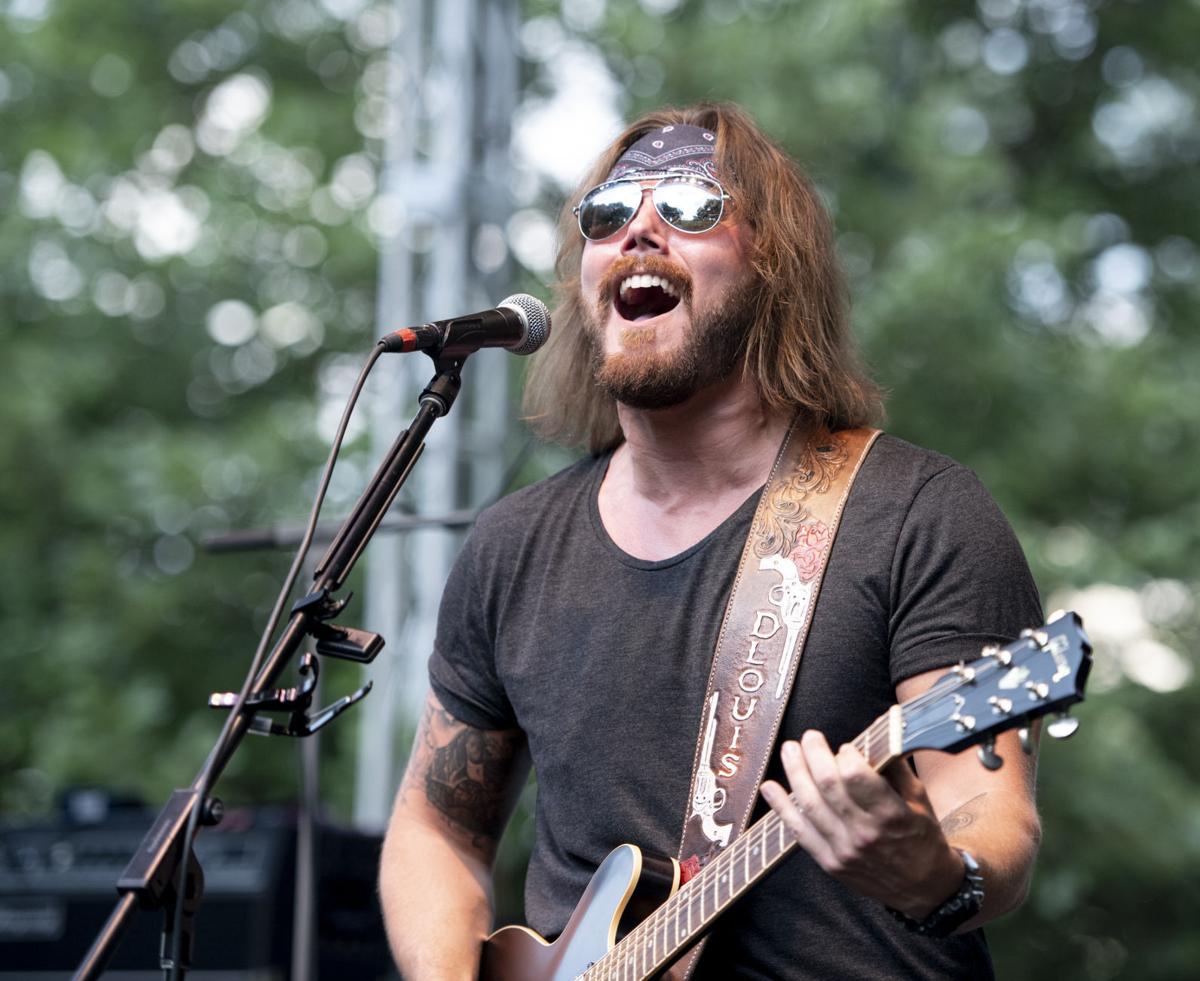 Dane Louis performs on the Abe Stage at Saturday in the Park. 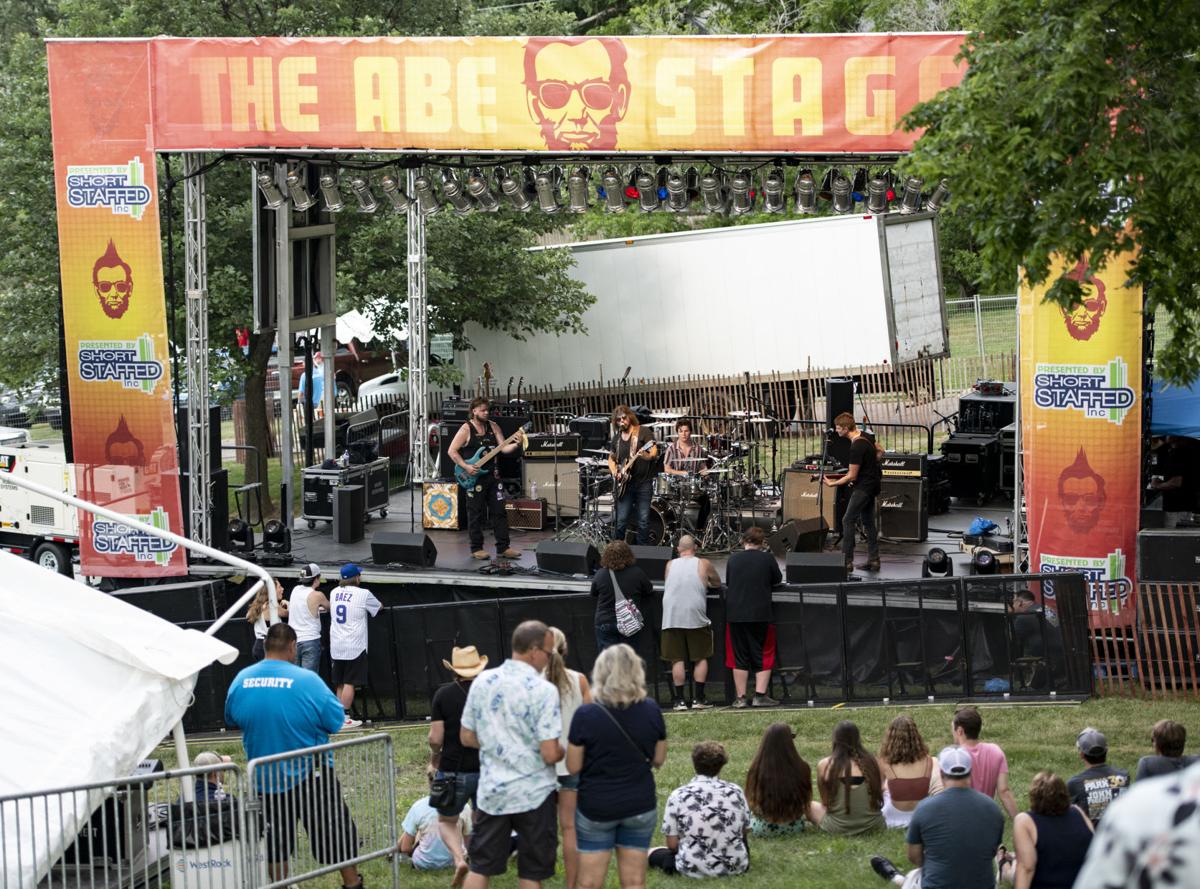 The Dane Louis band performs on the Abe Stage during Saturday in the Park July 2. 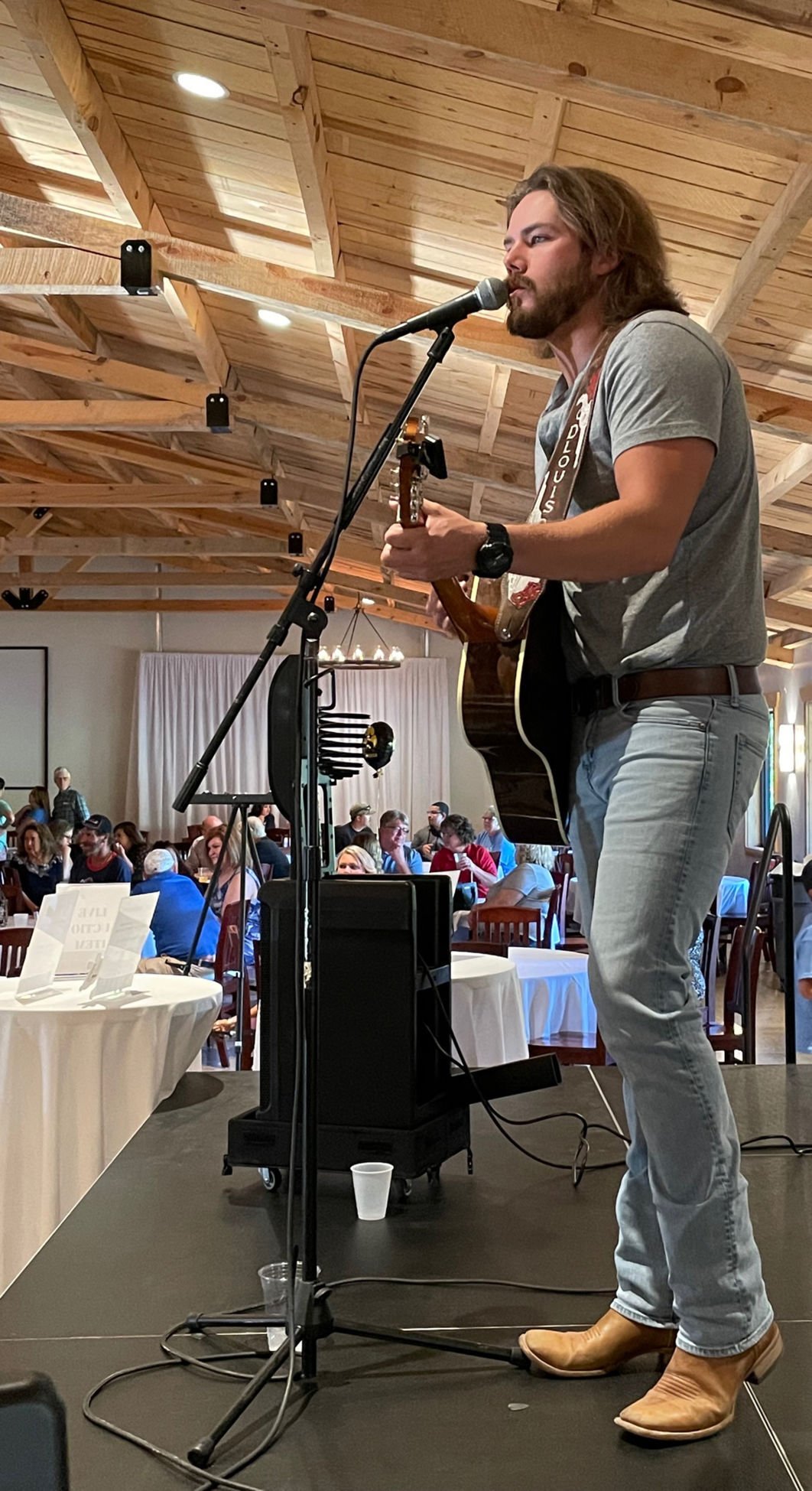 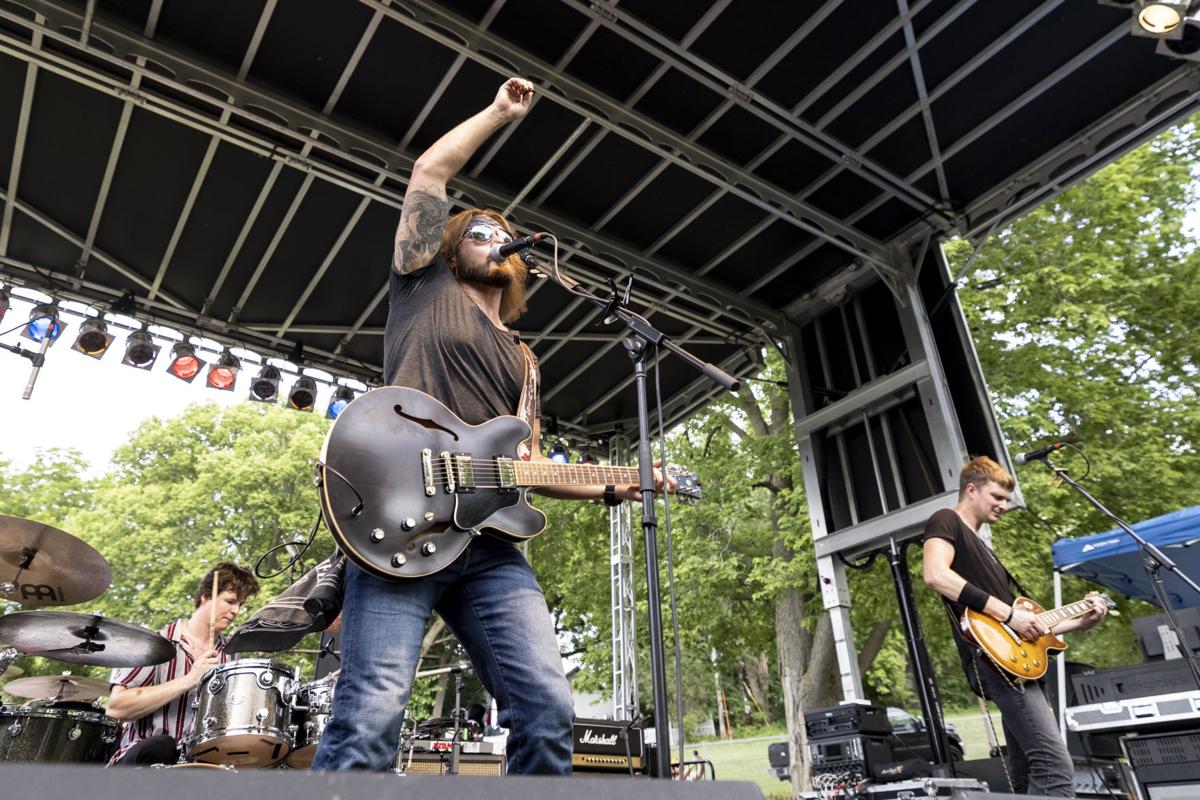 The Dane Louis band performs at Saturday in the Park. 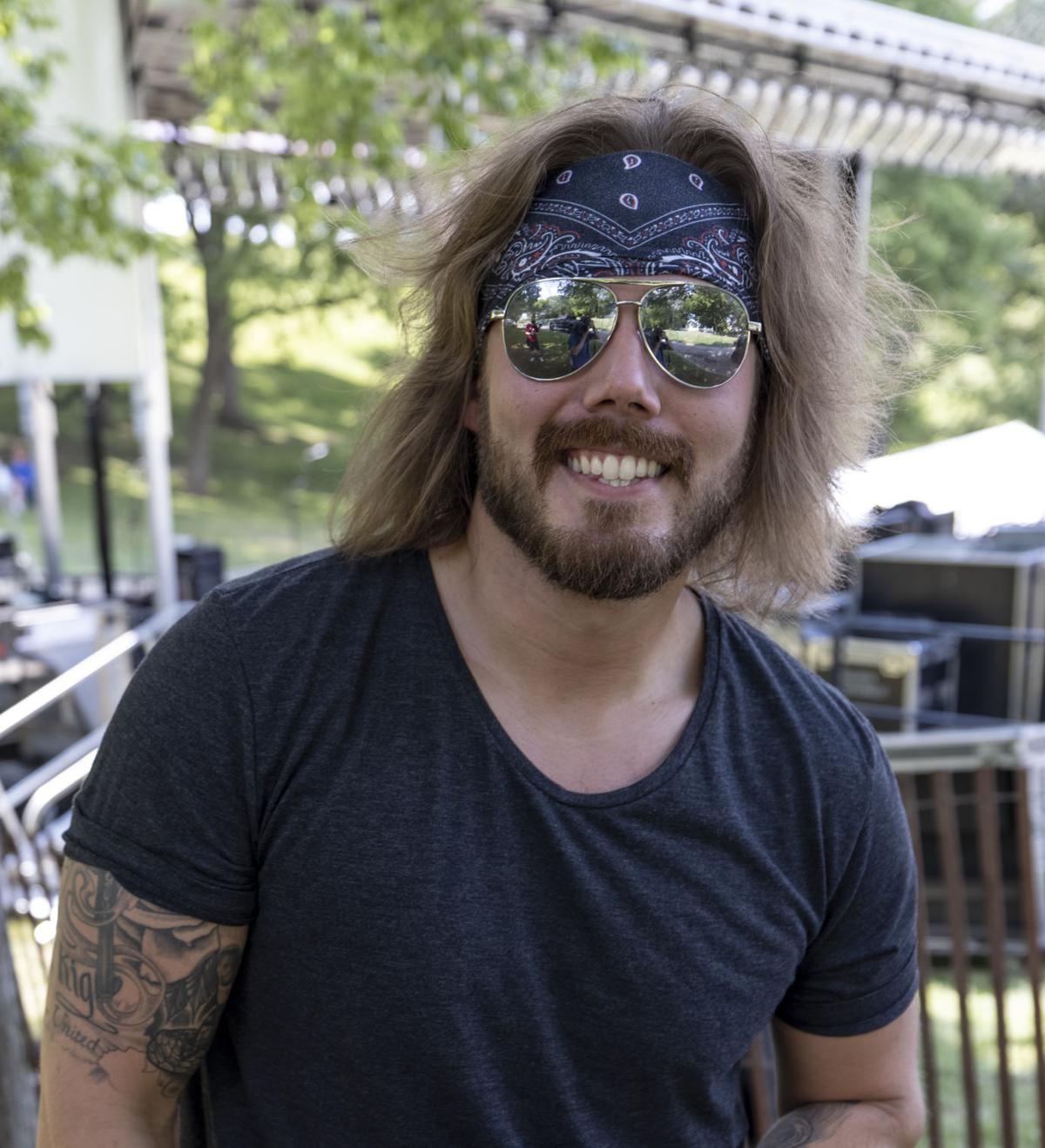 Dane Louis prepares to perform at Saturday in the Park. 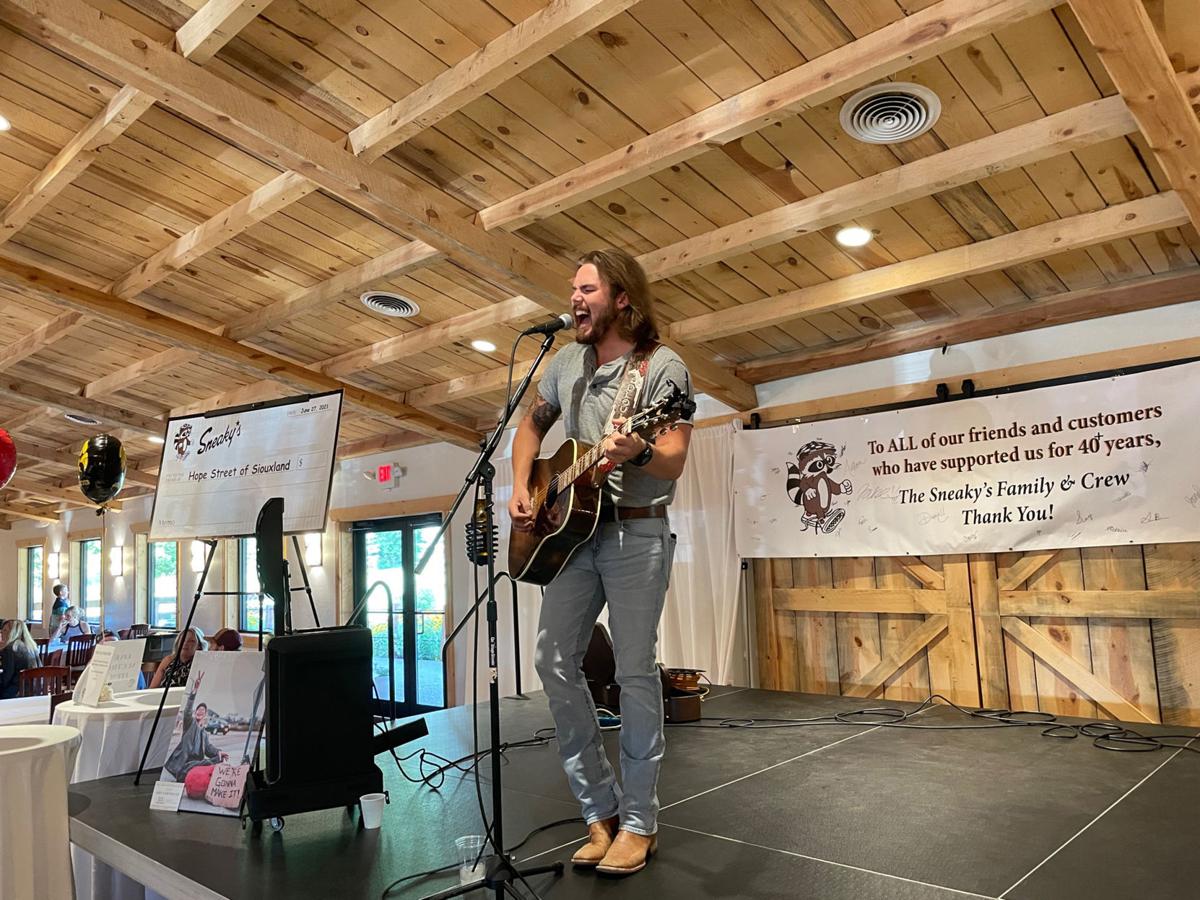 Dane Louis entertains at the Sneaky's fundraiser for Hope Street.

Before he became a full-time musician, Dane Louis worked as a finish carpenter.

But after three years, it wasn't the lifestyle Louis wanted for himself, so the 23-year-old country singer from Sioux City quit his day job to focus solely on music.

"It wasn't doing it for me cause I wasn't able to play shows on the weekends or anything like that," Louis said.

"It's been one of the most rewarding decisions I've ever made."

And what a decision it was for Louis, who just came off one of the biggest live gigs of his career, playing the Abe stage at Saturday in the Park.

"We (were) so stoked to be playing this this year, especially after last year," Louis said.

Last year proved to be a tough year for Louis, as the pandemic limited the amount of live gigs Louis and his band could play. At that point Louis spent last year playing any gig he could find just to make money.

"last year it was kind of any gig was a good gig because you could get paid," Louis said.

"I played a girl's 21st birthday party last year just to play something."

Since then, he has been quite busy, performing at a Hope Street fundraiser and a gig at Beer Can Alley in addition to the SITP spot.

Louis and his three-member band will be moving to Nashville, a move they had planned to make last May that got derailed because of the pandemic.

"I was going to be gone by now," Louis said. "But no sense in going somewhere where nothing's going on."

But nothing's keeping Louis and his band from Nashville now, planning to leave later this summer.

"That's the plan, man," he said. "Got a lot of good friends out there, a lot of good writers and good people that we know out there. And it's a really awesome welcoming community."

It may prove to be a career defining move for Louis. A city known as "Music City U.S.A." and "the country music capital of the world," Louis understands the amount of opportunities that Nashville can provide him.

"Basically just make the dream happen," he said. "Just get ourselves set up in a way that we can do this for a living and be more proud of it than we already are."

Louis knows quite a bit about music. He has played guitar for more than half his life, picking it up at 10 and performing at local bars in his teens. Since then, he's been working on his own sound.

He describes his music as a bit grittier than what is heard on the radio now.

Which makes sense considering his influences come from artists like John Mellencamp and Eric Church. He considers songwriting a strength of his as a musician, drawing from his influences and the relatability of their music.

"For me, it's all about the songwriting," he said. "And it's the storytelling aspect of all that. That's what really makes music speak to people."

As far as what the future holds for Dane Louis, he didn't want to guess and possibly jinx himself. He just hopes to continue making a living off his music and have fun along the way.

"I hope we still just get to do this," he said. "I hope it's the same group of guys and that we're all having as much fun then as we are now."

REVIEW: John Fogerty showcases the past at SITP; Trombone Shorty points to the future

Versatility was the name of the game at the second night of Saturday in the Park.

WATCH NOW: Saturday in the Park 2021 thus far is 'fantastic' and 'beautiful'

Dane Louis performs on the Abe Stage at Saturday in the Park.

The Dane Louis band performs on the Abe Stage during Saturday in the Park July 2.

The Dane Louis band performs at Saturday in the Park.

Dane Louis prepares to perform at Saturday in the Park.

Dane Louis entertains at the Sneaky's fundraiser for Hope Street.