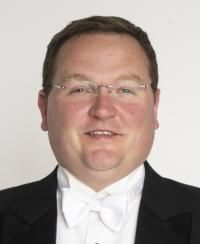 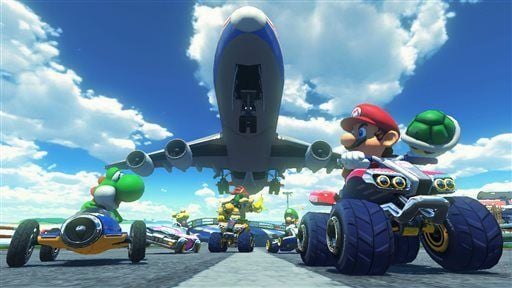 This file photo provided by Nintendo shows a scene from the video game "Mario Kart 8."

SIOUX CENTER, Iowa -- Great orchestral music has been written to immortalize brutal battles between nations as well as tender melodies between lovers.

But has a university mass band and chamber orchestra ever tackled music written that depicts the exploits of a portly plumber named Mario, his younger brother Luigi, and the goings-on in the fictional land of Mushroom Island?

Well, Dr. Onsby C. Rose, director of instrumental ensembles for Dordt University, will soon find out. He and student members of Dordt's orchestra will be presenting a pops concert at 7 p.m. Sept. 10 at the B.J. Haan Auditorium.

In a concert titled "Video Games Live," Rose and his fellow musicians will perform music that was originally written for such video games as Halo, Civilization V and, even, Super Mario Brothers.

"At the end of each academic year, we always ask our ensemble members to vote for a theme they wanted to feature in our first pops concert of the new school year," Rose explained. "In past years, students have voted Broadway musicals or film soundtracks as themes."

"This year, the students voted for a video game-themed concert," he continued with a chuckle. "It wasn't a close election."

That proved to be challenging for Rose, who was more of the old-school era of Atari-made games than those from Nintendo.

"I guess I wasn't as knowledgeable about video games or their themes as my students," he said. "I know I wasn't up to date."

While preparing this pop playlist, Rose leaned on the recommendations of students as well as his own five, X-Box-savvy children.

Well, he quickly discovered video game music is a lot shorter in length than music produced for Broadway or movies.

"The music is shorter, so we have to pack more into the show," Rose said.

But much of it was surprisingly good.

"Back when I was younger, video games really didn't have much in terms of production values," Rose said. "Now, they're nicer to look at and have original music that is pleasant to listen to."

Indeed, video game music is probably as well-known to his students as a Beethoven piece would be to him.

"They've grown up on video games," Rose said. "It is comforting to them."

Which is important for incoming freshmen who are just acclimating themselves to college life.

But it is also nice for audiences, who've been missing out on pop concerts.

"Last fall, our pop concert featured the music of (famed composer) John Williams," Rose explained. "Due to COVID-19 restrictions, we had to perform it at the De Witt Auditorium, which allowed for plenty of social distancing."

However, this year's pop concert will return to the 1,700-seat B.J. Haan Auditorium, its longtime home.

Even better, concertgoers will be allowed to dress up as their favorite video game character in order to get into the spirit of things.

"Our first concert of the school year is always fun and, hopefully, gets everybody in a good mood," Rose said.

While he is unlikely to become a late-to-the-party gamer, Rose said he does have an appreciation for video game music.

"It helps to set the mood and match the action," he said. "Some of it is very nice."

This file photo provided by Nintendo shows a scene from the video game "Mario Kart 8."