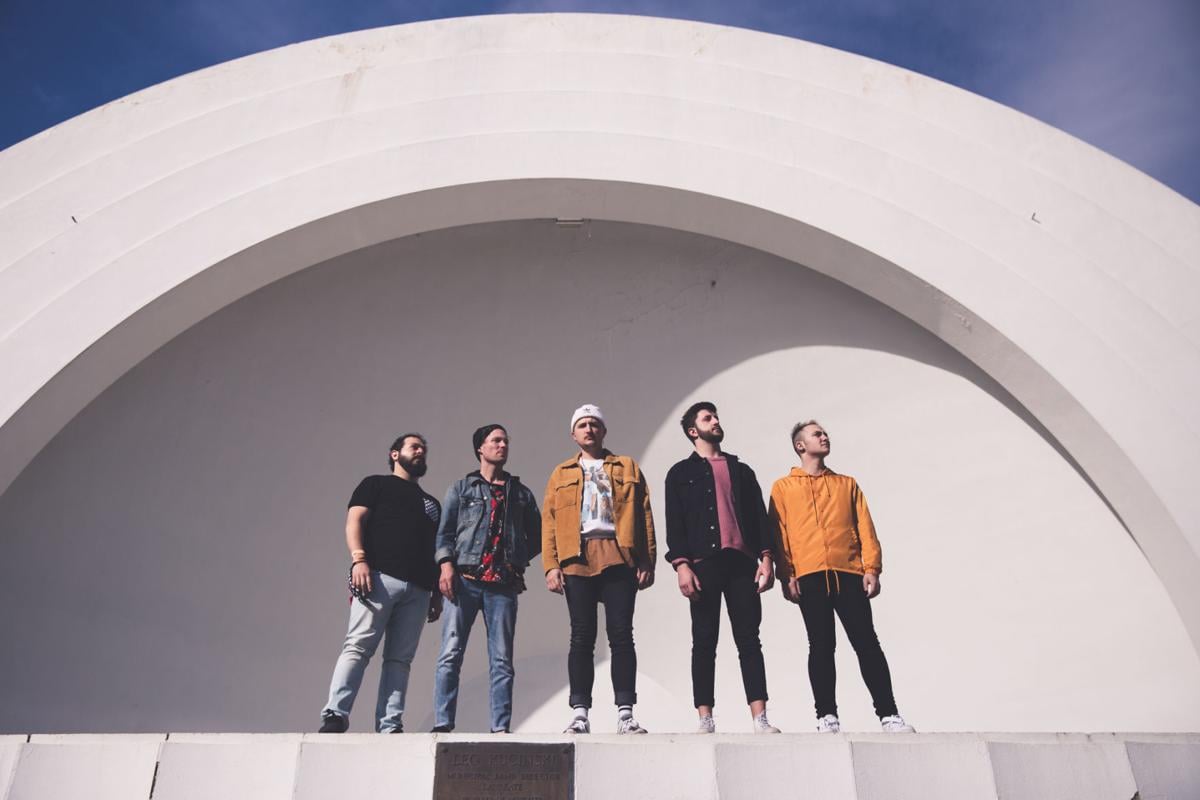 Sioux City native Kendall James Wingert (middle) said it is a dream for his band Neon the Bishop to play Grandview Park during Saturday in the Park. 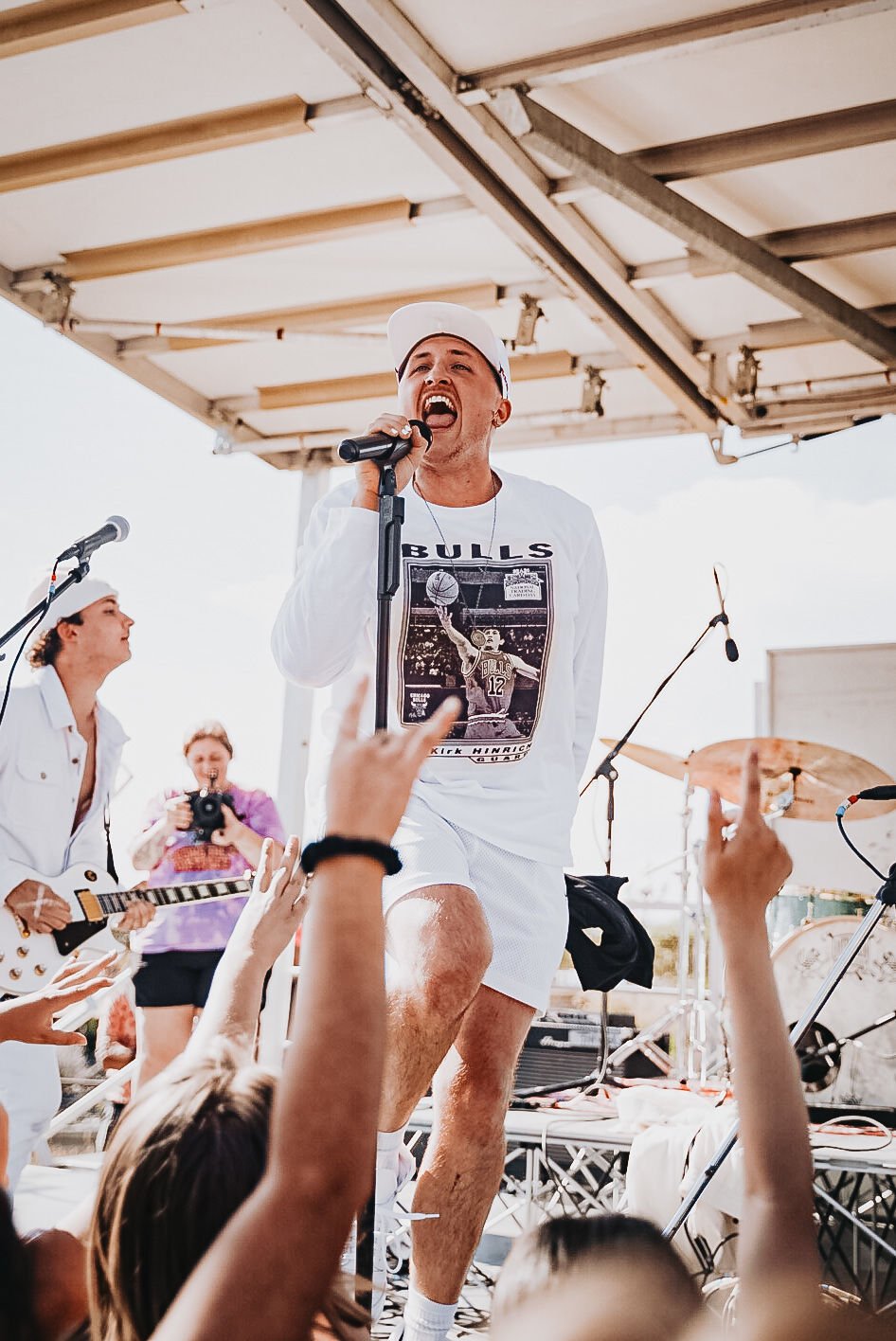 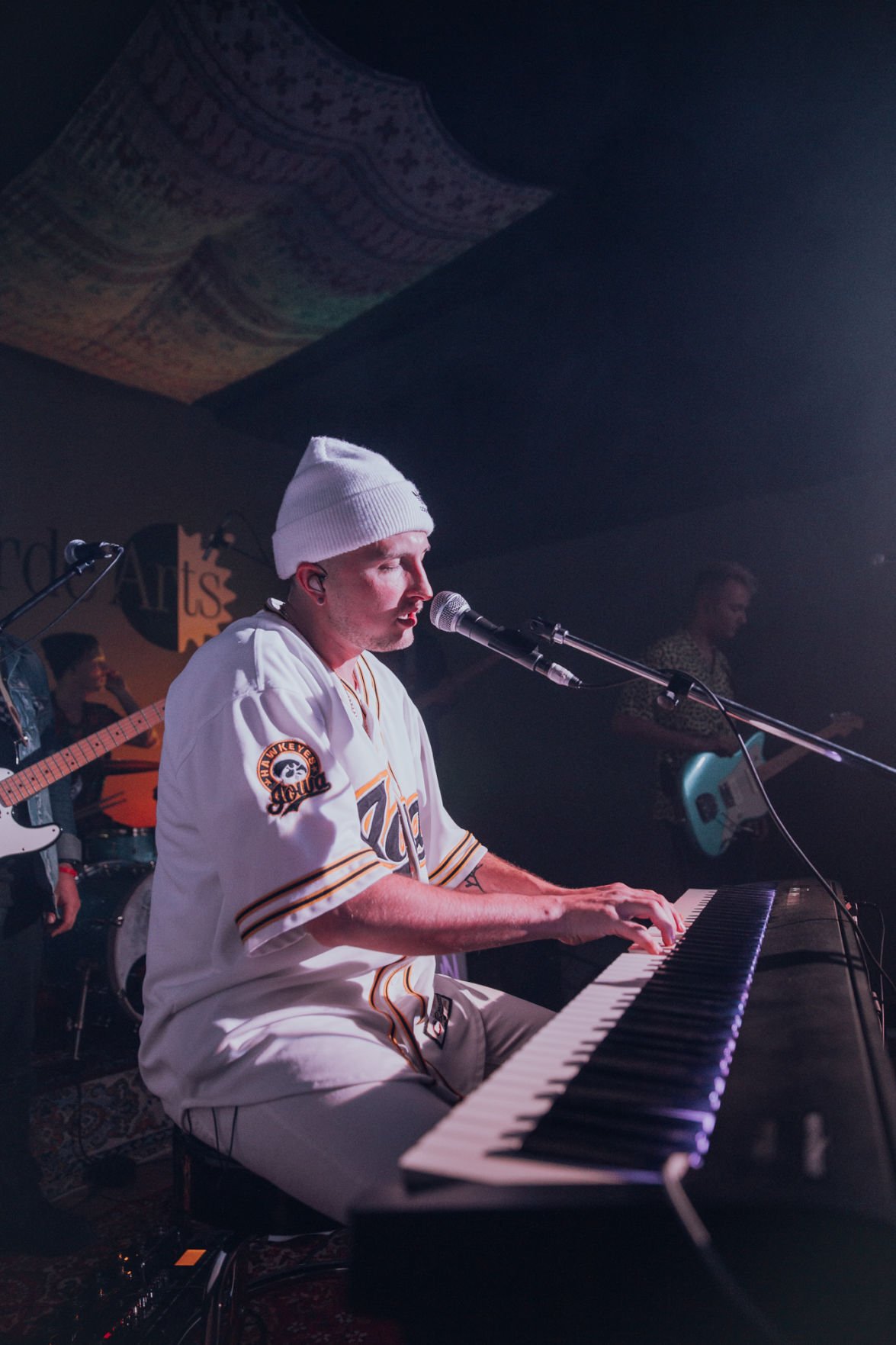 Nobody knows the complete story of Neon the Bishop, other than he is a fallen clergyman who wears a Liturgical headdress adorned with the letter N.

Oh, did we forget to mention that Neon's head is actually a skull?

"Neon's story is an ongoing one," Kendall James Wingert, a former Sioux Cityan, explained. "Neon is currently on a journey he refused to take when he was still alive."

He is the namesake and alter ego for Wingert's five-piece indie band.

Neon the Bishop's latest single, "Wasted City," will be available at neonthebishop.com on Sunday.

"We actually came up with the band's name by accident," he said. "We were on an online band name generator and found two words that we liked. 'Neon' and 'Bishop.' We incorporated by both words by creating the character who was in a very dark place but wanting a second chance."

Wingert knows a thing or two about second chances.

Growing up in Sioux City, he either wanted to be an NBA star like Kirk Hinrich or the sixth member of the Backstreet Boys.

"My mom really thought I had what it takes to be in a boy band," Wingert said with a laugh. "I had different ideas."

Deciding to focus on his musical ambitions, he began fronting local bands.

"All of my bands followed a pattern," Wingert said. "They'd begin to pick up a following or receive some acclaim. Then, my insecurities would come out or my pride would get the better of me."

After attending Western Iowa Tech Community College for a year, he continued his education at Ozark Christian College, in Joplin, Missouri.

Eventually, Wingert and his wife Elizabeth settled in the Denver area, where they are raising their 5-year-old daughter Jupiter.

Wingert said it felt great to be playing music again.

"The difference is, as a group, we were connecting beyond just music," he explained. "It felt different this time. It felt really special."

That was when Neon the Bishop was born.

Since then, Wingert's group has been playing shows around Denver and releasing singles like "Ignite," "Going the Distance" and "A Death Full of Life."

Indeed, Neon the Bishop has a sound that comparable to Twenty-One Pilots while Wingert's booming voice draws comparisons to Freddie Mercury's from Queen.

During the height of the pandemic, Wingert and his band concentrated on writing music, adding more chapters to the life-after-death story of Neon the Bishop.

"Neon is meant to inspire and encourage people in the darkest of places," he said.

The fallen bishop also sheds a light on the prospects of second chances, which resonates with Wingert.

"I'm a bit older and a bit wiser but I'm still living my dream," he said.

Phil Newby, who worked at A Gordon's Jewelry & Loan for 30-plus years, previously kept his records, posters and promotional material on the pawnshop's wall.

Sioux City native Kendall James Wingert (middle) said it is a dream for his band Neon the Bishop to play Grandview Park during Saturday in the Park.