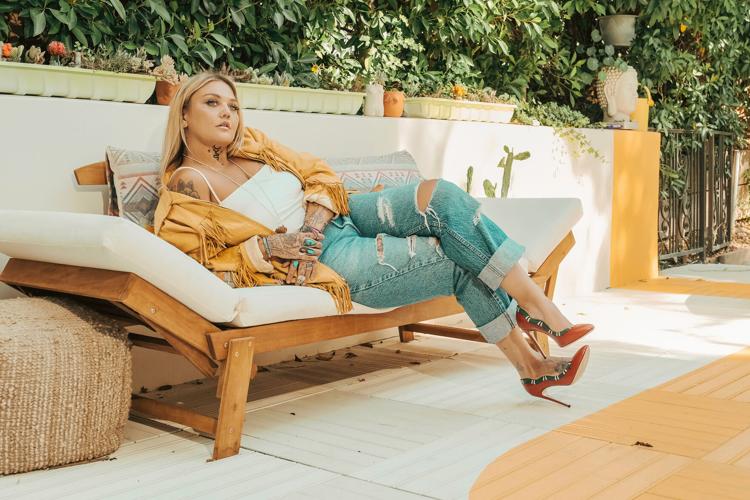 Best known for her rootsy-retro hit "Exes & Ohs," singer Elle King will be on Saturday in the Park's Main Stage on July 2. 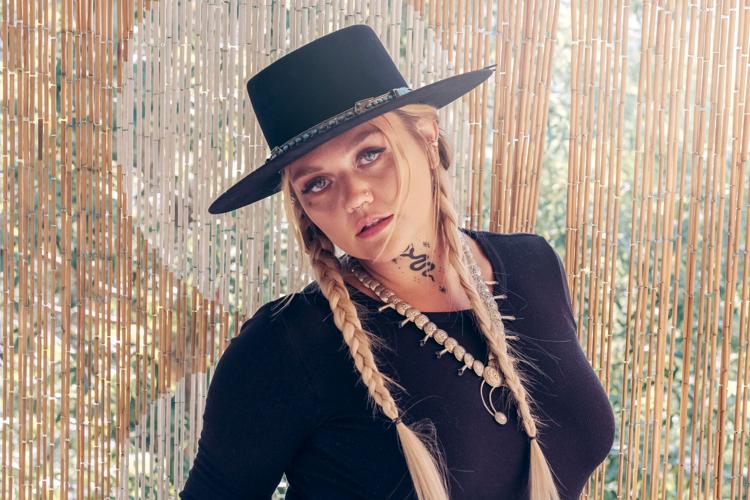 Although she's found success in other musical genres, Elle King said she found her creative voice in country music.

That's because she has a musical style that encompasses everything from rock, soul, country and blues.

Which may be surprising since King, the daughter of comedian Rob Schneider ("Deuce Bigalow: Male Gigolo") and model London King, doesn't look like much of a country girl.

Even though she was born in Los Angeles and spent her teen years between New York and Philadelphia, King also lived in Ohio, where her stepdad gave her a record by the legendary all-female punk group The Donnas.

By the time she turned 13, King started playing guitar while listening to everything from Aretha to Al Green to AC/DC.

"As a very little girl, I was totally into soul, hip-hop and disco," she explained. "Growing up, I appreciated any music I could get my hands on."

While her initial forays into music walked a fine line between crunchy rock and roll as well as swinging soul, King insisted country is the genre where she felt the most creative.

"Why country? Because it's badass, that's why," she answered with a husky laugh.

Having said that, King's coming out as a country singer hadn't always been a smooth one.

"My first experience in Nashville was when I was in my mid-20s," the now 32-year-old remembered. "They pretty much chewed me up and spit me out."

King said this was because producers viewed her as a "pretty girl" and not as a serious singer-songwriter and musician.

"Is it tough to be a woman in a music industry?" she asked. "Yeah, it's getting better but it can get rough when you don't fall neatly into any perceived cookie cutter category."

Still, King admitted she was the one who always stood in her way when it came to success.

"Artists are usually their own biggest hurdles," she said. "Guess I'm no different."

Yet during COVID, King did the most creative thing she could do.

"I had a baby and he was born in September 2021," she explained. "When the music world -- and everything else -- came to a screeching halt, I brought a new life to my life."

Since then, King has been writing more music and returning to touring. And, she sprained her ankle.

"I may be on crutches at Saturday in the Park but I'll be ready to rock," she said with a chuckle. "That is, if I broke anything else in the meantime."

We may have inadvertently punk'd Eric Owens during a phone interview with the Black Pistol Fire drummer before the band's Saturday in the Park performance.

Describing their sound as "backyard BBQ breakup music," the band created music that was soulful and relatable.

Four records in two years, a successful series of tours plus having their song "Break My Fall" land on the cult Netflix animated series "Bojack Horseman" helped to put Doc Robinson on the map.

Puddle of Mudd's Scantlin reflects on staying busy during COVID, getting banned from Graceland

No cigarettes, no drinking and no drugs.

Best known for her rootsy-retro hit "Exes & Ohs," singer Elle King will be on Saturday in the Park's Main Stage on July 2.

Although she's found success in other musical genres, Elle King said she found her creative voice in country music.