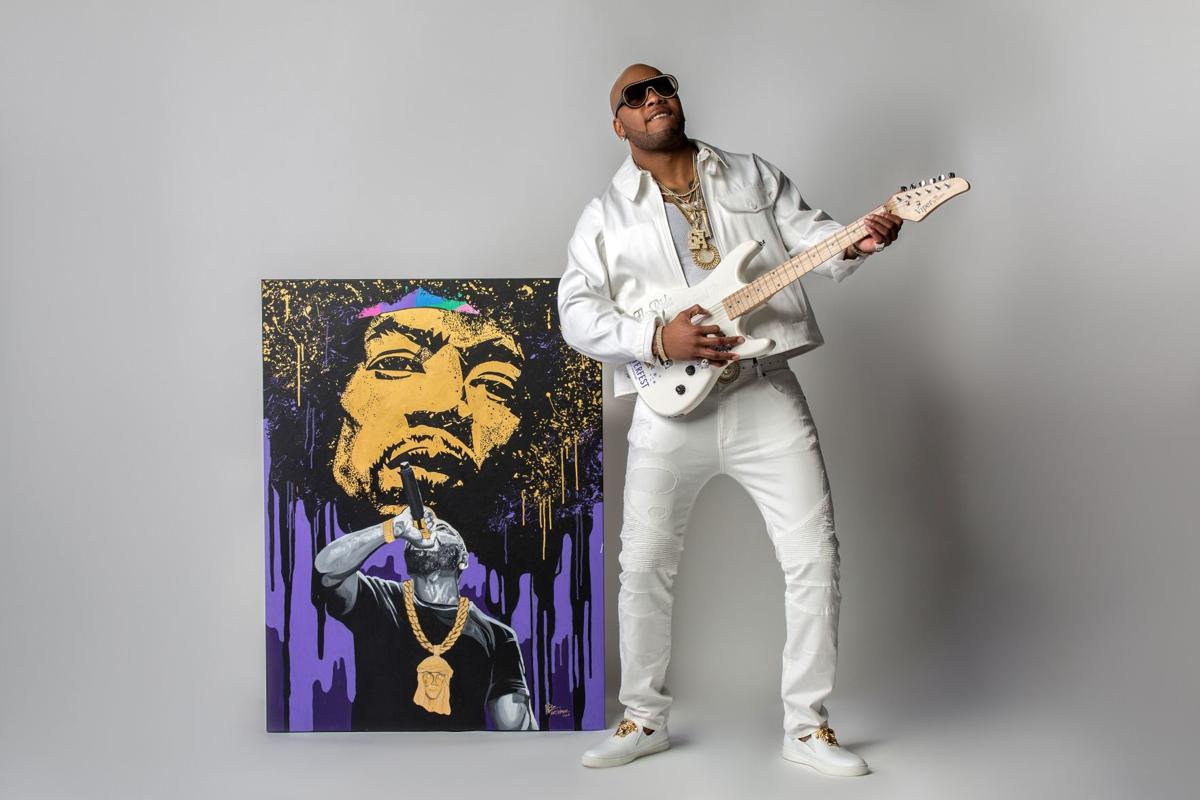 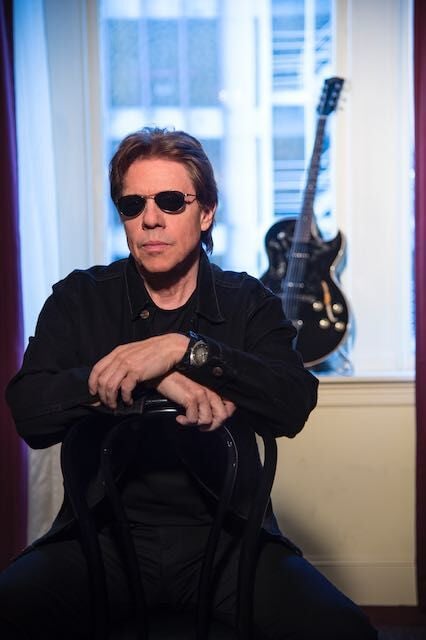 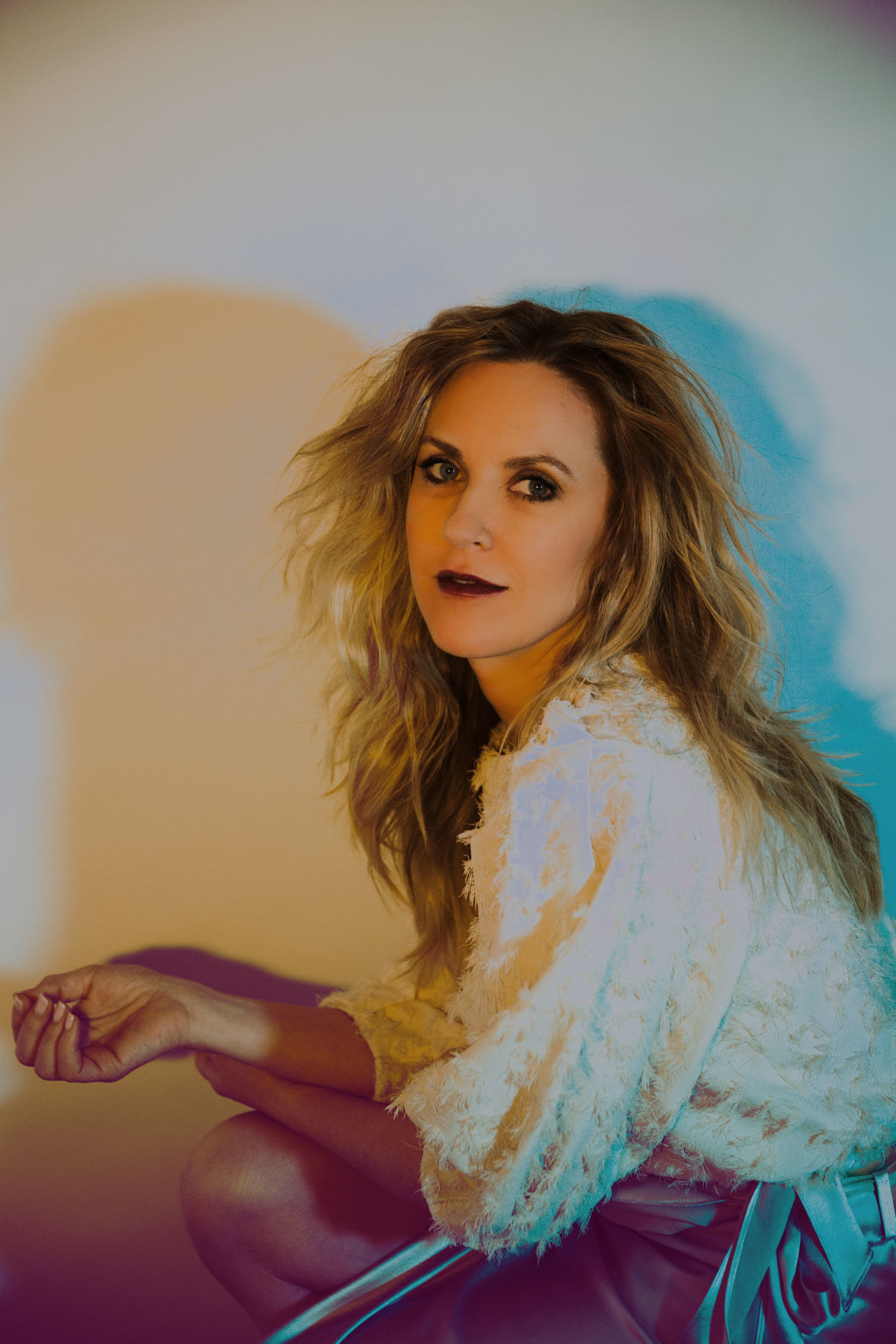 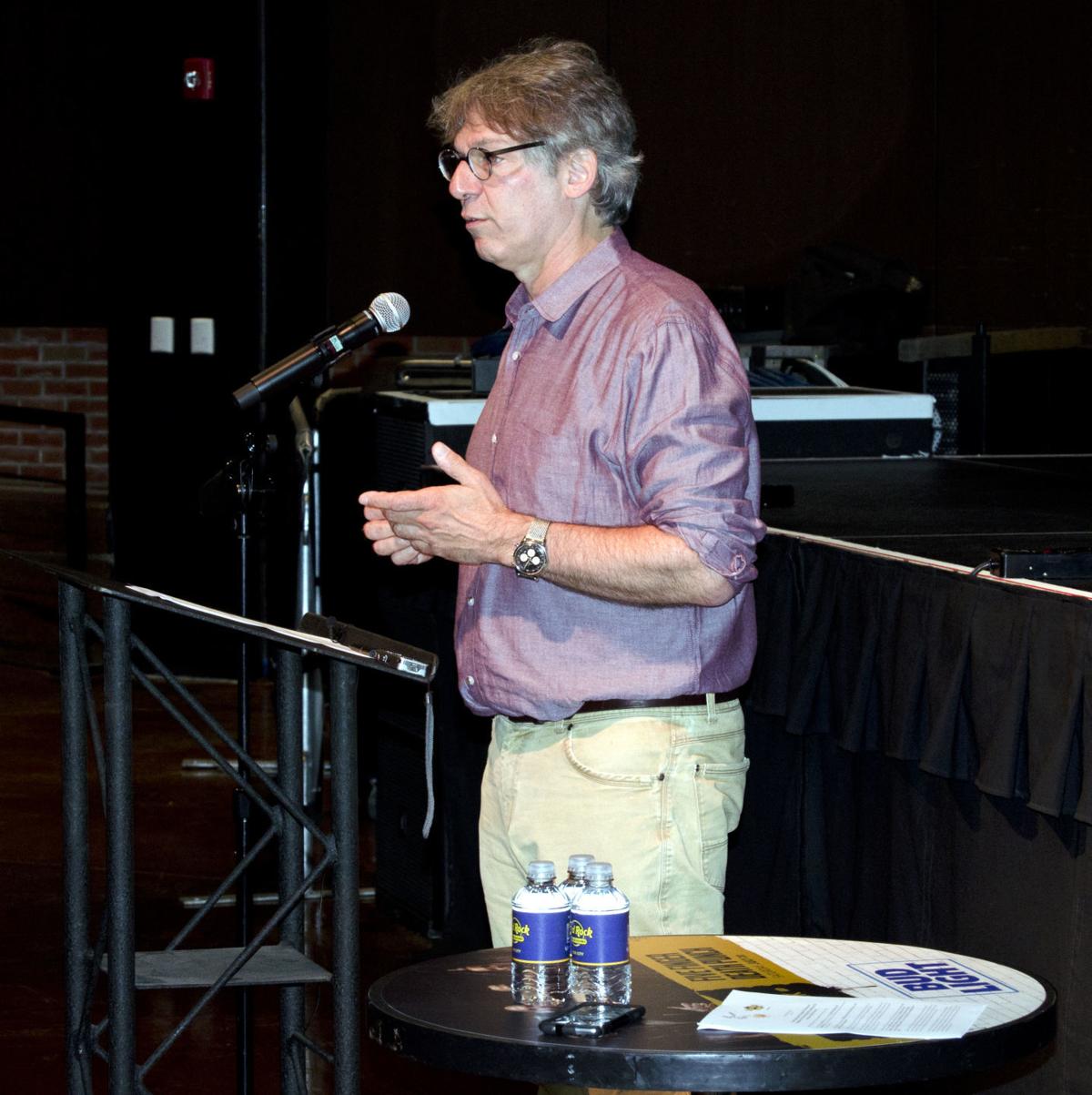 David Bernstein, co-founder and head of Sioux City's free music festival Saturday in the Park, addresses the press as he announces the lineup of this year's festival. 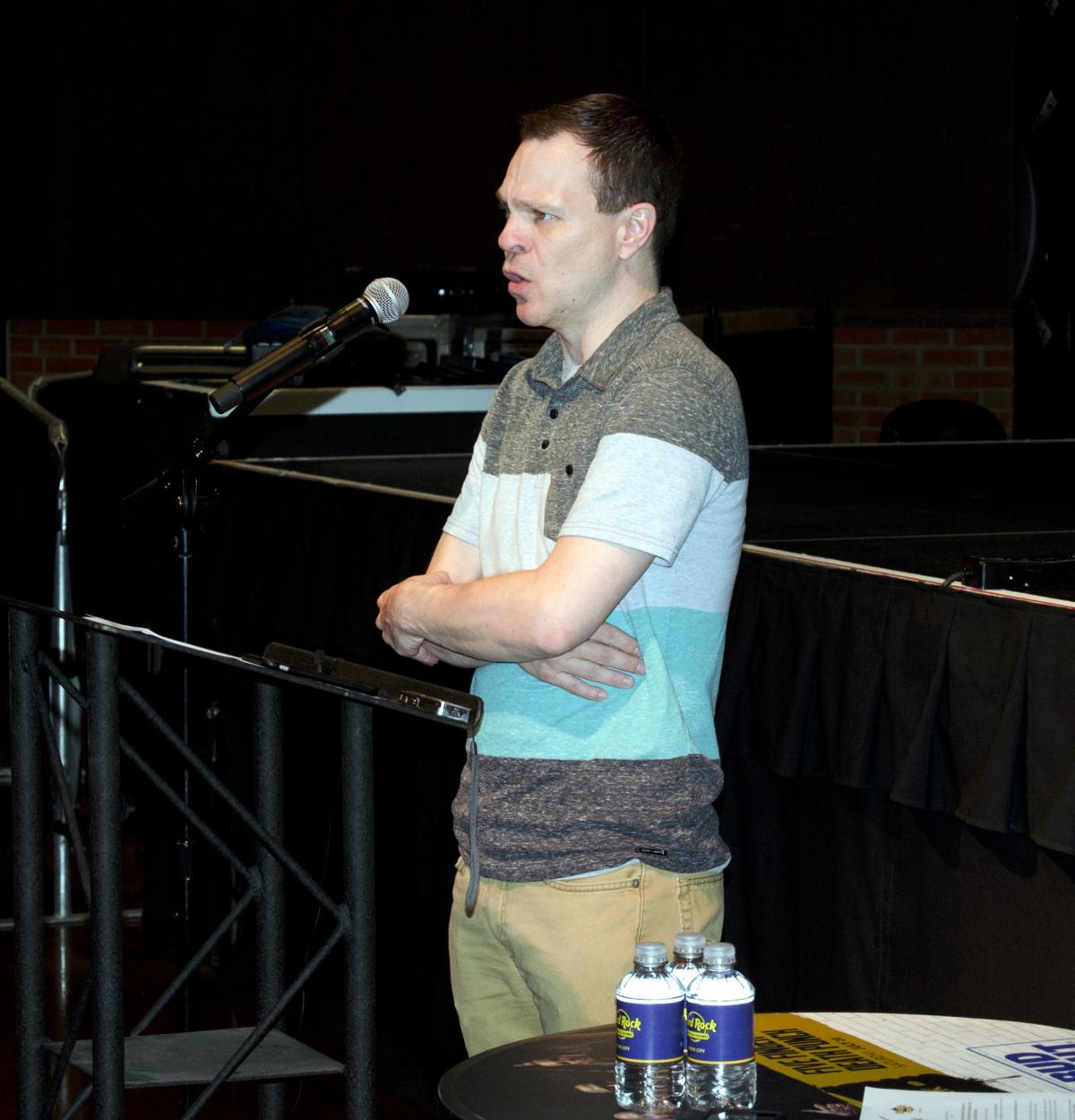 Jason Reinert, co-leader of the Abe Stage at Saturday in the Park, addresses the press as he announces the lineup of this year's festival.

George Thorogood and the Destroyers and Flo Rida will headline the 29th annual Saturday in the Park.

"We are announcing the lineup a little later than we have in the past, but we are very happy with the lineup; it just took a little longer to get there," said Bernstein.

The genres included in the lineup include rock, blues, hip-hop, country, electronic dance music, reggae and funk, among others. There will also be many local bands playing on both the main and Abe stages.

The festival will kick off at noon July 6 in Grandview Park.

"The opener is still to be announced, but will be followed by Ben Grillet and The Black Bloods, a local group that has been on the scene for a while," he said.

"Grillet will be followed by an up-and-coming country-rock group called Michigan Rattlers. I've seen them a couple times. They have amazing songwriting, especially from dudes who are in their early 20s, the best I can tell.

"Those guys will be followed by Con Brio, who played on the Abe Stage a few years ago and was one of the more talked-about artists that year.

"Liz Phair, an alt-rock singer, will follow Con Brio. Phair has toured with a lot of Chicago artists like the Smashing Pumpkins, significantly."

"Thorogood has been a classic rock staple for many years," said Bernstein. "He is always a great draw and a great time. It will be a great, rocking show and will be a perfect fit for SITP."

"The comments that I've gotten from the people who have seen or worked with Flo Rida over the past years is that he puts on a great show," said Bernstein. "He's a great showman and has a full band. That is first and foremost what we strive for. It doesn't hurt that some of the songs Flo Rida has on Spotify have an excess of 500 million spins."

The Abe Stage (formerly known as the Second Stage) will include performances from students of the Sioux City Conservatory of Music, followed by Winter Wayfarer, Gallivant, Brady Raps/Psychedelic Sidekick, Artificial Stars, Arson City and the up-and-coming Snow Tha Product.

The Abe Stage headliner will be Matisyahu, followed by an electronic dance music party with Truefeelz.

"We are closing out the night with Matisyahu," said Reinert, organizer of the Abe Stage. "He is kind of a reggae, hip-hop artist who mixes in beat-boxing. Finally, a deejay from Colorado called Truefeelz will be playing some EDM he actually produces himself."

Randall Shreve welcomes you to his Sioux City show

Hailing from Fayetteville, Arkansas, musician Randall Shreve performs soul music with a sideshow feel and will be headlining a show at The Mar…

David Bernstein, co-founder and head of Sioux City's free music festival Saturday in the Park, addresses the press as he announces the lineup of this year's festival.

Jason Reinert, co-leader of the Abe Stage at Saturday in the Park, addresses the press as he announces the lineup of this year's festival.