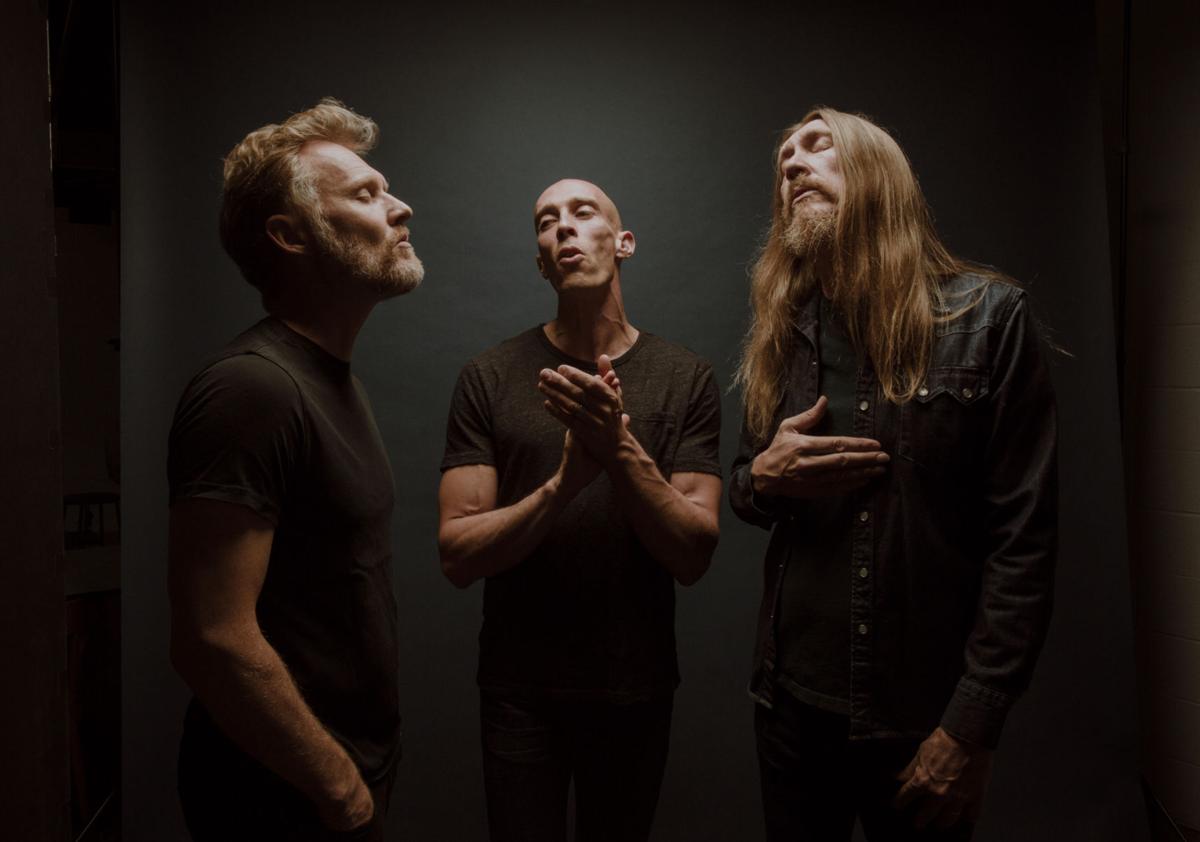 The Wood Brothers will be in concert at 7:30 p.m. Tuesday at the Sioux City Community Theatre. From left, Chris Wood, Jano Rix and Oliver Wood. 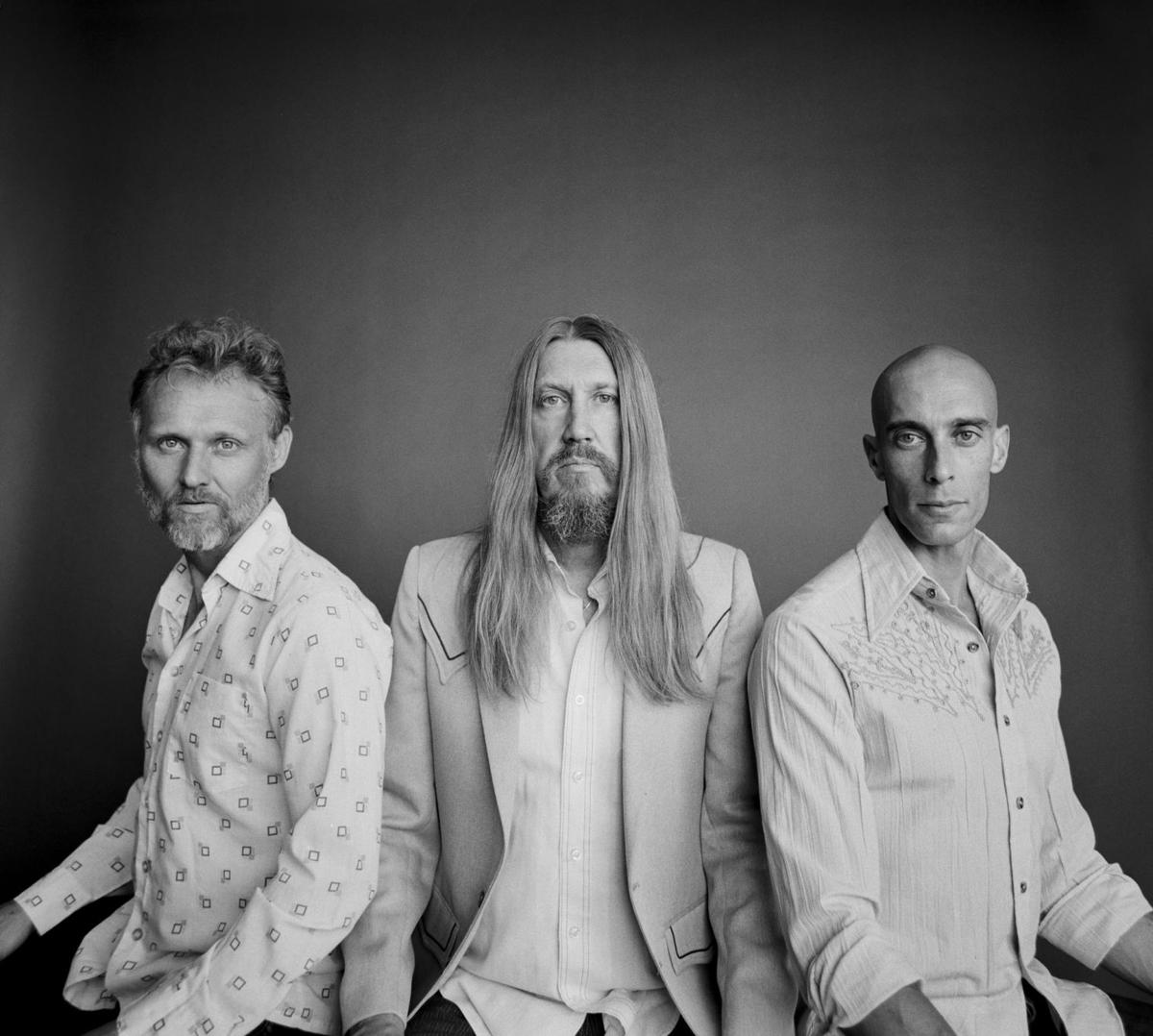 Known for music that combines folk, blues, jazz and Americana, the Wood Brothers will be at the Sioux City Community theatre at 7:30 p.m. Tuesday. 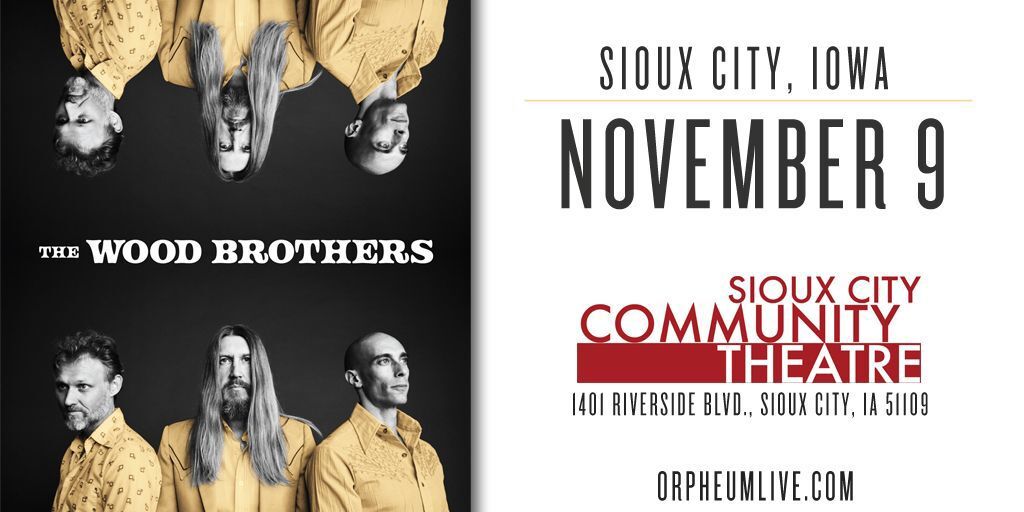 Growing up in Boulder, Colorado, brothers Chris and Oliver Wood learned about Americana music from their dad, a molecular biologist who liked to sing.

Music remained an important part of the lives of the Wood Brothers, however, Chris gravitated toward avant-garde jazz while Oliver favored rhythm & blues.

For nearly 20 years, the Wood Brothers have been performing an eclectic mix that combines folk, gospel, jazz, blues and the rootsy Americana music that their dad taught them many years before.

Best known for their Grammy Award-nominated album, "One Drop of Truth," the Wood Brothers -- along with multi-instrumentalist Jano Rix -- will be appearing in concert at 7:30 p.m. Tuesday at the Sioux City Community Theatre, 1401 Riverside Blvd.

If you ask Oliver Wood, getting back on the road following an extended pandemic-related break has been a relief.

"We had just released an album (2020's "Kingdom in My Mind") and has started touring," he said. "We had an entire year of shows planned that had to be canceled. Like so many other people, our year just stopped overnight."

It was especially tough for Oliver, who had grown accustomed to life as a musician on the road.

"I didn't necessarily miss the constant traveling," he said. "What I did miss was connecting with an audience on a nightly basis. You know, the human element."

After all, that is what attracted Oliver to musicians like Lightnin' Hopkins, Dr. John and Little Feat as a young man.

"While musicians become addicted to applause. it wears off over time," he explained. "What sticks with us is when people say, 'Thank you, your music got me through a tough time.'"

Even though Oliver was able to spend some much-needed quality time with his family, he also continued to write new material.

"Chris has always been more avant-garde than me," he said. "I prefer a simpler way to do things."

Which isn't to say that the brothers don't bond over such musicians as Ray Charles, Sam Cooke and John Coltrane.

"There's a timelessness to those guys that is very appealing," Oliver said. "It is something that Chris and I also strive for."

This is why the Wood Brothers never discuss things like computers or cellphones in their music.

"We aim for universal themes that everyone can relate to," Oliver said. "We want to keep that human connection."

WHAT: The Wood Brothers in concert

THINGS YOU SHOULD KNOW: In an effort to provide a safe environment for all attendees, venue staff and touring personnel, the Wood Brothers show will require proof of full vaccination for COVID-19 or a negative COVID-19 test result within 72 hours of the show.

Phil Newby, who worked at A Gordon's Jewelry & Loan for 30-plus years, previously kept his records, posters and promotional material on the pawnshop's wall.

The Wood Brothers will be in concert at 7:30 p.m. Tuesday at the Sioux City Community Theatre. From left, Chris Wood, Jano Rix and Oliver Wood.

Known for music that combines folk, blues, jazz and Americana, the Wood Brothers will be at the Sioux City Community theatre at 7:30 p.m. Tuesday.