World Series: Follow live updates from Game 6 as the Dodgers face the Rays 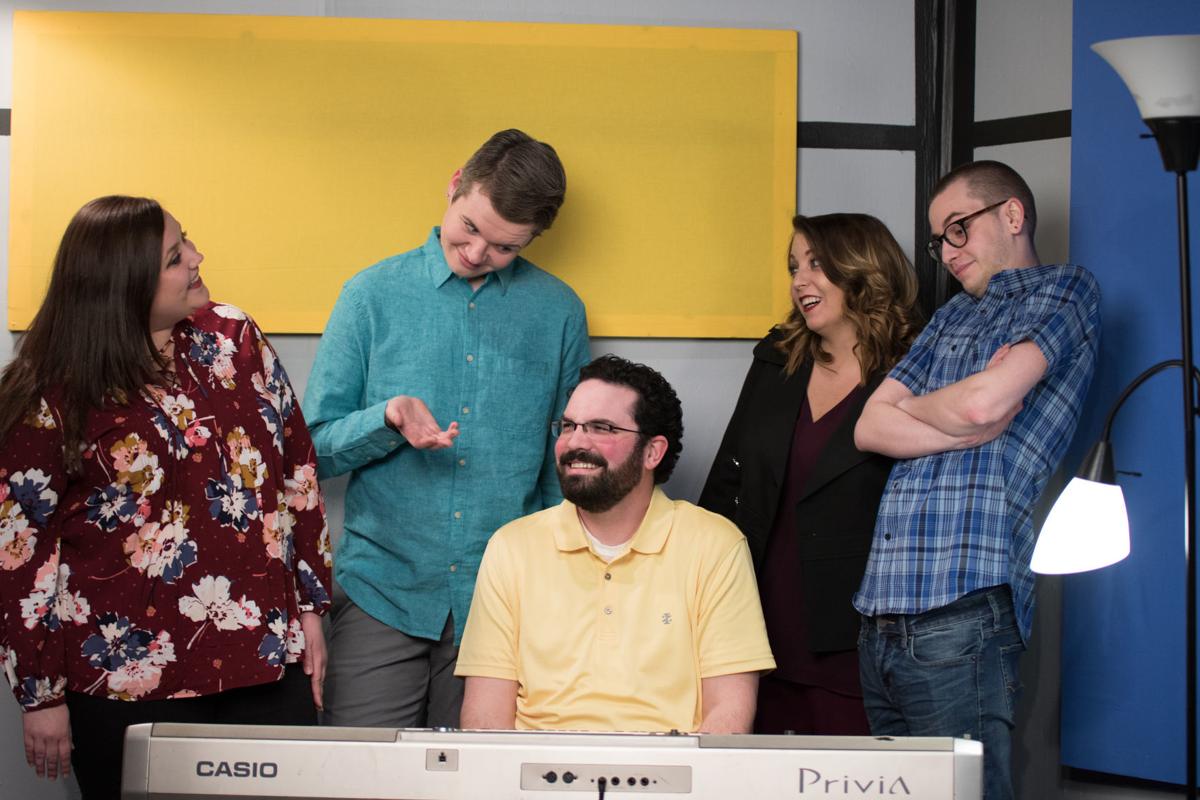 The cast of Shot in the Dark Productions' "[title of show]." 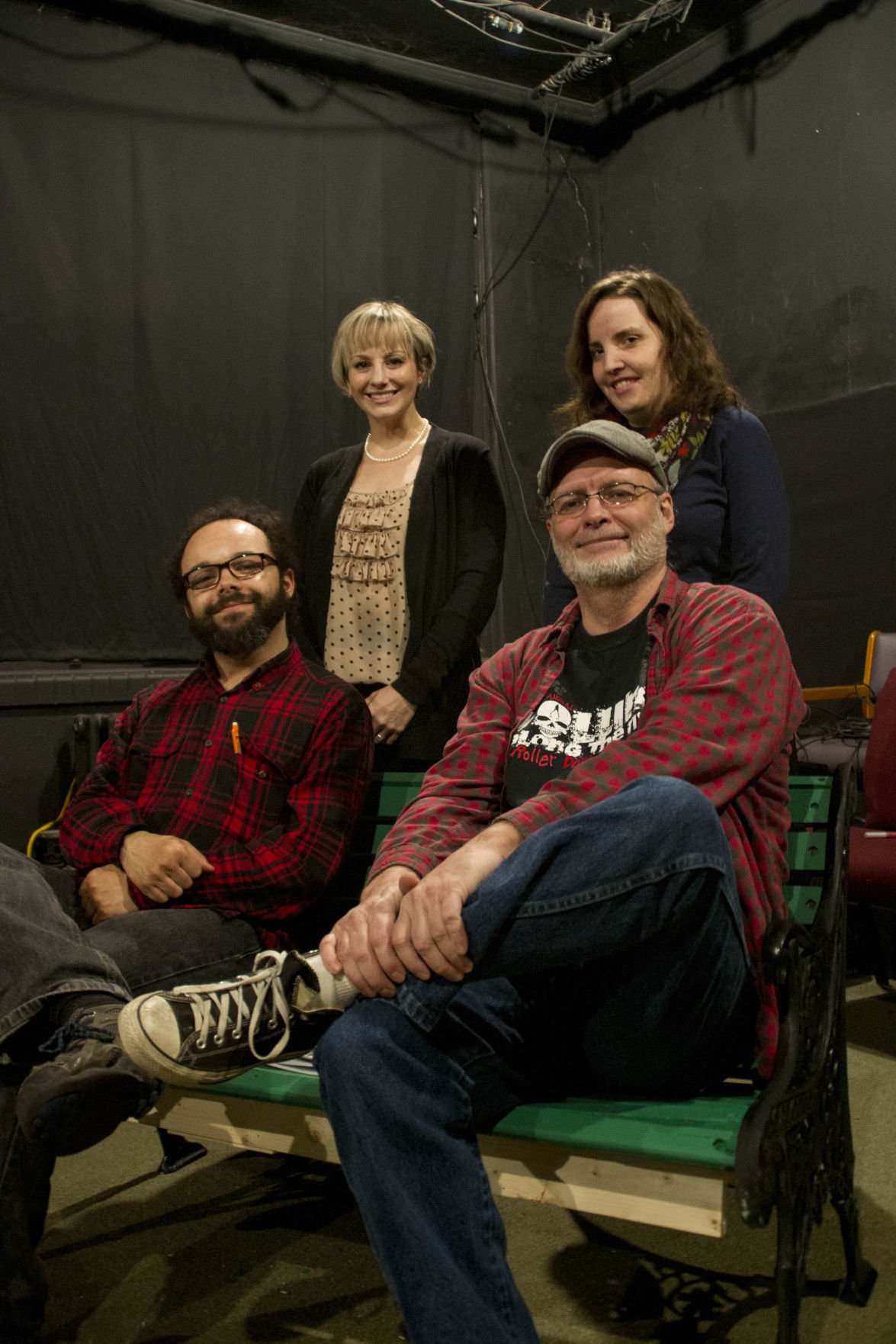 The cast of Lamb Theatre's "Aura."

Two entirely different local theaters will be debuting two entirely different shows at around the same time this week. While the content and the manner in which the stories are told at Lamb Theatre and Shot in the Dark Productions are polar opposites from each other, the two shows do have something in common: they both have small casts.

Lamb’s “Aura” features four actors; likewise, Shot in the Dark’s “[title of show]” lists four actors and a pianist in its cast list. “Aura” and “[title of show]” may not be big, well-known spectacles like “Les Miserables” or “The Sound of Music,” but these shows still leave an impact. A smaller cast just means more room for the actors to flesh out their characters.

For a musical like Shot in the Dark’s “[title of show]” -- which is about how the show itself was created and the struggles its creators faced while making it -- getting the characters right is key. Director Deb Morgan has dealt with casts of 72 people. Four actors and a pianist would be no problem.

“I love working with a small cast because you really get to know somebody when they’re one-fourth of the show,” said Morgan. “One of the challenges is they’re all four very busy people. So getting all four of them together for rehearsal sometimes has been a challenge.”

That’s not too harsh of a challenge so long as most of the cast can show up for practice. But the good part about this five-person cast, Morgan added, is that “they’re all very good musicians” and they have extensive experience in theater.

“They work well together,” Morgan said of Adam Suing, Mitchell Polley, Mandy Suing and Nancy Seeman. “The whole premise of the show is that they’re this group of friends. It’s like watching a group of friends react to each other. And [the cast] is very much that way. The know each other. They don’t have to act it.”

Which helps for driving home those themes Morgan wants audiences to walk away with.

Over at Lamb Theatre, things are less sing-song-y. “Aura” tells the story of a man who is approached by a seemingly strange person who claims he can see people’s auras. And that’s about all we can really say without spoiling the show.

So how is director Jessica Wheeler dealing with her small cast of actors? Well, during a rehearsal, all four actors called for their lines a total of 10 times. “That’s nothing!” Wheeler said. “That’s almost unheard of!” Certainly a good sign of what’s to come.

Set inside Lamb Theatre’s more intimate Box venue, the stage area and seating should stand out to audiences. Chairs are lined along each wall and face the middle of the room. A sidewalk has been painted, leading from the entrance to the Box to another corner of the room. Visitors will be quick to discern that they are actually sitting inside the park, watching the action in front of them. For most of the show, the audience’s attention will be drawn to this particular section of the park.

“I actually went back and forth several times of how I wanted to stage the show,” said Wheeler. “Luckily The Box is a flexible space with different configurations that we can do.”

Hence why The Box’s closely acquainted space is perfect for “Aura” and its small cast, which has the arduous task of invoking real emotion for some of the production’s more poignant moments.

“There’s something really beautiful that happens in this show,” said Wheeler. “And then there are moments that are just painful, but not in a bad way. It’s that good kind of pain where your heart is hurting for another person; that empathetic pain. I don’t think we have enough of that in this world.”

SHOT IN THE DARK PRODUCTIONS

SUX 6: Six top things to do in and around Sioux City

Our guide to weekend activities is your direct ticket to something fun.

Siouxland Strange: Dumping your roof on the roadway?

Last week, Cherokee County officials reported finding a large pile of shingles and other debris on a gravel road. Read on for the rest of this strange tale.

Expect past records to be shattered as people make sure their vote counts.

Creating his own American dream, Sioux City native reflects on life as a 'restaurant kid'

Tony Ho Tran is a freelance journalist whose work has appeared in Playboy and Huffington Post. But he got his start at Da Kao, the popular Sioux City Vietnamese and Chinese restaurant his family owned for more than two decades.

Jesus Sanchez was among the patrons who missed Rebos. So much so, in fact, that Sanchez, who already owned the nearby 1008 Key Club, decided to partner with Rebos founder Brian Rees in re-establishing the eatery after a more than six-month absence.

The museum will be hosting "1968: A Folsom Redemption" -- a photographic collection of the legendary country performer around the time of his historic "Johnny Cash at Folsom Prison" and "Johnny Cash at San Quentin" live albums, through January.

Barstool Open steps up to the tee for its 12th year

Normally held every May, this year's Barstool Open will tee off at noon at 18 different bars on Fourth Street between Water Street and Floyd Boulevard.

The cast of Shot in the Dark Productions' "[title of show]."

The cast of Lamb Theatre's "Aura."