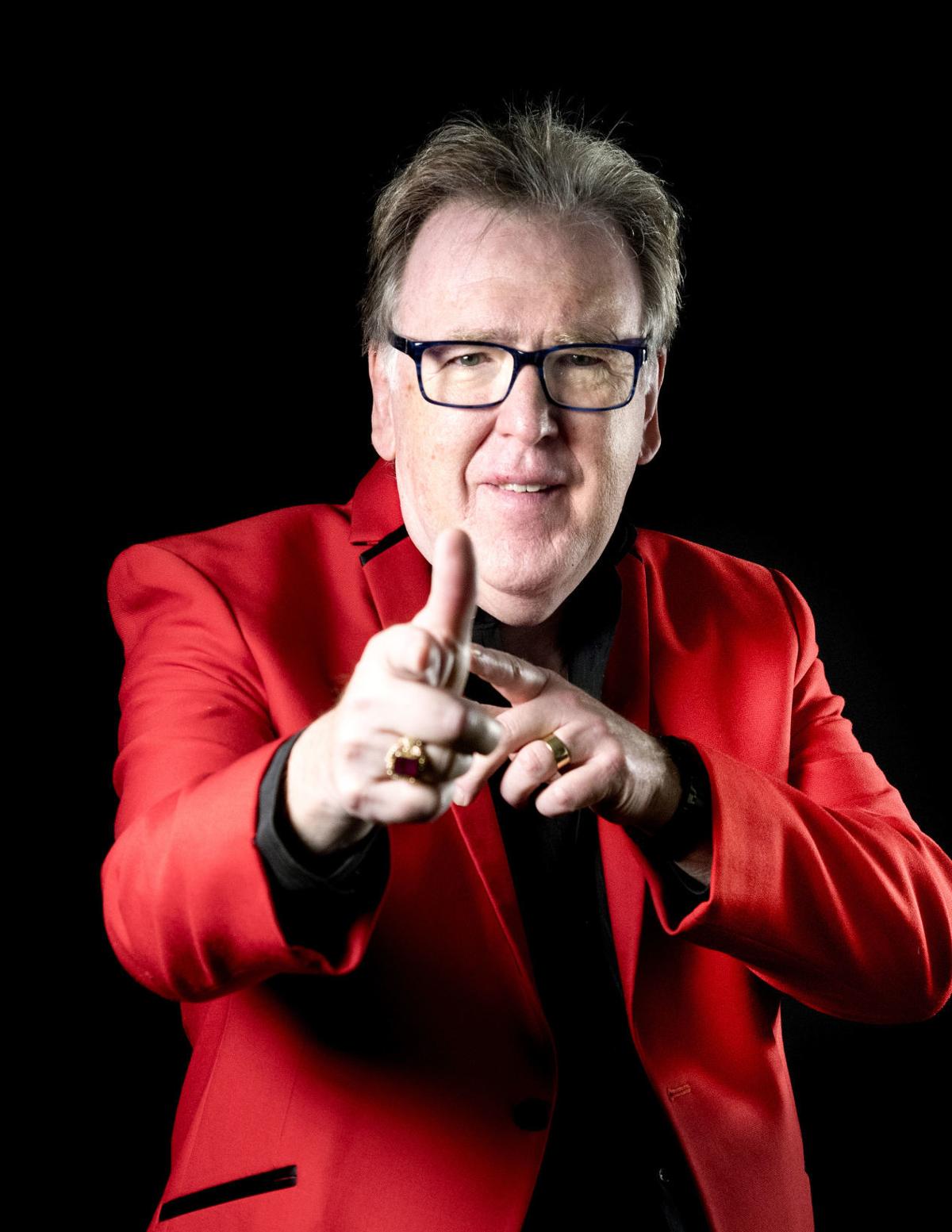 John Luebke is enjoying a retired life of relaxation, but every so often he runs into folks who ask him about Rockestra. Those people will be excited to know that Rockestra is returning to The Marquee for three shows on Nov. 7, 8 and 9. Tickets are $15. 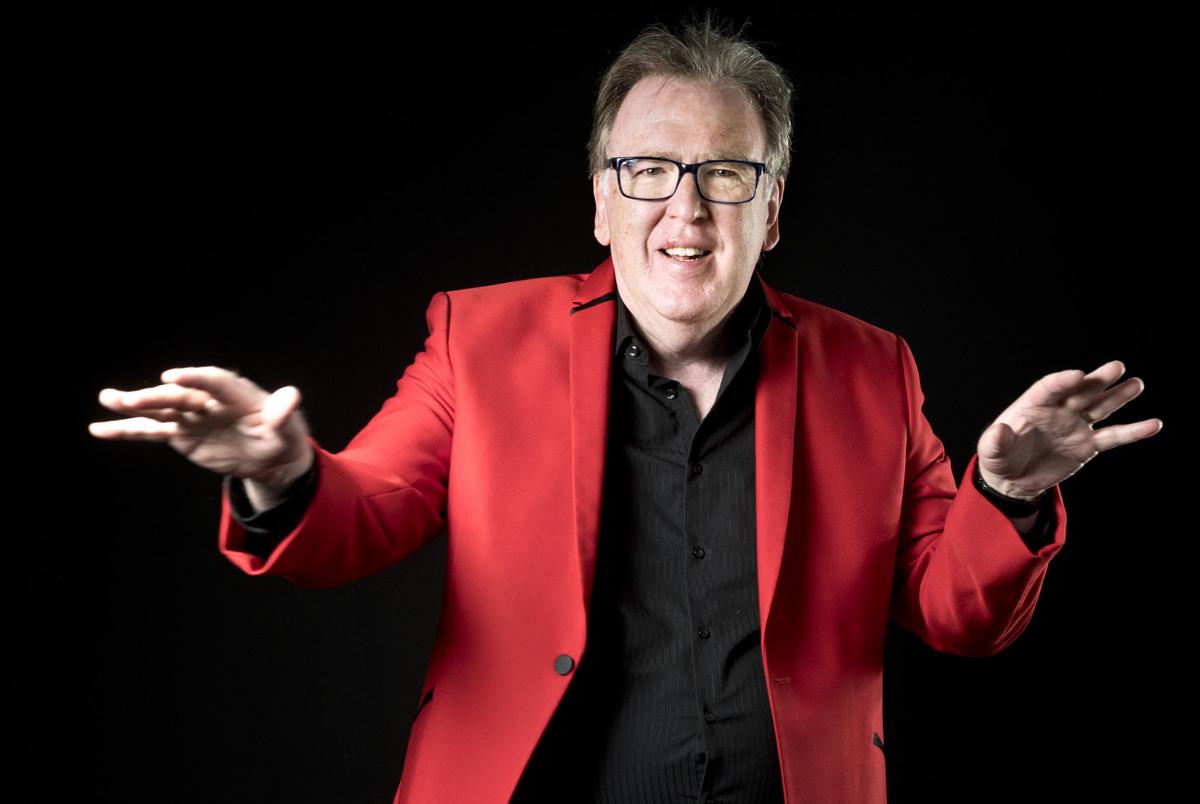 John Luebke is enjoying a retired life of relaxation, but every so often he runs into folks who ask him about Rockestra. The next shows are at The Marquee on Nov. 7, 8 and 9. 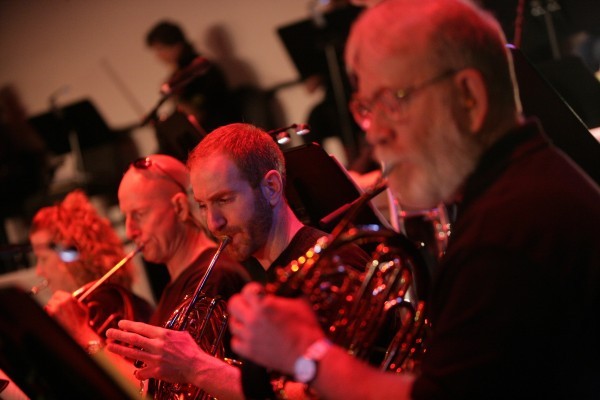 The horn section is featured in this Sioux City Rockestra concert. 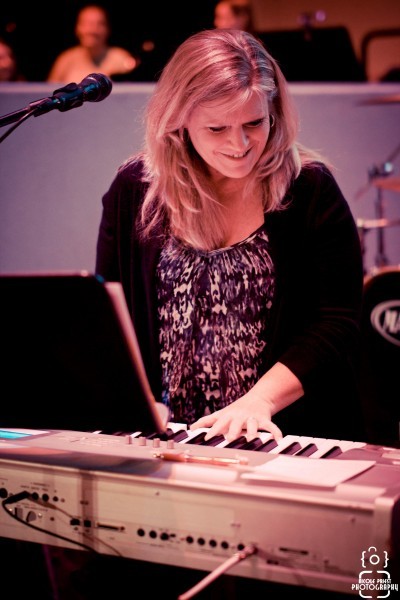 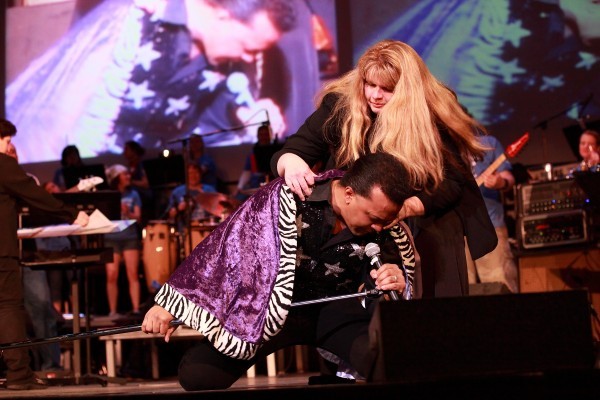 Doug Davis gets some TLC from Amy Ellsworth during a Sioux City Rockestra concert. 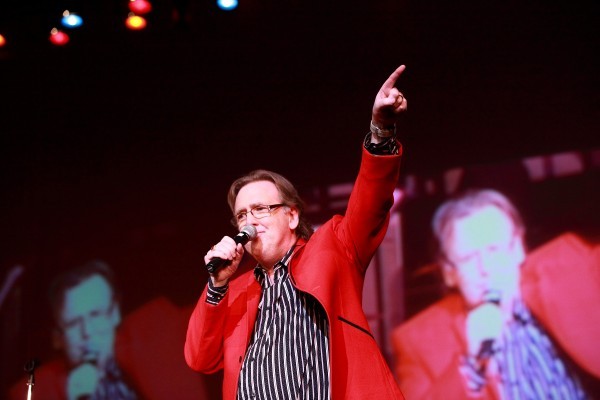 Sioux City Rockestra founder and director John Luebke gets the crowd going at a recent concert.

Sioux Cityans, your favorite rock and roll symphony orchestra is getting the band back together and will be playing a series of three shows on Nov. 7, 8 and 9 at The Marquee.

With its last performances taking place at the same venue in March, Rockestra has found a comfortable new home at The Marquee. While the group used to play in numerous venues, including the Orpheum Theatre, Rockestra director John Luebke believes this iteration of the band works  best at the 1225 Fourth St. location.

"The Marquee had recently gone through a change of ownership and they had just remodeled," said Luebke, a veteran of the Sioux City music scene. "I had been friends with Mark Martin for many years, and through him, his son Mitch, a co-owner of The Marquee. We started talking about it after they had put in the new stage and bathrooms. The first time I came out of that new men's room, I told Mark there was something wrong: the men's room floor was dry and clean! Housing Rockestra there just came out of conversations I had with the owners."

Rockestra was conceived in 2004 as a brainchild of Luebke, who originally got his start playing piano when he was 4. With a music teacher for a mother and a trombone player and music director for a father, music was in his blood from the get-go.

"I was in a bookstore in 2004 and saw a DVD of YES playing with a full symphony orchestra," said Luebke. "I thought it looked interesting, so I picked it up. I got home, stuck it in the DVD player and it blew my mind. I had been associated with the Sioux City Symphony. I was also involved in the jazz side of things here, but not so much the rock and roll, but I knew a lot of the rock and roll guys. I thought we could do something like I saw on the DVD in Sioux City, so I started making phone calls. I called 40 people and only one said no, and that I was crazy; but her husband accepted and is still playing with us."

This is the only rock orchestra like it in the area, according to the director. There's no Omaha Rockestra or Sioux Falls Rockestra.

Recently Rockestra recorded a 14-song album called "Listen to the Music." The album was edited by Luebke's son, Michael, and was mastered at Abbey Road Studios in London. It features selections from Led Zeppelin to Here Come the Mummies.

The upcoming shows have two themes: "Listen to the Music" and "Music from Rock & Roll Movies."

"In the past year there have been movies featuring The Beatles' music," he said. "There have also been movies about Elton John, Freddie Mercury and Bruce Springsteen. We are going to feature music from those four movies, as well as songs from our new CD."

In addition to the rock music that will be offered during these three performances, Luebke has rearranged a concerto by Rodrigo for the rock orchestra. It will start with a guitar solo and will then get passed around the orchestra.

"It is a marvelous ensemble instrumental piece," said the musical director. "Part of it has this great rock and roll back beat. It's a wonderful piece because it lends itself to different performances, so we are going to give it another one."

This time, the band will consist of around 24 musicians, but will not have a string section. (If you know the size of the stage at The Marquee, you'd know that 20+ people can be a stretch when it comes to space. Speaking of working with 20+ musicians, it can be a struggle to get everybody together at once.)

"If you could walk a mile in my shoes," Luebke said after a laugh. "They are all different personalities. You find the brass section has its own personality. We will use Michael on cello and Shirley (Luebke's wife) will be playing the string parts on the string synthesizer. Learning how to deal with all the personalities is the challenge."

What gets people out of their homes on a cold night to see the music Luebke and company have to offer?

"The Marquee is a very nice place to come and hear the group. It's not too loud. People think it will be with 20+ people on stage, but it's not. The biggest reason is the fact we use their sound man, Josh Ronfeldt, and he's marvelous. It will be a couple hours of good, classic rock and roll, and it's only $15."

In order to be a great wedding photographer, you must have an eye for aesthetics as well a dedication to detail.

Siouxland Strange: Eight charges, but at least they're misdemeanors ... mostly

Lyon County authorities received a report of a vehicle facing the wrong way in the travel portion of a county road. Deputies discovered the vehicle was reported stolen, and the driver initially refused to identify herself and tried to drive away.

1. Elvis has NOT left the building

'The Gentlemen' (Rated R for violence, language throughout, sexual references and drug content.)

John Luebke is enjoying a retired life of relaxation, but every so often he runs into folks who ask him about Rockestra. Those people will be excited to know that Rockestra is returning to The Marquee for three shows on Nov. 7, 8 and 9. Tickets are $15.

John Luebke is enjoying a retired life of relaxation, but every so often he runs into folks who ask him about Rockestra. The next shows are at The Marquee on Nov. 7, 8 and 9.

The horn section is featured in this Sioux City Rockestra concert.

Doug Davis gets some TLC from Amy Ellsworth during a Sioux City Rockestra concert.

Sioux City Rockestra founder and director John Luebke gets the crowd going at a recent concert.