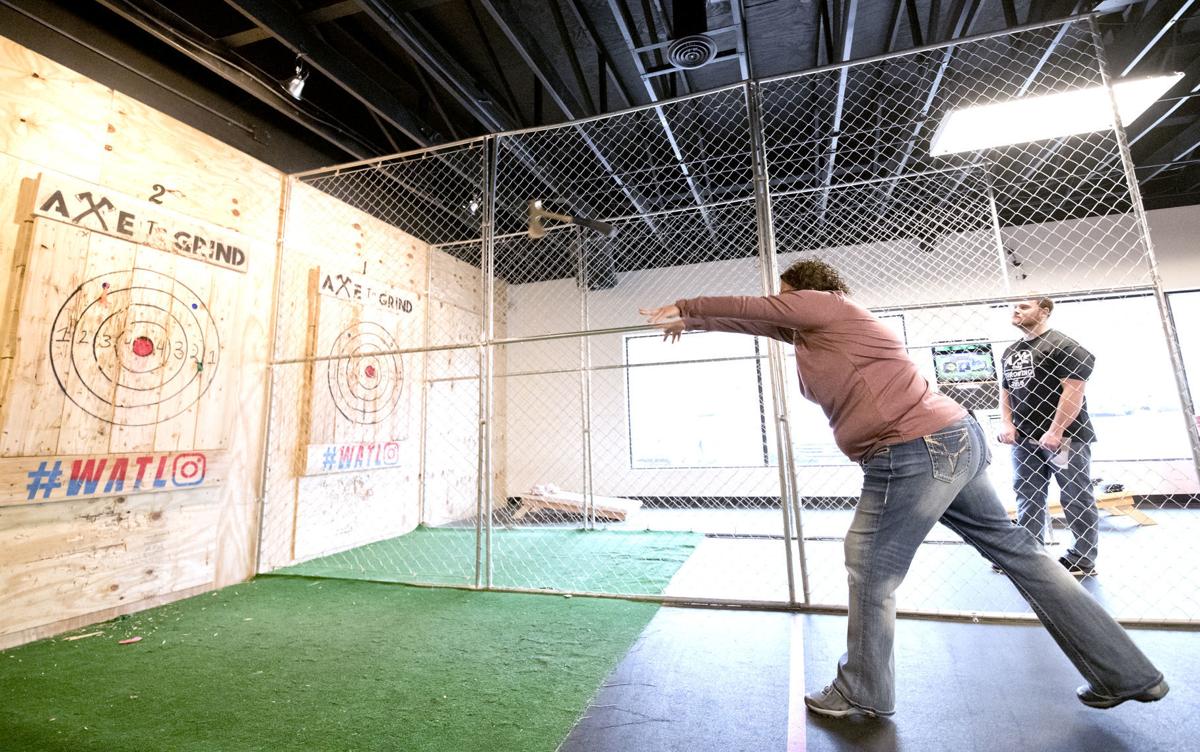 Mindee Knudson throws her axe at the target, Friday, at Axe To Grind on March 13 in Sioux City. 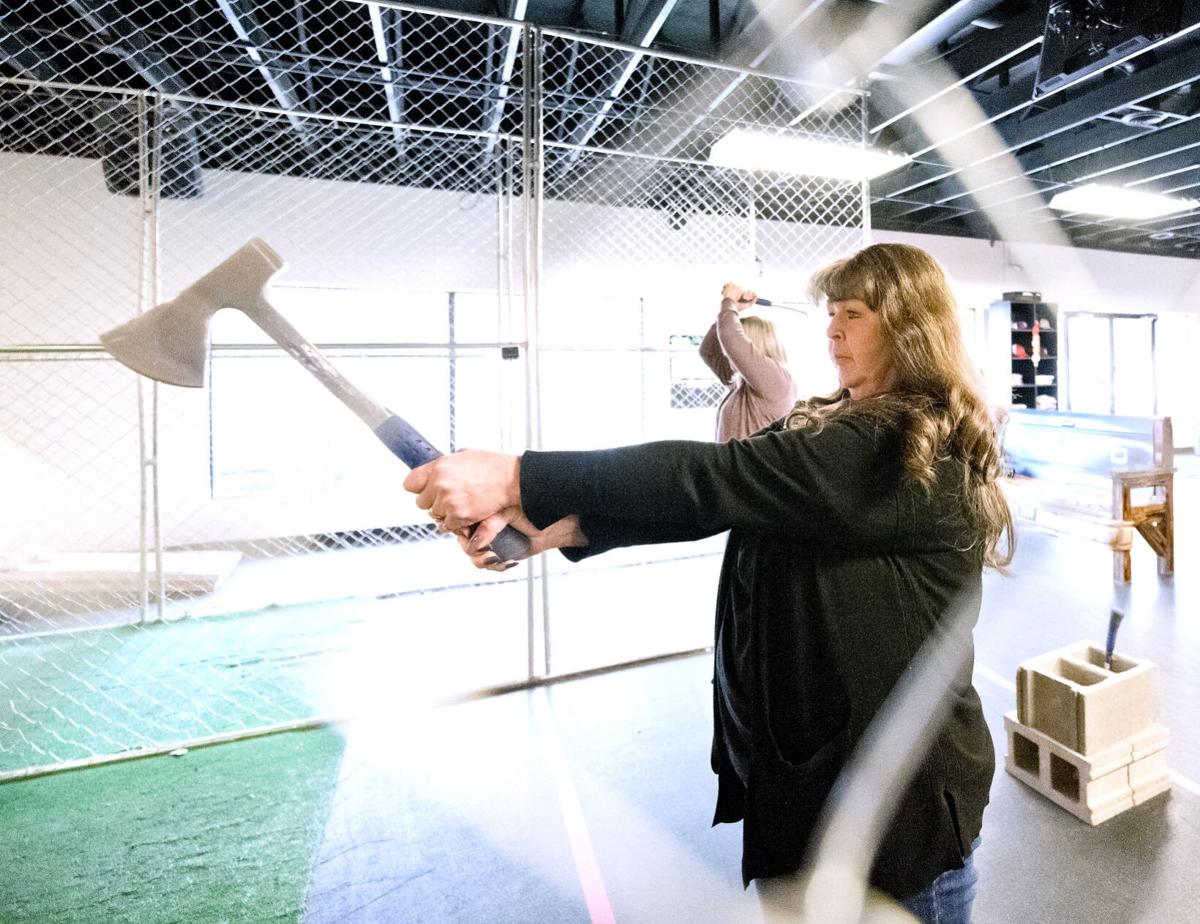 Melissa Merill lines up her axe with the target as the prepares to throw it March 13 at Axe To Grind on Hamilton Boulevard in Sioux City. 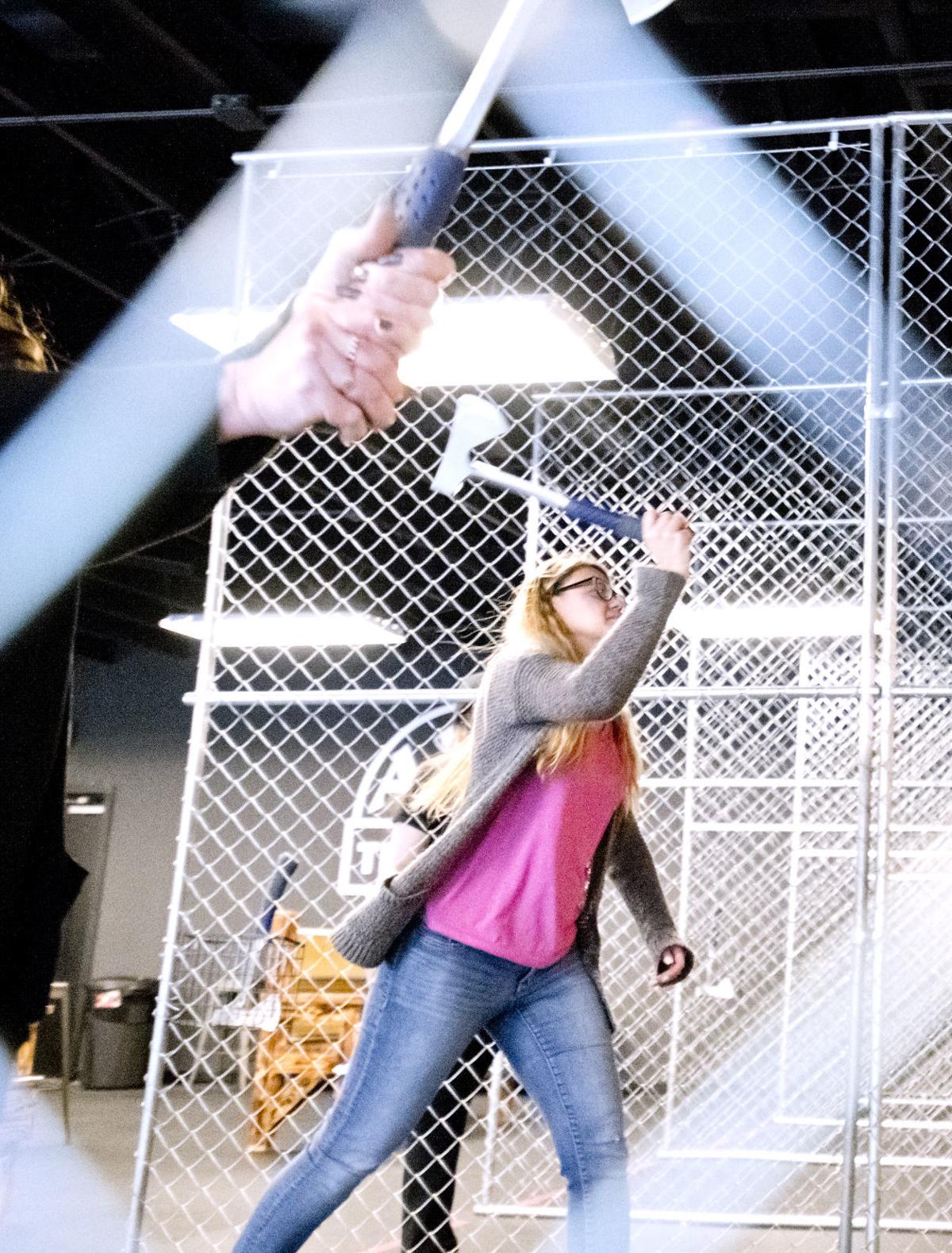 Courtney Hudelson throws her axe one-handed at the target at Axe To Grind on March 13. 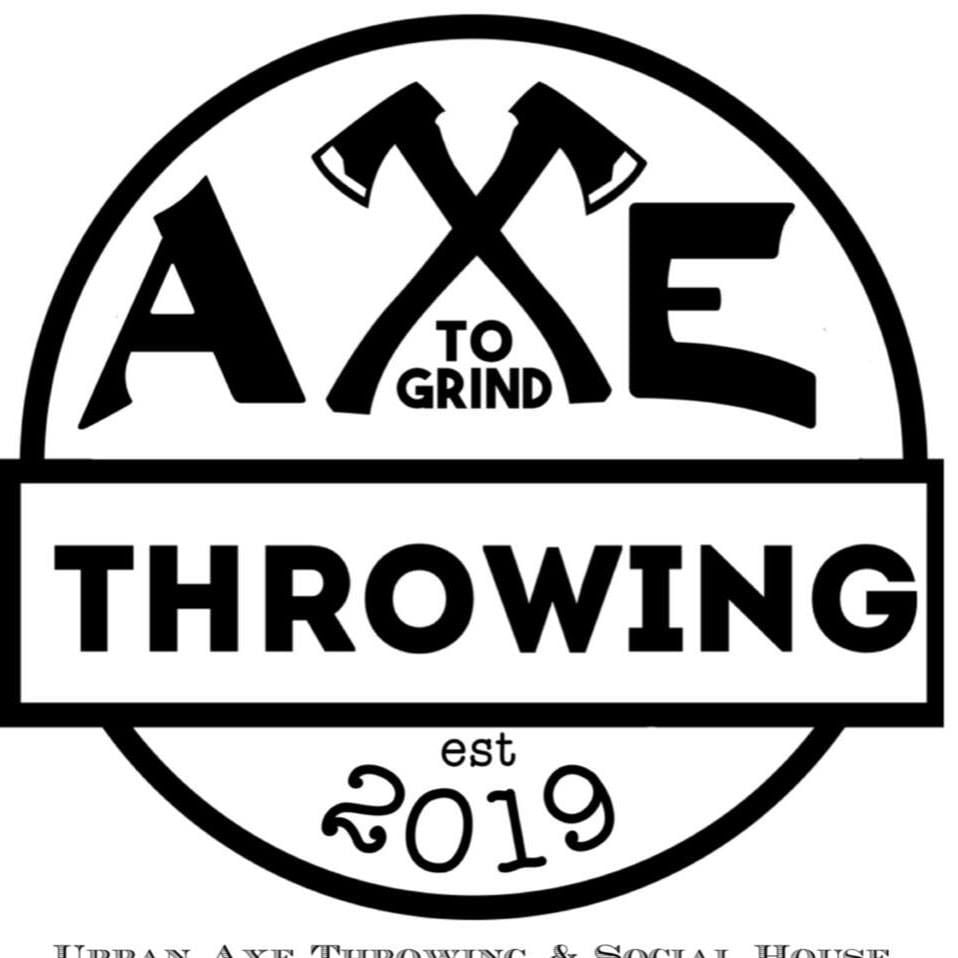 The hatchet-throwing craze spreading across the country has come to Sioux City.

Axe to Grind, an urban ax-throwing and social venue, reopened last month after being temporarily closed due to COVID-19 restrictions. The business debuted in December at 2101 Hamilton Blvd.

The ax-throwing venues say they welcome patrons with a wide range of axe-throwing skills.

Ashley Mondor of Axe to Grind said coaches show guests the best way to throw an ax. For beginners, she recommends throwing with two hands. To begin, she said that they instruct people to stick out their gut as they pull their arms back behind their heads. As they prepare to throw, they should lean forward and stick their butt out, she said.

Axe to Grind offer both basic and VIP packages. The basic package give groups 1 1/2 hours of throwing, while the VIP package gives groups two hours. The VIP package also includes snacks, beverages, and a VIP card that promises more ax throwing for the rest of the month.

"Some of the games are easy, like 21: first person or team to get to 21 wins," Mondor said. "If you go over, you bust, and you have to get back to 13 or zero. Or we have some harder games, like 'Off the Map.' You have to hit the ax in the four corners of the board and not anywhere on the target. So we offer lots of games. We can always go through the games and help out."

Though guests might be nervous at first, Mondor described Axe to Grind as  a relaxed place with a lot of positivity. It can be very competitive at times, too.

"We do a safety briefing first," she said. "Then I always make sure you guys can get it on the board, and then I let you take off on your own. If you guys want me to play with you, I will."

Most of the people who come in are groups of friends and families with teens. Some businesses also bring in their employees for corporate events.

Axe to Grind has plans to start ax-throwing leagues.

"We have a lot of inquires about it," Mondor said. "Once we get going a little bit more, then we're gonna start adding Thursday night leagues."

Mondor said the busiest nights are Fridays and Saturdays, so reservations are highly recommended.

At Woody's Axe Throwing, appointments can be made online for 30-minute, 1 hour and 1 1/2 hour sessions, according to the company's website at www.woodysaxe.com.

Conductor Michael Prichard said he's not sure what to expect for attendance this year. But he knows that people are getting antsy and want to get out.

Mindee Knudson throws her axe at the target, Friday, at Axe To Grind on March 13 in Sioux City.

Melissa Merill lines up her axe with the target as the prepares to throw it March 13 at Axe To Grind on Hamilton Boulevard in Sioux City.

Courtney Hudelson throws her axe one-handed at the target at Axe To Grind on March 13.