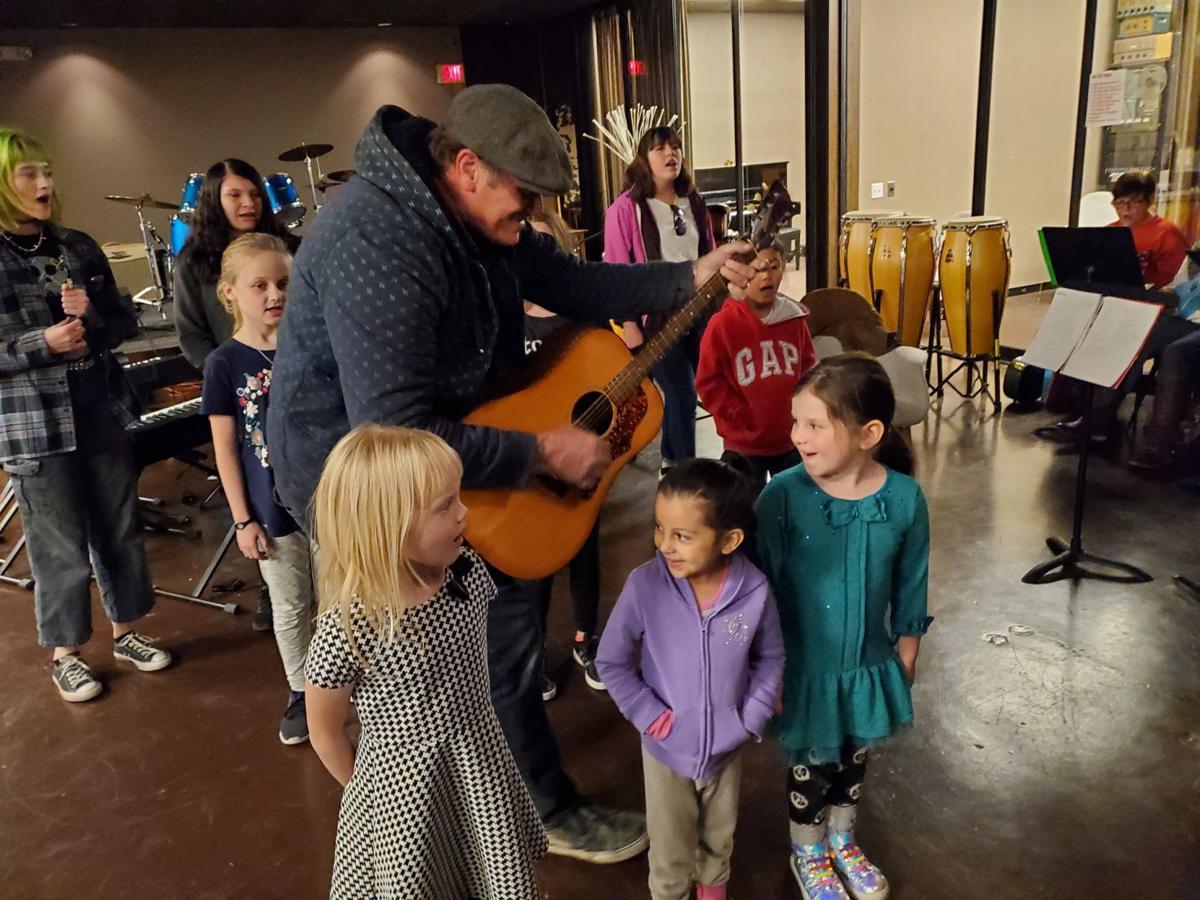 Sioux City Conservatory of Music co-founder Ron Emory rehearses Florence and the Machine's "Dog Days Are Over" with music students looking on. 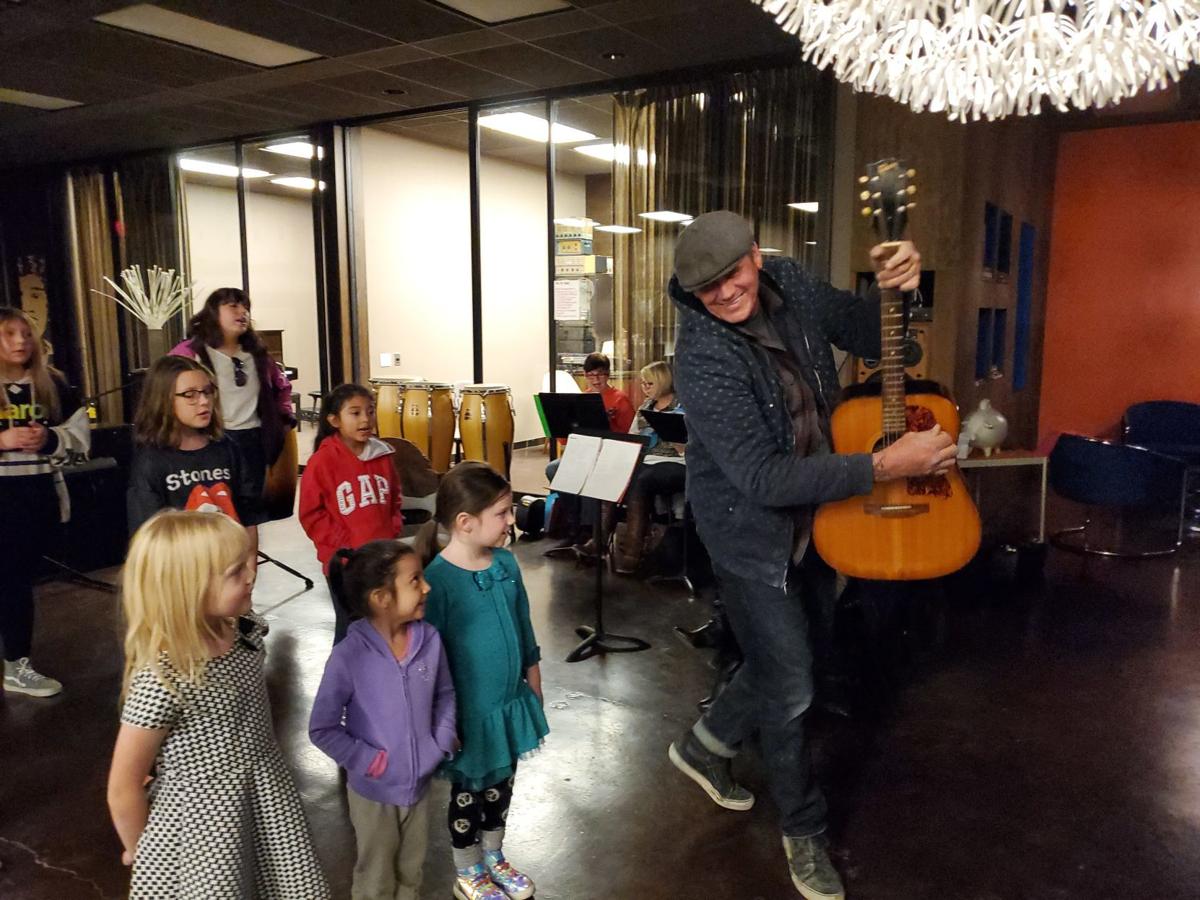 Sioux City Conservatory of Music's Ron Emory prepares students for a special "Find Me Somebody to Love" fundraiser that will be held at 6 p.m. Saturday at the Orpheum Theatre. 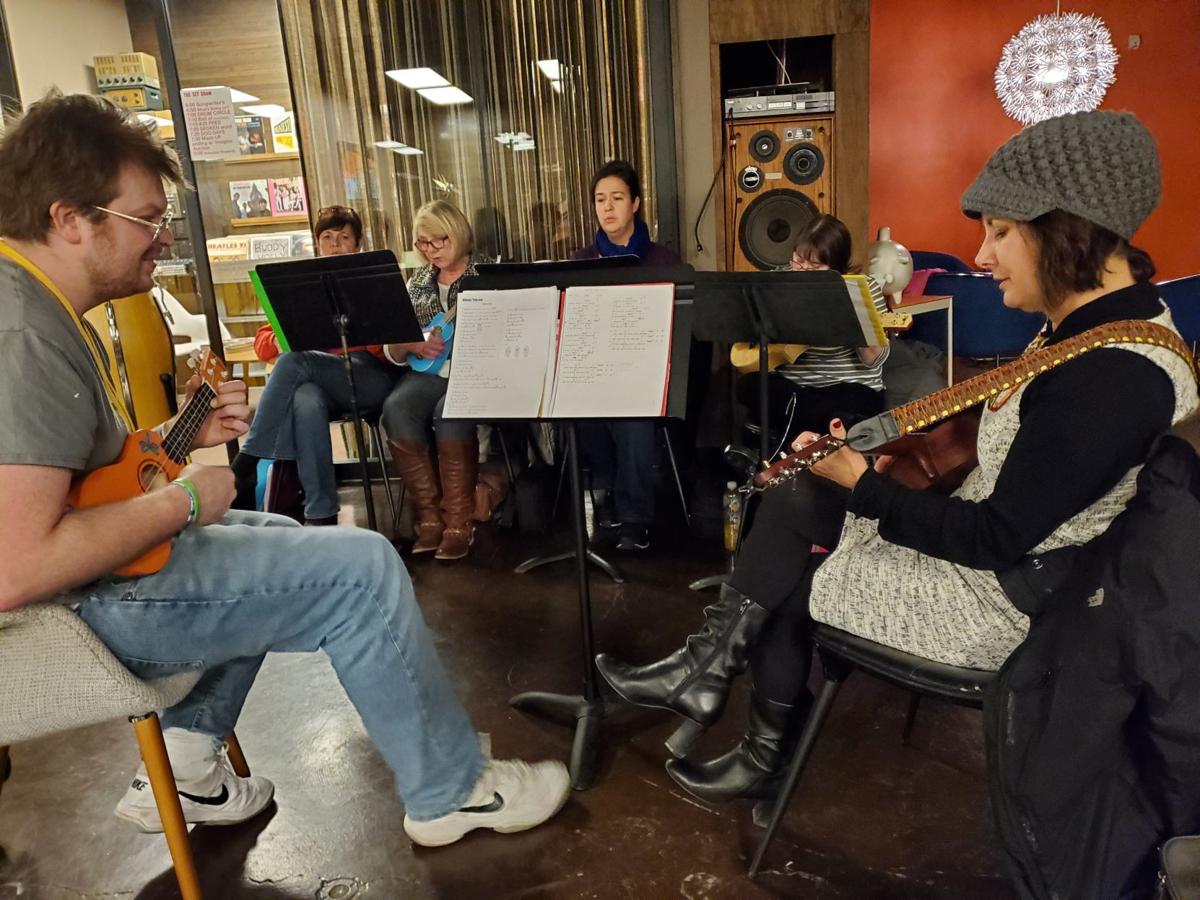 Ever heard John Lennon's "Imagine" played on ukuleles? Um, the results are ... interesting? See this group perform when Sioux City Conservatory of Music students take the stage at the Orpheum Theatre Saturday night. 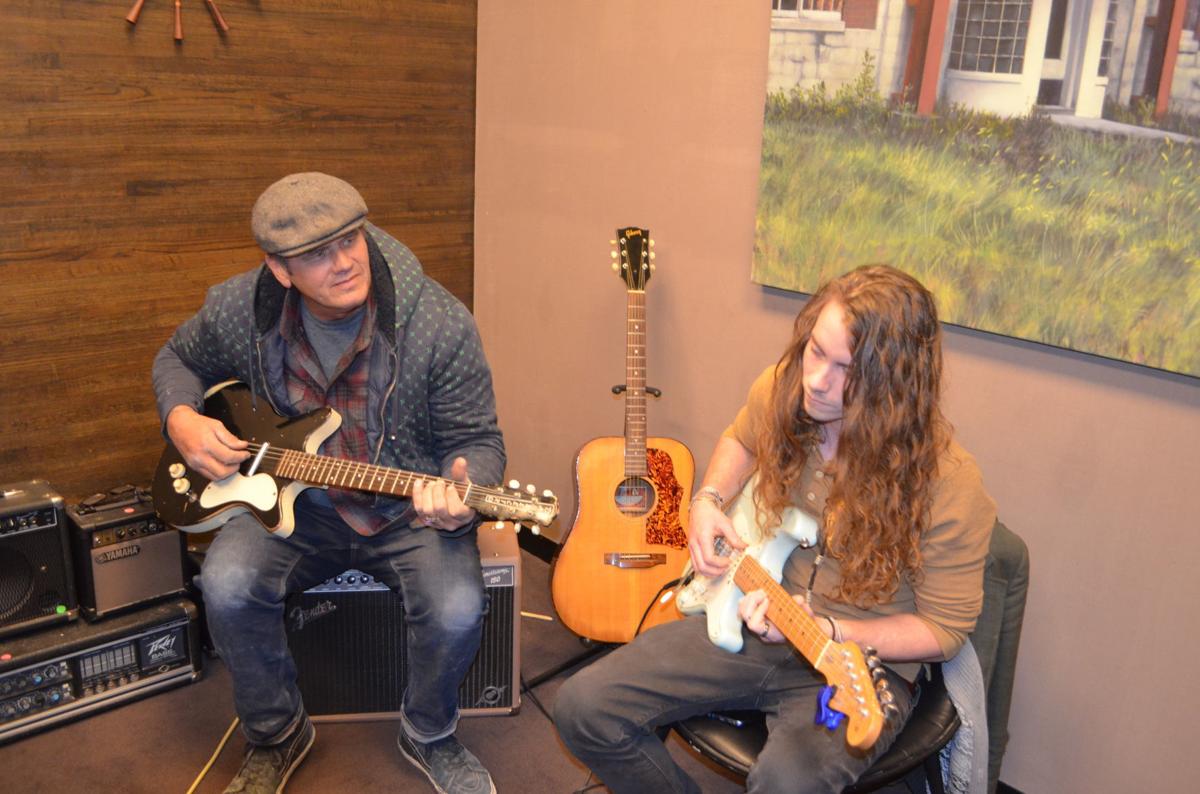 Ron Emory, best known as one of the founders of the pioneering punk rock group T.S.O.L., jams with Zack Pickens, a guitarist with the Sioux City-based Port Nocturnal. Pickens is also an instructor at Emory's Sioux City Conservatory of Music. 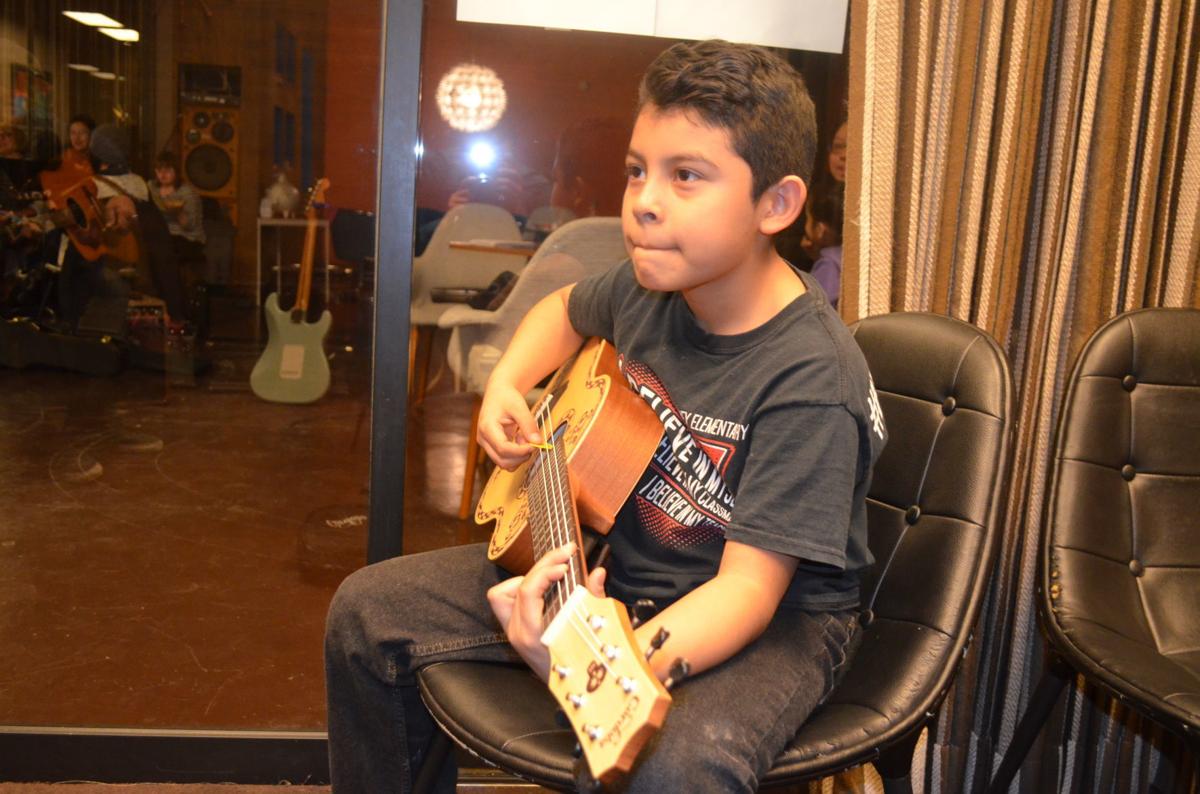 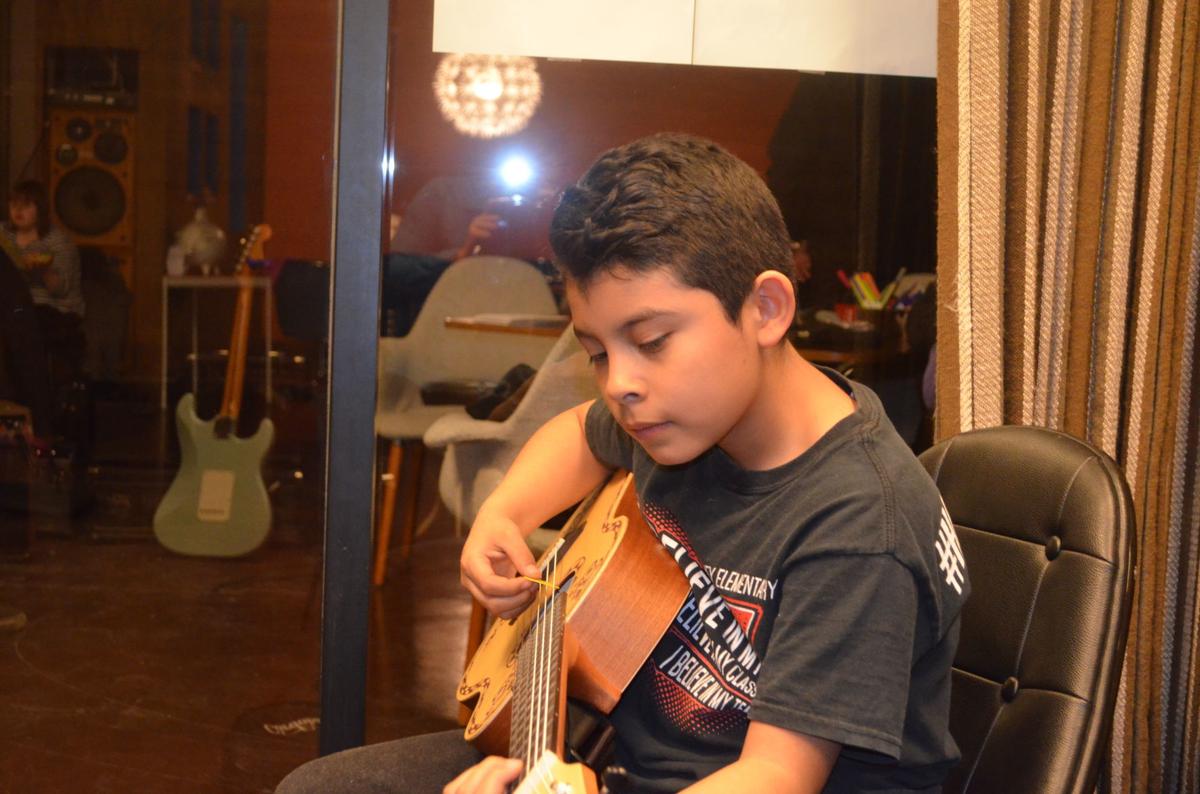 Sioux City Conservatory of Music student Jose Juarez learns the chords for Florence and the Machine's "Dogs Days Are Over." 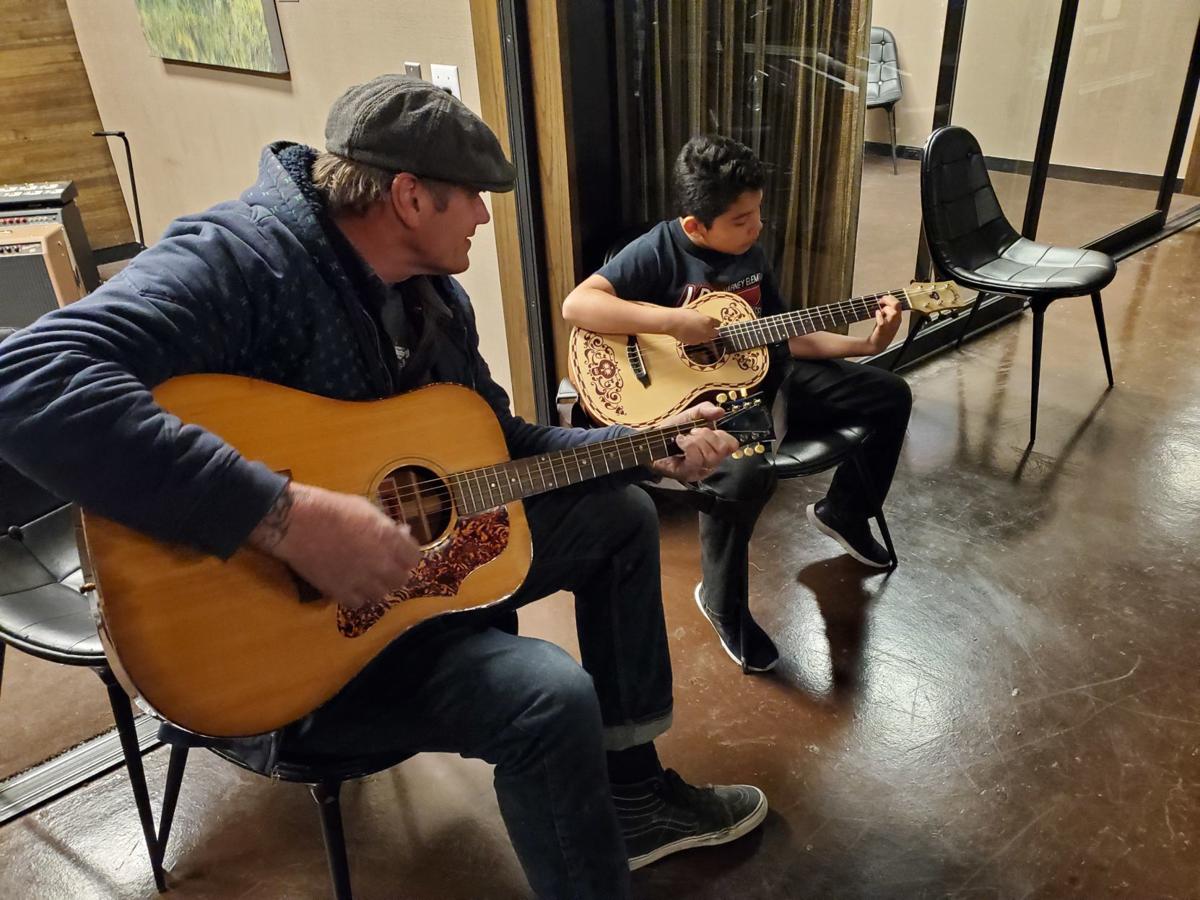 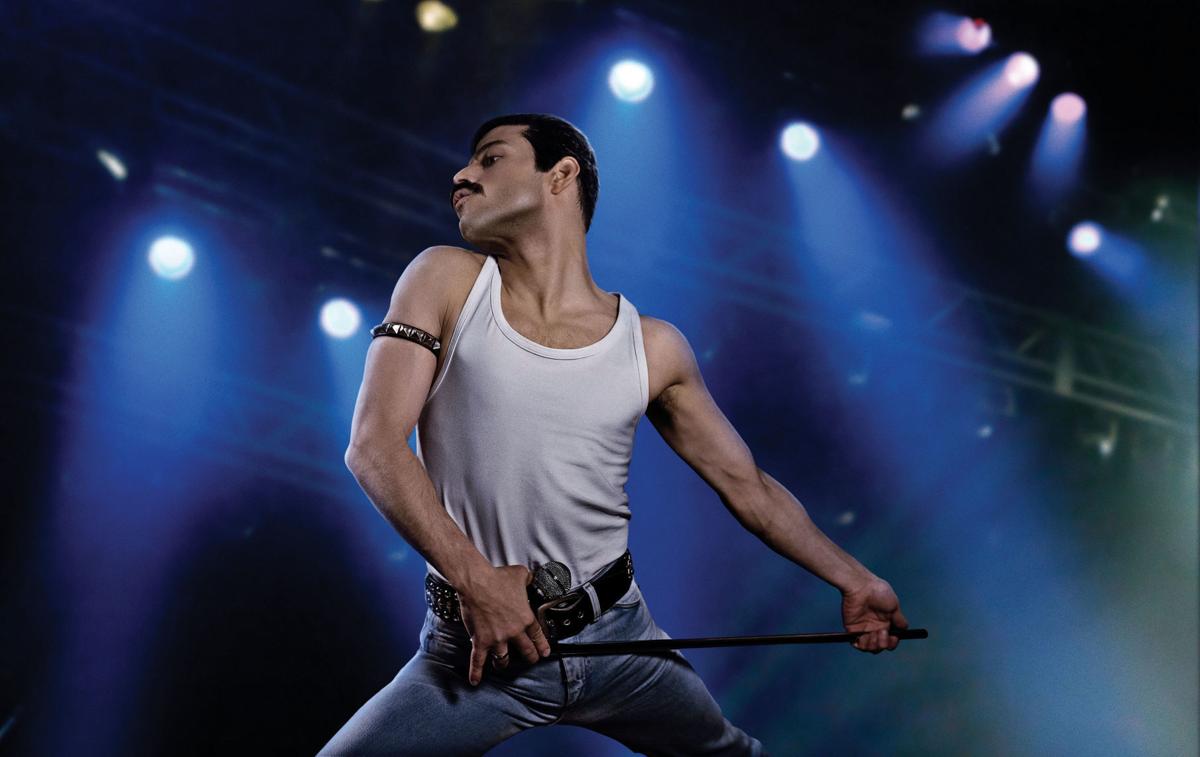 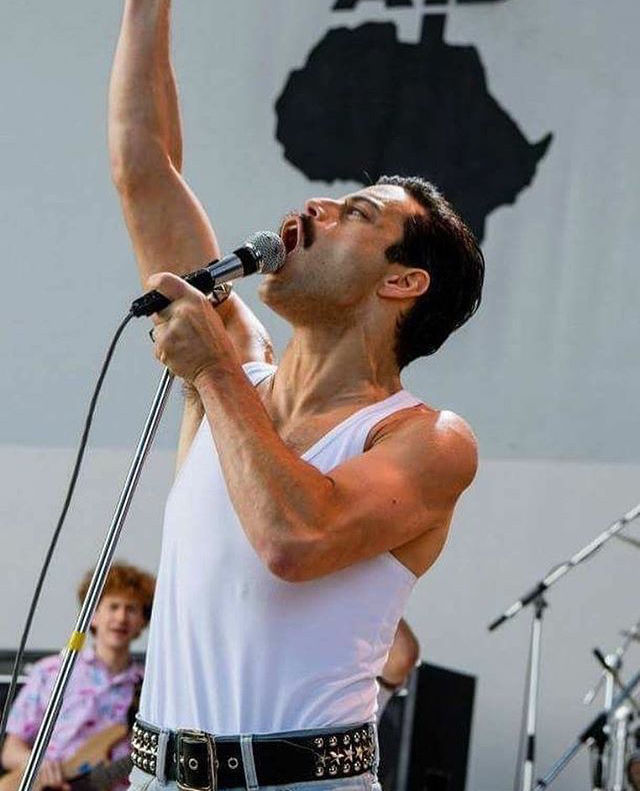 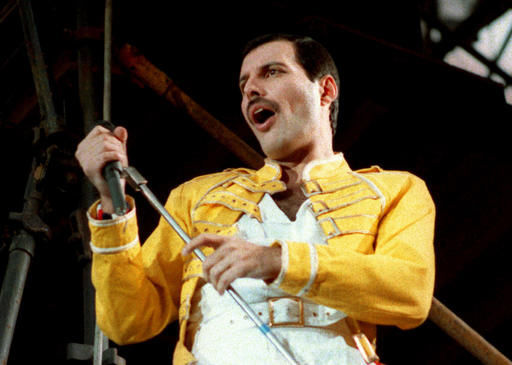 Freddie Mercury of the rock band Queen is shown in a July 1986 file photo.

Student Machele Hale, a staffing manager for the North Sioux City-based Empirical Foods by day and wannabe guitarist at night, said she grew up listening to Freddie Mercury and Queen, while musician-turned-teacher Zach Pickens learned about the legendary glam rockers through his mom and dad.

"What can I say? My parents had great taste in music," Pickens, best known for his work as a guitarist in the band Port Nocturnal, said with a smile.

Both Hale and Pickens will be among the musicians playing along to Queen's classic, six-minute suite, "Bohemian Rhapsody," during "Find Me Somebody to Love," a fundraiser for the Sioux City Conservatory of Music, beginning at 6 p.m. Saturday at the Orpheum Theatre, 528 Pierce St.

According to Conservatory co-founder Gia Emory, the goal of bringing local musicians to join in on the Queen song was to secure a place for the city in the "Guinness Book of World Records."

So, how's that working out? Not too well, she admitted.

"Guess we miscalculated the number of musicians needed to achieve a world's record," Gia Emory acknowledged. "We'd need more than 1,000 musicians to get in the world record book. Instead, we'll have about 400 musicians rocking out to Queen."

If truth be told, she doesn't look too disappointed by this shortfall of possible players.

Instead the real reason behind the benefit is to help the nonprofit Conservatory raise money for scholarships and instruments for students who otherwise couldn't afford music education.

In addition to the open-to-the-community Queen-a-thon, an auction will take place as will performances by many of the Conservatory's young (and young-at-heart) music students.

Jose Juarez, a 10-year-old from South Sioux City, will be among the students shredding for Freddie.

That is if the Harney Elementary School fourth-grader can master the chords of his guitar.

"This is tougher than I thought it would be," Jose said toward the beginning of his second lesson with Conservatory co-founder Ron Emory.

A member of the pioneering, California-based punk band T.S.O.L., Ron Emory founded the 1307 Pierce St. Music Conservatory with his wife Gia Emory more than a decade ago.

"Jose, let me tell you what my grandpa once told me," Ron Emory said to his apt pupil. "My grandpa said if I learned how to play a guitar, I could travel the world with my music, follow my passion and never work a day in my life."

"Guess what?" he asked, plucking a pick out of his pocket. "Grandpa was right on the money."

So was Jose, as he joined in with his teacher in learning Florence and the Machine's "Dog Days Are Over," which will be one of the major set pieces for the Orpheum concert.

Indeed, everybody from the ukelele players to the Conservatory's pint-sized dancers will be grooving to Florence Welch's classic song.

"Remember the Orpheum stage is very big," Gia Emory said while offering last-minute choreography advice to the Conservatory chorus line kids. "You gotta make sure your movement is equally as big."

The Conservatory has always been a passion project for Gia Emory, a Sioux City native who also runs the adjoining Blue Cafe in addition to The Block, a series of small businesses that includes an indoor skateboard park, consignment shop and art gallery.

"Music is such a positive thing," she said, mid-rehearsal. "It doesn't matter your age or background, music is a constant in our lives."

That was certainly the case with Gia Emory, who grew up with a steady diet of 1980s music including, you guessed it, the sounds of Freddie Mercury.

The Zanzibar-born and United Kingdom-raised Mercury was best known for his four-octave vocal range and for being the flamboyant frontman for Queen.

"Freddie Mercury was the ultimate rock star," Gia Emory said of Mercury, who died in 1991 from complications associated with AIDS. "He was larger-than-life."

This made Mercury the perfect choice for the 2018 big screen biopic, "Bohemian Rhapsody," which earned actor Rami Malek an Academy Award for lead actor in his portrayal.

"The movie brought 'Bohemian Rhapsody' back into the mainstream," Gia Emory said. "But the music of Queen has never really gone away."

After all, Queen's catalog appeals to everyone from a punk rocker like Ron Emory as well as to Port Nocturnal's Pickens, who is feeling more jazzy nowadays.

"If you ask me who were my biggest musical influences, I'd say Frank Zappa, Chet Baker, Django Reinhardt and John Coltrane," Pickens said, listing off his personal faves. "Wait, did I forget to say (Jimi) Hendrix? Guess loving Hendrix goes without saying."

At age 10, Jose Juarez is probably too young to know who Florence Welch, Jimi Hendrix or, even, Freddie Mercury are.

But the budding young guitarist already knows he'd like to be a rock star.

Heck, Jose has even invested in a rock star's guitar, complete with an embossed skull on the instrument's headstock.

"I knew Jose meant business when he came in with a kid-sized guitar with a skull on it as well as well as with picks that came with identical skulls," Ron Emory said in admiration. "It's cool to feel like a rock star, even when you're a kid."

WHAT: "Find Me Somebody to Love," a fundraiser auction and concert for the Sioux City Conservatory of Music

WHEN: Begins at 6 p.m. Saturday

BECOME A ROCK STAR: Wanna join in on a community-wide tribute to Queen. Text 712-574-1751 and bring a musical instrument to play and shred it like Queen's Brian May.

No, we won't mock you for knowing "Bohemian Rhapsody" from that "Wayne's World" movie nor will we shoot you with the ol' skunk eye for associating "We Are the Champions" and/or "We Will Rock You" with every sporting event you've been to for the past 40 years or so.

You see, the music of Queen has been a part of everybody's real-life soundtrack ever since Freddie Mercury donned spandex for the first time.

With a catalog that included such classics as "Somebody to Love," "Under Pressure" and "Another One Bites the Dust," you've probably heard more Queen songs than you think.

Here are a few things you should know about your favorite glam rockers.

Written by Freddie Mercury as a six-minute suite consisting of an intro, a ballad segment, an operatic section, a hard rock diversion and a concluding coda, "Bohemian Rhapsody" has topped the best selling charts at least four different times. It sold more than a million copies when it was released as a single in 1976. It reentered the charts upon Mercury's 1991 death. It got renewed attention after being featured in 1992's "Wayne's World" movie. After the release of 2018's "Bohemian Rhapsody" -- a big screen biopic with Rami Malek -- caused the song to top the charts, worldwide, all over again.

A ROLE TO SIC YOUR TEETH INTO

Speaking of Rami Malek, the Oscar-winner needed to be fitted with a fake nose, extra teeth and extra chest hair in order to play Freddie Mercury.

A WORD OF ADVICE FROM THE 'KING OF POP'

Michael Jackson reportedly convinced Queen to release "Another One Bites the Dust" as a single.

PLUS A DISS FROM THE 'THIN WHITE DUKE'

Queen apparently didn't get along with David Bowie during the time of their "Under Pressure" collaboration.

School of rock ... and much more

The nonprofit Sioux City Conservatory of Music offers lessons in many types of music, including playing an instrument, vocal training and song writing.

Trumpets have been used to signify the start of battle, to cast a mournful motif at funerals, and to create a festive soundtrack for all sorts of celebrations, the legendary Vince DiMartino said. It can also really make a Christmas party swing.

The singer, whom the iconic musician Chet Atkins once said was "single-handedly saving country music," is bringing his Bluegrass and Christmas show to a Sioux City audience.

Sioux City Conservatory of Music co-founder Ron Emory rehearses Florence and the Machine's "Dog Days Are Over" with music students looking on.

Sioux City Conservatory of Music's Ron Emory prepares students for a special "Find Me Somebody to Love" fundraiser that will be held at 6 p.m. Saturday at the Orpheum Theatre.

Ever heard John Lennon's "Imagine" played on ukuleles? Um, the results are ... interesting? See this group perform when Sioux City Conservatory of Music students take the stage at the Orpheum Theatre Saturday night.

Ron Emory, best known as one of the founders of the pioneering punk rock group T.S.O.L., jams with Zack Pickens, a guitarist with the Sioux City-based Port Nocturnal. Pickens is also an instructor at Emory's Sioux City Conservatory of Music.

Sioux City Conservatory of Music student Jose Juarez learns the chords for Florence and the Machine's "Dogs Days Are Over."

Freddie Mercury of the rock band Queen is shown in a July 1986 file photo.