Become a Member
Read Today's E-edition
Share This
THE RIGHT PAIR: Wine pairing takes skill (or an expert)
0 Comments
Share this
1 of 3 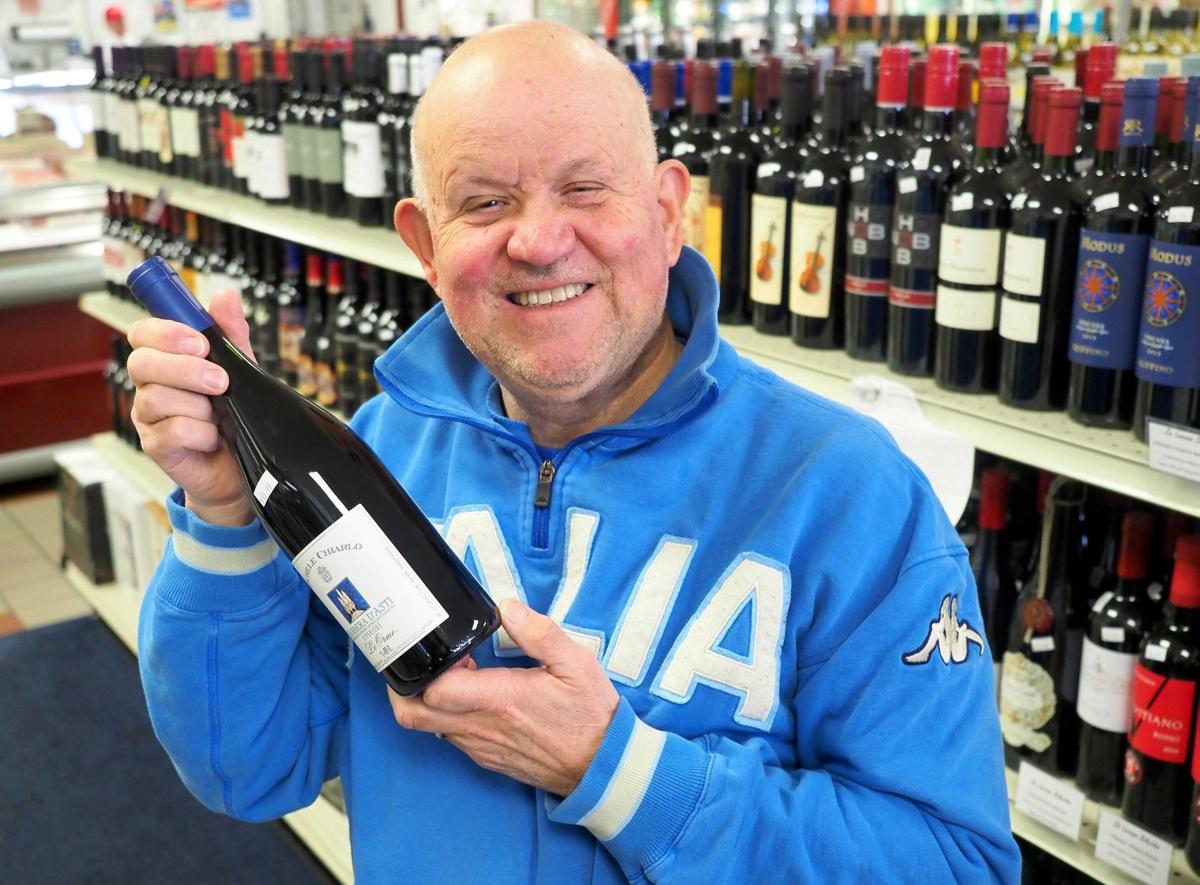 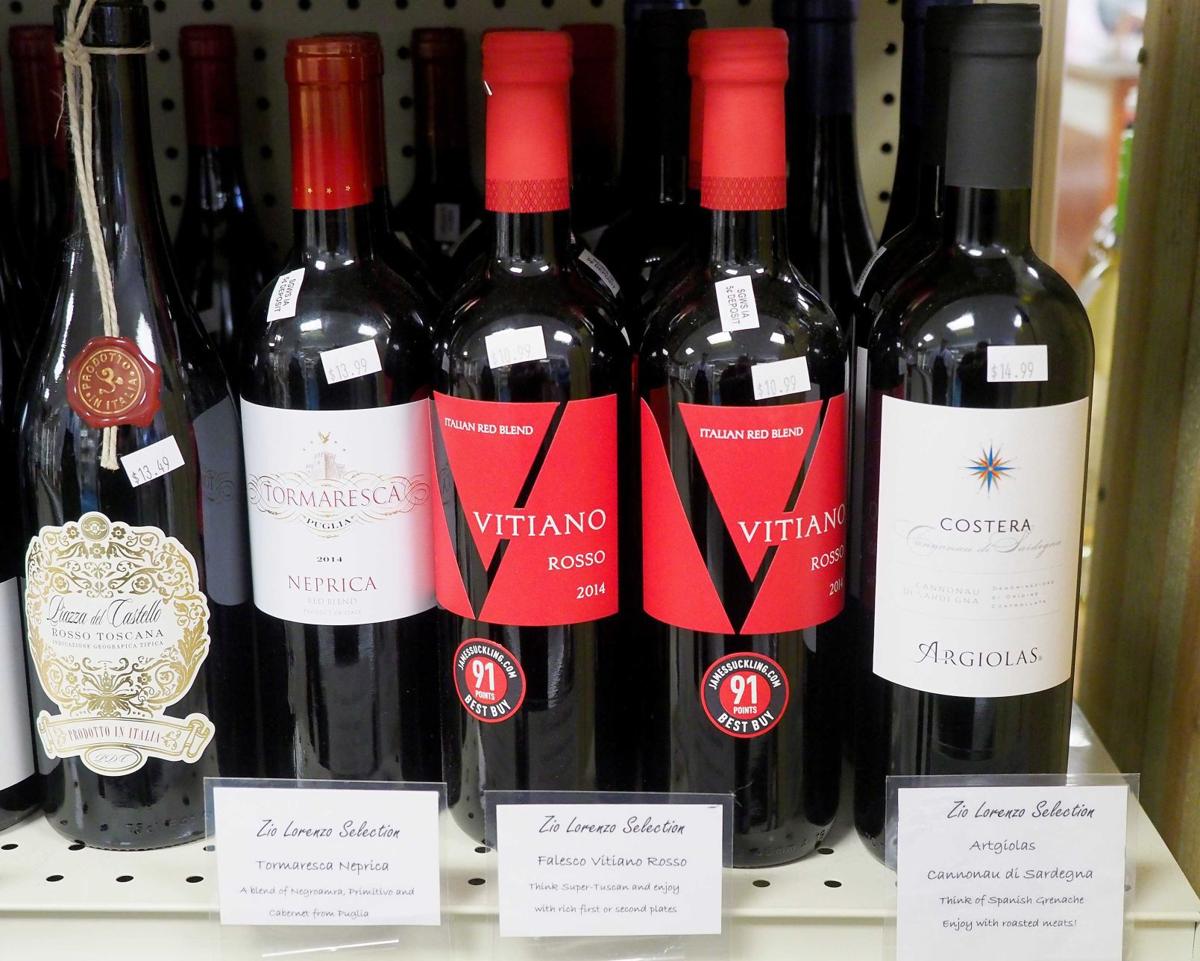 Look for wines at Braungers Steak and Wine Co. with the Zio Lorenzo Selection seal of approval. 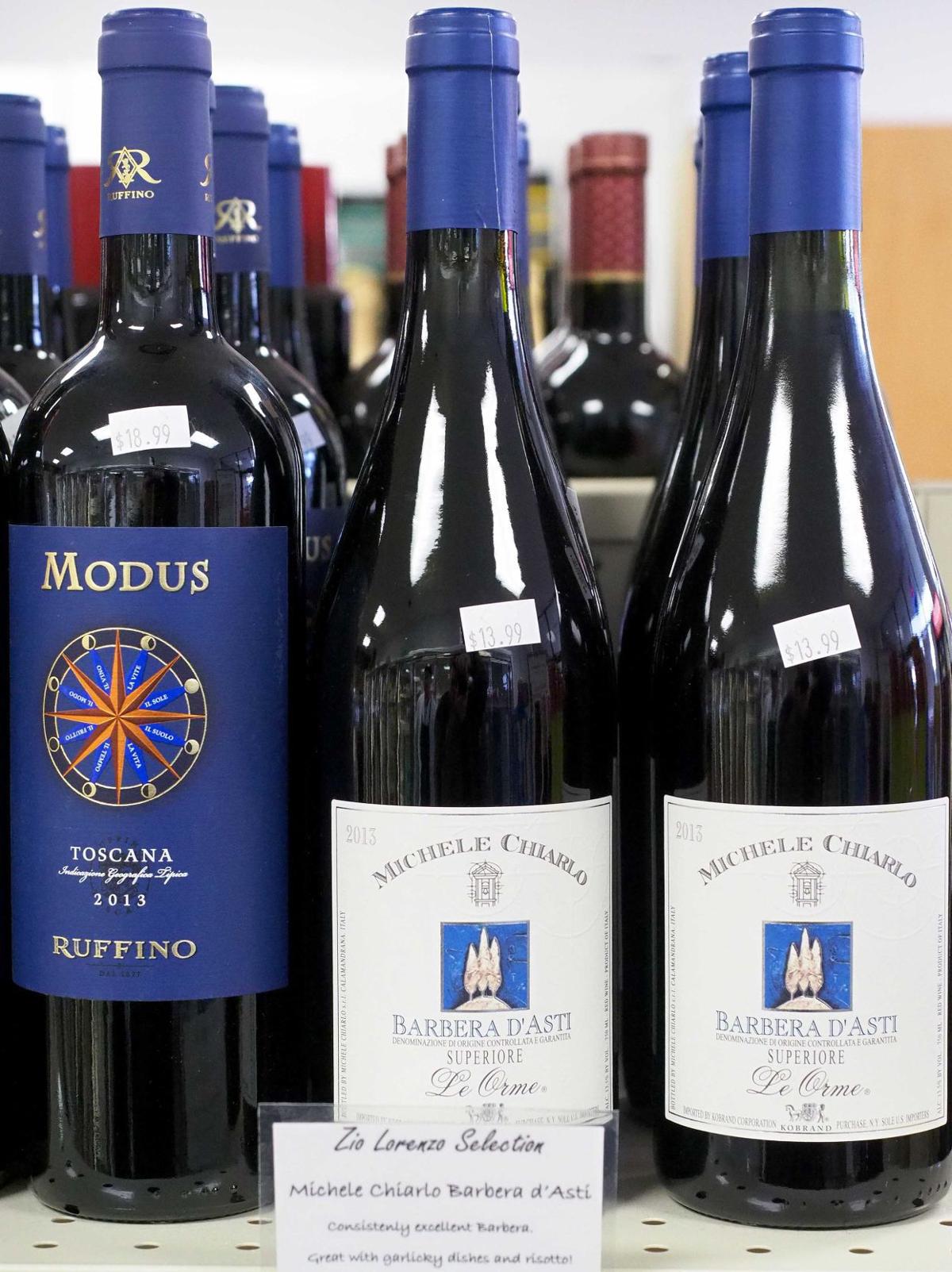 Wines in the Zio Lorenzo Selection are primarily from Italy.

Braungers Steak and Wine Company lives up to its name.

Upon entering the Hamilton Boulevard market, one could attest Braungers’ small space is predominantly filled with selections of fresh meat. Beef, pork, poultry, fish – everything is accounted for, including the guys dressed in white aprons and hats working behind the counter preparing each cut with precision and care.

So the “Steak” portion of Braungers is covered. What about the “Wine?”  Well, the shop has packed a few aisles’ worth of bottled wine a few feet away from the entrance. They’re arranged simply; not crowded onto high shelves. Many of the labels are unfamiliar and they share fancy names I can’t pronounce.

Zio Lorenzo is actually the Italian nickname of local wine enthusiast Larry Theobald – the moniker translates to “Uncle Lorenzo,” or Uncle Larry. Theobald has handpicked these particular labels not just because he likes them (though he most certainly does), but because he believes they are some of the most unique wines Siouxlanders will ever be exposed to in a supermarket setting.

And not just any wines -- Italian wines.

Theobald guessed he has spent at least one-third of the past 20 years or so living somewhere in Italy. In 1998, he and his wife formed their own bike tour company called CycleItalia. Based in the Italian region of Piedmont, the organization combined avid cycling with gastronomy, which directly influenced Theobald’s interests in Italian wines. But he admitted it wasn’t just a business interest.

“It also happens to be fun,” he said.

A love and an appreciation for Italian wines soon fostered. And it’s not hard to understand why. The country is known for being one of the oldest wine producing regions in the world, having more than a million vineyards throughout the country.

When the time came for Theobald to return to his home in Sioux City, he’d actively search for Italian wines. That’s when he stumbled upon Braungers Steak and Wine Co. He remembered eyeing a particular bottle for sale: Ruffino Orvieto Classico.

“We spent some time living not too far from Orvieto, the town from Italy,” said Theobald. “And I was familiar with the grape.”

Theobald purchased an entire case. Braungers Steak and Wine Co. manager Steve Hein said to him, “You’re cleaning me out on this!” The wine connoisseur quipped, “Well you’re a wine store, get more! As a matter of fact, what else can you get?”

After speaking with Hein, Theobald asked to look through Brangers’ distributor list to see what kinds of Italian labels were available. Having visited many of the wineries in that country, Theobald was confident he’d be able to find some of the best wines for the store to include in aisles. That’s when Theobald came up with an idea.

“Let’s start a little wine club,” he told Hein. “I’m going to show you that there’s interest in these wines that nobody else stocks. Your distributors obviously get them, but nobody around here stocks them. Trader Joe’s or Whole Foods are not going to come here; we don’t have the demographic here. So if we want these things, we have to get them.”

Interested in Theobald’s plan, Hein tested the waters and ordered the cases of wine. Theobald paid for the newly arrived labels and spread the word to friends, customers and other oenophiles (people with a love of wine). “Everybody loved it,” said Theobald. Afterward, a demand was set in place.

“They’d get together and try ‘em,” said Hein. “The ones they liked the best are most of the ones we brought in here.”

Now a steady influx of Zio Lorenzo Selection wines has emerged at Braungers. The bottles all come from Italy and are what Theobald calls “price performers,” a term he said he borrowed from his father-in-law which means they’re “good enough for Sunday” but “cheap enough to have every day without breaking the bank.”

Theobald said, “That’s what the goal was. There are some wines that have some unique characteristics and flavor that aren’t just the standard new world wines that all pretty much taste the same.”

Braungers hasn’t always had an extensive wine selection, but for the last 12 years the market has offered bottles alongside other grocery items. “They started carrying wine before I came here, and that was 11-and-a-half years ago,” he said. “But we’ve expanded it and really enhanced what we carry here.”

It’s not uncommon for customers to venture over to the wine section after purchasing a good cut of meat. Hein is proud of the prices of the bottles, which remain relatively low. “We don’t mark our wine up as much as the big stores do,” he said. “They can get it for what it might cost on sale one week a year at the grocery store – we got it that price all the time.”

“I’ve had people come in saying, ‘I want to see those Italian wines,’” said Hein. “Several of them bought some to try.”

What’s the appeal? Theobald said the Italian wines available in the Zio Lorenzo Selection provide something different for customers.

“Most of the new world wines tend to be kind of mixed up to a specific formula,” he said. “They want a nice, thick body, high alcohol, usually want an oak flavor – we call ‘em alcohol fruit bombs. Italians can do that but then they’re just like everyone else. They want to make wine that reflects the region they come from.”

A region Theobald cherishes and wants to share with the people of Sioux City. Having wine at a meat market is just an added bonus.

Aaron Sailer is a mad scientist when it comes to making memorable donuts.

Paws N Claus: Now's the time to get a snapshot with you and your pet

A dog is man’s best friend, but I have a feeling my canine companion won’t like me too much once I dress him up in holiday-themed garb for a p…

It pays to be schooled on cooking fish at home

SIOUX CITY | When it comes to fish, people definitely suffer from a fear of frying ... or broasting or grilling, for that matter.

Look for wines at Braungers Steak and Wine Co. with the Zio Lorenzo Selection seal of approval.

Wines in the Zio Lorenzo Selection are primarily from Italy.