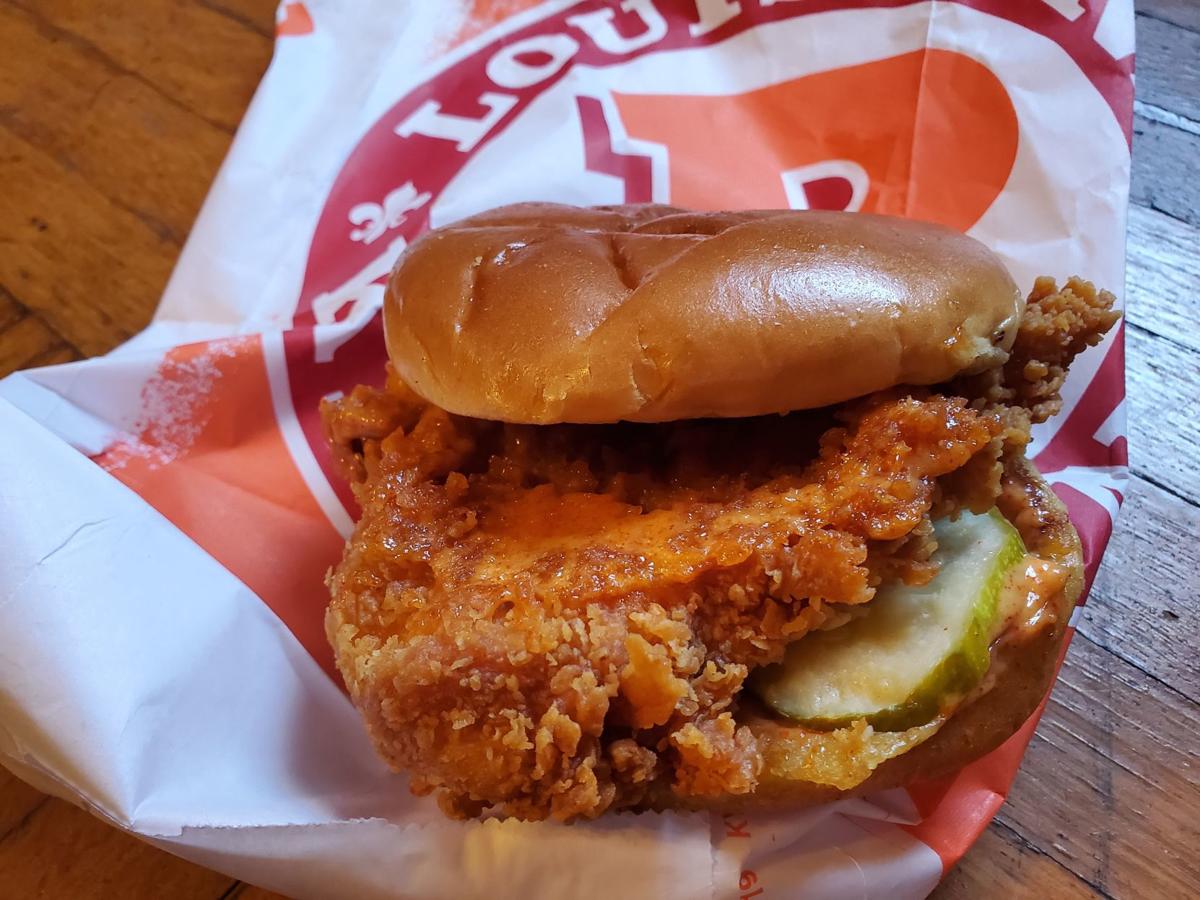 Is it hype or does Popeyes Louisiana Kitchen have a classic chicken sandwich on their hands? Weekender taste testers were salivating at the thought of weighing in. 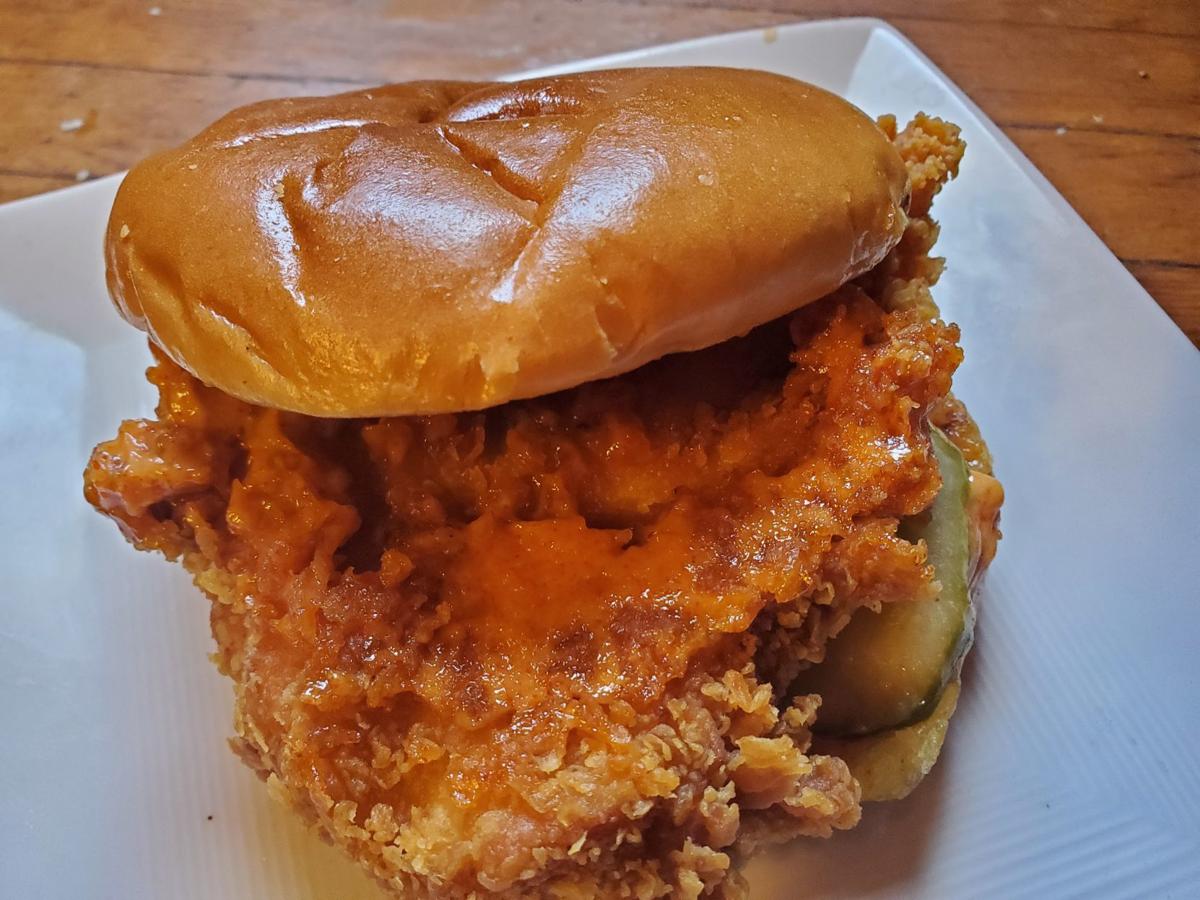 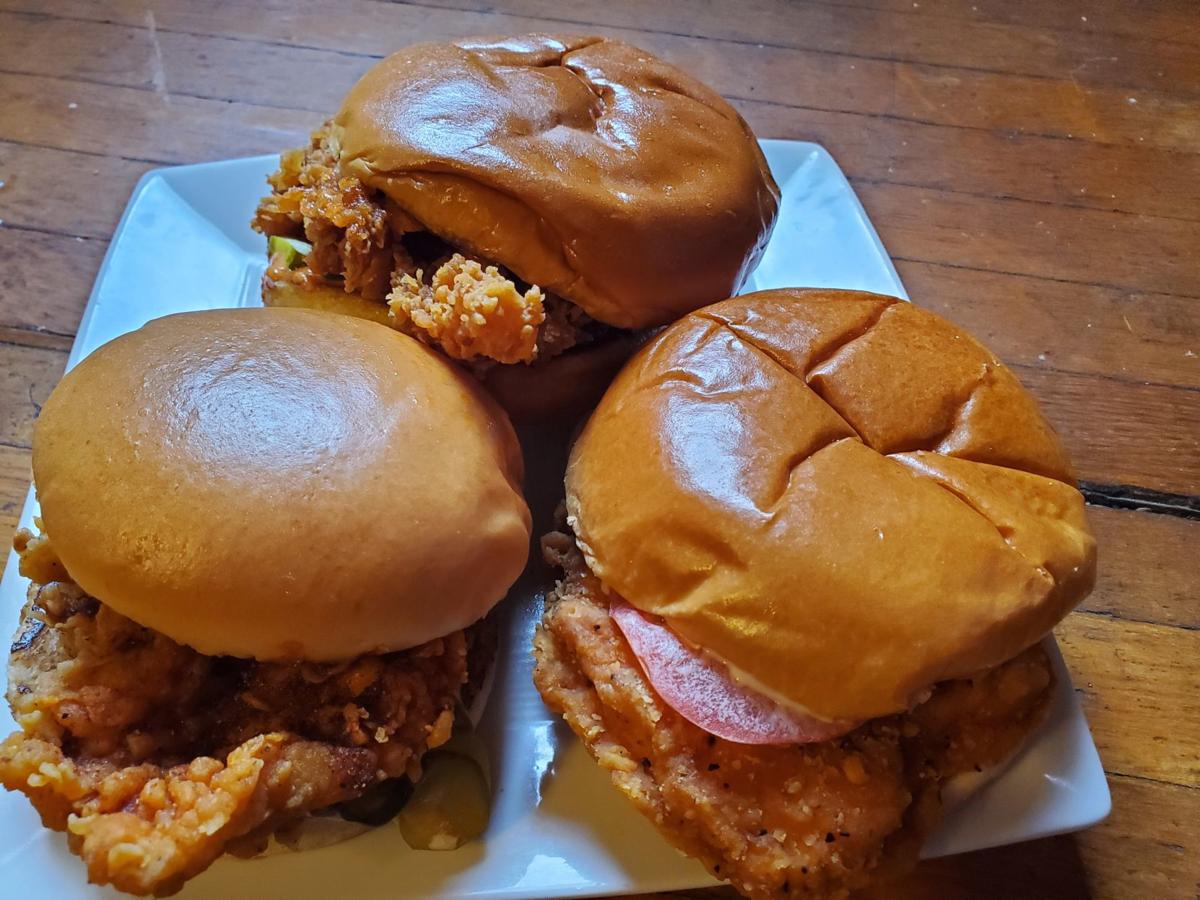 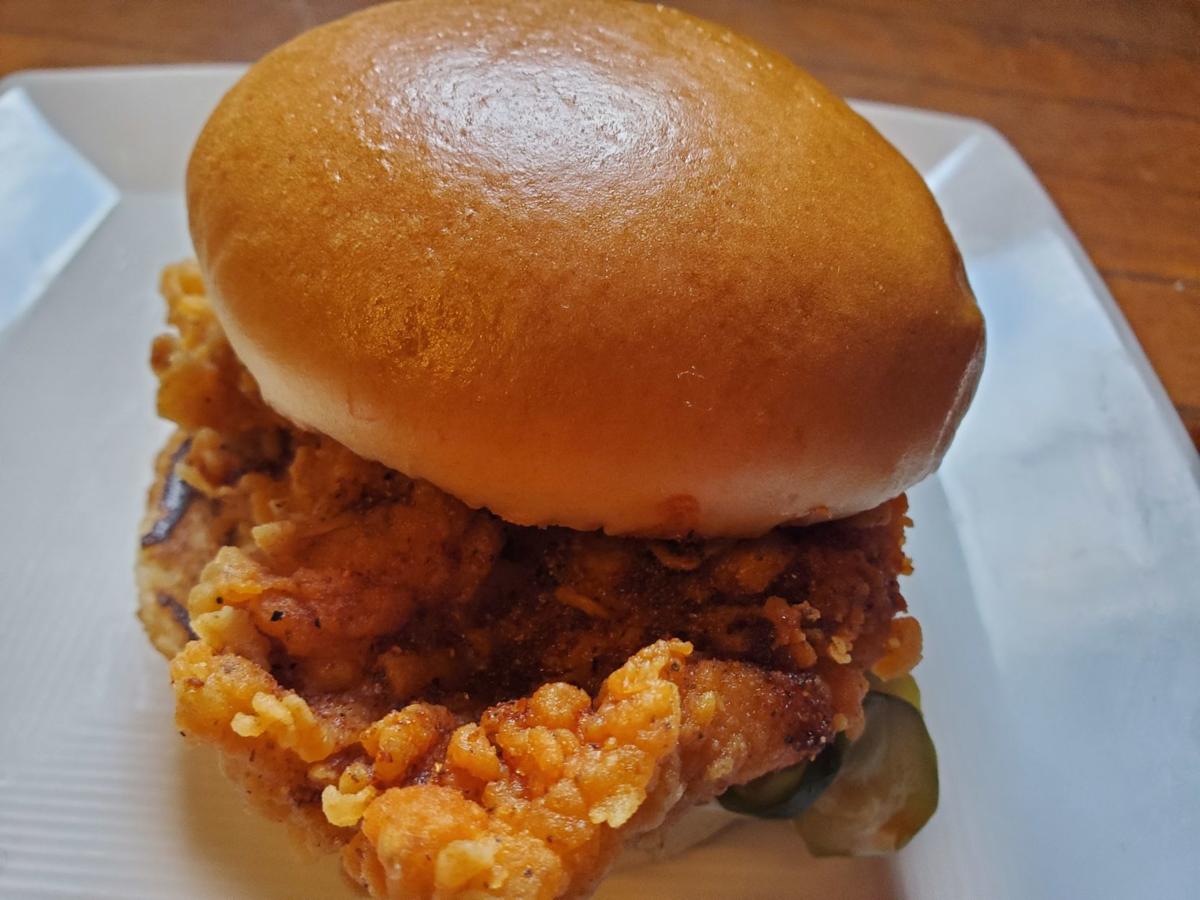 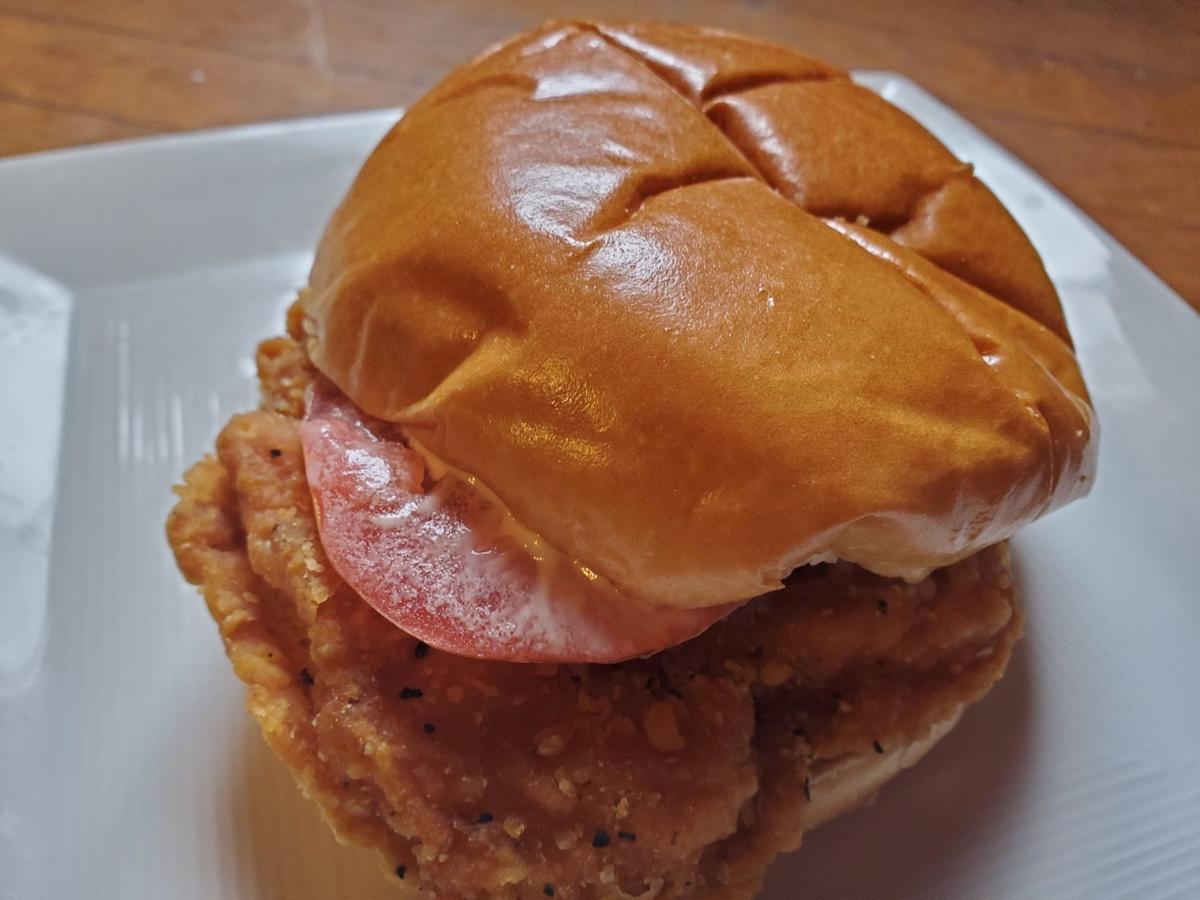 It's easy to be cocky about this fowl fact: the bwak is back and Popeyes Louisiana Kitchen is shoving it into a fancy-ass bun!

Let us backtrack a bit: in August, the popular Popeyes chain of restaurant created a chicken sandwich as a way to compete with rival restaurant Chick-fil-A.

An instant hit with customers, Popeyes rode the crest of free publicity as news of its chicken sandwich went viral. News coverage began focusing on long lines and industry insiders estimated that the restaurant garnered an estimated $23 million in buzz alone.

A promotion that was supposed to last until late September, the Popeye chicken sandwich was discontinued after two weeks.

The corporate types squawked about running out of food while desperate consumers pecked its dissatisfaction. There were news of fistfights, lawsuits and a report of, at least, one canny capitalist offering a Popeyes Spicy chicken sandwich on eBay, selling it for a cool $7,000!

However, a holiday miracle occurred on Nov. 3. That is when both Popeyes Chicken Sandwich -- a fried chicken breast, served with pickles and mayo on a brioche bun -- and its spicy brother -- the same sandwich served with a Cajun sauce -- made a return visit to its menu!

We decided to taste-test chicken sandwiches from three different national chains to see how they stacked up. First, a disclaimer. Our taste-testers desperately wanted to do a side-by-side comparison between comparable chicken sammies from both Chick-fil-A and Popeyes. Sadly, our taste testing occurred on a Sunday, when all Chick-fil-A outlets were closed.

Despite that error in timing, here are our findings.

WHAT'S IN IT: "A juicy chicken breast marinated in our unique, fiery blend of peppers and spices ... cooled down with crisp lettuce, tomato and mayo," according to Wendy's website.

WHAT WE GOT: Sadly, an asterisk. You see, Wendy's is one of the many chains impacted by a Romaine lettuce recall after a national E. Coli outbreak was detected. That meant our sandwich looked a bit bleak without the crunch of leafy lettuce.

HOW DID IT TASTE: Discounting the lettuce factor (which will not go into our grading), here's what we liked about Wendy's offering: The chicken breast was quite generous in size and it wasn't overly sauced -- a recurring problem with Wendy's specialty items. Plus the brioche bun was a nice touch. What didn't we like about it? For a sandwich touting its spiciness, Wendy's offering was surprisingly -- and distressingly -- mild.

SATISFYING SQUAWK OR A DISAPPOINTED BWAK: Even when taking the lack of lettuce out of our judging, Wendy's spicy bird sandwich could've been much better. The raw ingredients -- juicy chicken breast, quality bun -- were there. They just needed to raise the spiciness.

WHAT'S IN IT: A true Nashville Hot Chicken Sandwich is a piece of chicken, marinated with spices and flour before given a Cayenne pepper bath. The spicy chicken is then joined by a crap-load of pickles and served between two pieces of white bread.

WHAT WE GOT: While KFC got most of the classic Nashville Hot formula down pat, it replaced the white bread with a peculiarly shaped bun that made it look like a Martian masquerading as a sandwich.

HOW DID IT TASTE: We can overlook a sandwich's aesthetics but we can't overcome taste. While it did boast the tinge of Cayenne, it was too diluted to have much impact. Unlike the other chickens sampled, KFC's version had a few hard pieces. In theory, this would give it a less corporate taste. In reality, it just made the sandwich gross.

SATISFYING SQUAWK OR DISAPPOINTED BWAK: If that wasn't enough, KFC's Nashville Hot was the smallest of the sandwiches tested. This was a misfire for the chain made famous by the strength of its chicken.

WHAT'S IN IT: A chicken breast filet marinated in Popeyes spices before given a buttermilk spa treatment. It is then slapped with a bunch of pickles, slathered with a spicy sauce before going inside of a lightly toasted brioche bun.

WHAT WE GOT: If the above description says something, it is that this is one well-thought-out sandwich. Each element contributes something towards the greater good.

HOW DID IT TASTE: From first bite to last, we enjoyed the soft breast meat which was flavorful enough that it didn't become overwhelmed by the spicy sauce or the sour pickles. The buttered Brioche gave another taste element in addition to keep the sandwich together.

SATISFYING SQUAWK OR DISAPPOINTED BWAK: We wouldn't get into a fistfight over it nor would we shell out $7K on eBay for one. Having said that, Popeyes does have winner on its hands. It isn't super-spicy but it did leave our lips tingling. While it isn't a Bird-zilla, the size was plenty big for us. Does it deserve the hype? Bottom line, it is just a fast food chicken sandwich. But it really is an exceptional one at that.

Is it hype or does Popeyes Louisiana Kitchen have a classic chicken sandwich on their hands? Weekender taste testers were salivating at the thought of weighing in.